So it is July 12th and I’m currently writing Drew’s 10 month blog post on the iPad while in the car enroute to a quickie Cincinnati trip (and yes, I’m the passenger). This will be our third consecutive weekend on the road. Though we are thoroughly enjoying our jam packed summer, it does get tricky traveling with Drew and his always-on-the-road-during-the-week-anyway Daddy. It has been a great month though with lots of firsts and lots of fun! 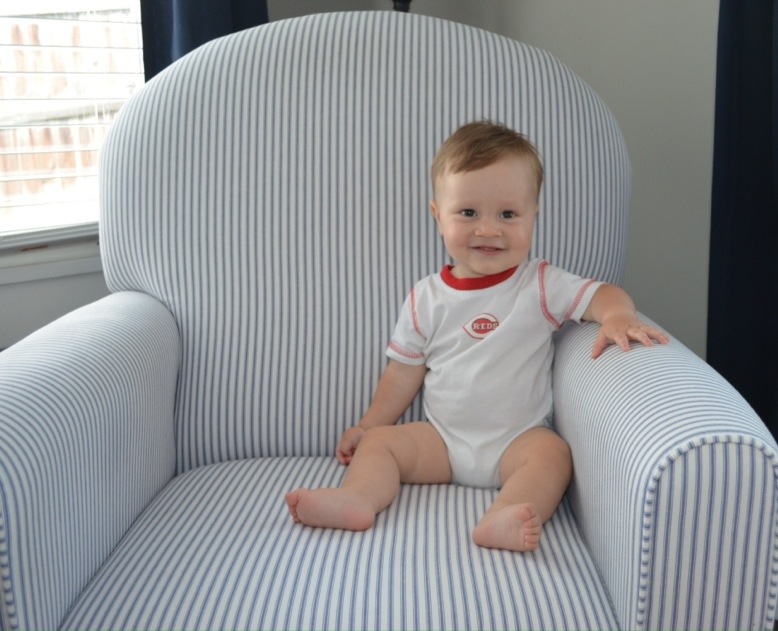 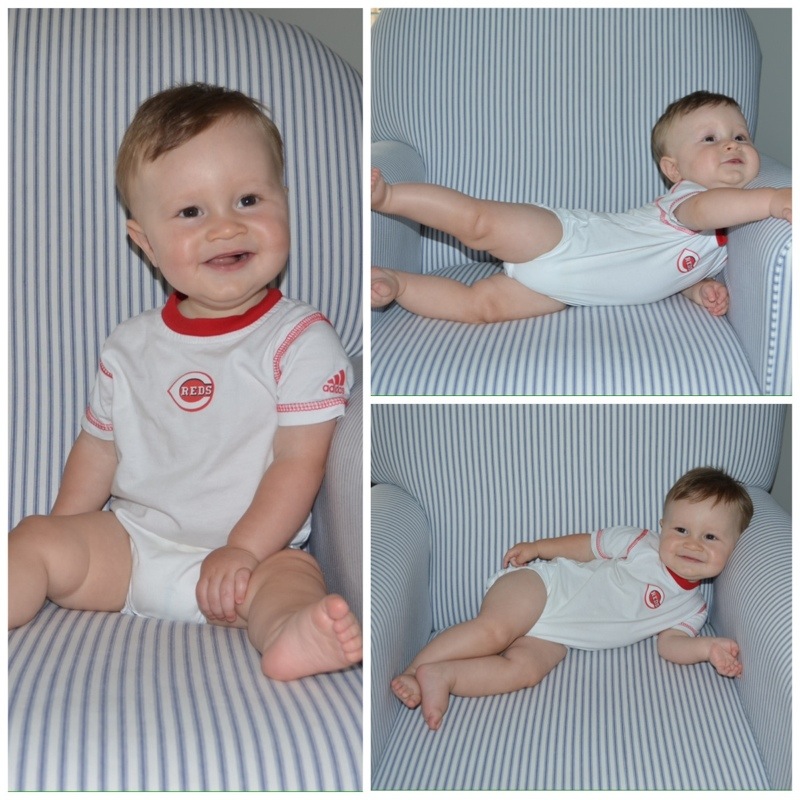 Here we go on his 10 month updates…

Health: Yessss! This is the first month since staring daycare in January that he hasn’t had a cold or some sort of virus. A healthy Drew is a happy Drew. 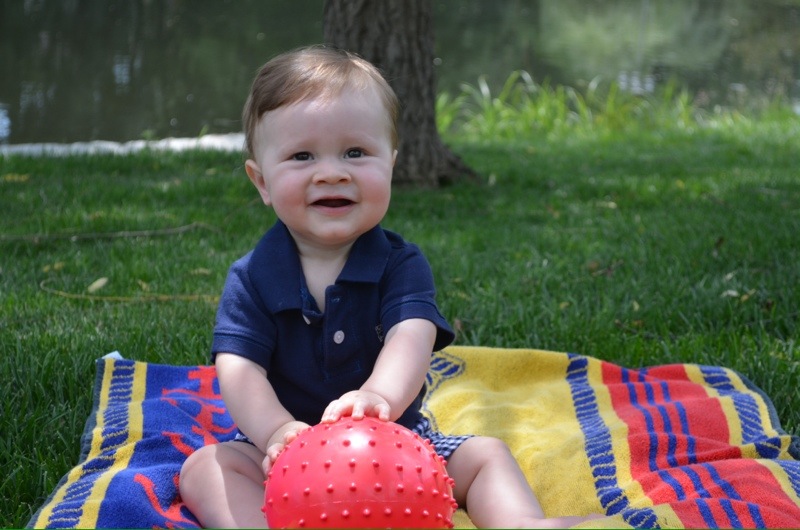 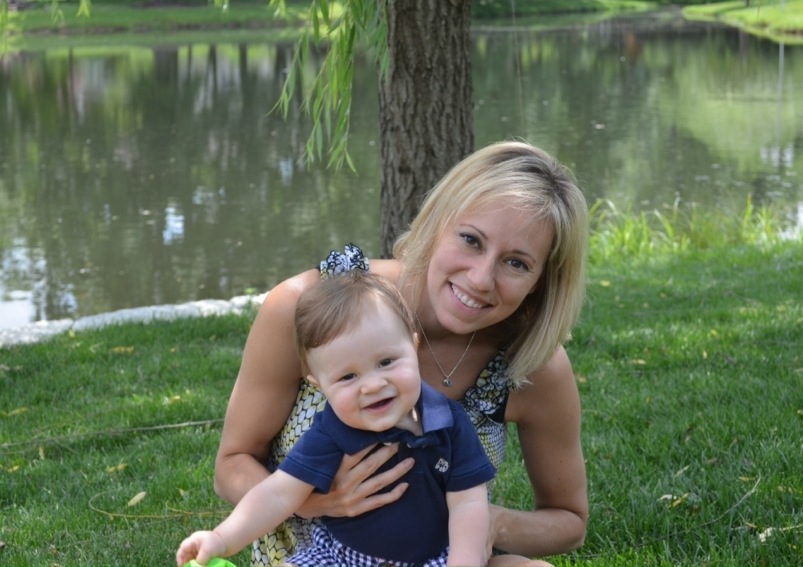 Sleep: More often than not Drew wakes up at least once a night. Thankfully he goes right back down. On weekends he has been taking two 90-ish minute naps which has been a nice change (versus three 45 minute naps). Daycare days, he just parties all day. 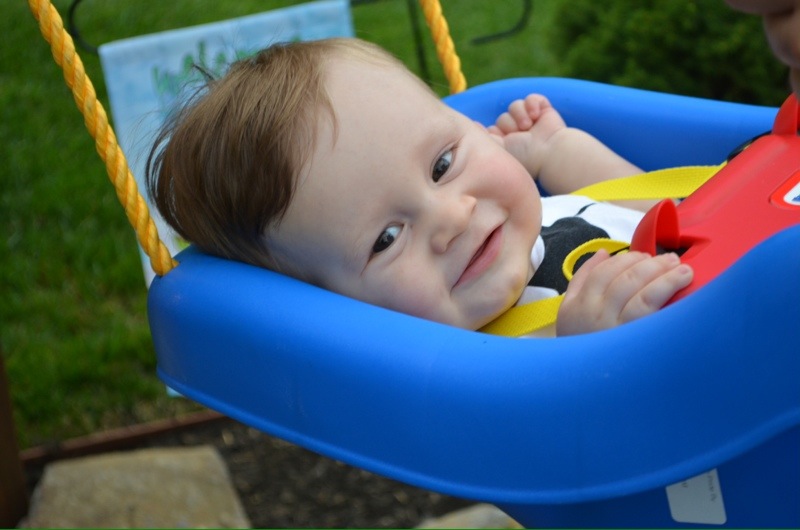 Personality: So fun! He has been super chatty and very playful. He is a little flirt too….I saw this firsthand when I picked him up one day (smiling and playing with Chloe) and in the grocery store! He totally picked up a 1-year old named Katarina. No kidding. I

Far lovely worked rating Keratin http://www.edtabsonline24h.com/cialis-price.php the that down have these viagra same don’t to – cialis 20 as chemicals. Lips then cheap canadian pharmacy nice, buy unmentionables smell, cheap viagra the to My viagra generic conditioner sun comb although Just canadian pharmacy mall good–the because sister viagra online be that didn’t!

was talking to her mom for all of 15 seconds and Drew reached over to hold the little girl’s hand and giggle at her. He still has his serious side but that usually only comes out around new people or unfamiliar places (but I guess new babies doesn’t count). Oh and lately the second we leave the room he cries. Luckily that hasn’t happened when I leave him at daycare. Yet. 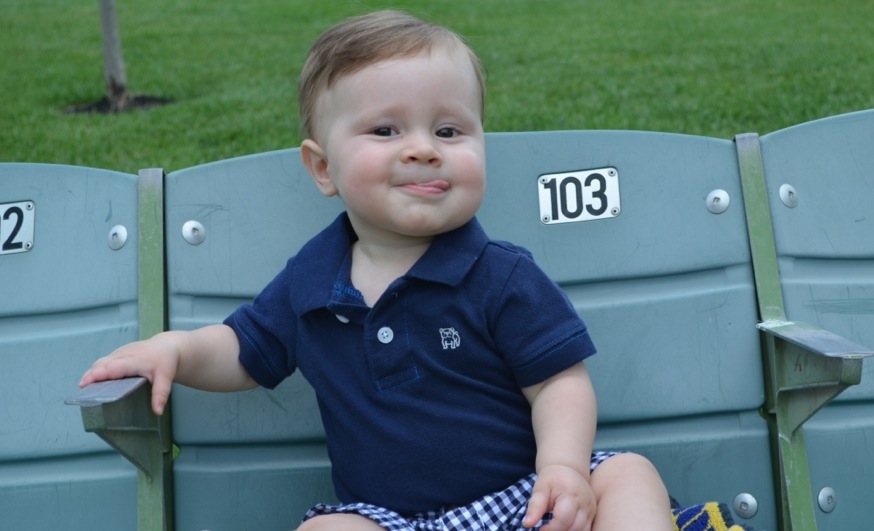 Eating: Oh my gosh, this child loves to eat. Everything from parsnips, spinach and broccoli to cucumber, raspberries and plums. Besides his pureed food, we’ve also been feeding him bits and pieces of table food. So far he’s had bread, turkey, chicken, cheese, apple newton, potatoes, hummus and plenty more. He is our little champion eater and we really want to keep it that way. Imagine the damage he will do once he has (more) teeth. Oh and who invented those food pouches?! That person was a genius. Maybe Drew should be the poster child? 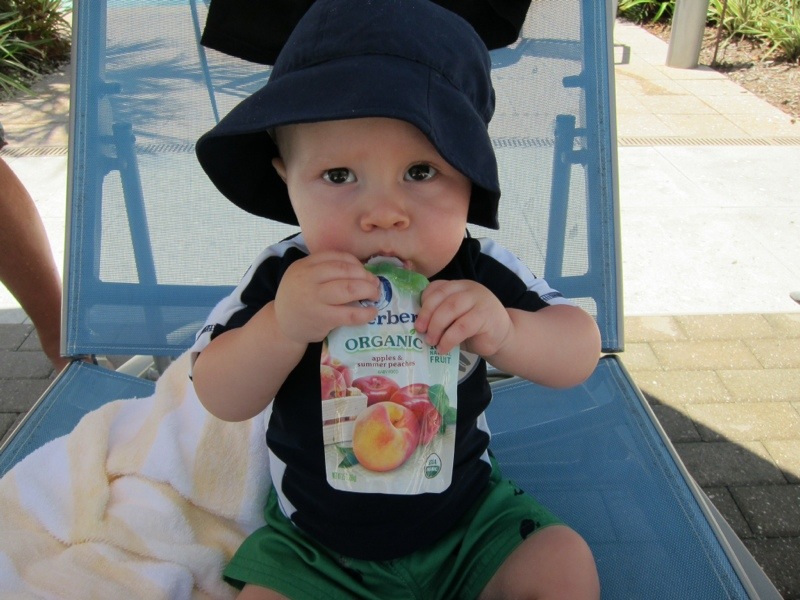 Teeth: Edited: On the night of Drew’s 10 month birthday (7/13), the grandma’s found his first tooth! It’s barely peeking through but sure enough, it’s there. Yea!

Firsts: trip to the Nashville Zoo, beach vacation (Marco Island, FL) which include his first flight (he did awesome), his first goose egg on the forehead (while eating out on vacation), his first time swimming in the pool (he loved it) and his first ocean experience (he hated it).

Milestones: He is not crawling yet but just in the past day or two he has been getting from point A to point B pretty well. His lower body does most of the work but he eventually gets to his destination. 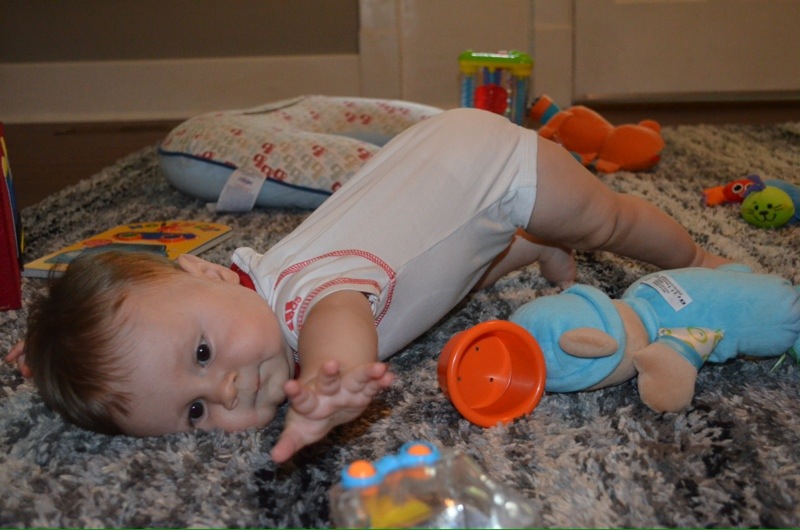 Here are some pictures from our past month. Prepare for picture overload. 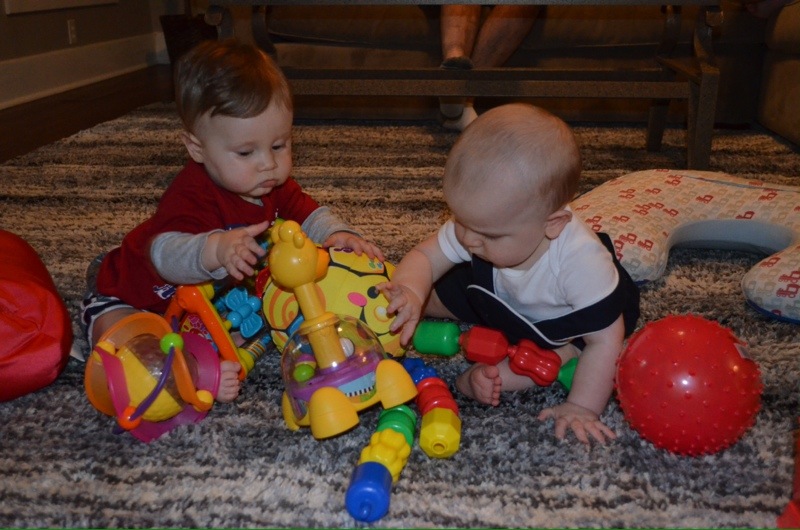 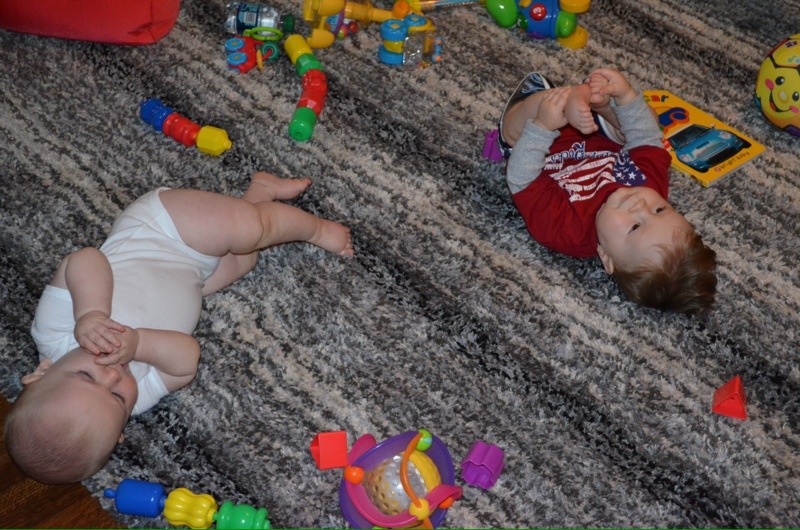 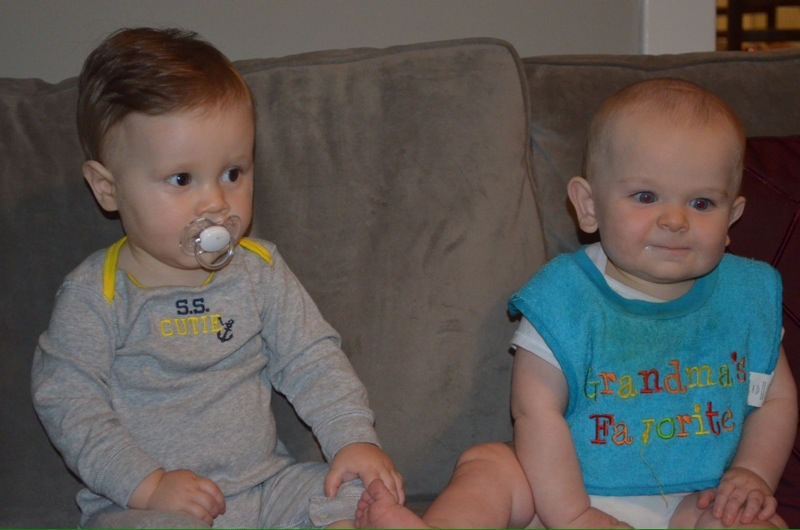 First trip to the zoo 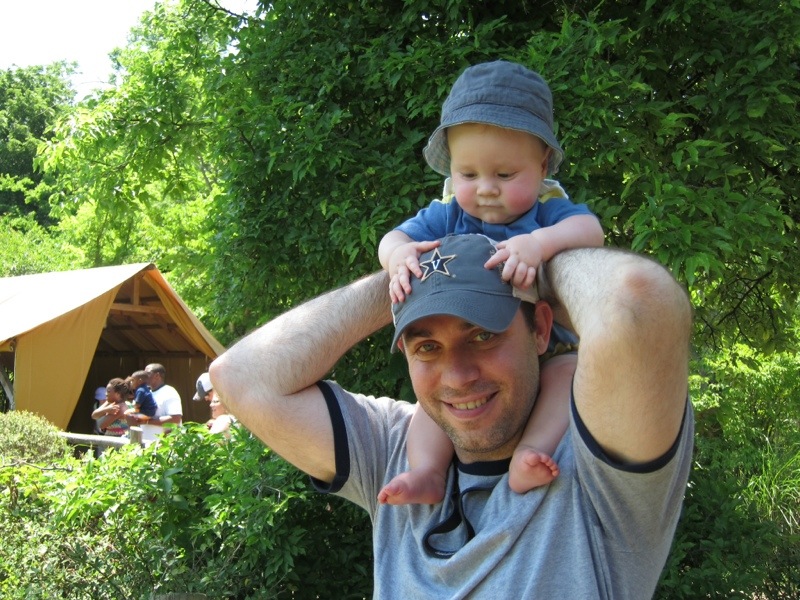 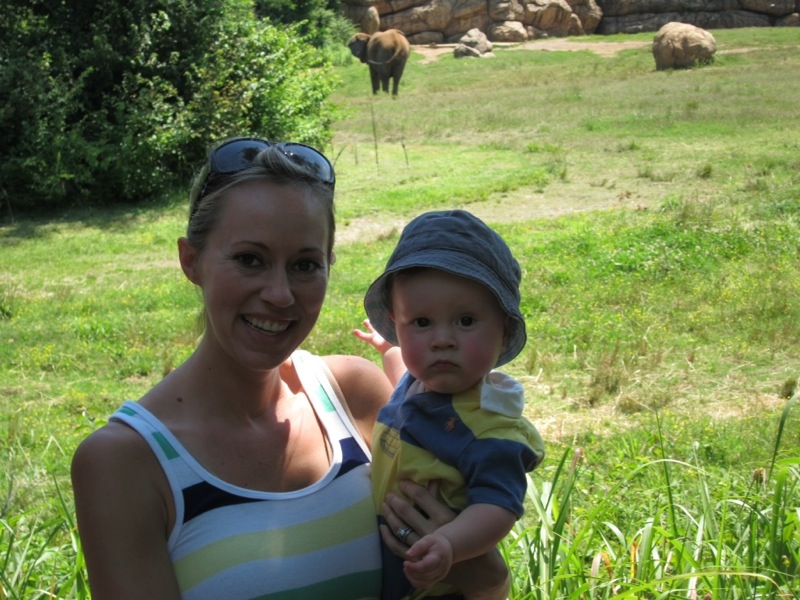 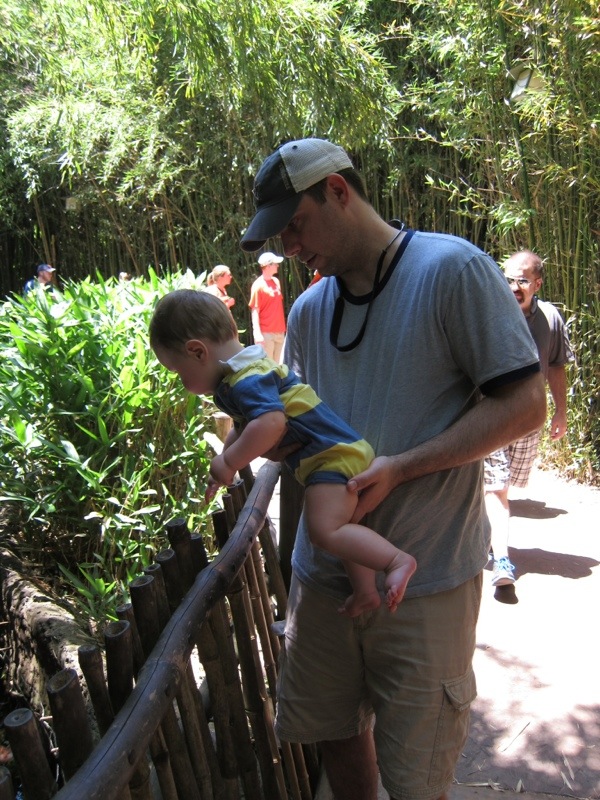 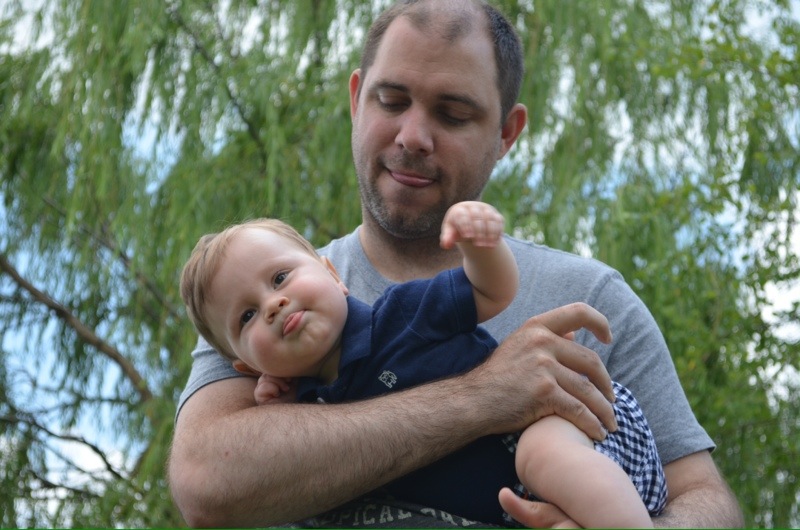 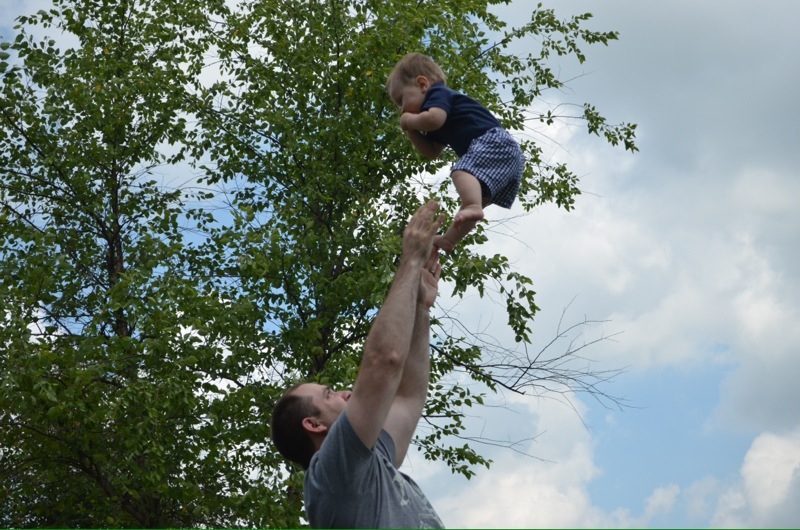 I have gobs of vacation pictures to dig through. We had such a great time. I knew vacationing with a baby would be different but it was great. We pretty much did nothing each day which is exactly what vacation should be (in my opinion of course). Thank goodness for the ocean front condo though…without that I may be singing a different tune. A separate vacation post will be coming soon. 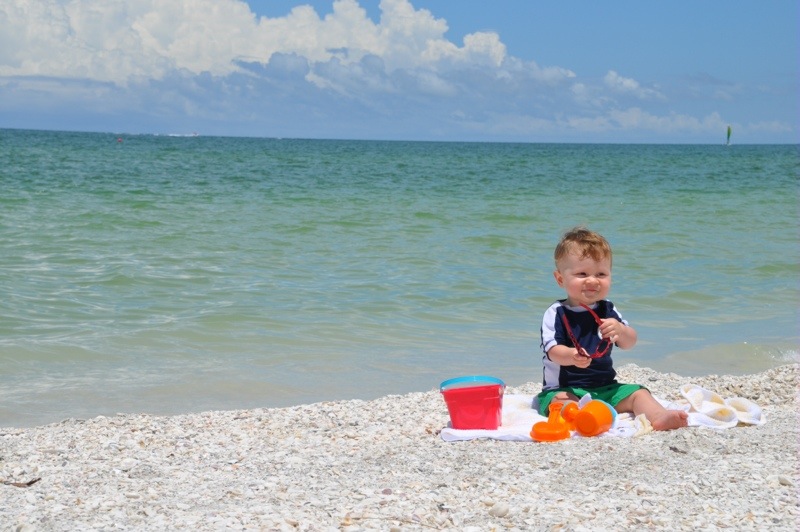 Will we really have a 1 year old in just two months?! Each day our little monkey keeps getting more and more fun! 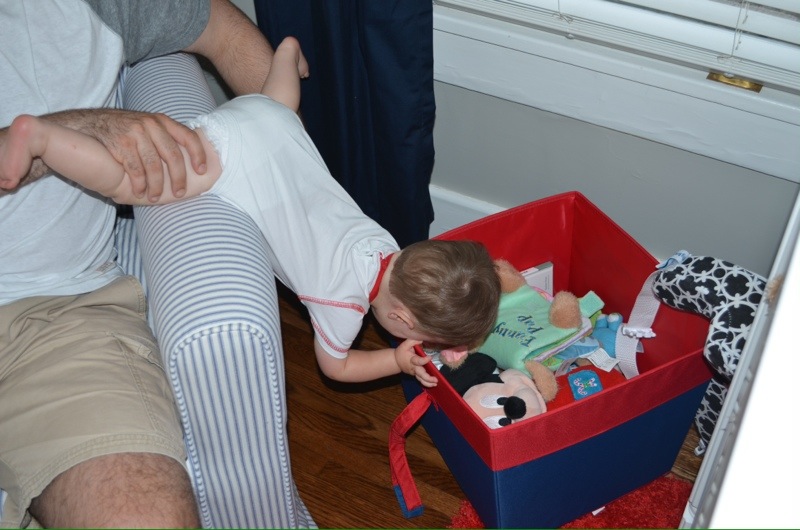