9 months old!! This month we’ve been enjoying tons of giggles, lots of shrieking and loads of Da-das (believe it or not, that one word can be said many different ways) – Drew is definitely excited to communicate with us. He is changing so fast right in front of our eyes. We’ve been loving the beginning of summer and not having many travel plans this month. 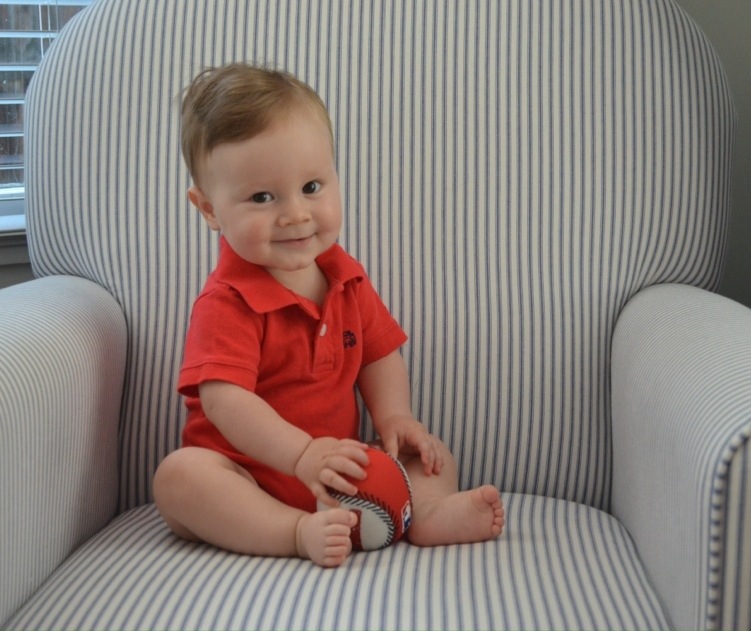 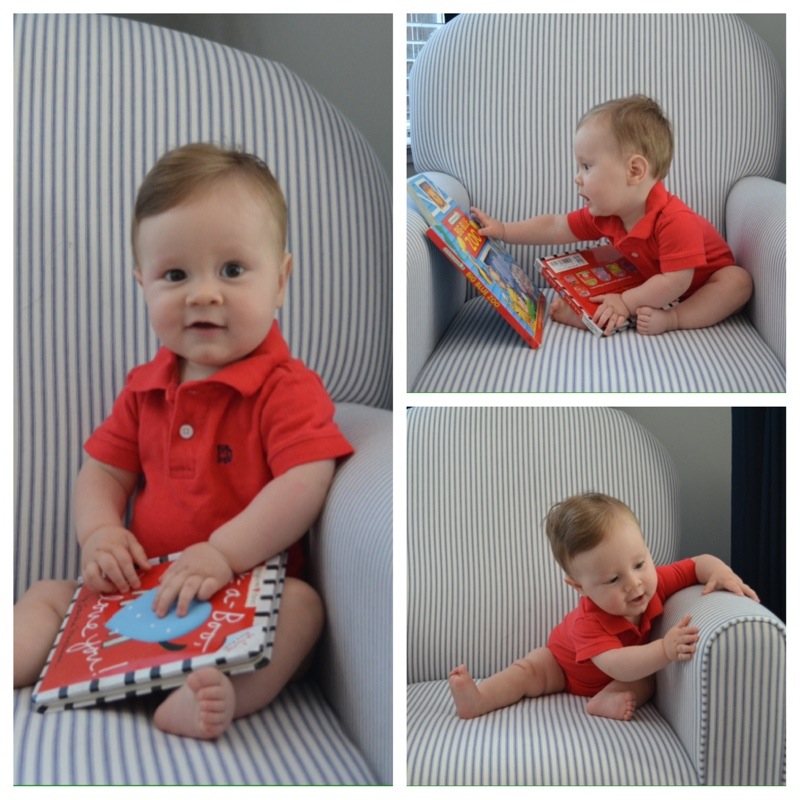 Random tidbits from this month:

Onto some pictures from this month…..

First time in the pool! Plenty more pool pics to come in a future post. 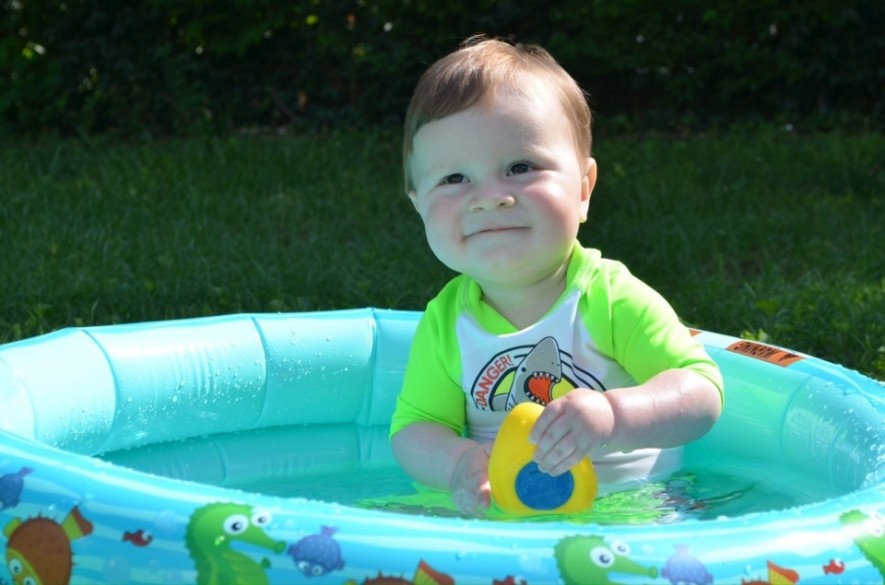 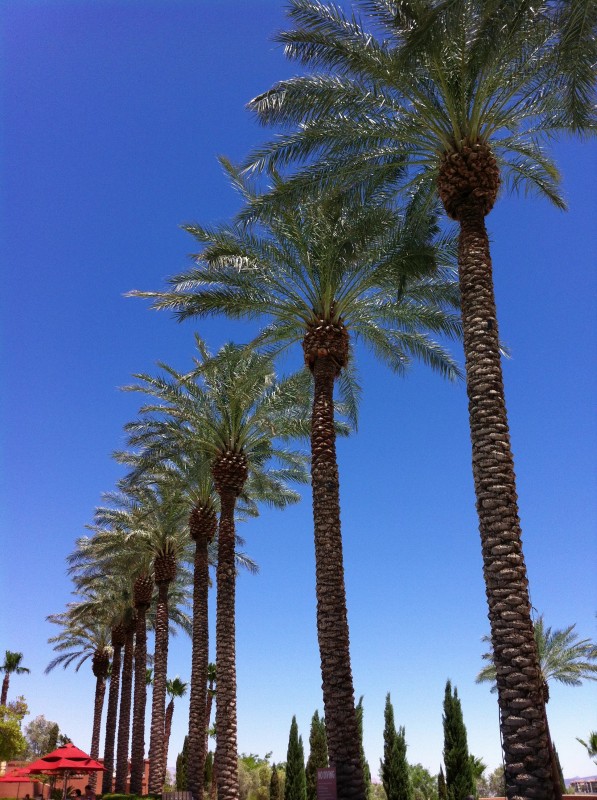 A little bit of the city…. 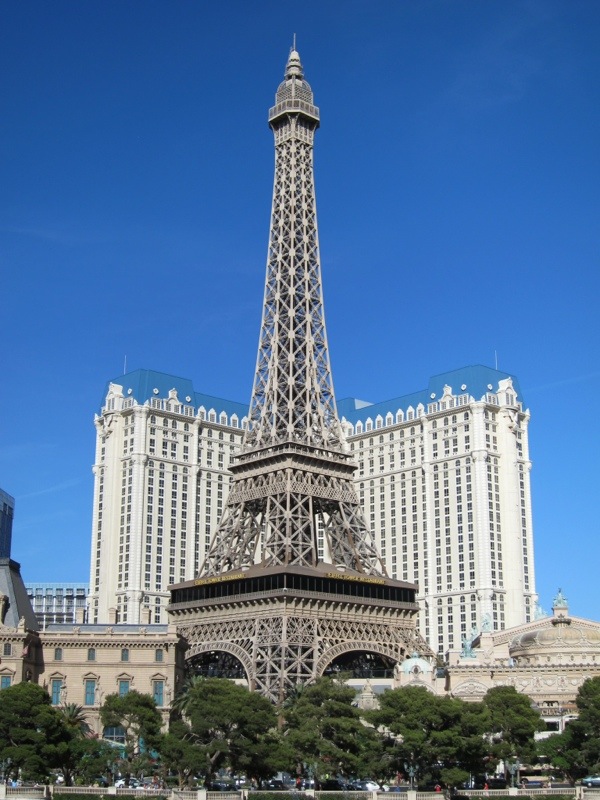 Oh and since Pete lives there, we thought we’d hang out with him for a bit. 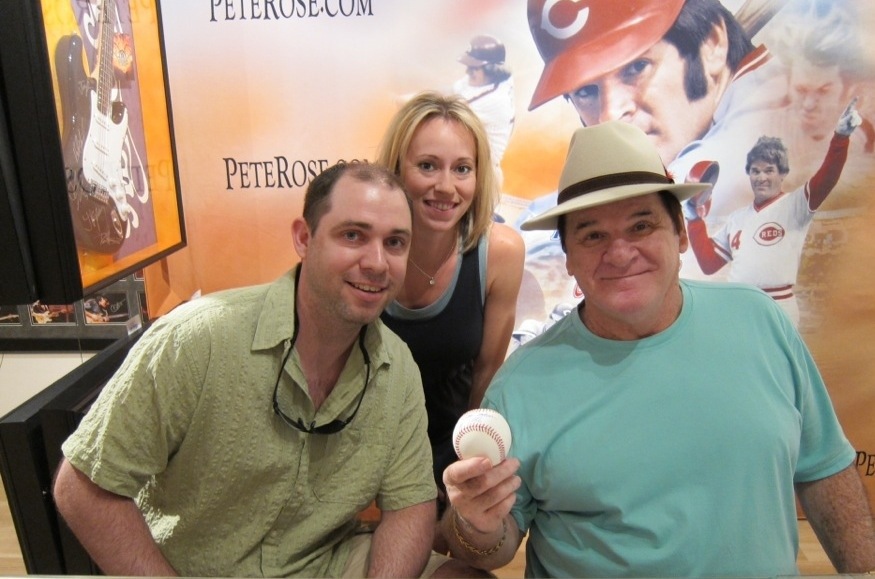 While we were away, Drew was spoiled by his Greulich grandparents and his Mom Mom: 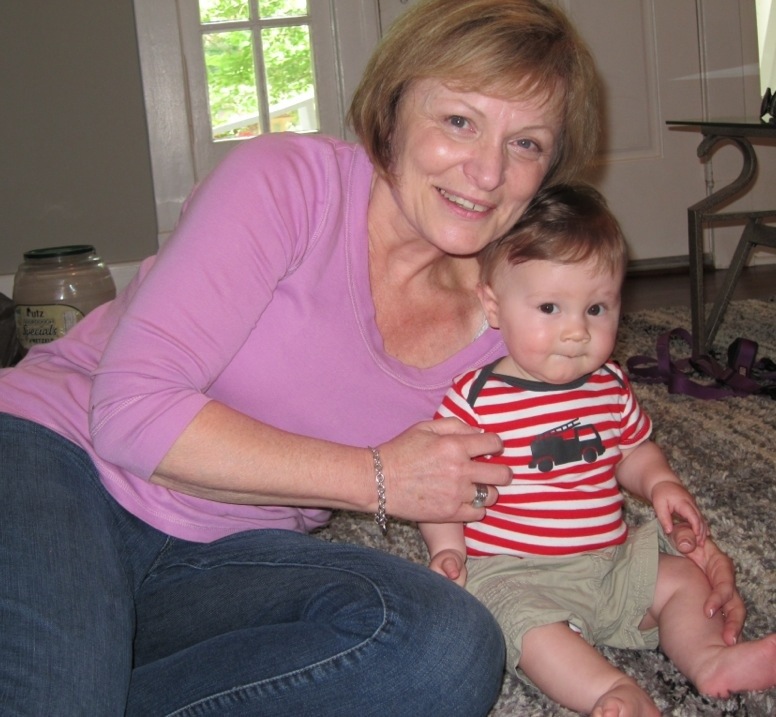 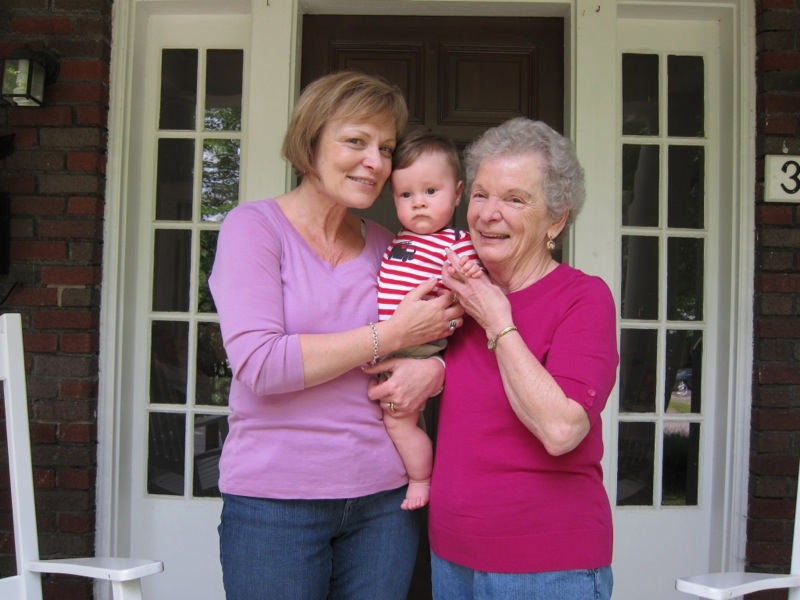 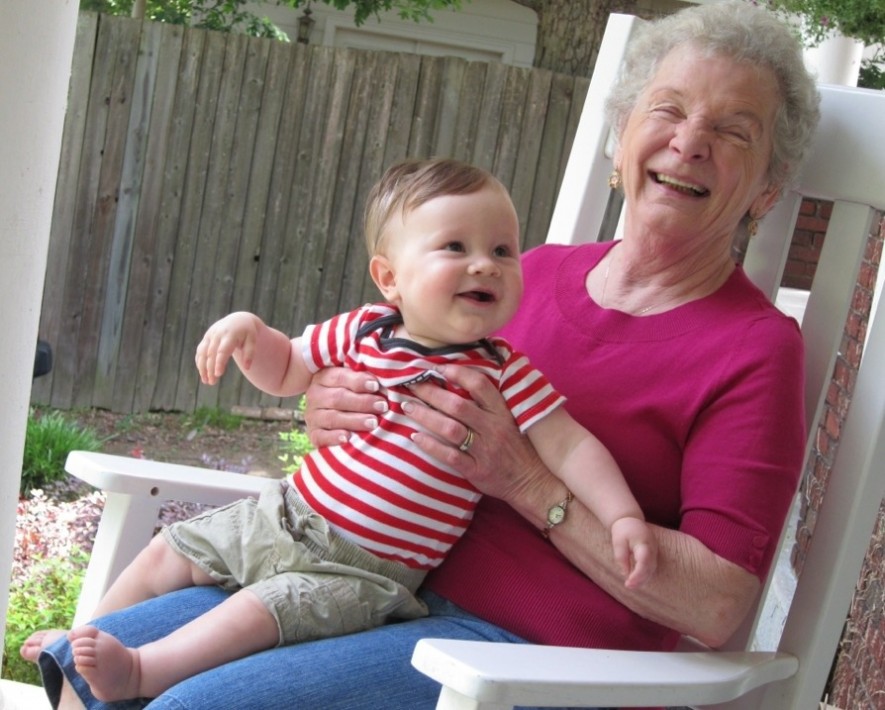 He loves Sable! You can’t tell in this picture but they are definitely good buddies. 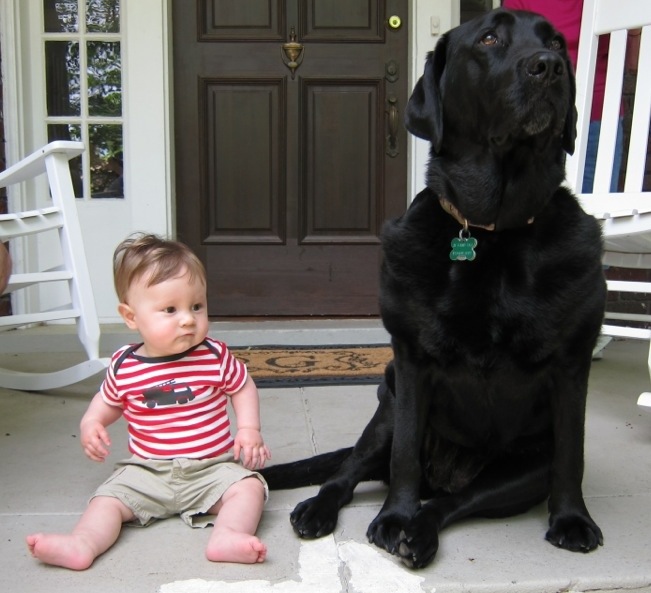 It was an exhausting weekend for all of us. This was a little down time on Memorial Day. 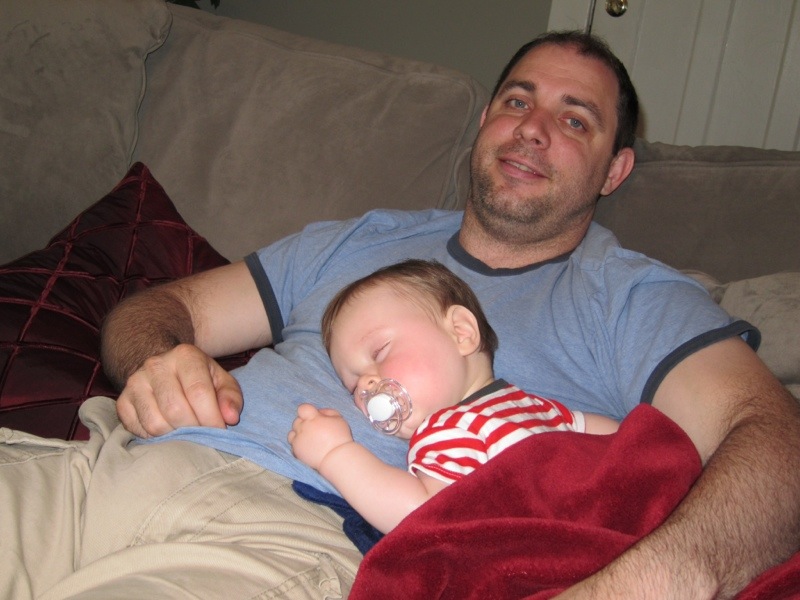 I could do an entire post on the adorable ways Drew sleeps. Seriously. I have more pictures of him sound asleep in his crib than anything else. On this particular day he decided to pull the blanket and sleep sac off of the crib rails and cuddle with them both. 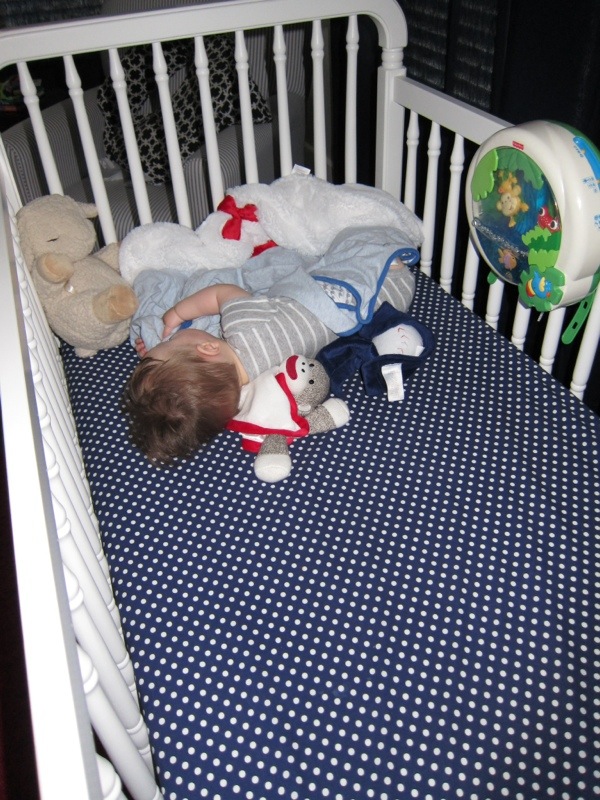 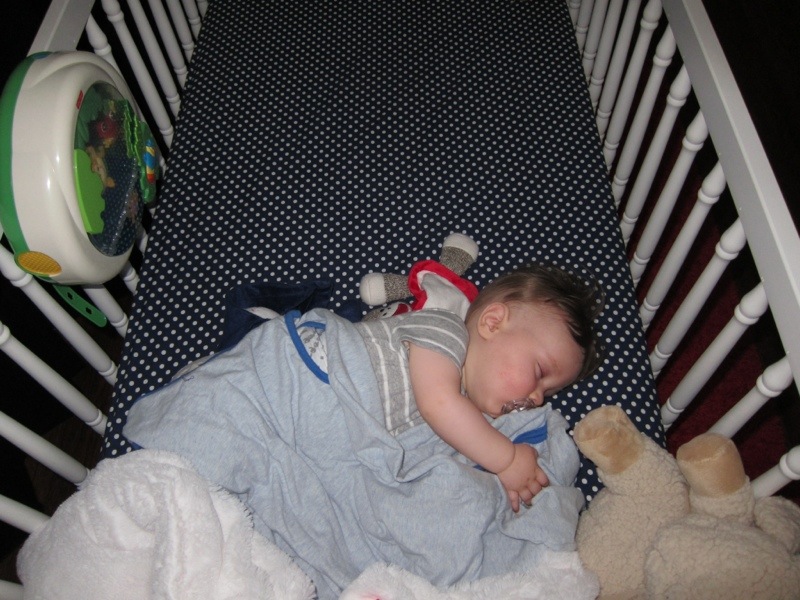 We went to a handful of Vandy baseball games. This was from the Super Regionals. They were so close to making it to the College World Series. 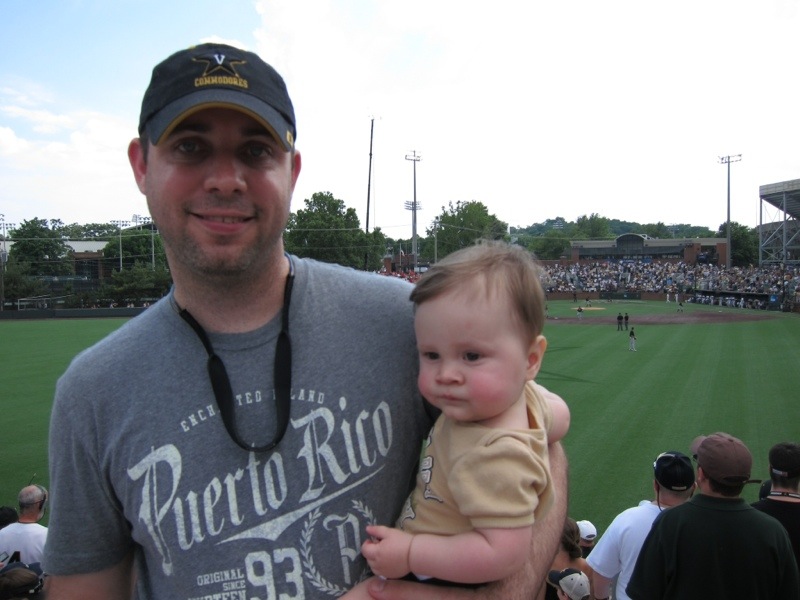 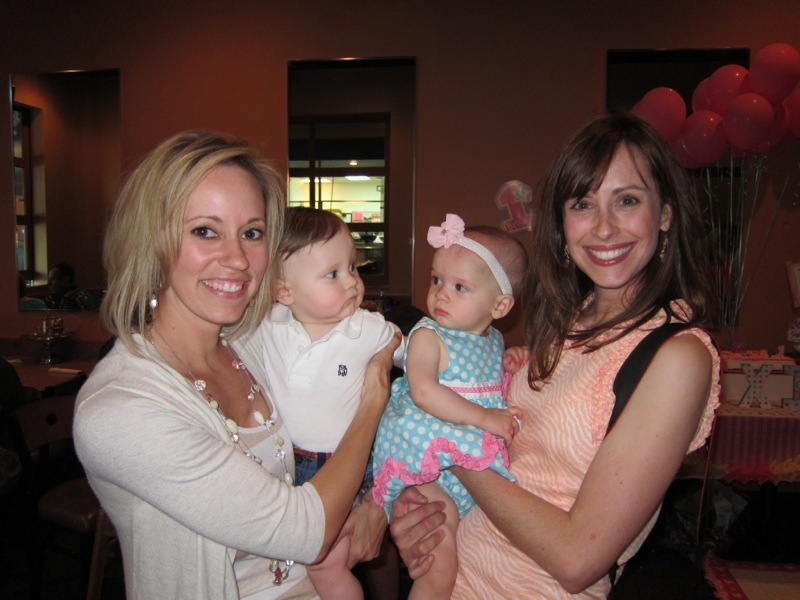 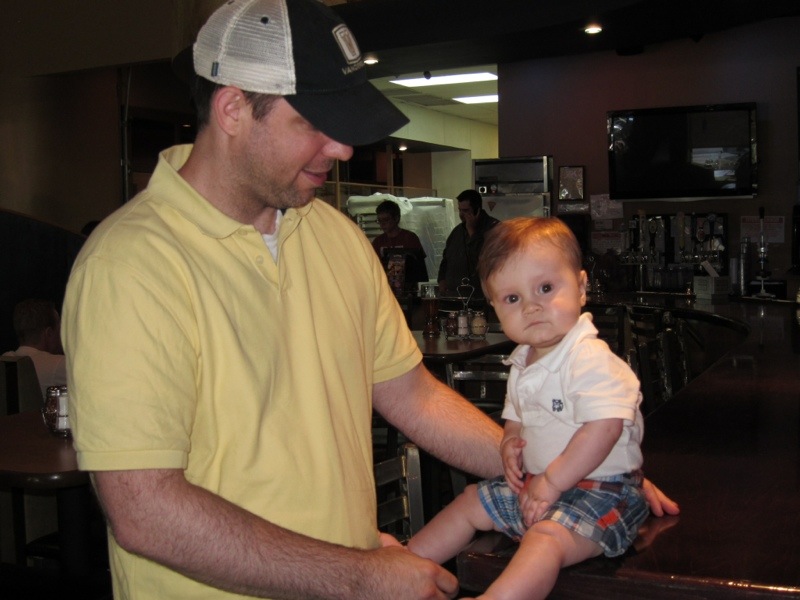 Big guy hanging out at the bar. 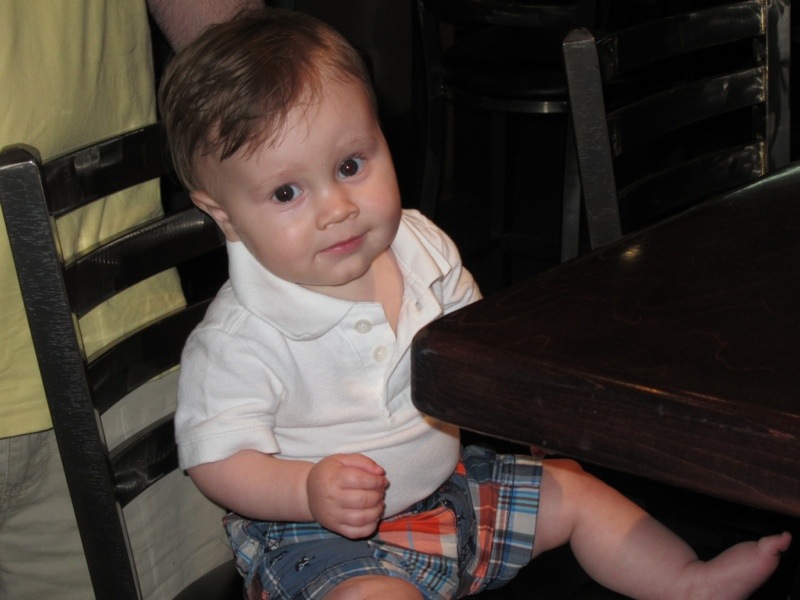 We’re getting ready for a busy rest of the summer. In the next month we’ll be heading to Florida with Mimi and PaPa for a week and also a weekend to Cincinnati. Maybe by next month we’ll have a crawler? Maybe he’ll be saying more than Da-Da? MAYBE he’ll have some teeth??? I guess we will wait and see! Until next month…. 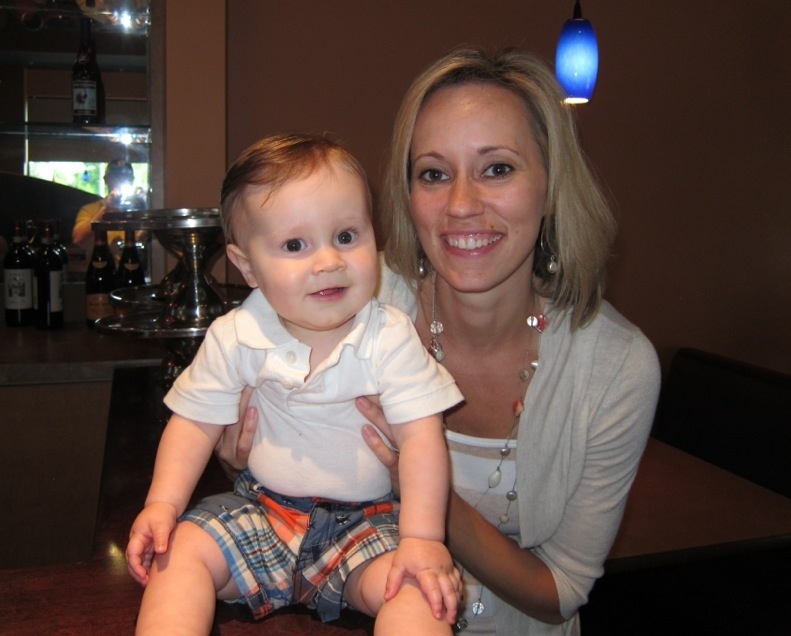