Well June certainly came and went quickly didn’t it?  Here’s a chunk of what happened in our world last month.

We had a quick trip into Cincinnati.  Well, it was quick for me and Tim but Drew got to stay for a while since we both had to travel for work.  First stop for Drew – the Cincinnati Zoo! 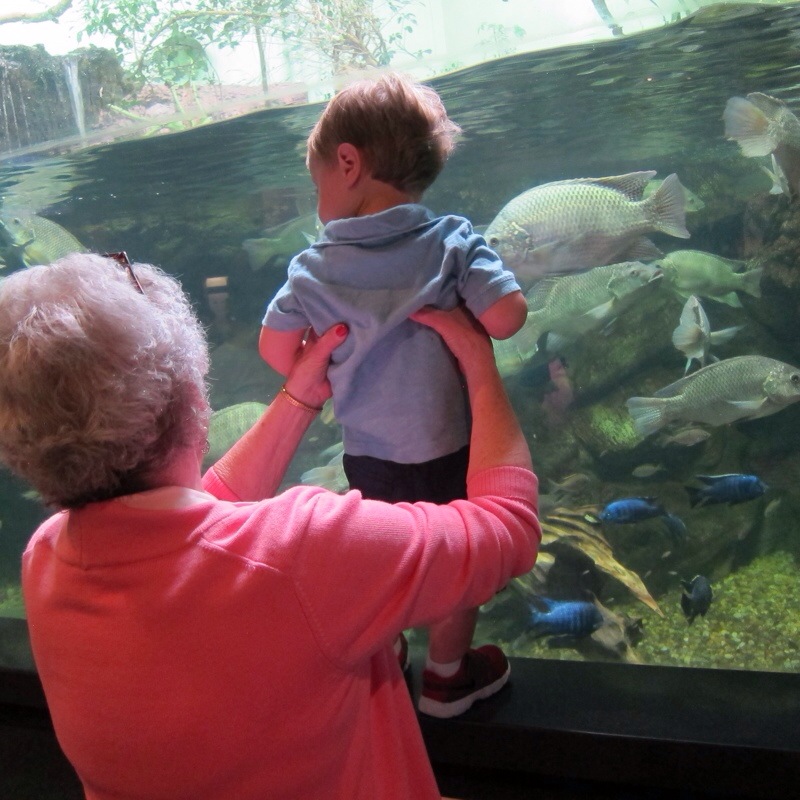 I think they said the little giraffe was 6 weeks old!  So cute! 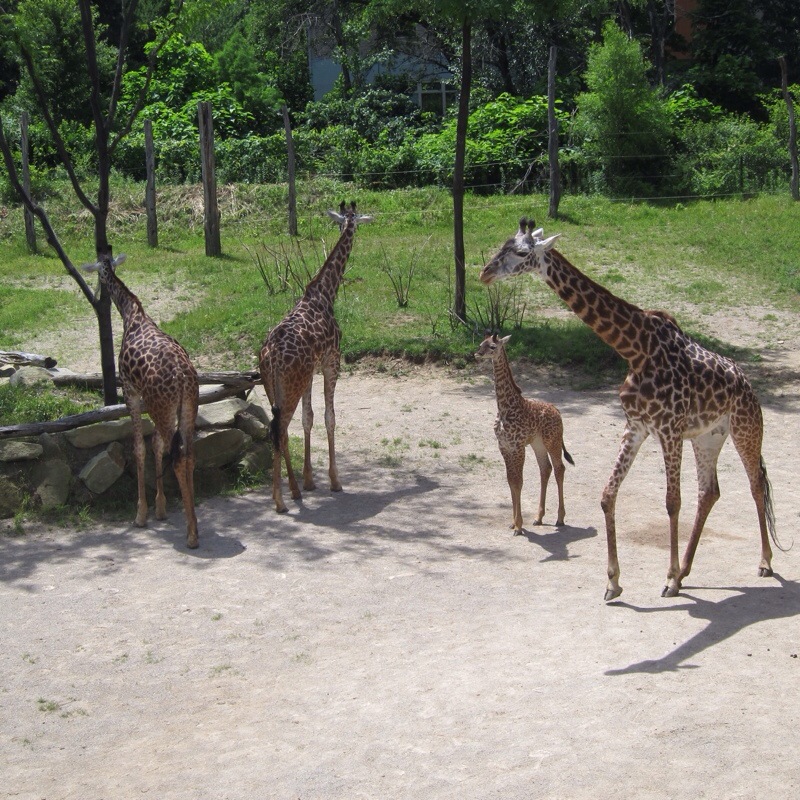 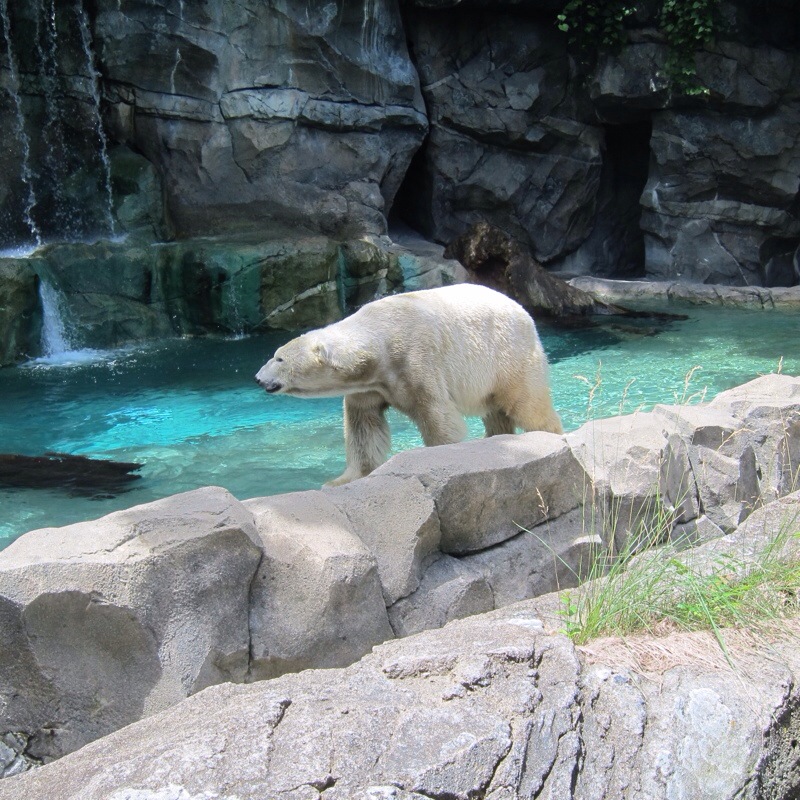 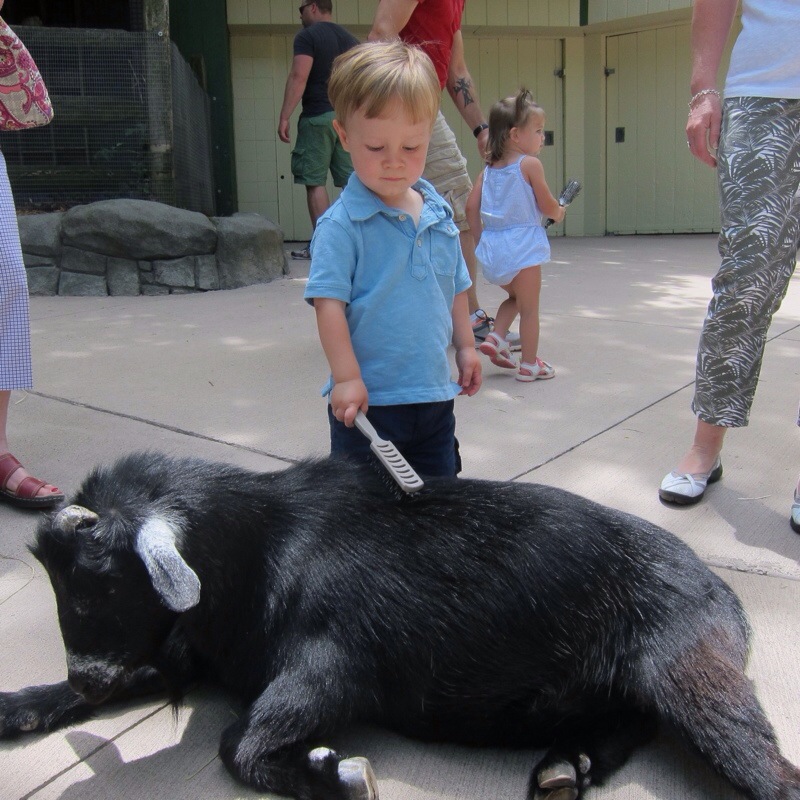 Drew loved hanging out with his Grammy and Mom Mom. 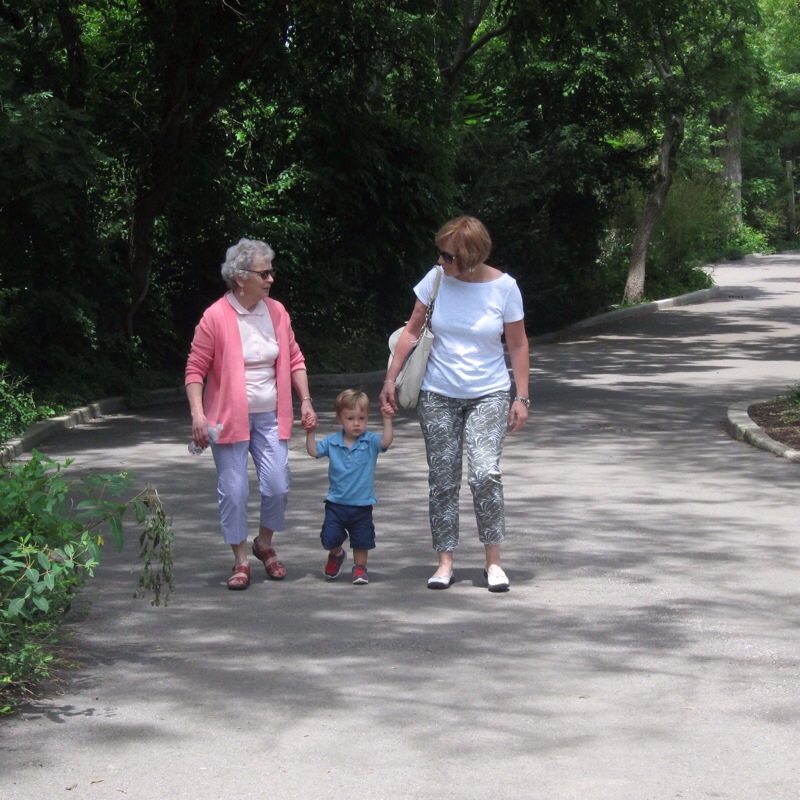 Daddy and Drew on Father’s day 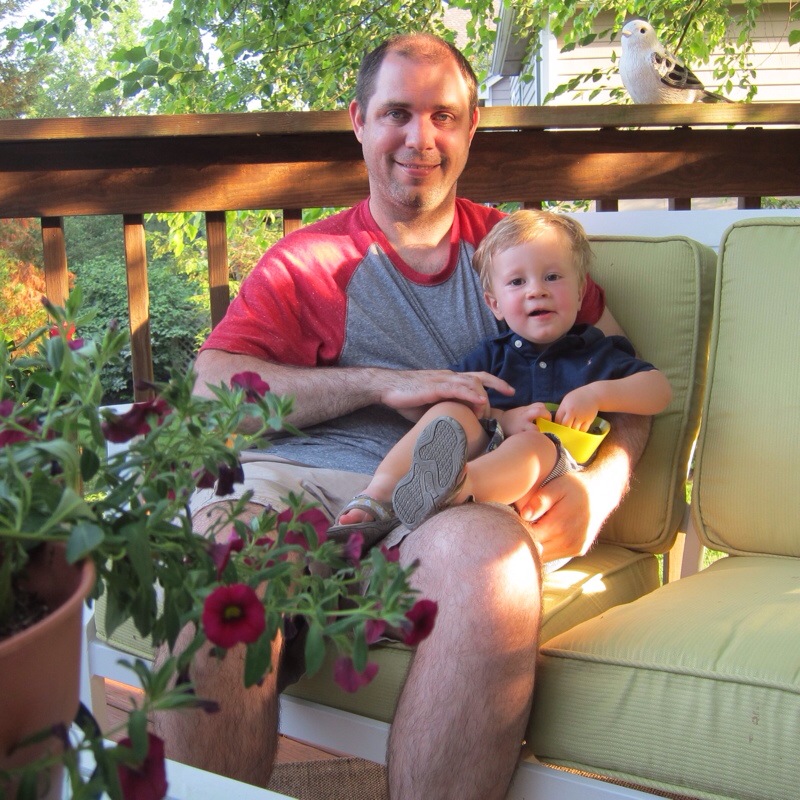 Drew with his Papa.  I’m glad I snapped this picture because typically Drew is running away from him.  I didn’t get a picture of Drew and his Grandpa on Father’s Day but I tried!  I guess they were both camera shy.

Another fun part of the weekend was sharing our big news.  🙂  The end of the year will be eventful. Drew’s little brother, ahem sibling, is due December 10th.  All is going well so far! 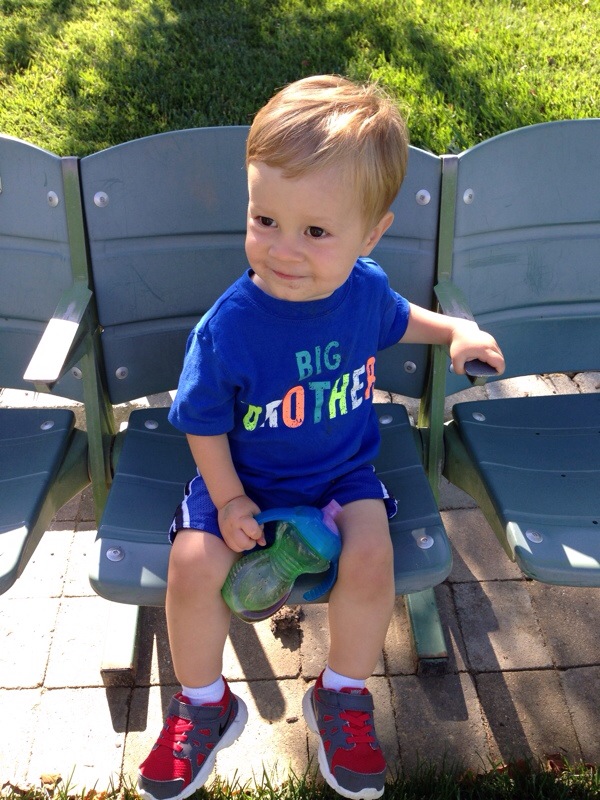 Drew had the best time staying most of the week with Grammy, Grandpa and Mom Mom.  He spent so much time outside, his hair lightened an entire shade.  He was spoiled rotten (new toys, new clothes) and in heaven.  I’m surprised he agreed to go home with me actually. 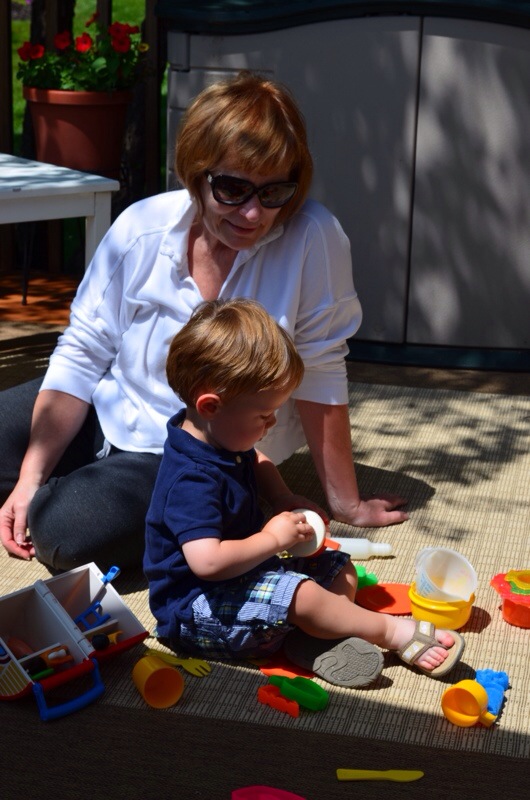 Drew’s vocabulary has exploded lately.  I have no idea on a word count but it’s a lot.  He’ll repeat everything and is also doing well at stringing two words together (Dada’s hat, Mama’s car, shoes on, socks off, come Mama).  He loves to say “OUSSSSIDE!” (outside), “sawbeeie” (strawberry), milk, juice, cookie, cheee (cheese), bus, truck, car, “aaiiiiplaaaane” and gosh, tons more.  I think he’s on track. 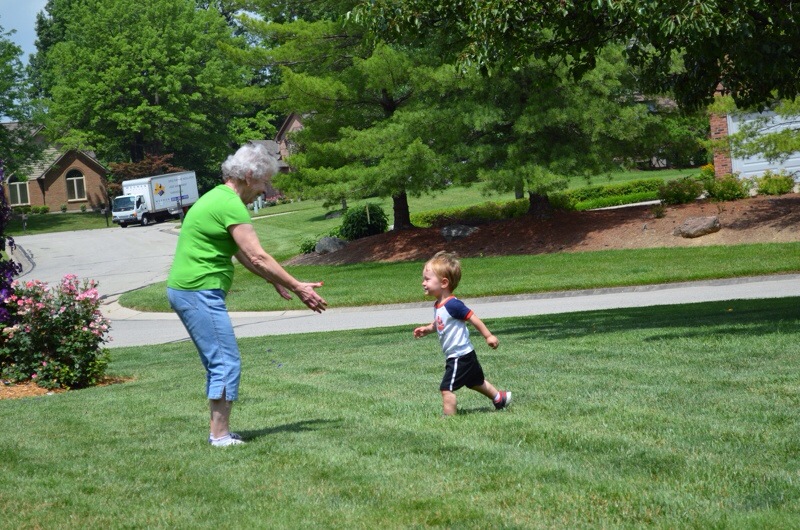 I love these two pictures.  Drew is definitely a mama’s boy…and by mama’s boy, I mean a mama’s/Mimi’s/Grammy’s/Mom Mom’s boy! 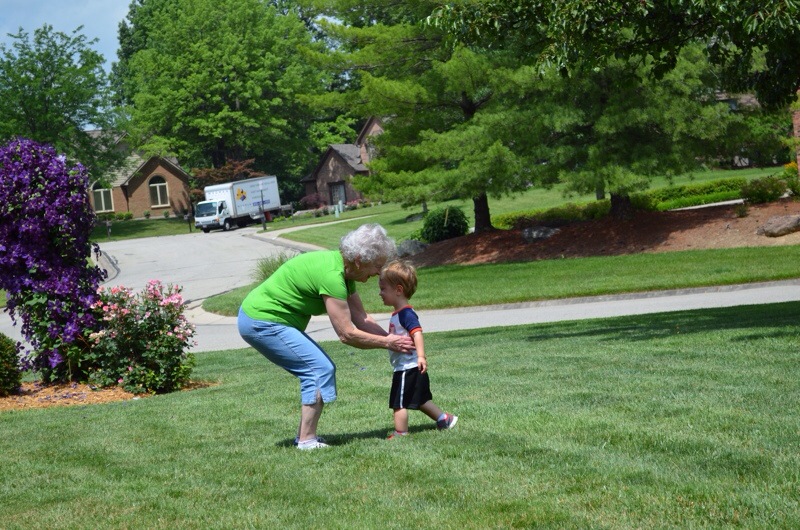 Here are a few pictures Jim sent Tim and I while we were both out of town.  I loved seeing these updates when I was away.  Fun at the park and of course with his best friend, Sable (or as Drew calls him; woof woof). 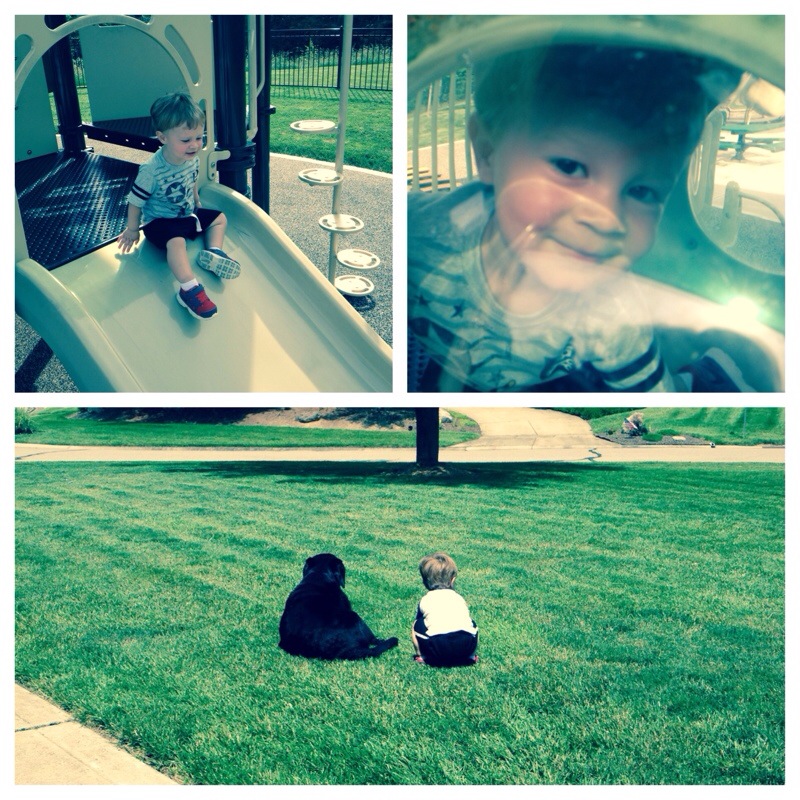 After what seemed like forever away, we returned to Nashville.  It was nice to get home and back into a routine.  That weekend Tim and I celebrated our 5 year wedding anniversary! I had full intentions to do a special 5 year post with some throw back pictures from our wedding but, sigh that didn’t happen.   I said when we got married that we should go on a big trip for 5 years.  Hmm….maybe for our 6 year instead!??  Italy Tim, Italy!  ANYway, we got a sitter, went out to a fabulous dinner and then ended the evening at our favorite late(r) night joint for desert and drinks (uh or mocktails).  No picture of us but I did snap one of this amazing desert.  Oh my gosh it was so good. 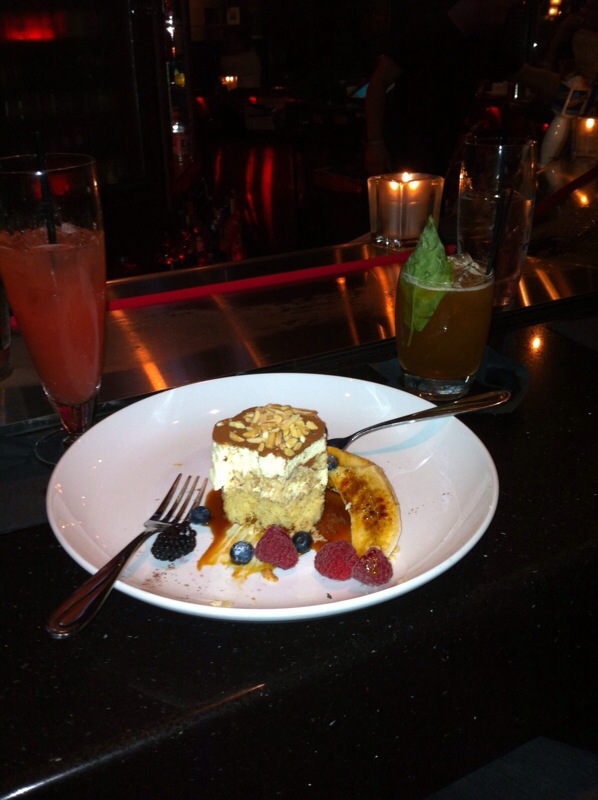 The next day, we went to Sesame Street Live with the Browns.  Such cuties. 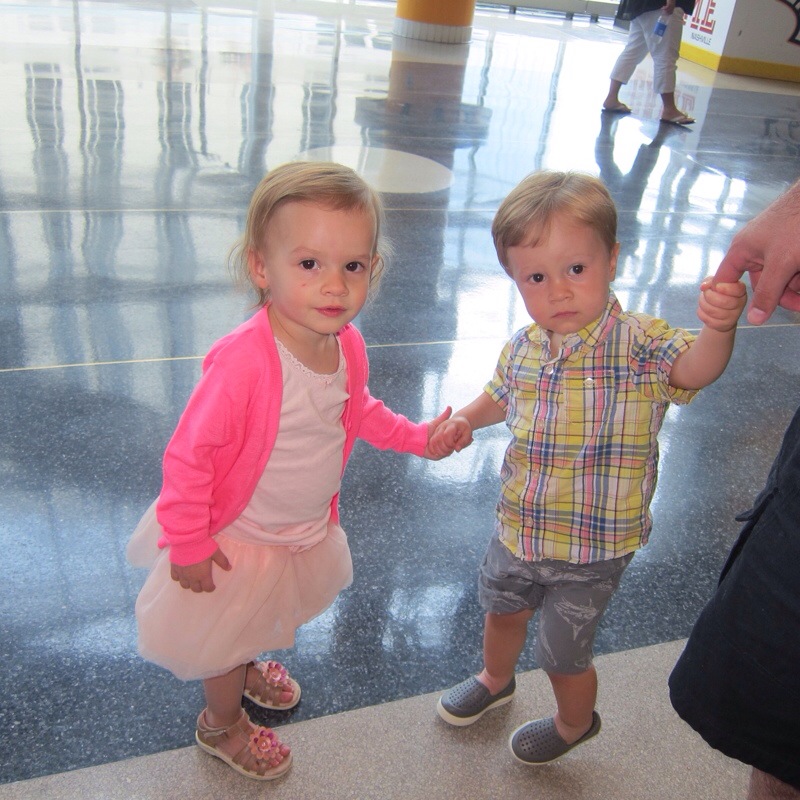 And their first time downtown…. 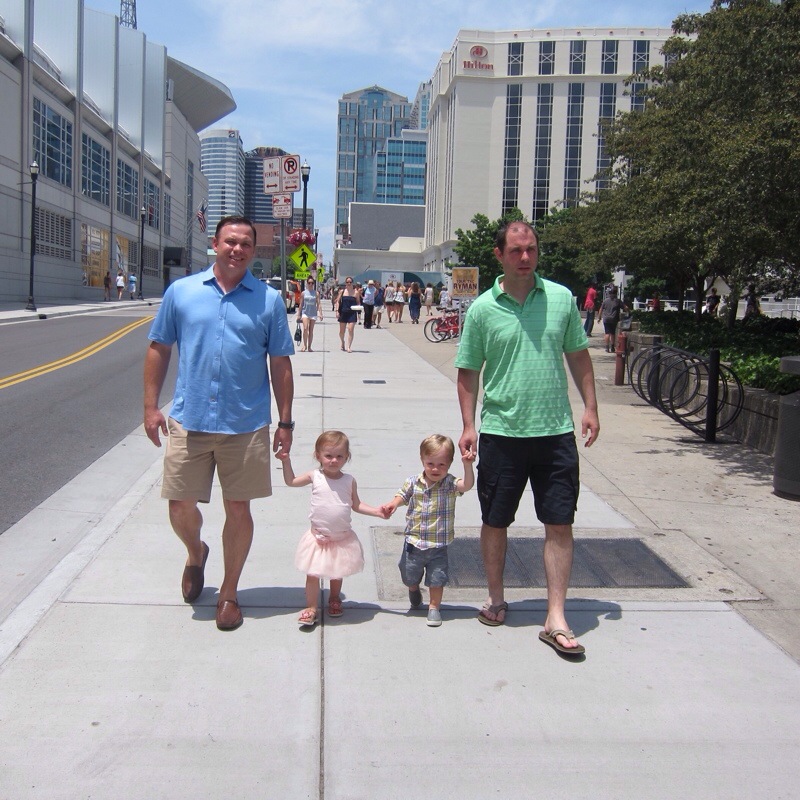 Lastly, after a long college baseball season, guess who won the College World Series?!  Woo hoo!  We went to a lot of games so pretty cool that they won the whole thing. 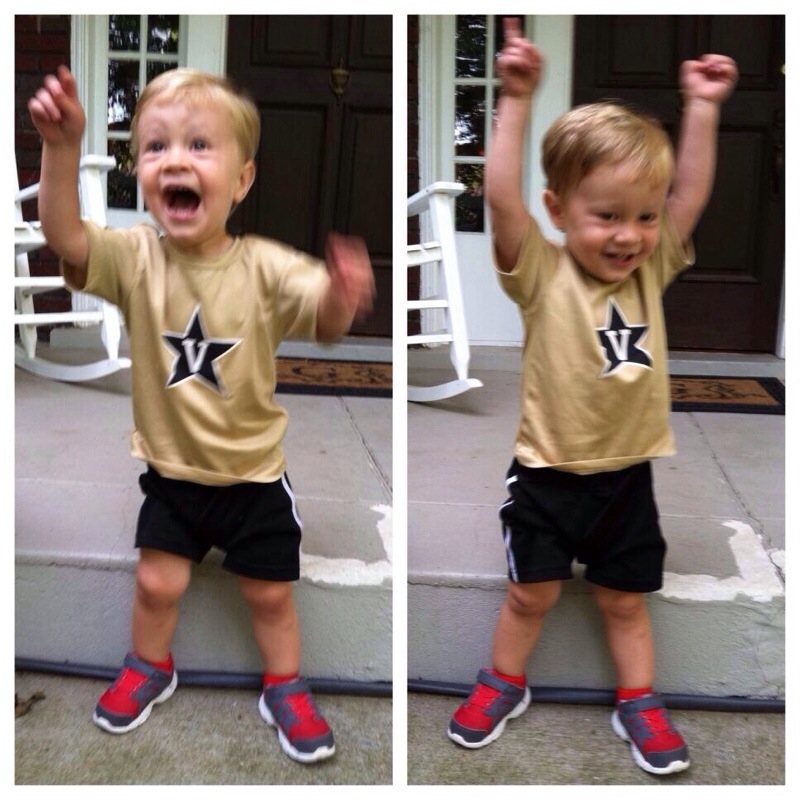