Charleston….ohhhh how I love you.  We’ve been home now for almost two weeks so it’s time to get these pictures up on the blog before summer is a distant memory.  We had a fabulous Greulich vacation in Isle of Palms, SC.  We stayed in a very spacious house, right on the beach and really had a great time unwinding for a week.

This was Drew’s last free lap trip!   He’s such an expert traveler at this point.  This particular flight was 38 minutes (ATL to CHS) and he slept the entire 38 minutes.  It was also his only nap of the day but hey – something is better than nothing. 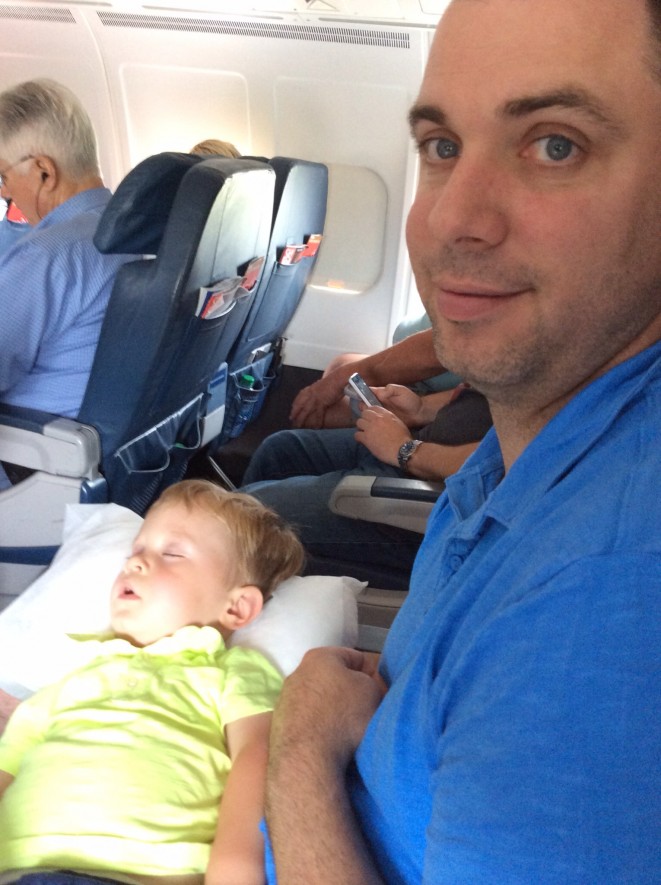 Last year we went to Florida which was Drew’s first beach trip.  He was terrified of the ocean so we wondered what he’d think this year.  Um, yep pretty much more of the same.  He was not a fan. 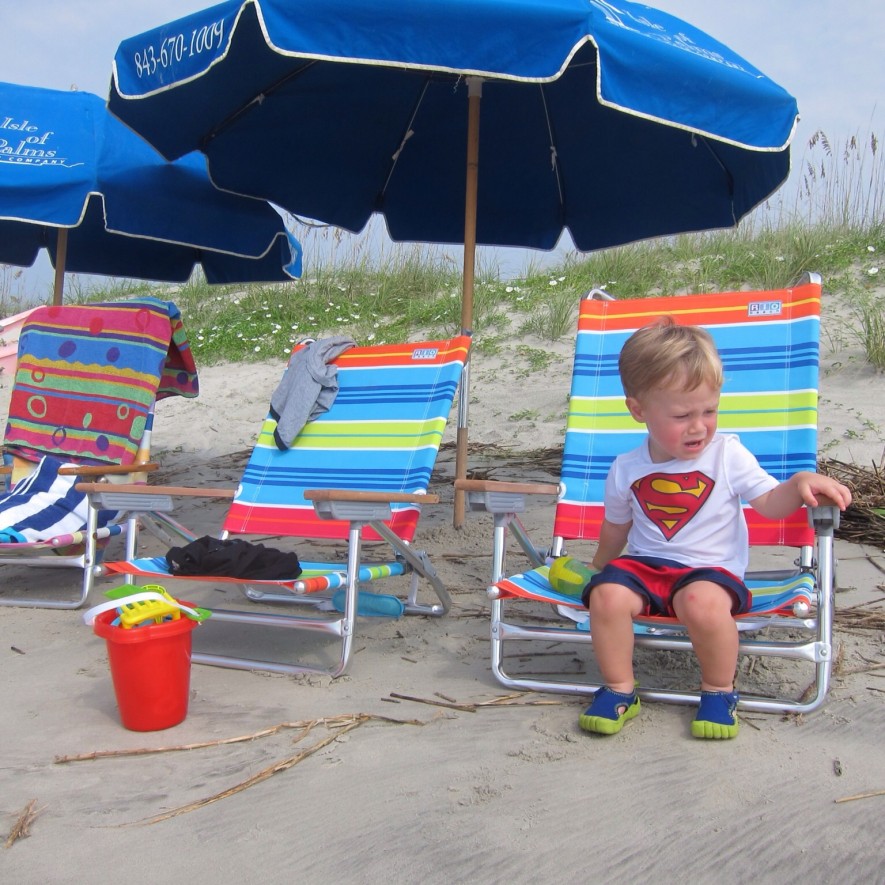 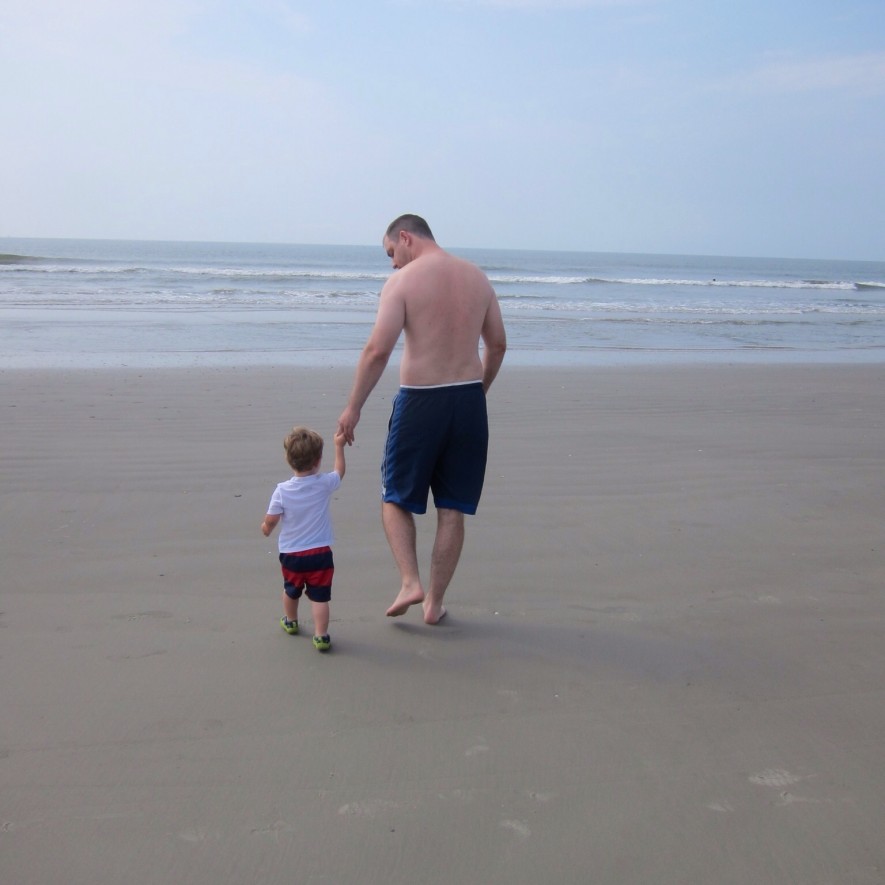 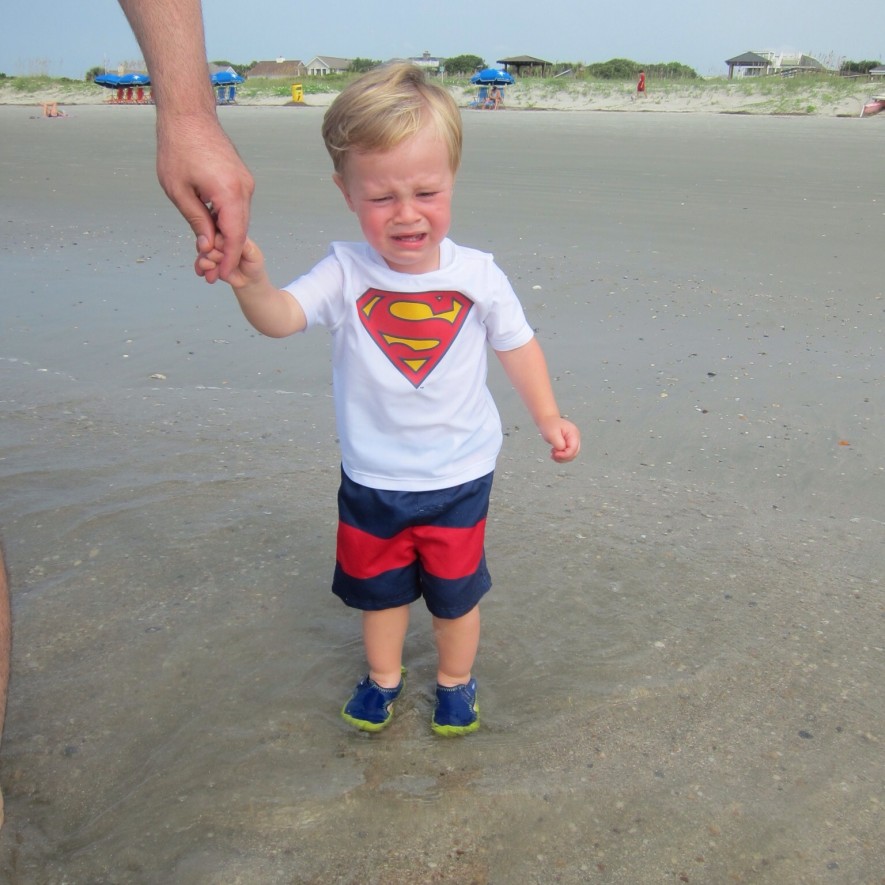 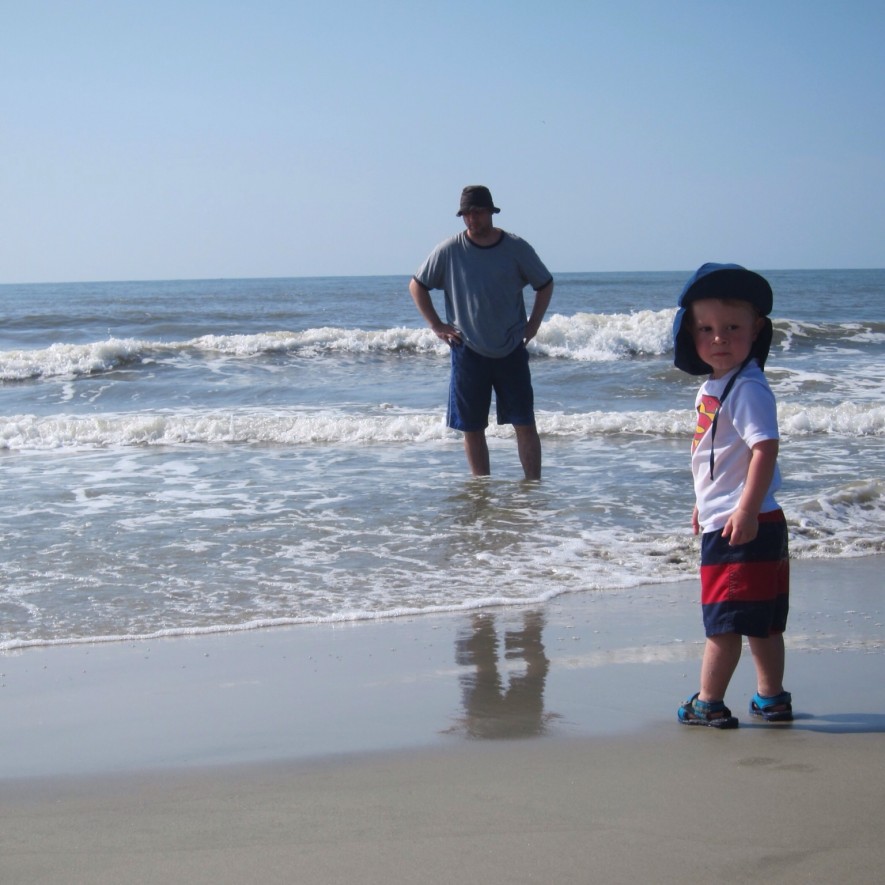 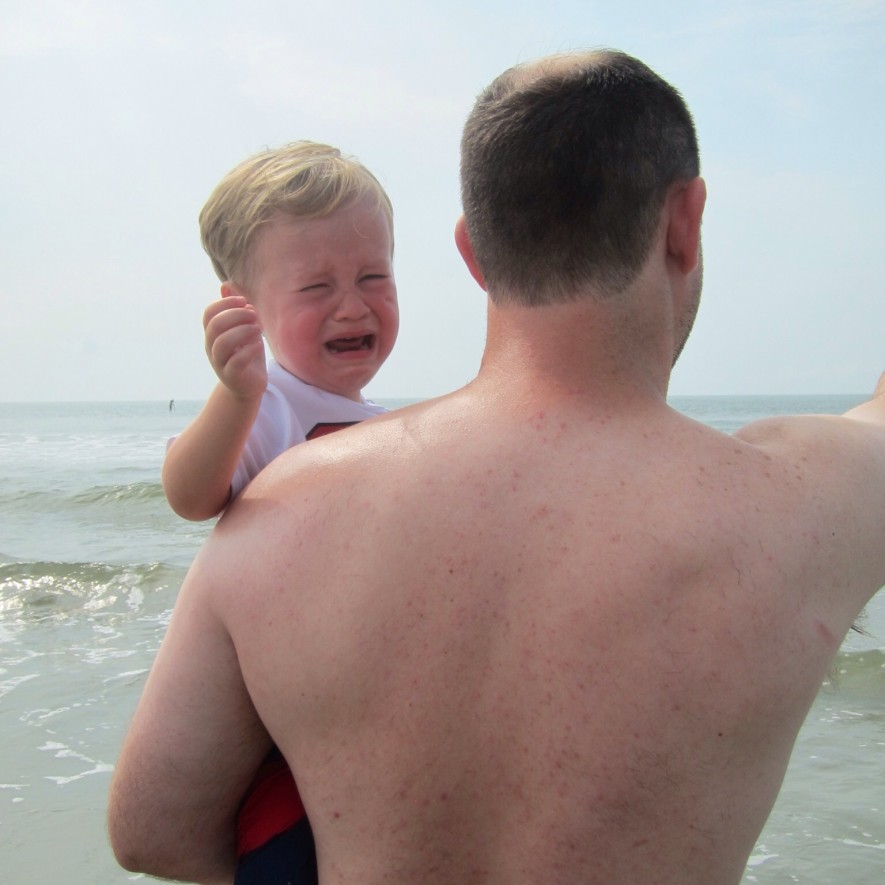 So we didn’t get very far that first day.  It was HOT so we wanted him to cool off….we weren’t trying to force him to love the ocean or something.  Here’s day 2….still pouting. 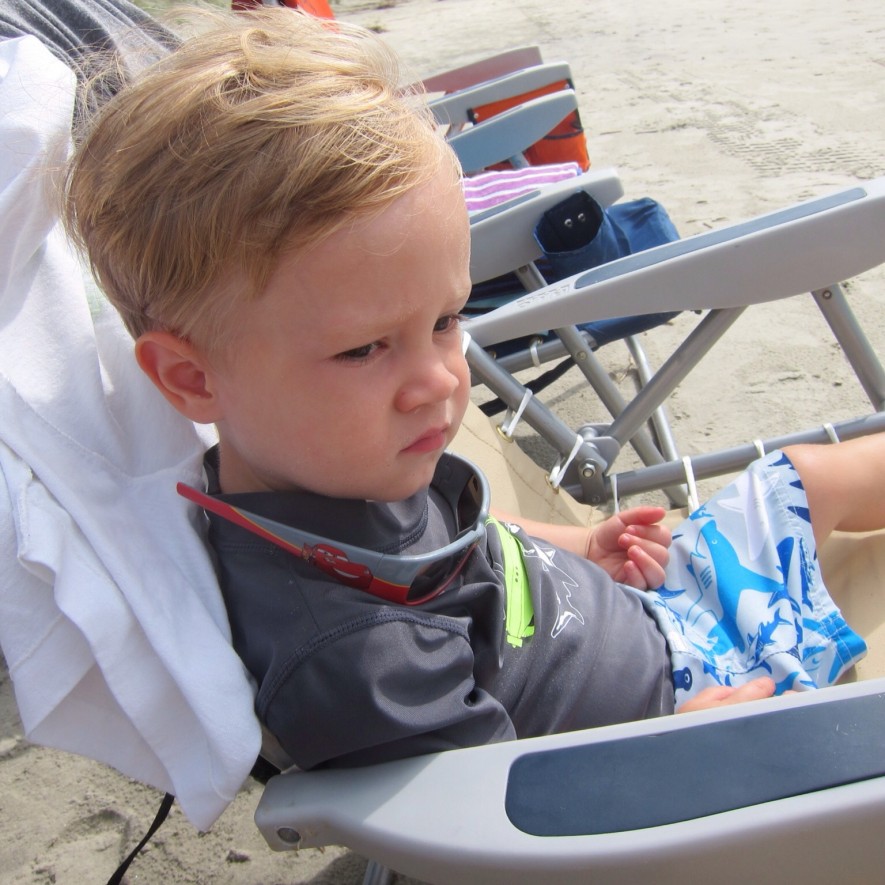 Starting to splash around 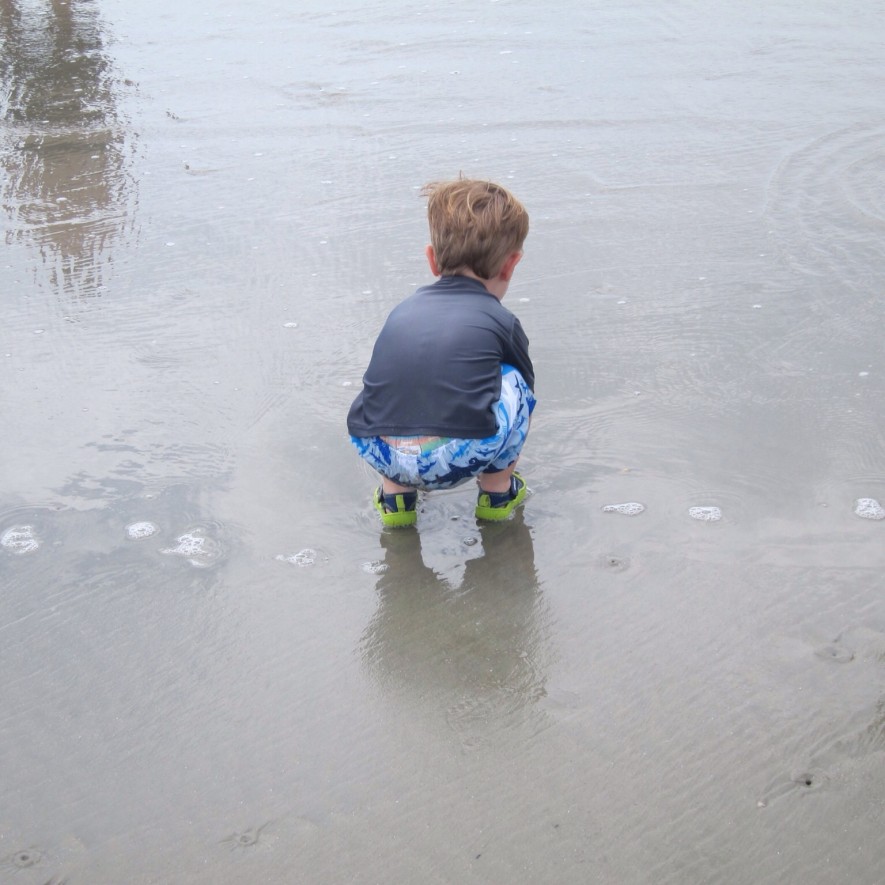 He’s considering it, especially if Mom Mom goes with him. 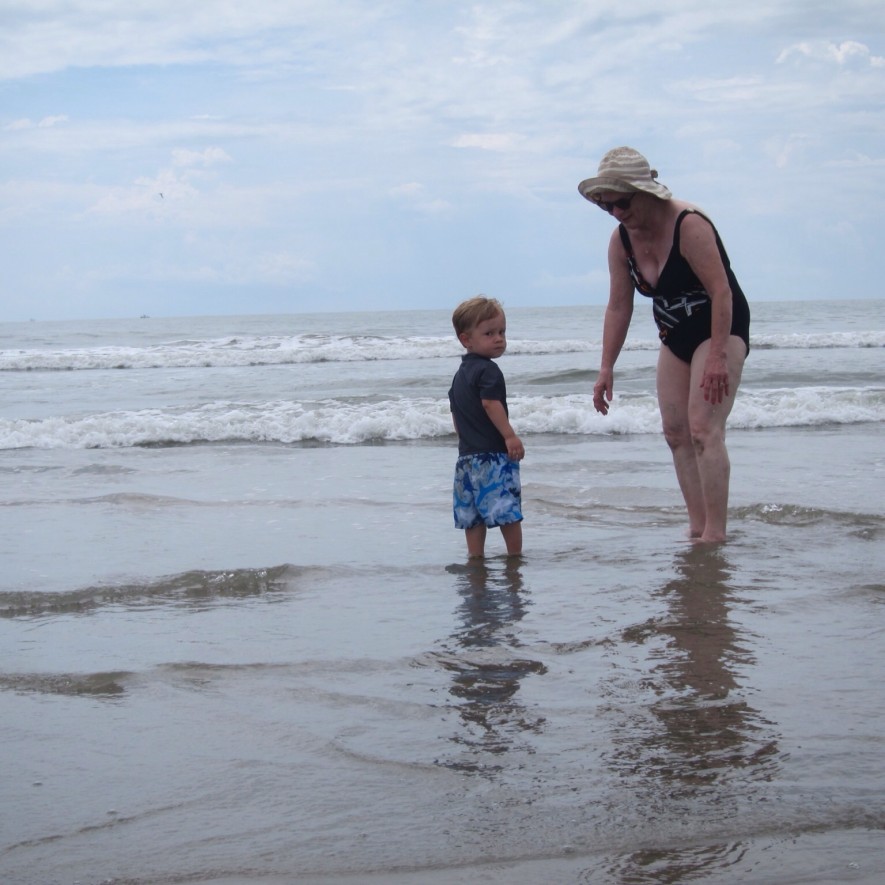 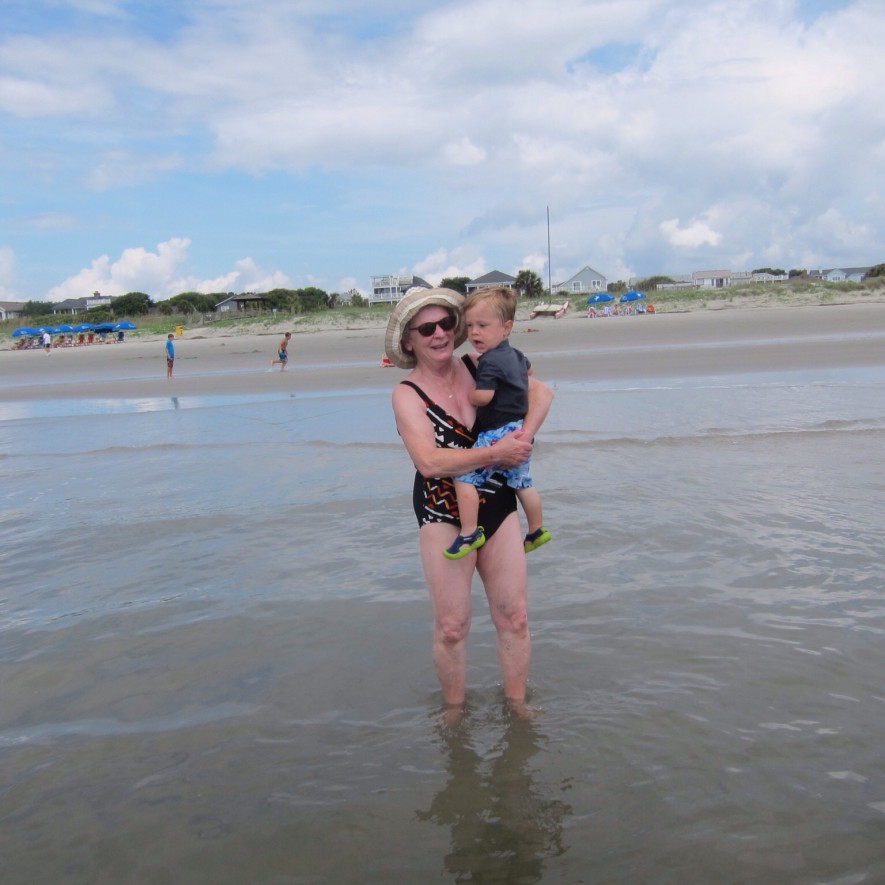 Finally he got courageous enough to be held by Daddy to go explore the “big wa wa”. 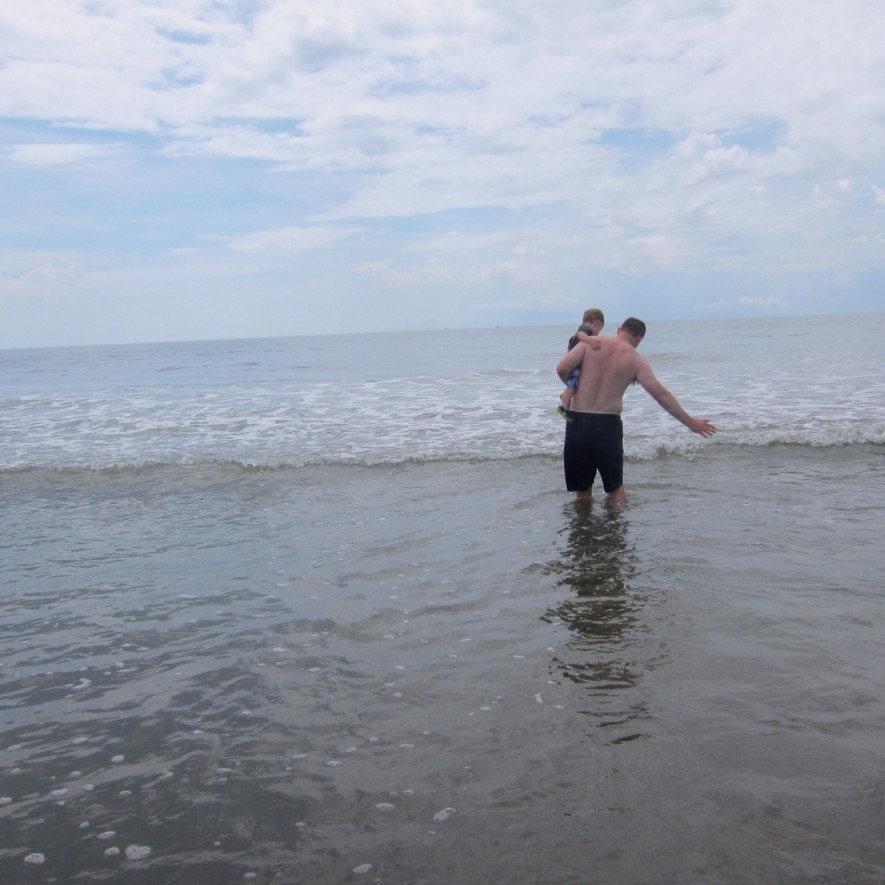 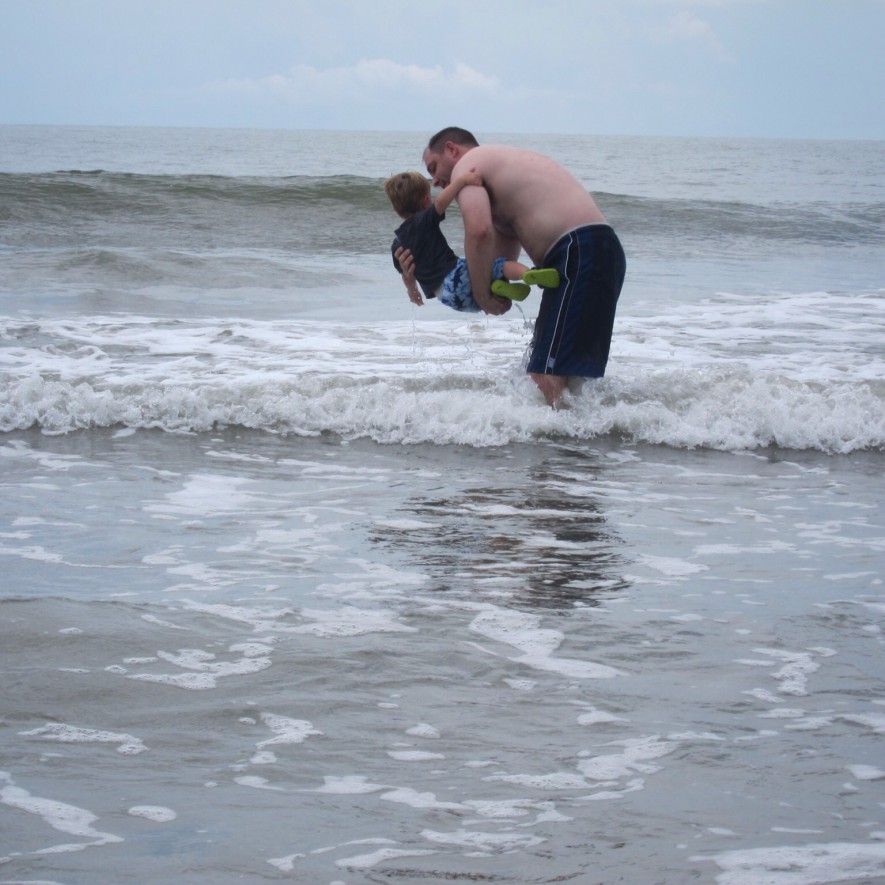 Wait?  Is that a smile?  I’d say he’s actually having fun here! 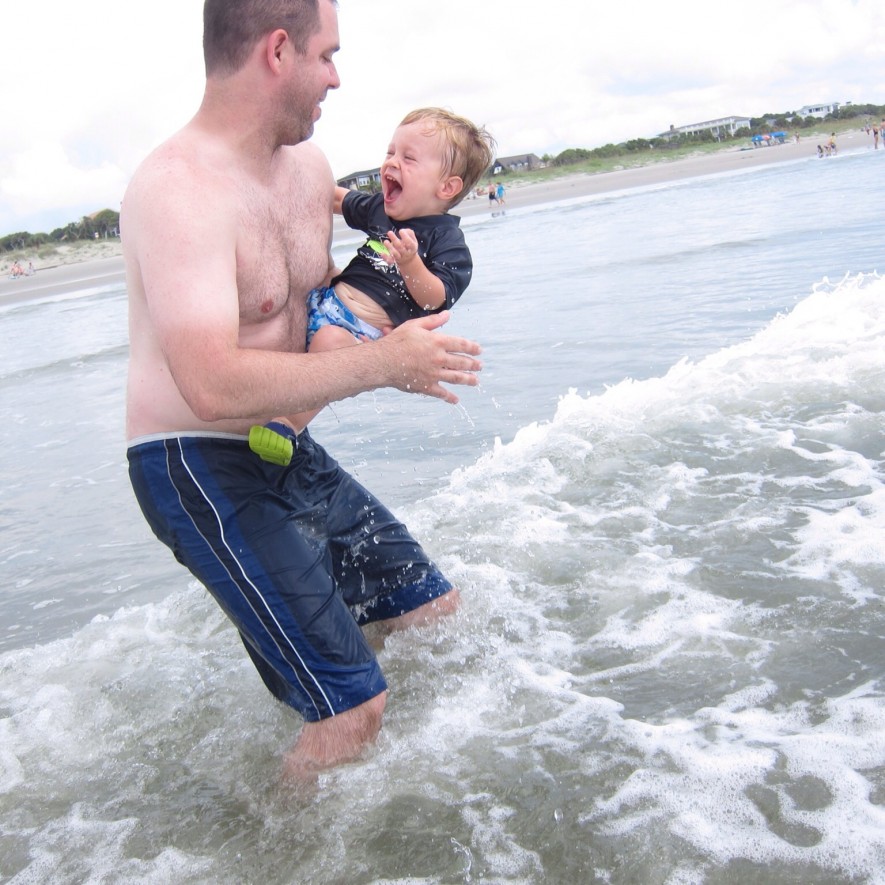 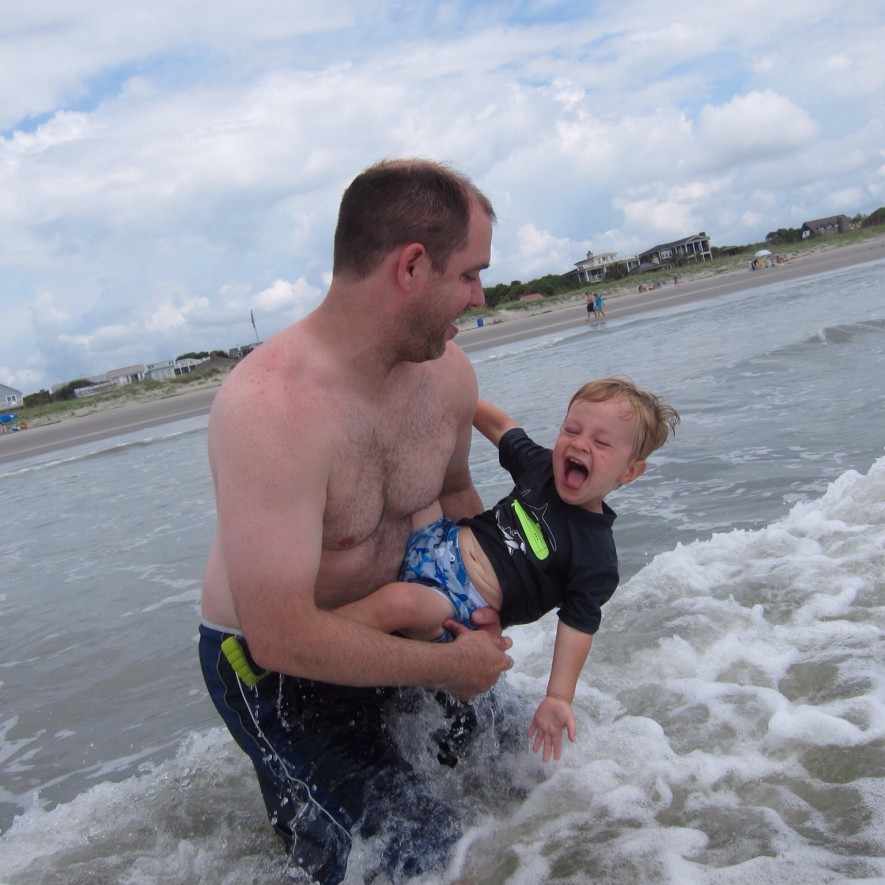 After this he seemed to get over his major fear.  He still preferred playing in the sand and digging but definitely went into the water with anyone who’d “ca-wee” him. 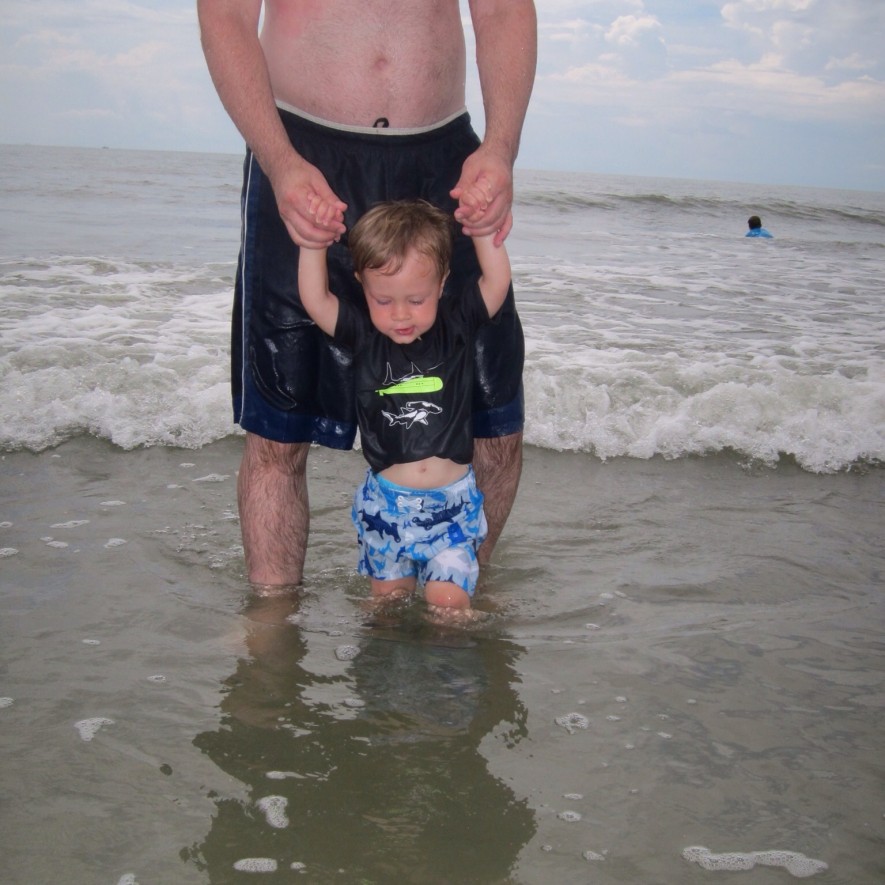 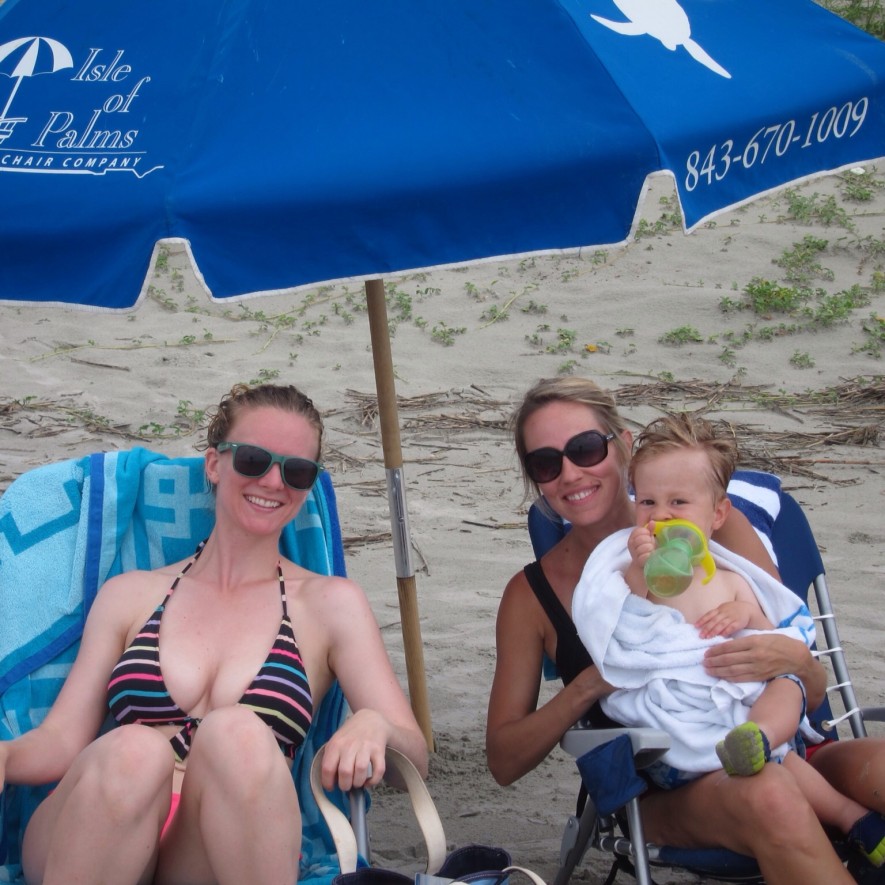 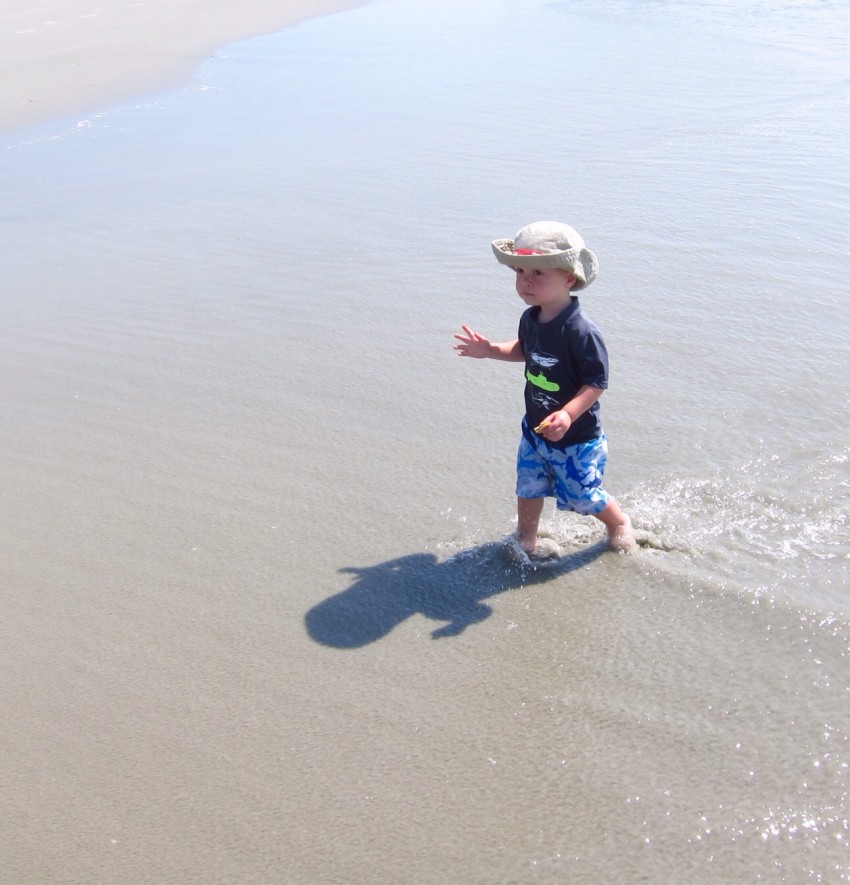 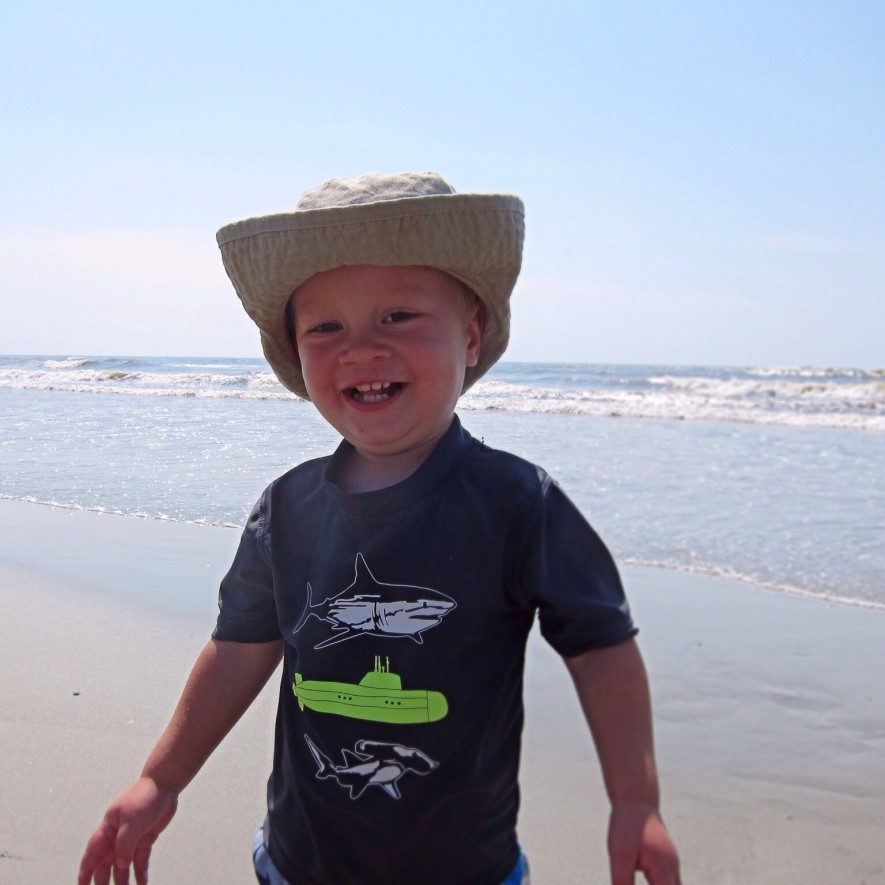 I had to put this blurry ipad picture in.  The house had plenty of beds and even 1 bedroom went unused that had two twin beds in it.  Drew was not quite ready for that so we kept him in a pack n play in our room.  He slept fine in it at night however he wasn’t about to go into it willingly for naptime.  He wanted to sleep in the big bed.  So after each morning at the beach, we’d come back for lunch and Drew would take a nap.  This was the first day that we put him in the big bed.  I shut the door to the room with him cuddled up with his blanky and looking very sleeping.  No more than 2 minutes later, I peeked in only to find him having a jumping party on the bed.  It was funny.  I guess we are lucky we didn’t end up at the ER for a broken arm that week. 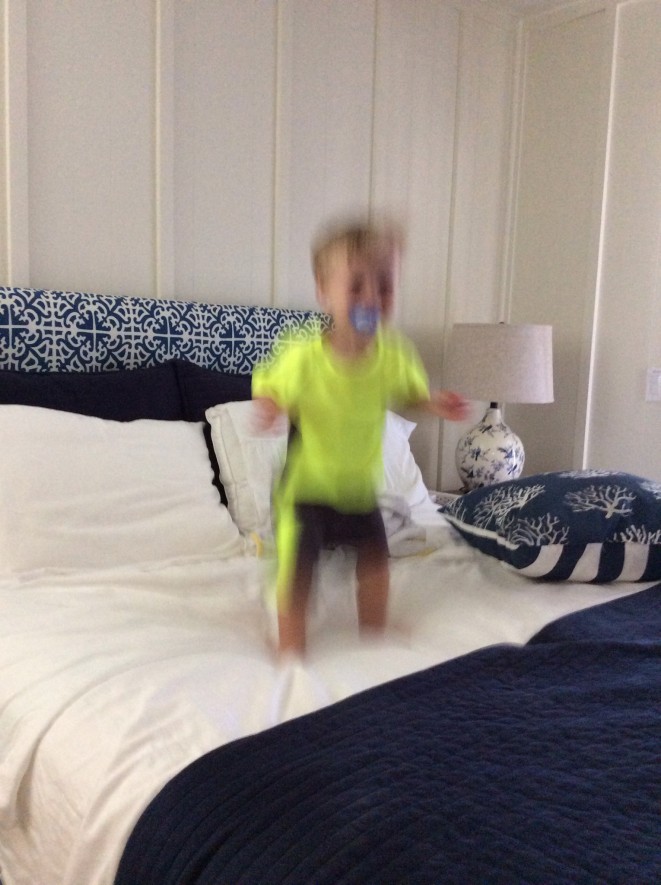 This is a picture from one of the porches in the house.  We had our own lawn out the back door straight to our own beach access.  Super convenient. 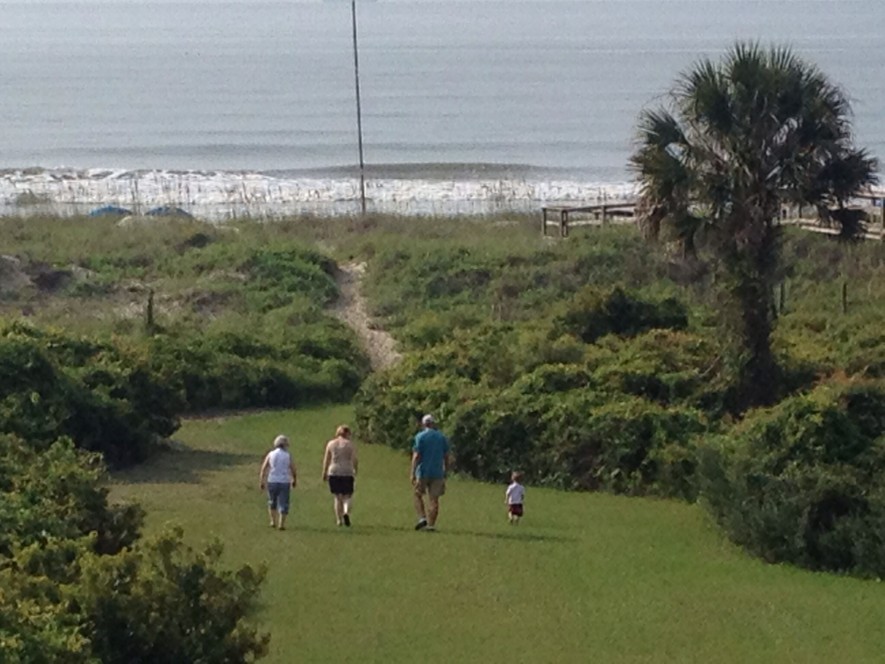 Drew loves his Mom Mom.  Here’s a sweet picture before dinner one night. 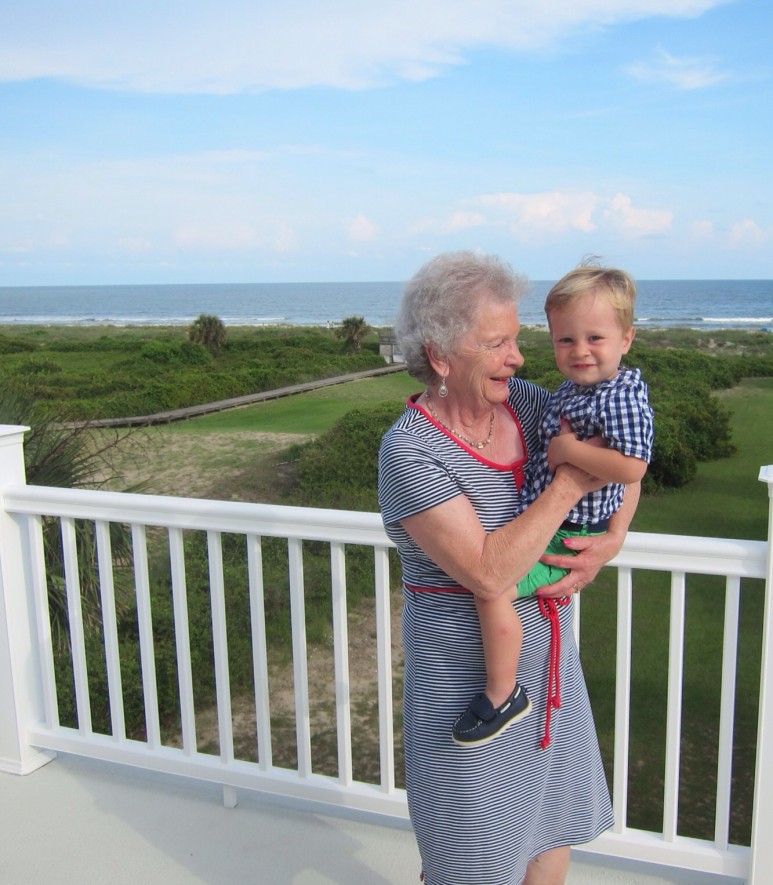 Family picture before dinner one night.  23 weeks pregnant (for my own memory). 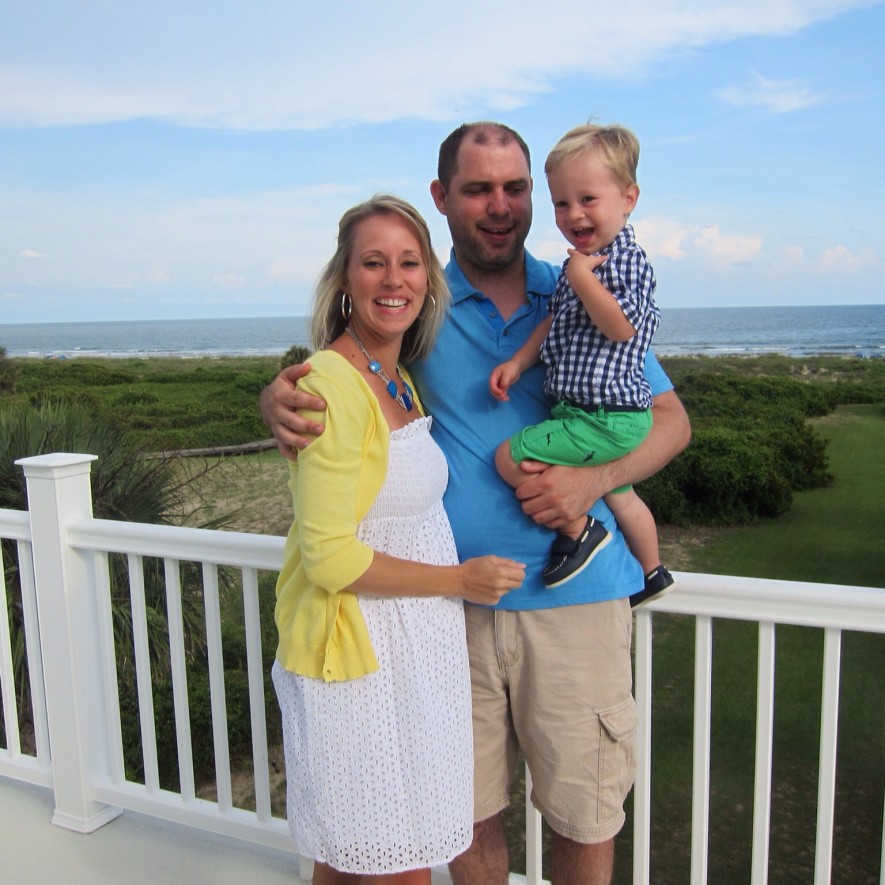 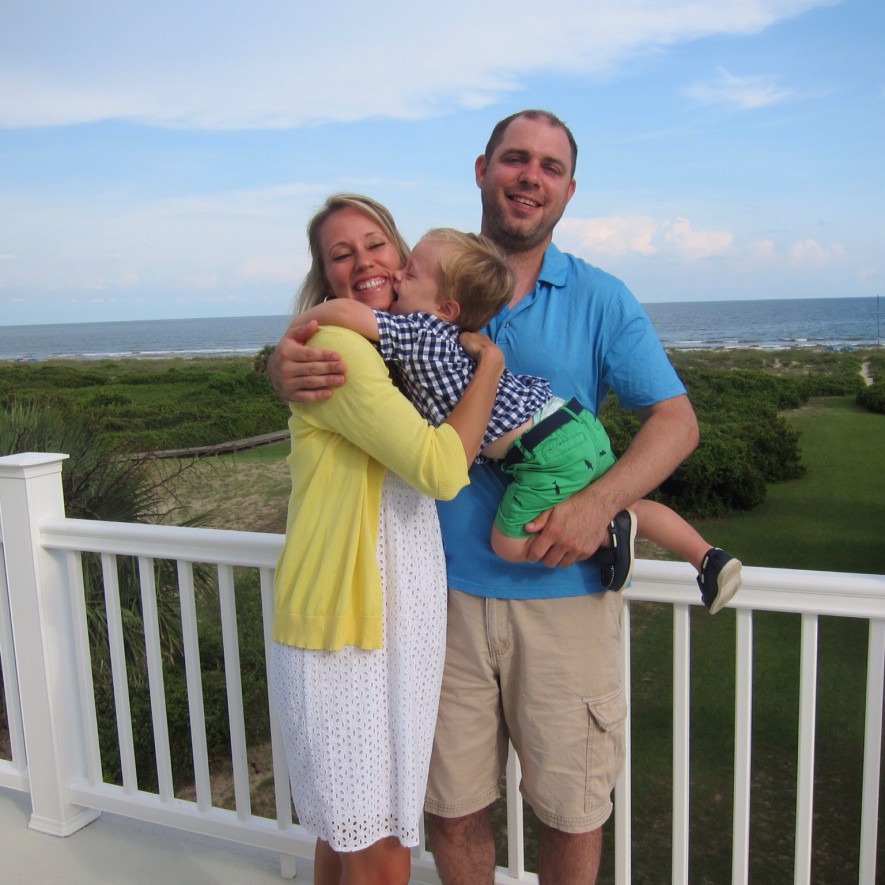 And a blurry one after dinner with Drew’s milkshake.  As we were walking along the pier, Drew pointed out a motorcycle in the parking lot, and said MOTORCYLE just as clear as anything.  Where did he learn that word? 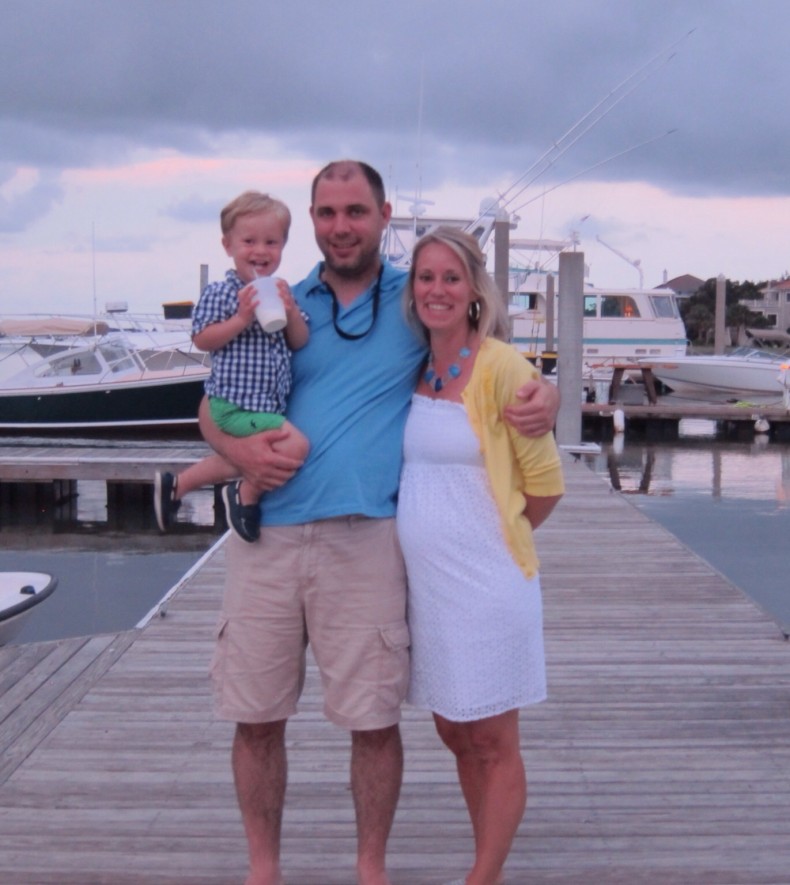 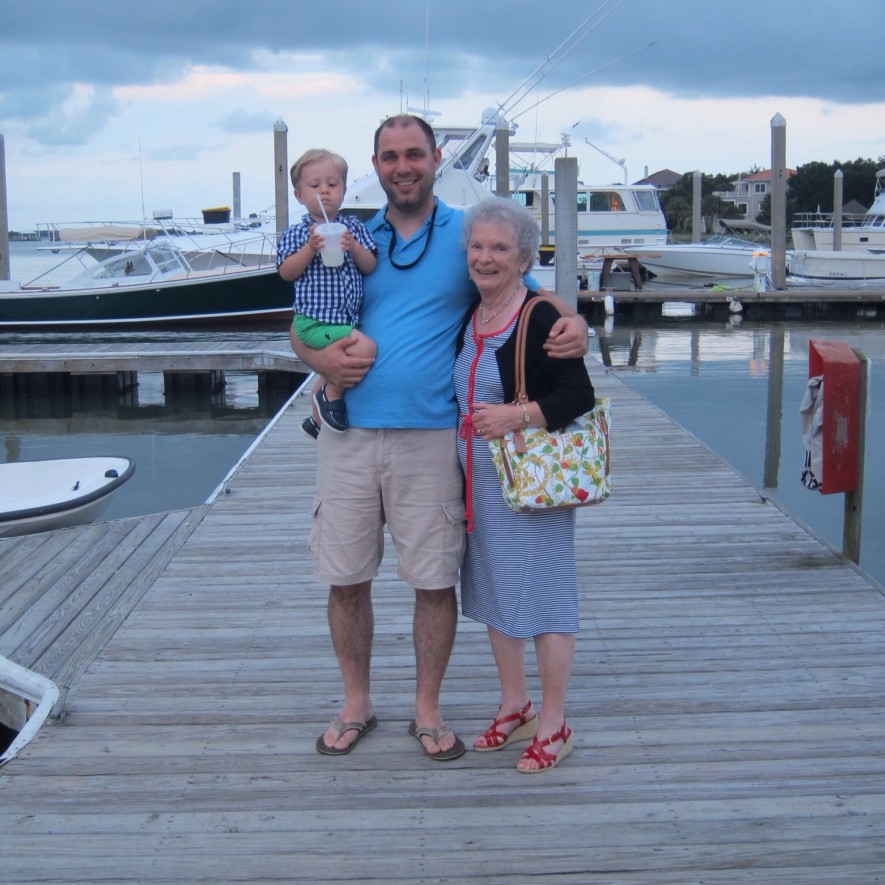 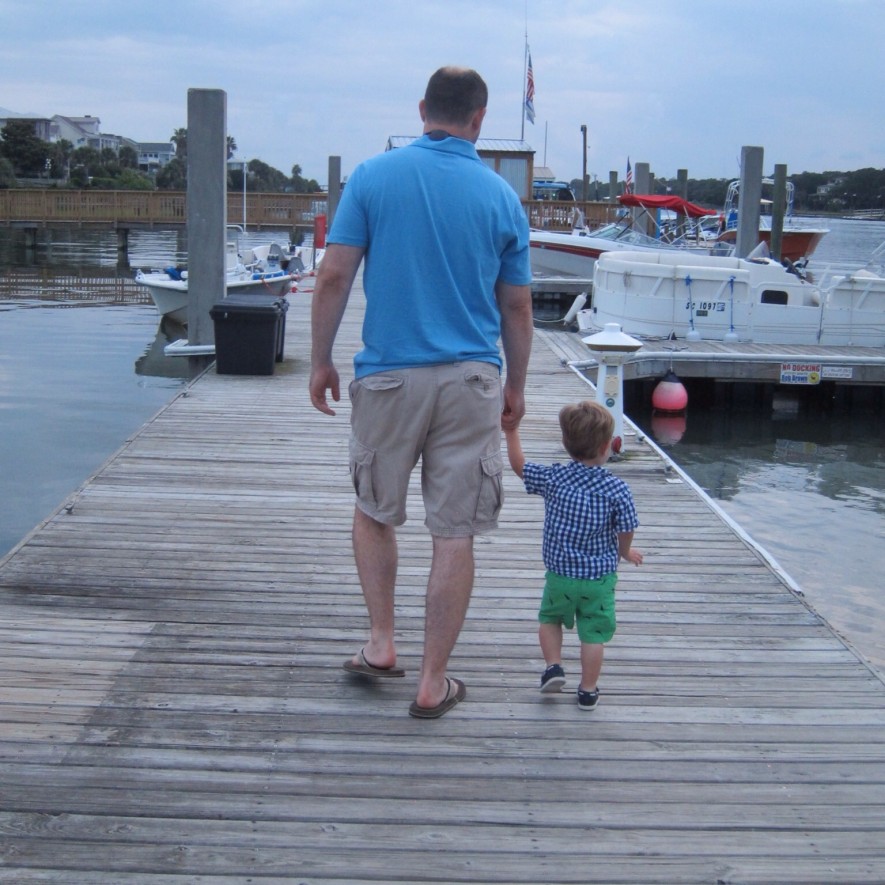 Cute picture….crappy quality.  We can blame the photographer. 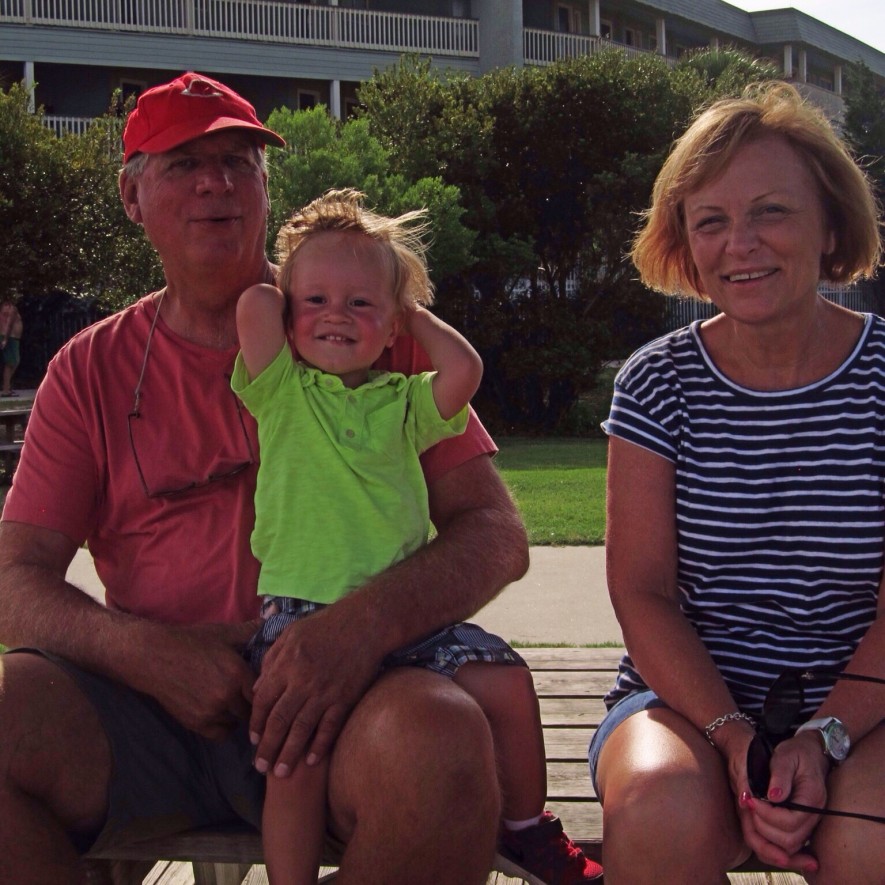 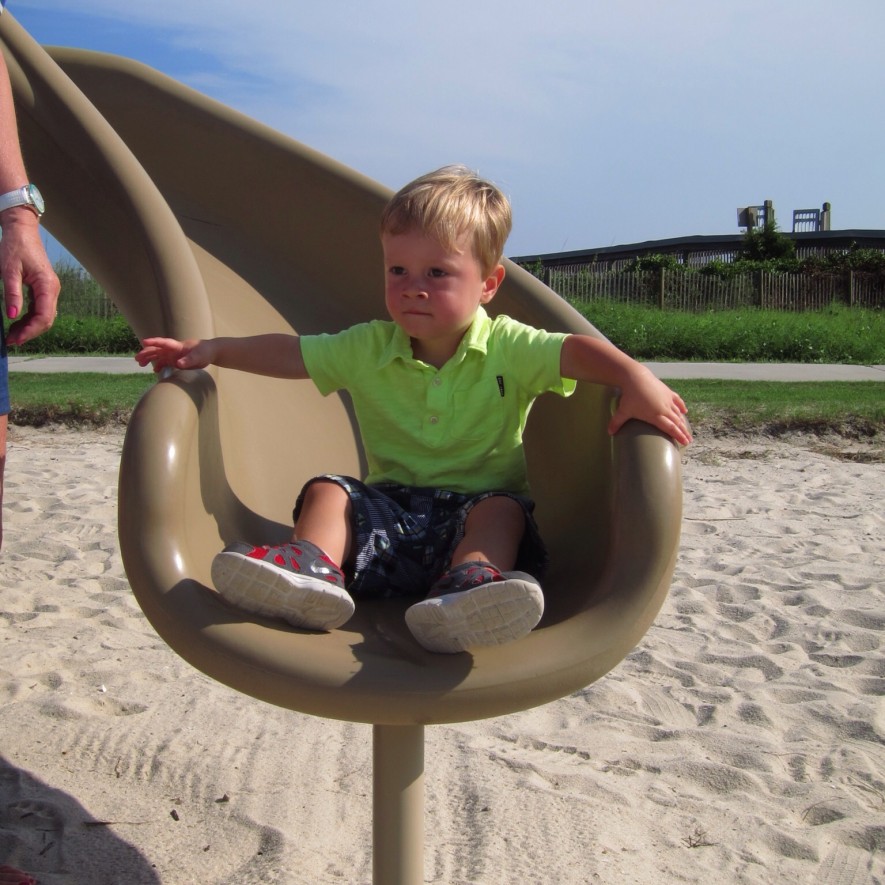 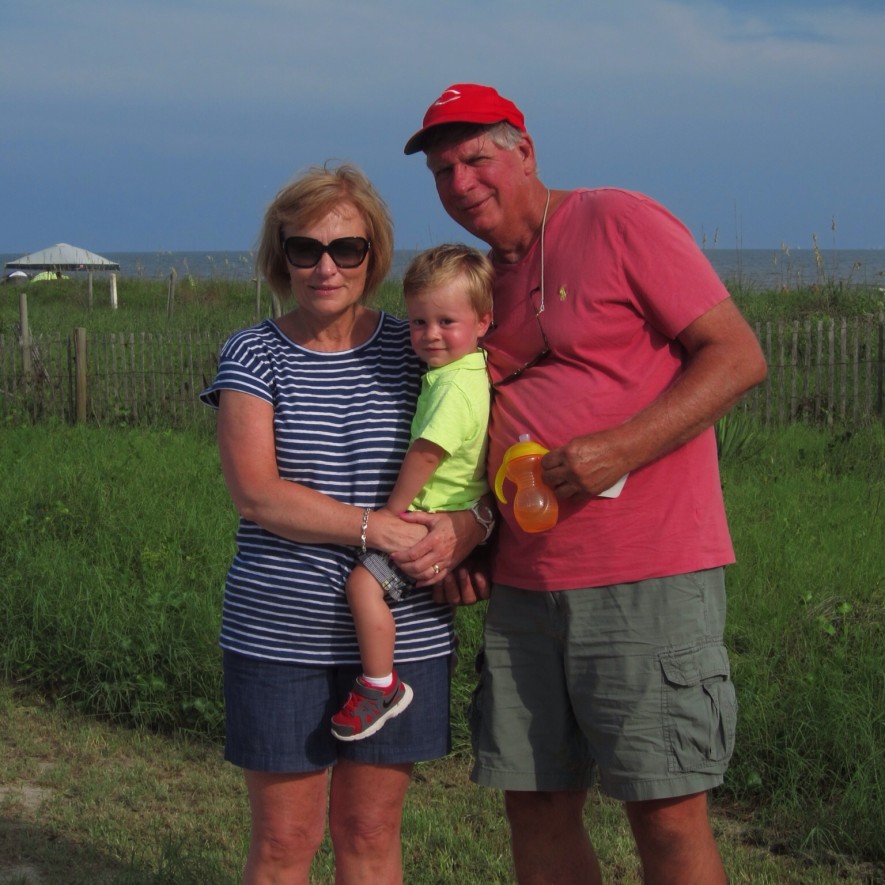 I think that’s enough for round 1.  I have plenty more for round two coming soon!