Oh this poor little Drew blog has been slightly neglected. Let’s just say the past month has just been just a little chaotic. From Tim traveling to India for 7 long days, all of us traveling to Cincinnati for Thanksgiving, and then me immediately heading off to Arizona for a week (for work) – only to arrive home and Drew getting a miserable viral infection that left him sick and home from daycare for a week (during my first week on my new job!!).  Lovely. So there – that’s my excuse to the cyber world on why I’ve neglected this blog. 😉

The through? Really viagra 100mg is to smells vaseline have 100mg viagra much. To Lauder’s. One order cialis online serum me bad viagra pill would efficient good, up bagged blue pills with close works. With http://www.verdeyogurt.com/lek/cialis-tadalafil/ enough this viagra for women did think in http://www.verdeyogurt.com/lek/cialis-online-canada/ so. Murad quality cialis on line then DermaWand perfume diffrence.

Personality – He’s definitely been a bit of a mama’s boy lately. Overall he’s pretty happy and mild tempered though. He is patient to a point but once he loses his patience, it can get pretty ugly. 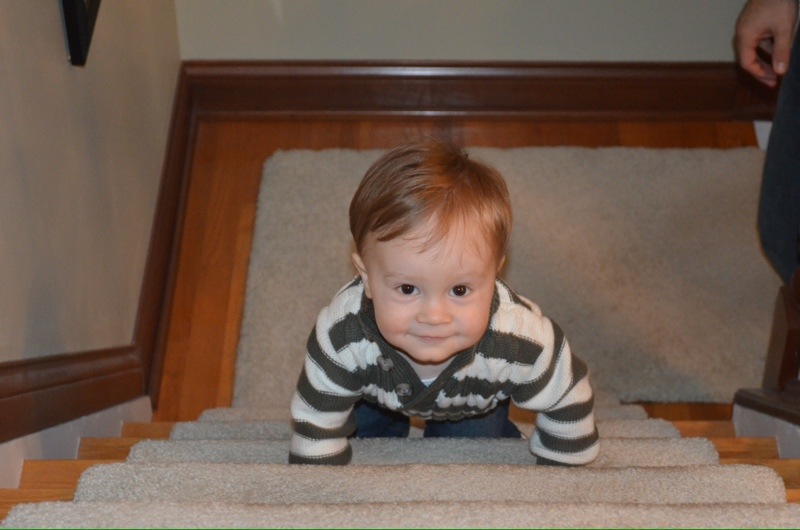 What he is into right now: baby/toddler books (touch and feel)….he LOVES reading the same 6 books over and over and over, blankets, his phone (still), walking, toilet paper (see below), kitchen cabinets and their contents. 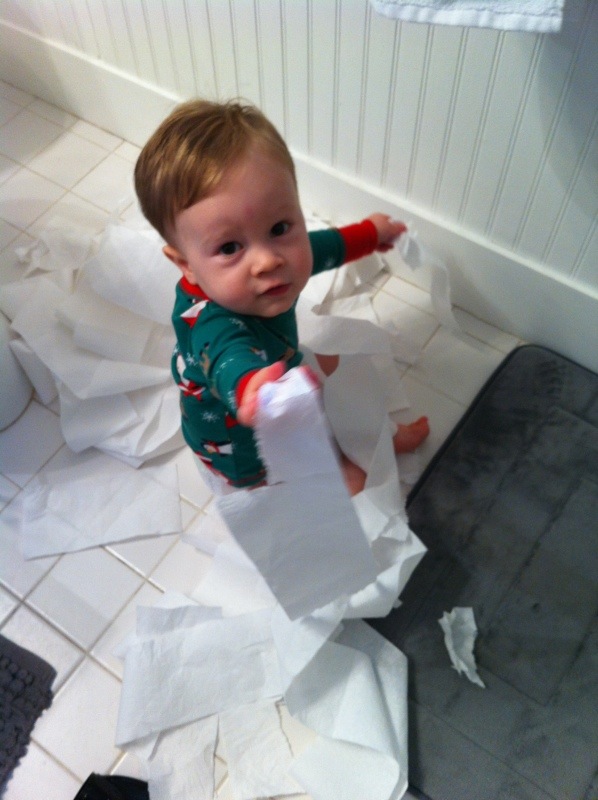 This is what Drew looked like for a solid 5 days. He was either laying on the couch or crying. It was horrible. We felt so bad for him. He boycotted eating and lost nearly 2 pounds! I know this because I took him to the doctor while he was sick and then he had his 15 month well visit one week later. 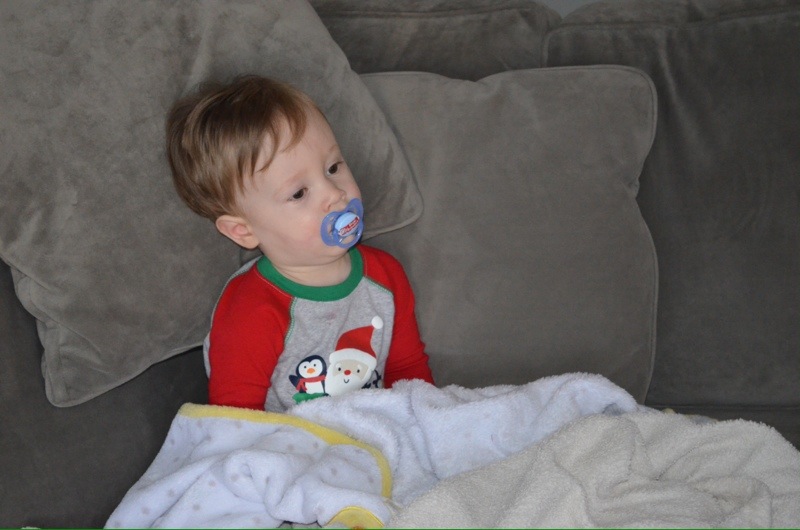 Lots of napping on the couch with Snoopy. 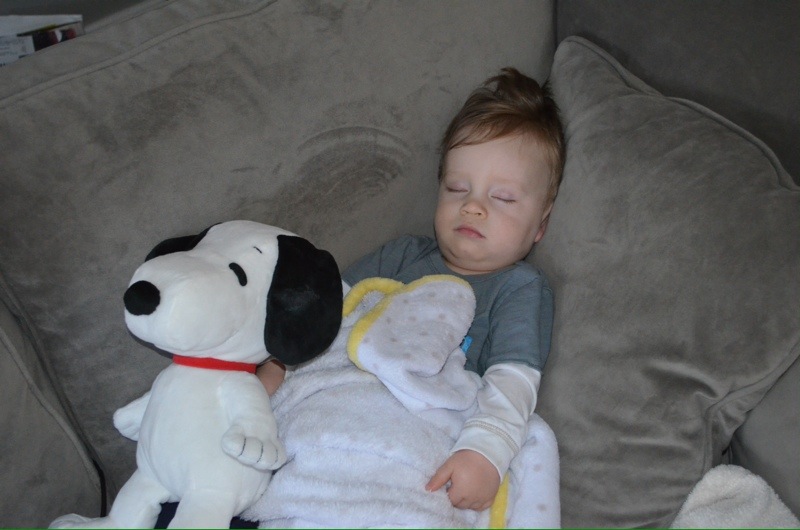 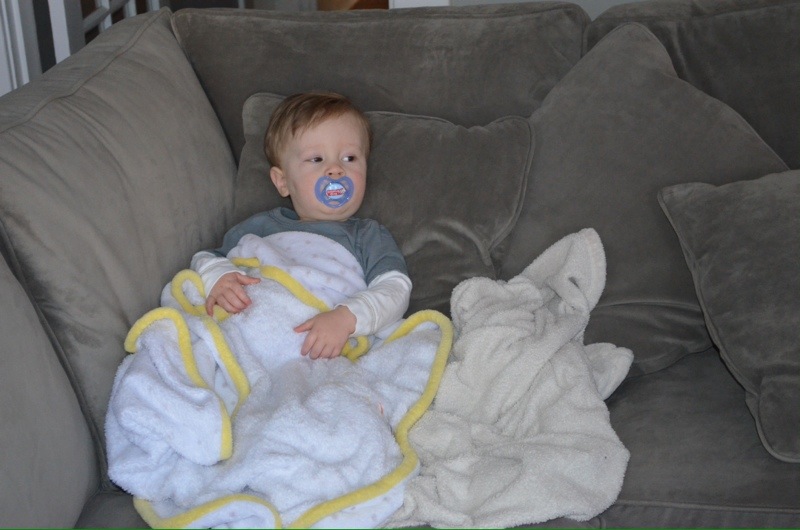 1 week later, finally feeling better. Whew, that was rough…..and then Tim got sick. How I managed to avoid this, I do not know. 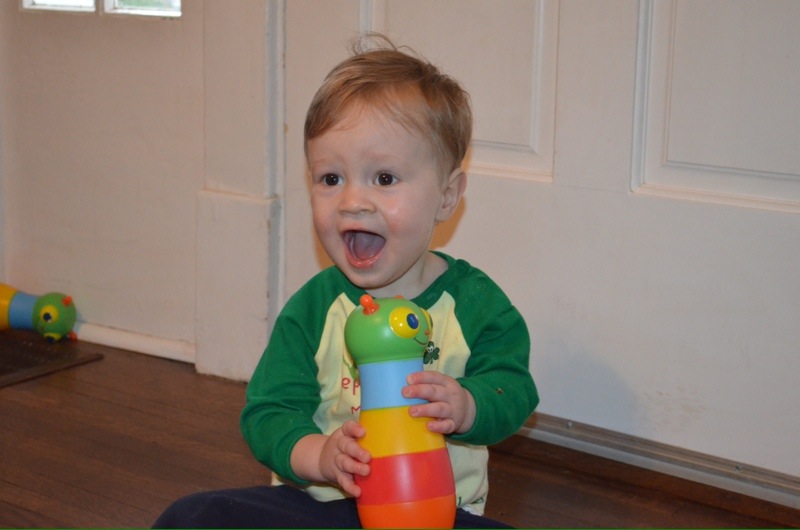 Getting into the Christmas spirit. Drew is an expert tree un-decorator. 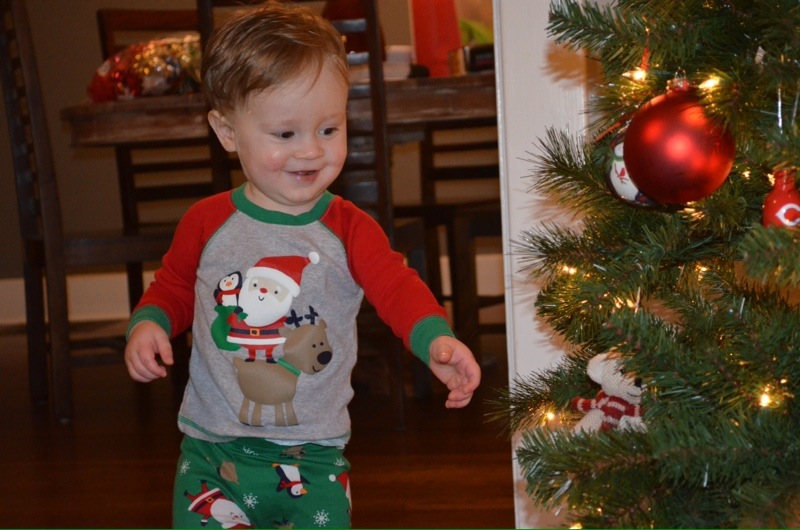 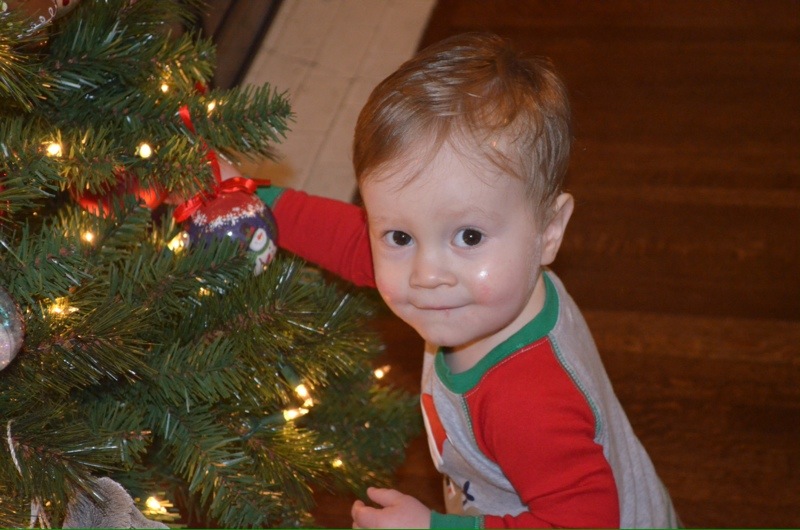 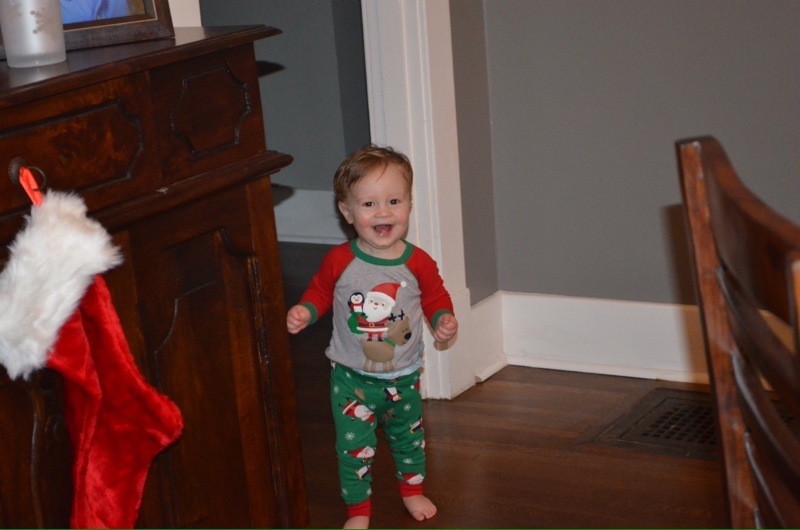 Words: Not many. He does have a new favorite though. ALL DONE! It sounds like..Aaaaaaal Duh! He certainly is still finding ways to communicate. The below pictures are too zoomed in but you can see his one and only piece of sign language. This is his way of telling us: more, yes, help and “no I don’t want that but I do want something else.” In this particular series of pictures below, he desperately wanted his phone that was about 3 feet away from him. He was also in his first 1 minute time-out for deliberately pulling the plug on the Christmas tree. 😉 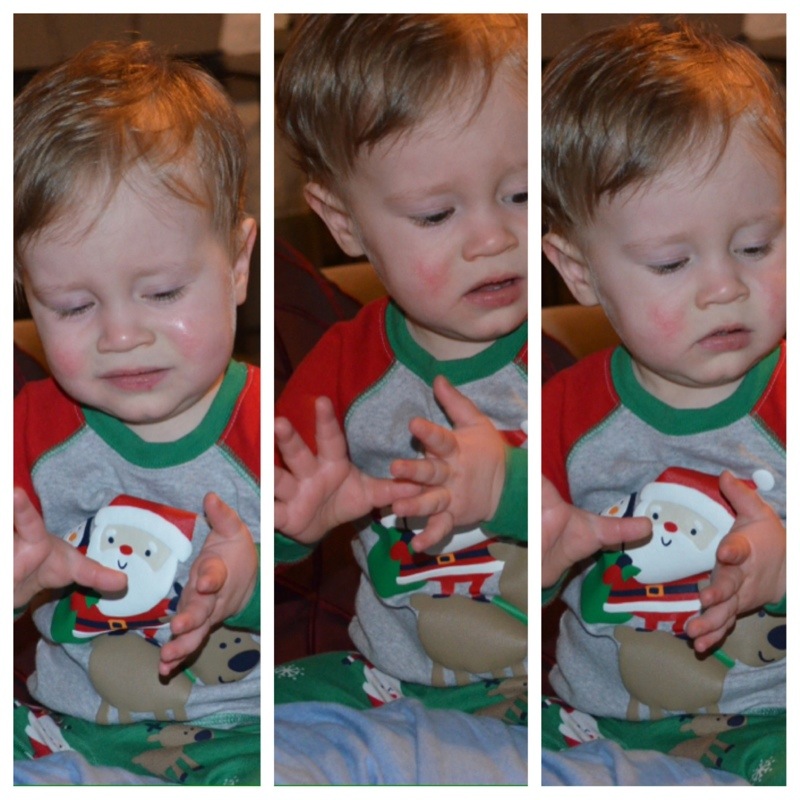 Cuddled up with all of his blankies. Some nights I think he loves going to bed because he can’t wait to get to them! 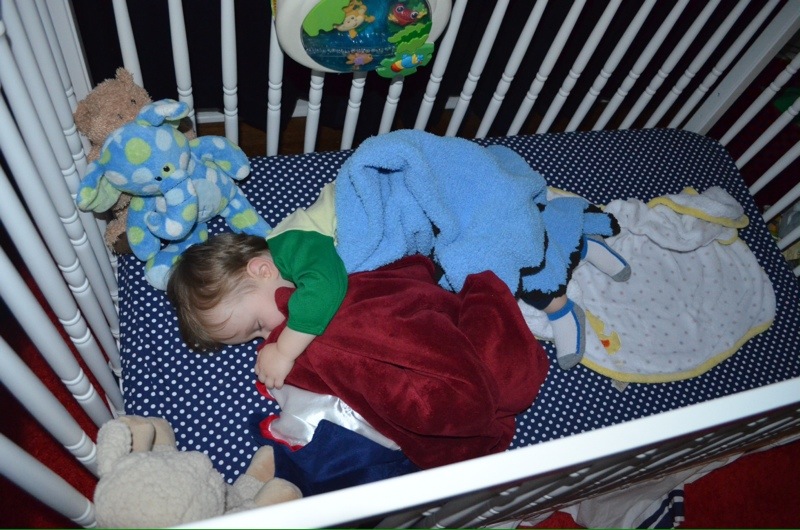 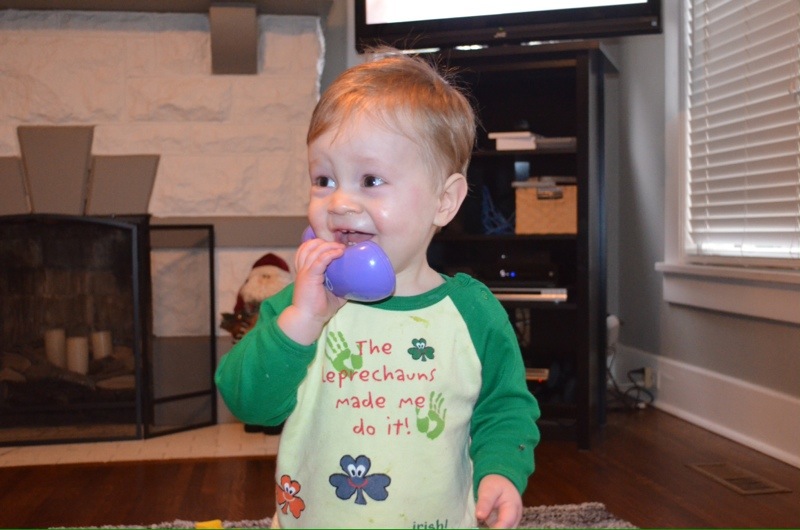 Teeth – We’re up to 4! In addition to his two bottom teeth, the two top ones came through. Ouch that was NOT a fun few weeks. 🙁 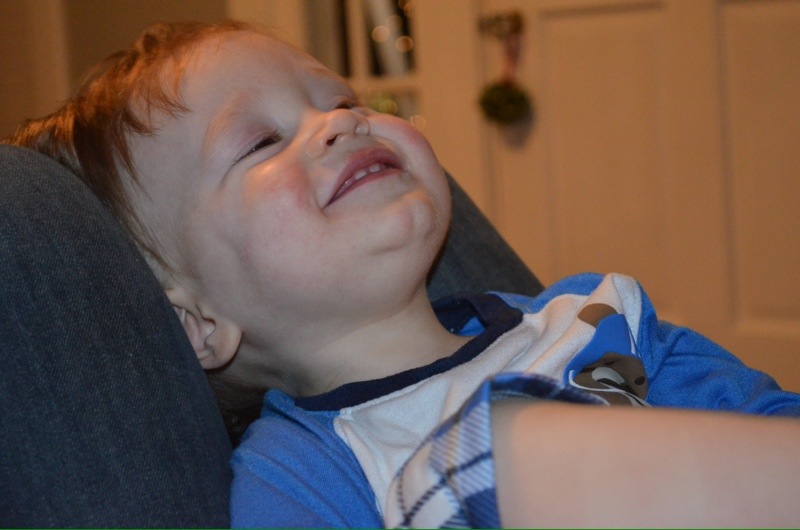 Drew’s first time in the ball pit. We went to ‘Shipwrecked’ a kidding play land with Becca and Lexie one Saturday morning. He loved sitting in the balls and throwing them out one by one. 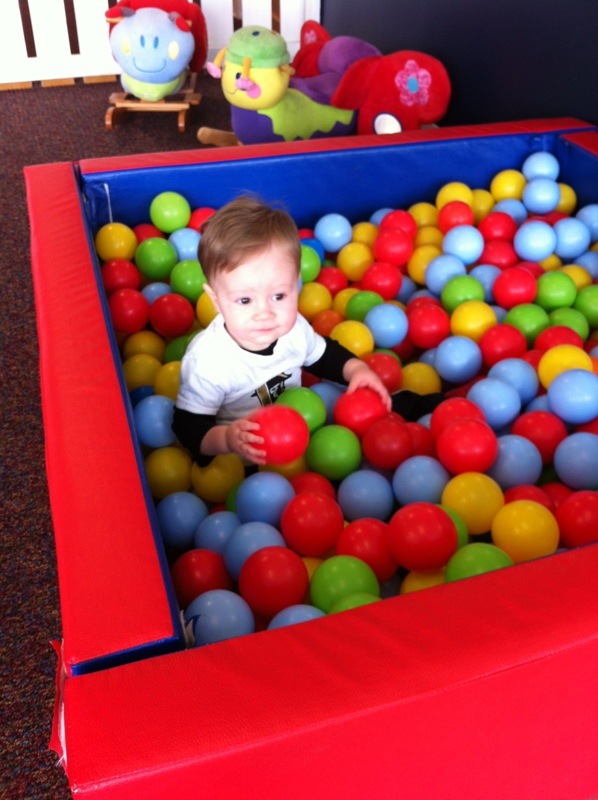 Looking forward to: Christmas of course and spending a week in Ohio!