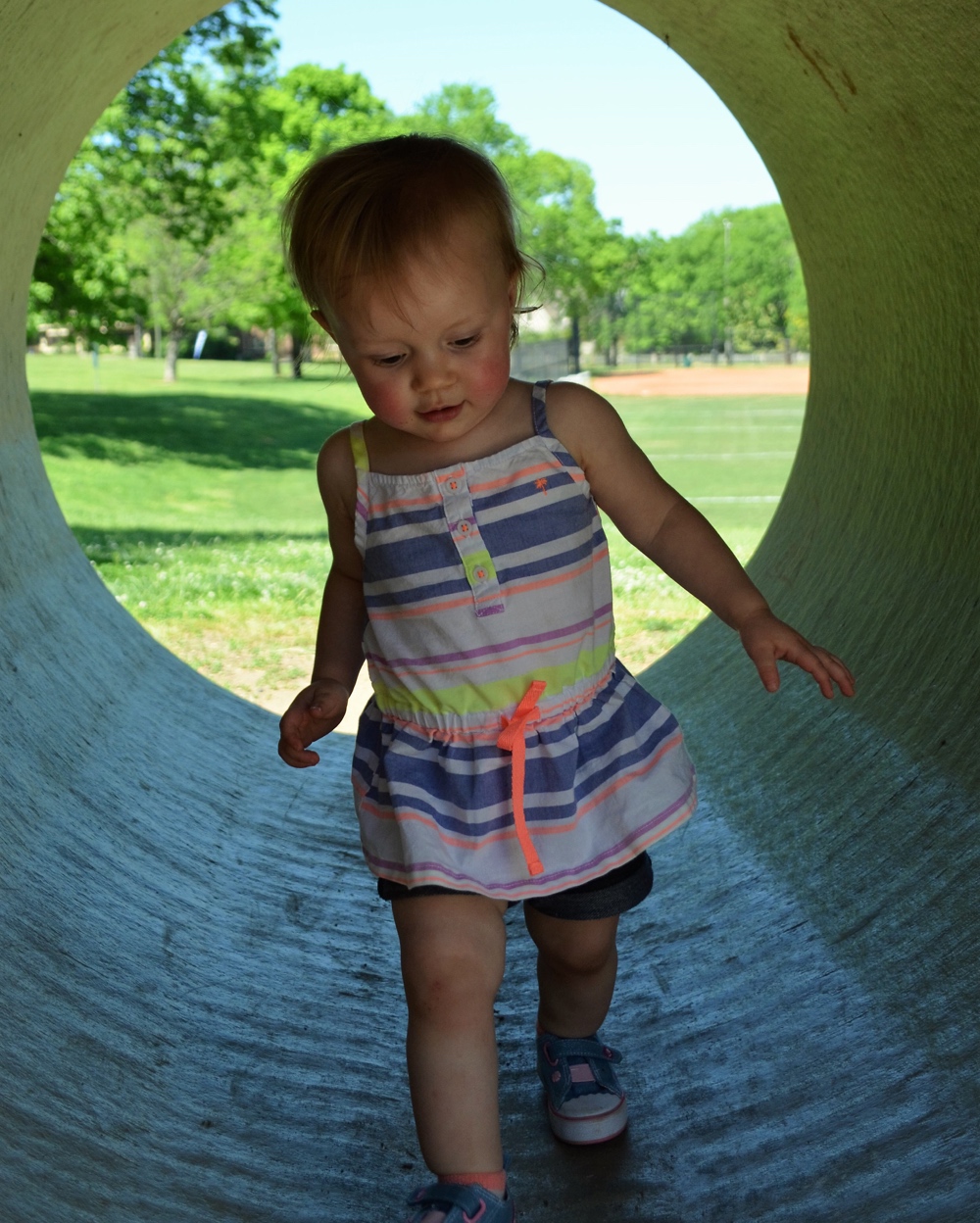 Emery turned 18 months, oh, a month or so ago so time for a little update. Gosh, where to begin?  Ok milestones….

Talking – she has a good handful of words that she uses regularly and most recently “No” is by far her favorite.  I have to say that she says “no” so delicately that it almost sounds like a little puppy dog saying it.  It’s pretty adorable at the moment.  We are still working on “yes” as right now it is a very demonstrative and dramatic head nod.  She also says Drew all day every day.  Either “dew dew” or “DEWWWW!” when she is frustrated with him.  Other common words include doggy (daw-ey), yogurt (go-gur), Da-da and Mama and all-done.  She’s also just started repeating everything so we think the vocabulary explosion is coming soon. 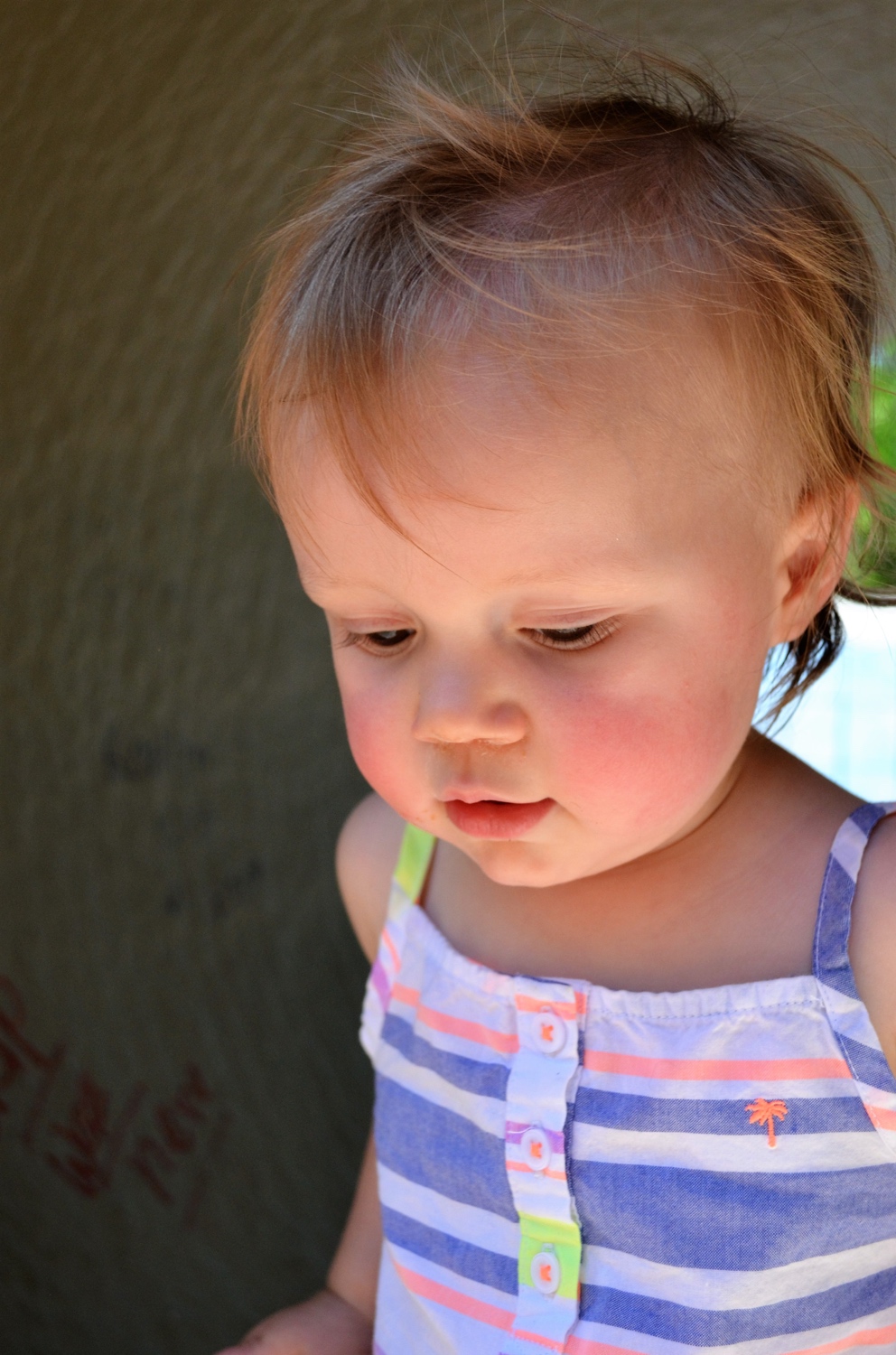 Sleep – Emery goes to bed easily each night.  Shortly after this picture was taken she started making it a routine to be put in her bed dropping (eh, or forcefully throwing) each one of those stuffed animals outside her crib, leaving just her blanky.  She sleeps through the night with no problem at all and wakes up around 6-6:30am, just as soon as Drew wakes her up.  Once awake, she gets to head to her favorite meal of the day.  She loves her breakfast. 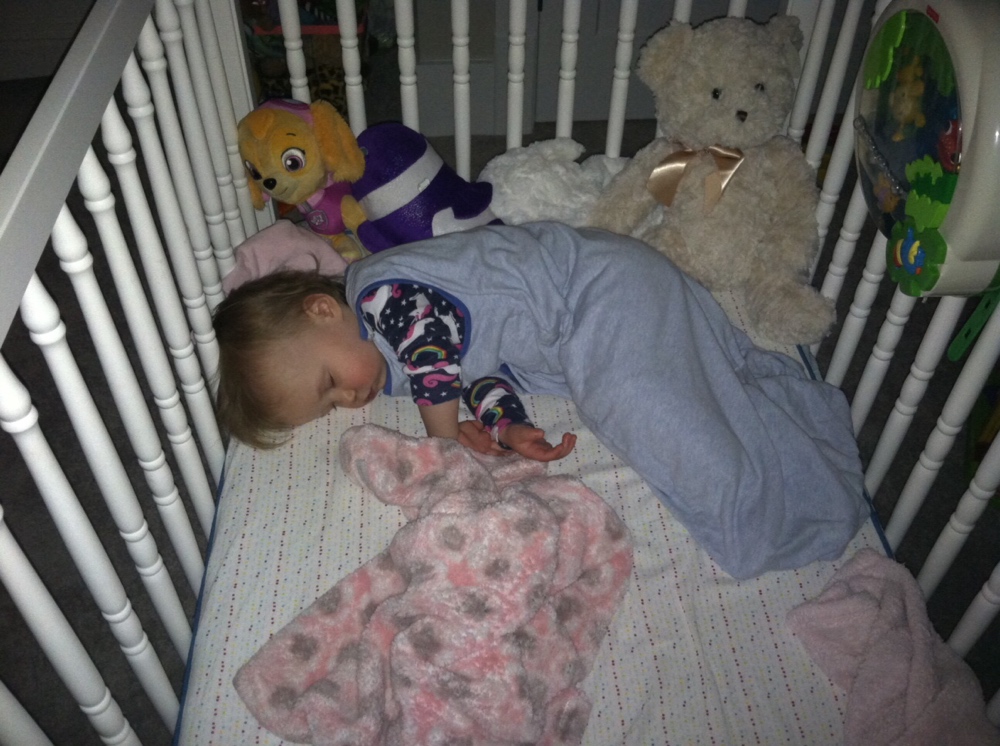 Eating – aside from breakfast and snacking she’s hit or miss.  Typically she’ll pick one item on her plate and eat it all and then lift her plate quickly saying “all done, all done, all done” until someone grabs her plate before she spills / drops it.  Oh but does she love her sweets.  I made the mistake once of letting her have a little spice drop candy.  She then knew where the bag was hidden (not so hidden I guess) and she’d stand at the drawer and cry until I’d give her one.  One night she did wake up, which as I stated earlier is extremely rare.  Both Tim and I dealt with her and could not get her back asleep and we had no idea what was wrong.  I ended up in the kitchen with her at 3am and once I realized she was screaming for her candy, I quickly gave in to her.  She had one spice drop, turned off the tears and went straight back to bed.  Sigh……….luckily that’s only happened once.  She definitely won that night. 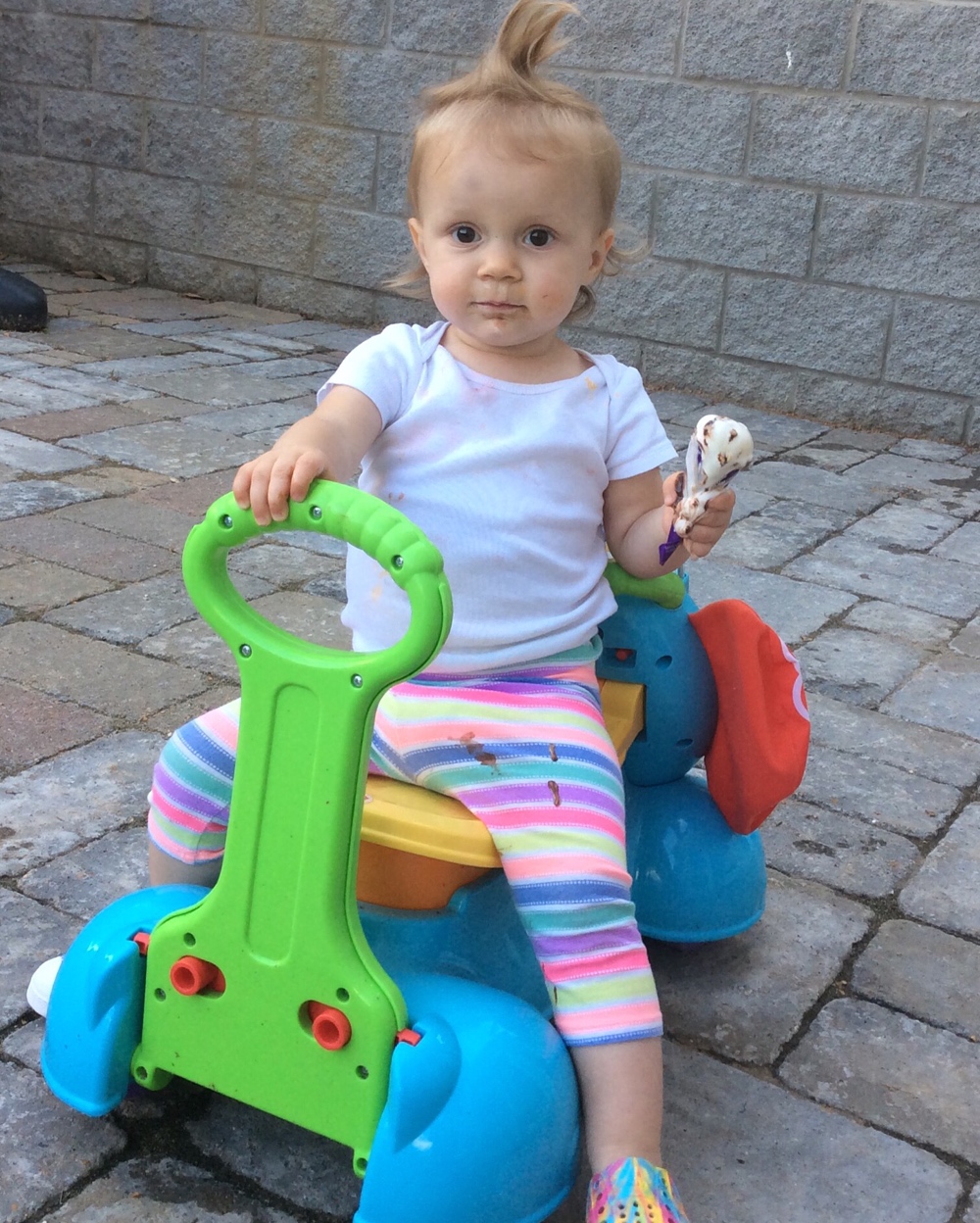 She’s our messy girl for sure.  Yeah, I know all 18 month olds are messy but I mean, she’s really skilled at getting messy.  I love this picture above because it shows what a hot mess she is most nights.  Snot running, hair wherever and ice cream all over without letting us help her. 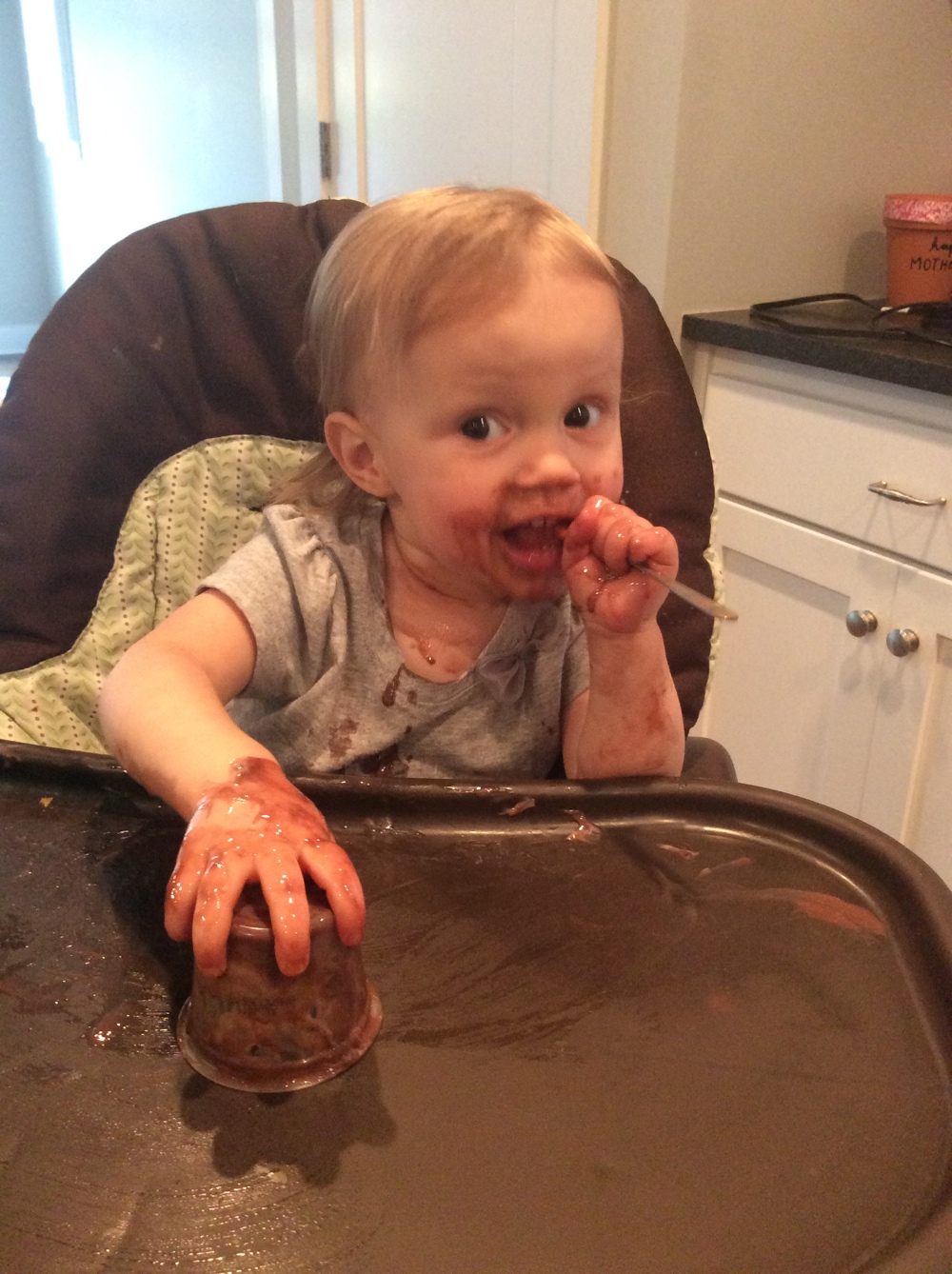 Physical – She is strong!  She loves to roll around and well, kind of flip around on the couch or wherever.  She’s certainly a skilled climber too and loves to be swung upside down and thrown around by Tim.  Um, maybe a little gymnast in the making?  She does one heck of a forward roll for an 18 month old. 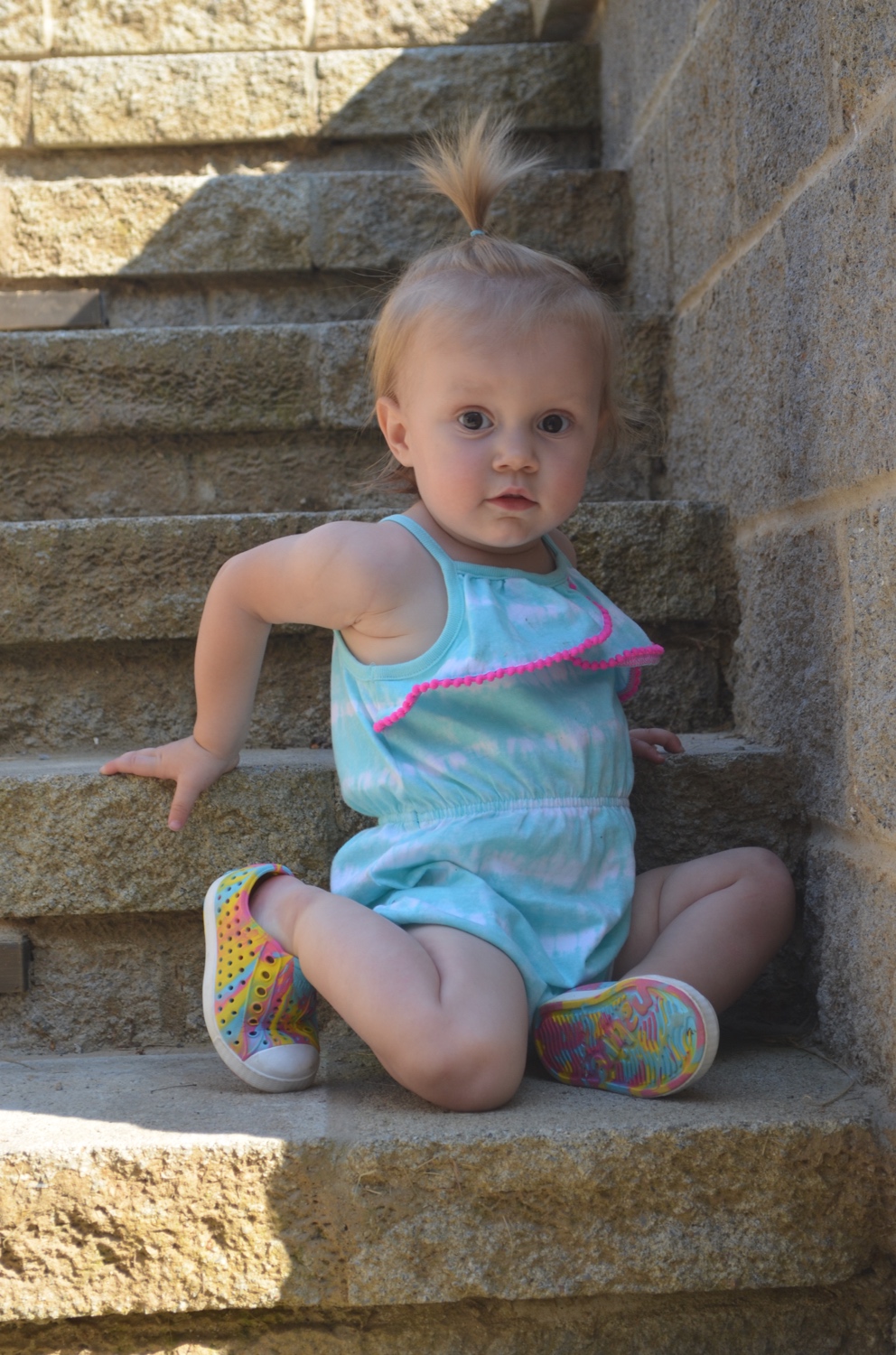 Some of her favorites; baths, Drew, candy/sweets/ice cream, dogs, rolling on beds and couches, her car seat, Ms. Cheyenne and Ms. Lauren, climbing on whatever and shoes. 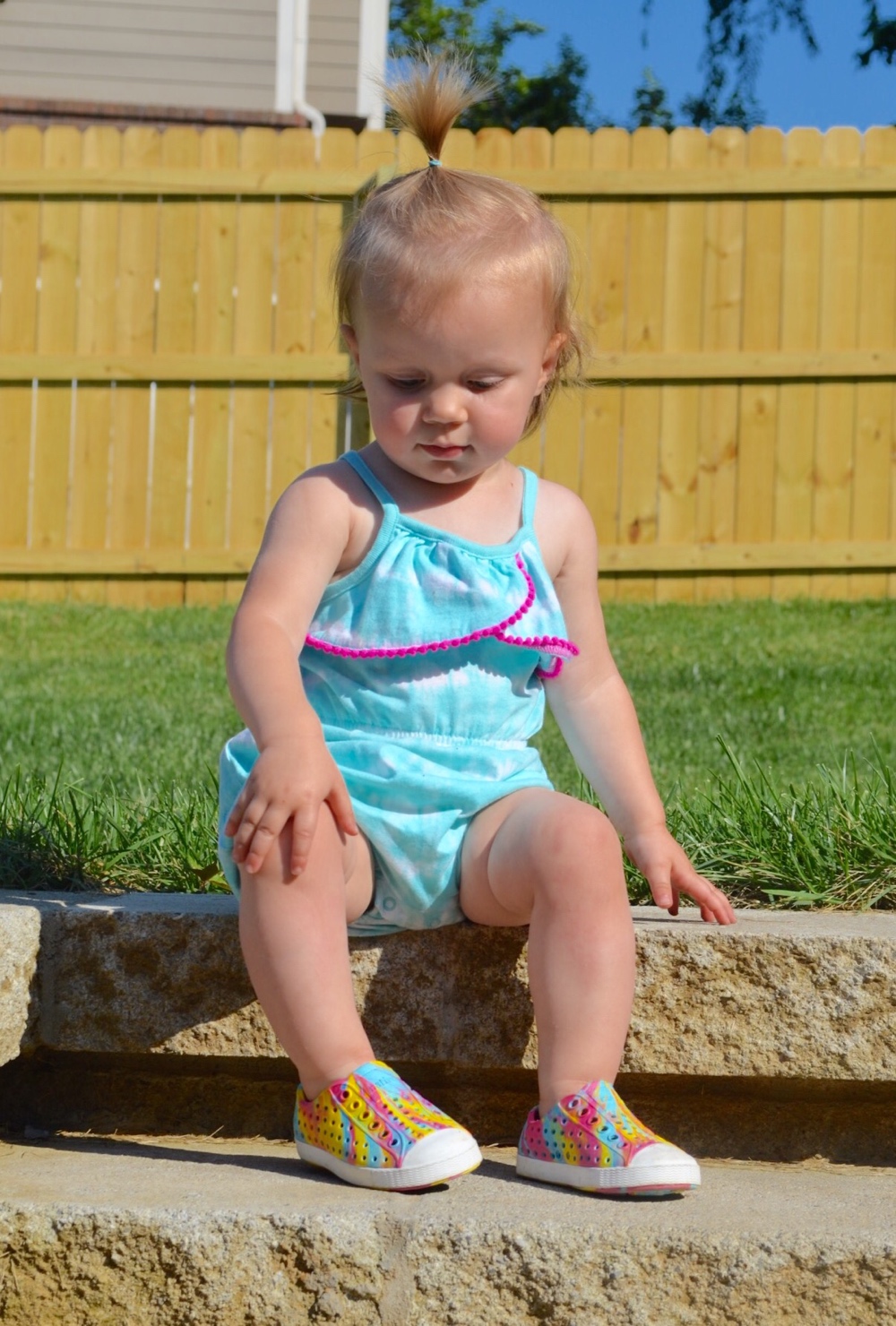 Demeanor – She goes from happy, adorable sweet-as-can be Emery to frustrated and screaming in .2 seconds.  Often we come home from school and she is ANGRY if dinner is not ready for her.  I really don’t think she’s even that hungry, it’s just her routine to cling to me and not let me finish getting dinner ready.  If I put her down she’ll wail horribly for no reason at all.  She’s certainly becoming quite independent and throws a fit often when we try to help her with something.  She’s also quite the “pester-er” and often has Drew in tears.  She can hold her own for sure with him. 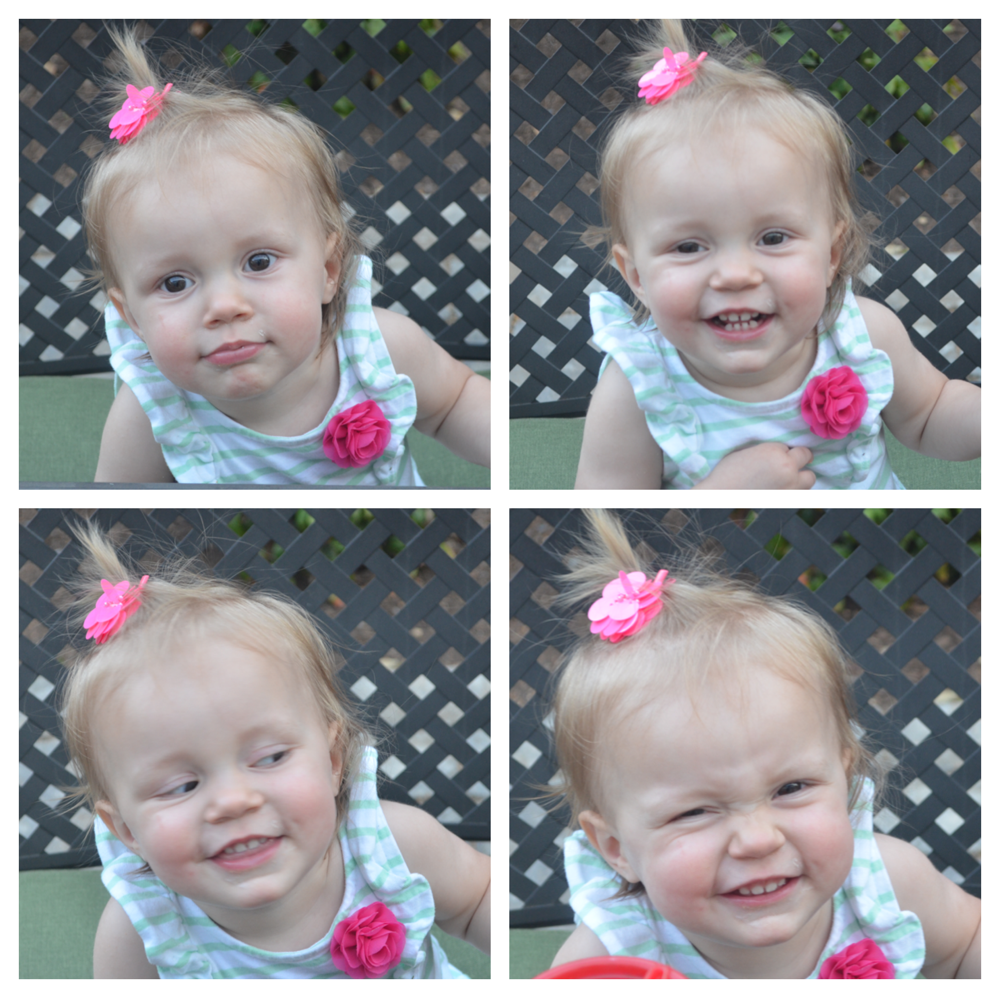 Overall she certainly keeps us on her toes however she’s usually easier than she’s not.  We just love her to pieces and each day we end up laughing at something silly that’s she’s doing.  I can’t wait to see how her personality continues to develop. 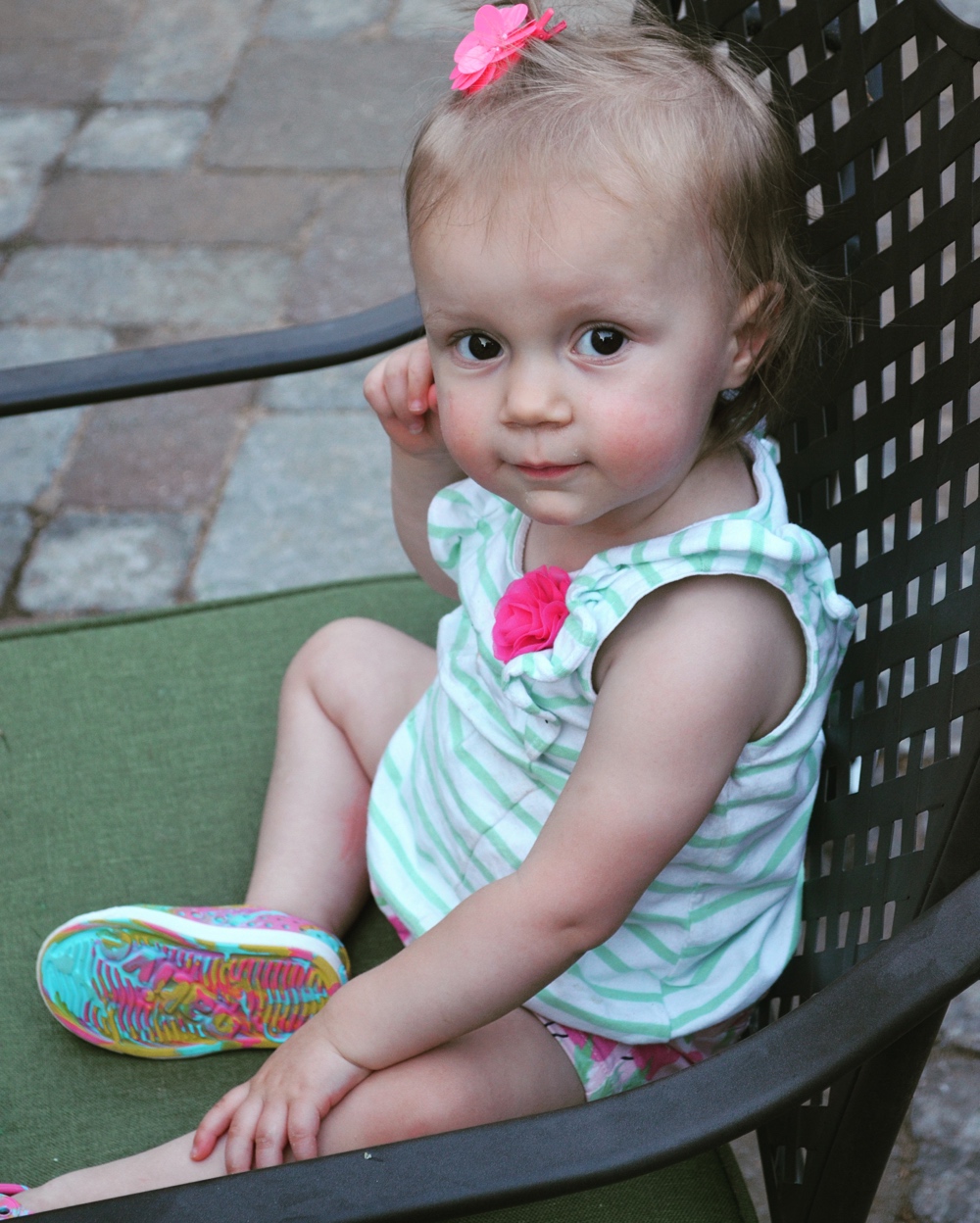