Welcome to the world Emery!

Early Saturday morning on November 29th, little Emery joined the world. Her birth was nowhere near as eventful as Drew’s however she still jumped into the world pretty quickly. For my own memory, I thought I’d “write” down her story.

I had a doctor’s appointment that Friday morning, the day after Thanksgiving, and was told I was having contractions every 5 minutes (I had a non-stress test). The tech told me that was not abnormal for 38 weeks and to “stay close to home” but that I’d still probably make it through the weekend. I really wasn’t feeling anything until I was told I was having contractions and then all of the sudden, I started feeling them.  So – I guess technically I was in labor the rest of that day. The contractions remained about 4-5 minutes apart and weren’t super painful, just uncomfortable.  I never really went through labor with Drew since he sort of flew into the world without any warning so I really wasn’t sure what was normal and what wasn’t.  Regardless, I went home and went about the day.

It was black Friday and Carol and I (Tim’s parents were in town that entire week for Thanksgiving) decided to take Drew to the mall to buy a specific pair of shoes for him. We didn’t find the shoes and as we were in the mall, I was realizing that maybe that trip wasn’t the best idea. I had a weak moment as I really wanted to get the heck out of the mall and let Drew pick out new (ugly) tennis shoes (which I’ve since exchanged) and was very happy to be back home after that trip. The rest of the day we hung around the house. We ordered pizza for dinner, got the Christmas tree out and up and played with Drew, not realizing that very soon we’d be a family of 4. We went to bed around 11pm or so and instantly the contractions got a little bit worse. I did NOT want to go to the hospital in order to be told I was not in labor so I really wanted to be sure this was it. Around 12:30am or so, I decided we should go. Even though I didn’t want to be sent home, I also didn’t want to have a baby in the car (which after Drew’s birth probably could have happened) OR miss out on an epidural (which also happened with Drew).  I had no desire to go unmedicated again.  Heck no.

Heading to the hospital was the right decision as my painful contractions quickly turned into excruciating ones while also becoming much closer together. The hospital is about a mile or two from our house and we arrived right around 1am and Emery arrived at 2:43am. She probably could have been there sooner but I was going to do everything I could to get that epidural which finally I did (seriously are anesthesiologists really that busy?!?!) . Once the epidural was in place, she was here within 5 minutes or so. We obviously didn’t sleep that night but I still feel so lucky that both of my kids arrived within 90 minutes of being admitted to the hospital. That’s kind of cool and I appreciate that they didn’t make me labor all day/night in a hospital. The next day Carol and Jim came to visit and bring Drew to meet his little sister. He really could not have cared less about her though and only wanted to play with the hospital phone. It was certainly not the sweet visit I had hoped for but honestly, I didn’t really think it would be. We checked out Sunday morning and jumped back into the real world. Carol and Jim left that evening to head back to Cincinnati and then…..we were a family of four. 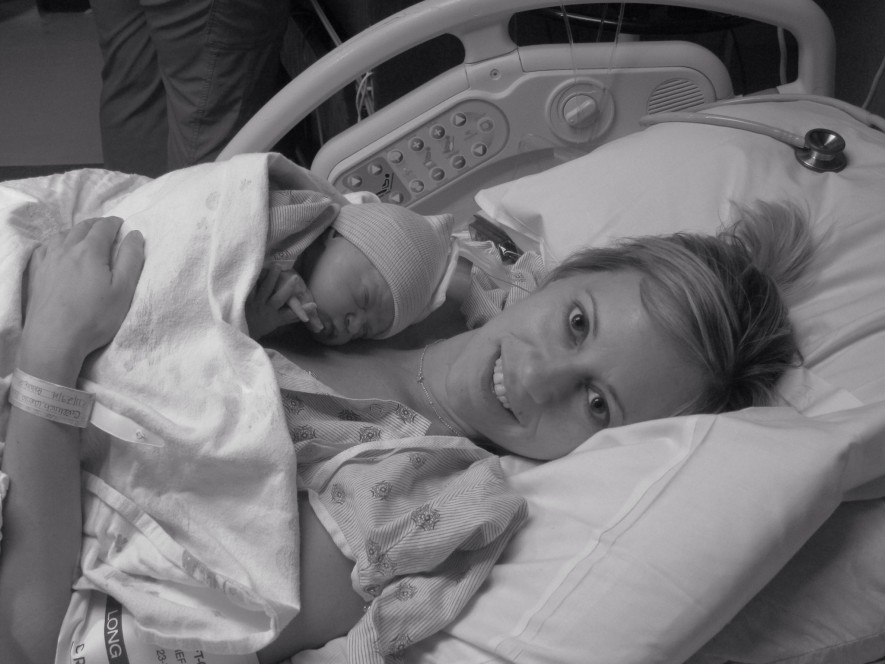 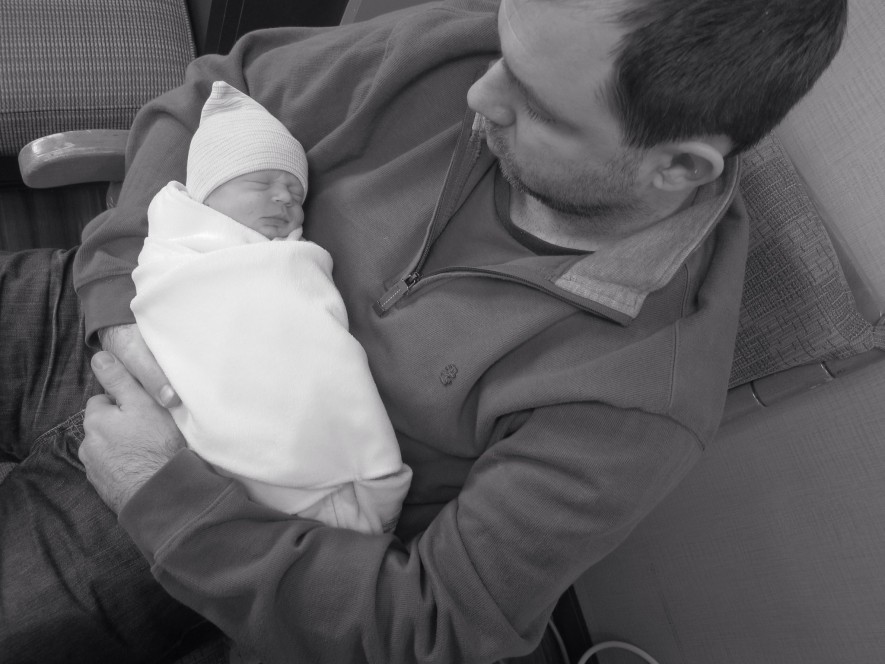 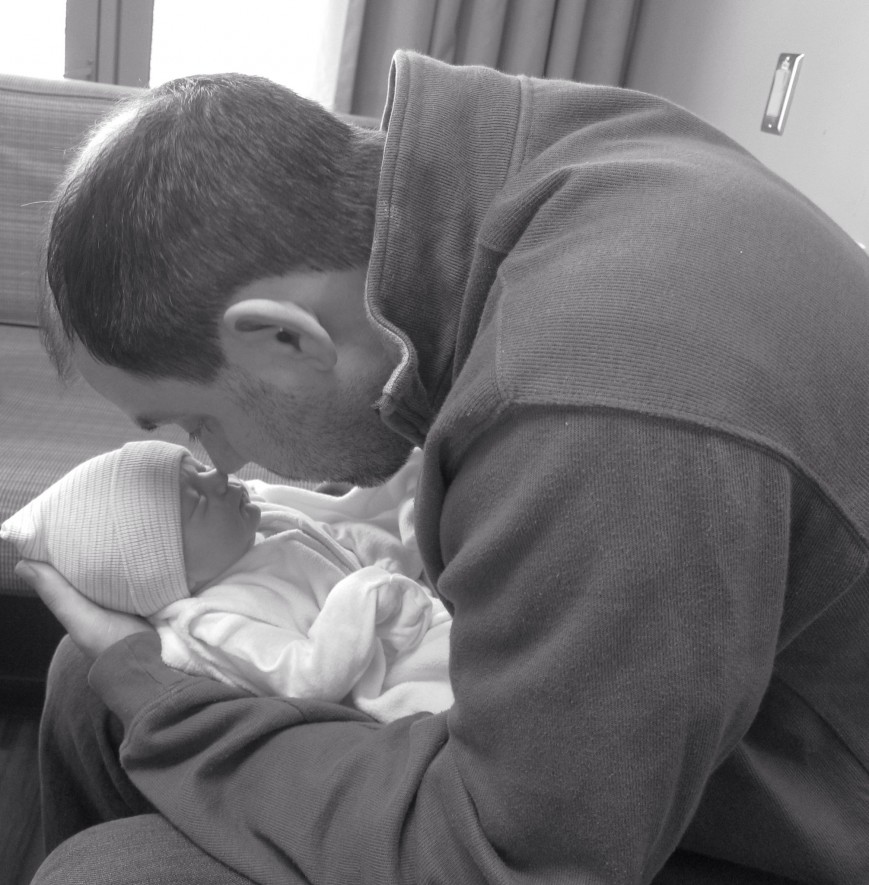 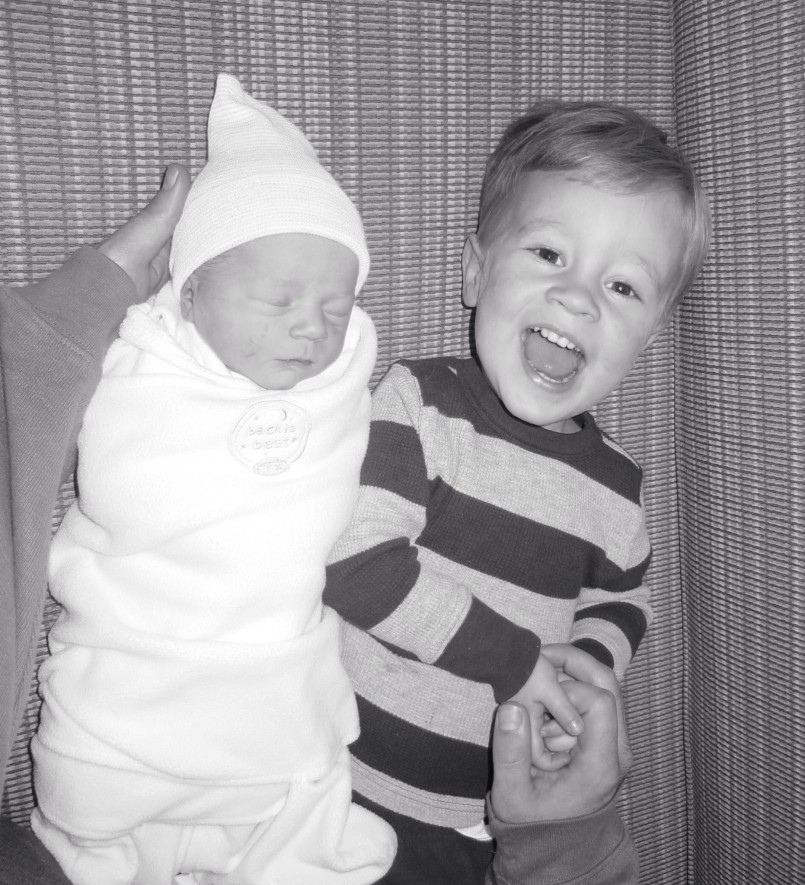 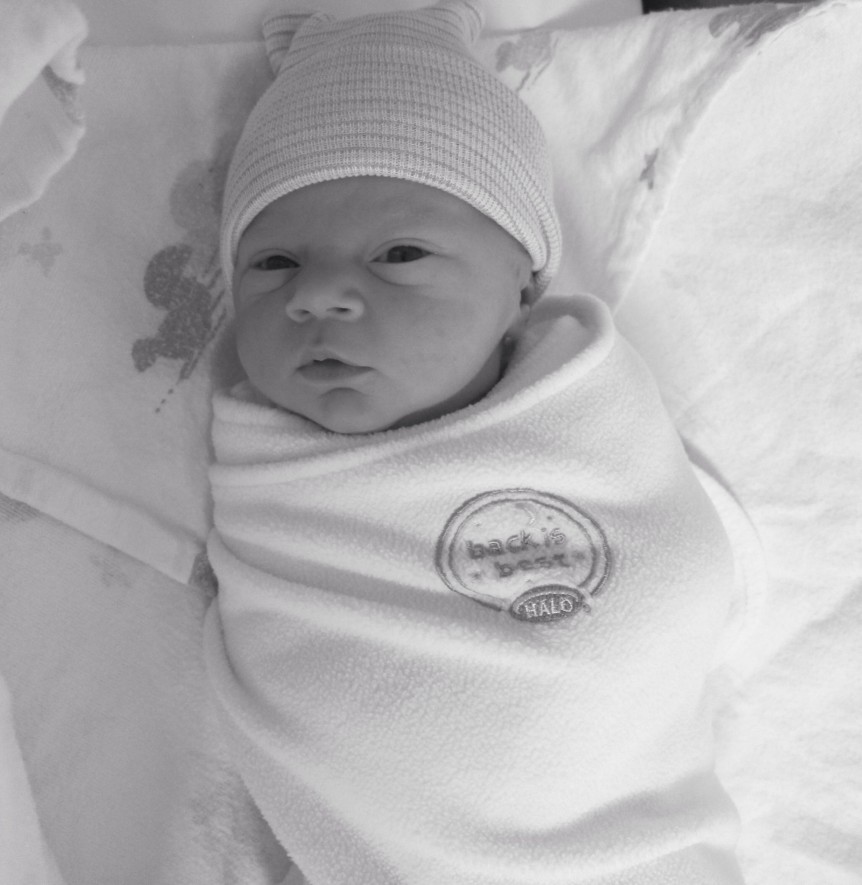