This big guy is 5 months old! Unfortunately Drew has had a bit of a rough month. After two weeks in daycare, he came down with his first cold (fever and all). Poor baby was absolutely pathetic for

about 48 hours. The cold lingered for almost 3 weeks. He finally started sounding better only to end up with another cold. Such is life with daycare I guess. Thankfully he’s still been relatively happy but it has been clear to us that he just hasn’t felt 100%.

The highlight of the month was (FINALLY) rolling over. Actually he did this on February 16th, three days after his 5 month birthday, but had he not been sick all month, we’re sure he would have done this

He went to the doctor on his 5 month birthday (for cold #2 – but yippee for no ear infections) and weighed 15lbs 2 oz. Here’s our chunky monkey in his Vandy onesie. 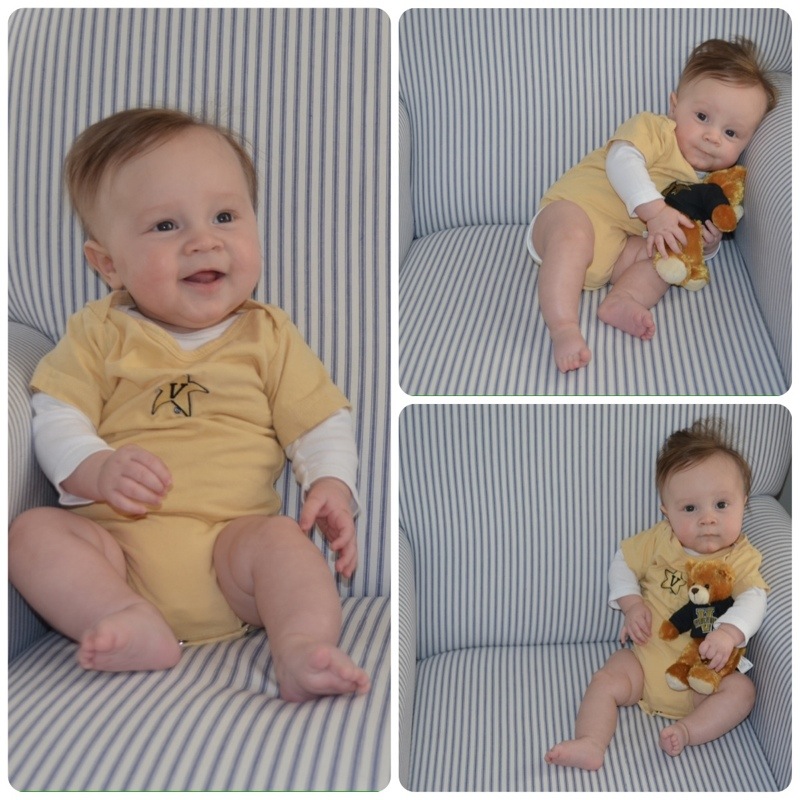 This month Drew started solids. He started this at 4.5 months. It took about one day for him to warm up to the idea. We were surprised how easily he got the hang of it. After each bite he takes his bib and wipes his mouth off. Really he does! Actually for whatever reason he tries eating his bib after each bite but he ends up cleaning his mouh off in the process. 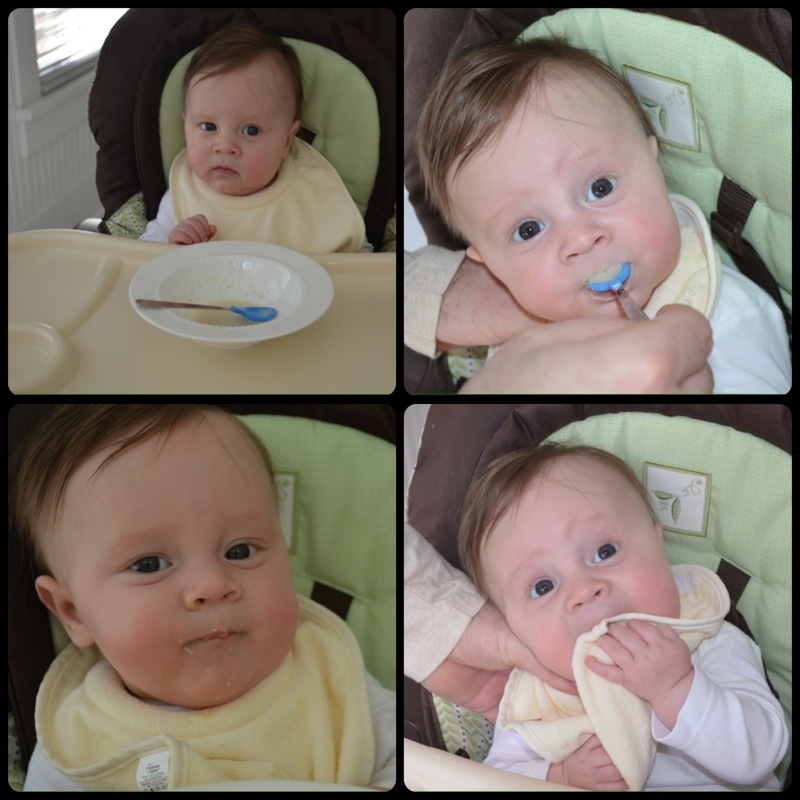 Here’s our sick little puppy trying to get some rest during a mid day nap. We thought the boppy might help him breathe a little easier. It seemed to work. 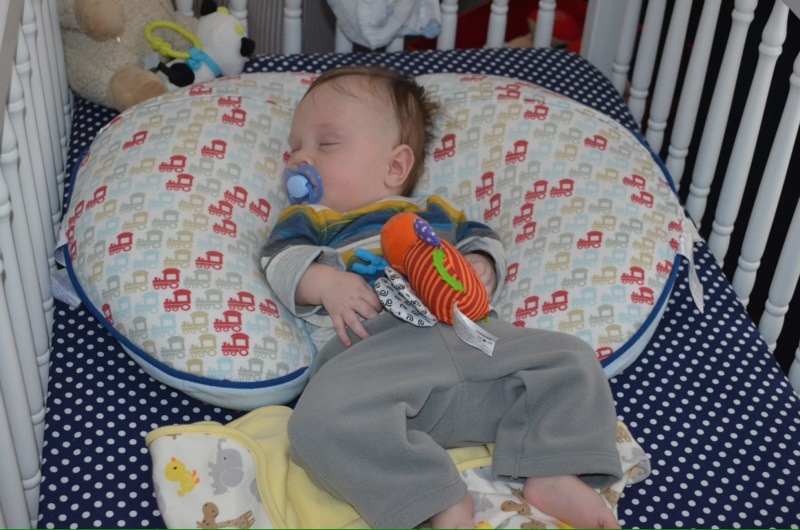 We had a cuddly little Drew this month. 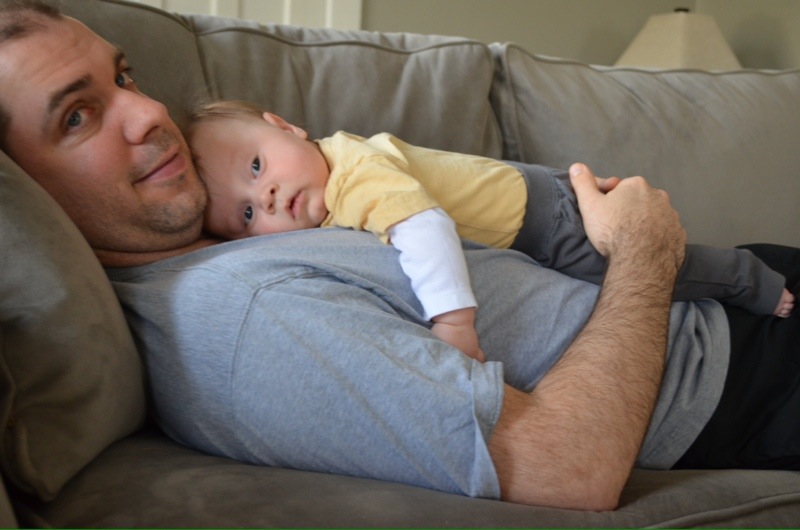 ….and this his how work got done in our house one Friday when a fussy Drew was home from “school.” 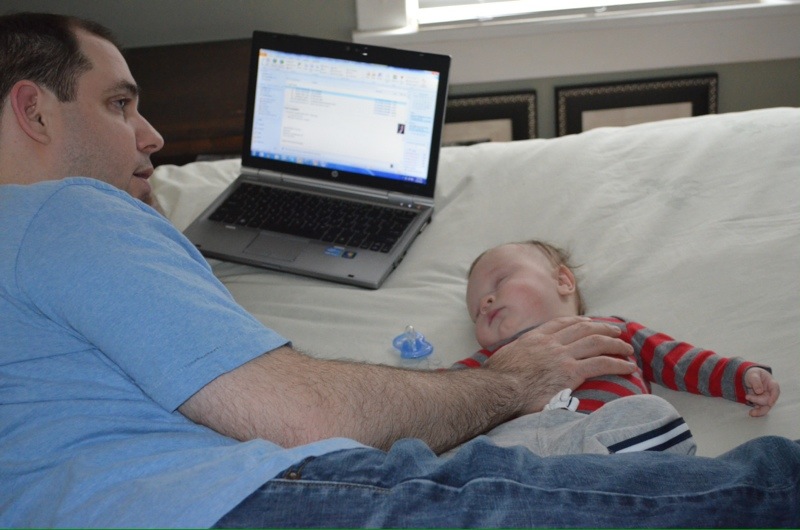 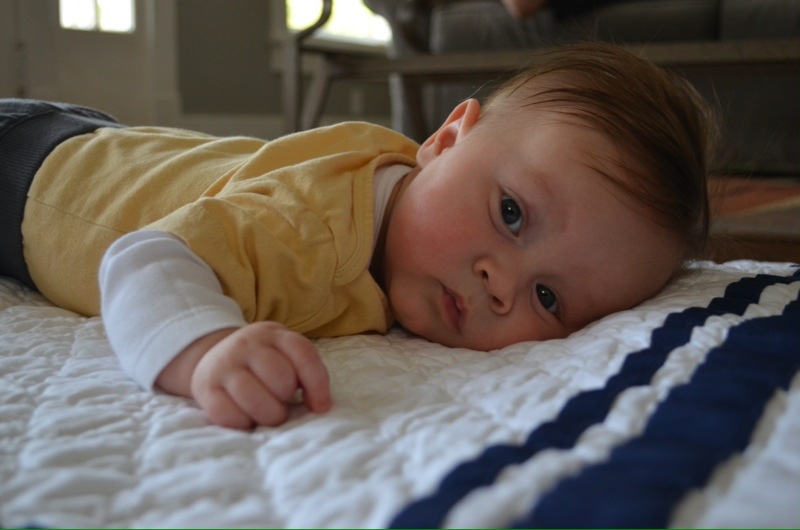 We still managed to get in a couple of Vandy games this month. 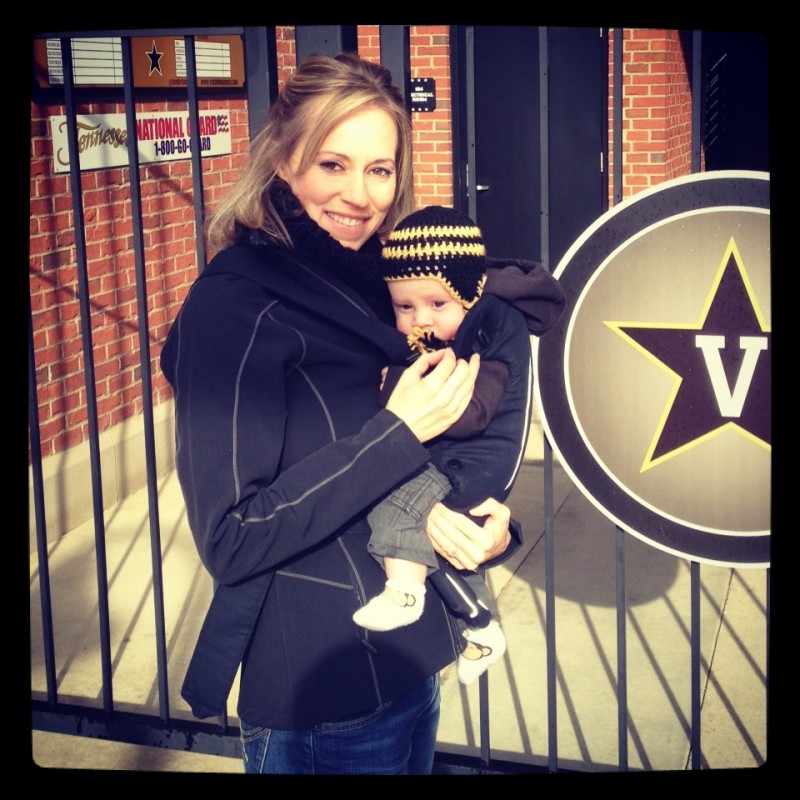 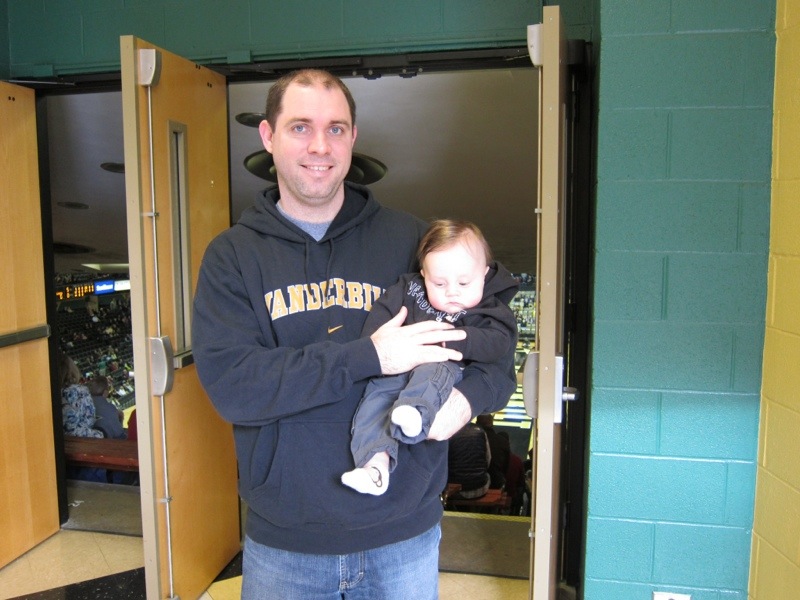 Just look at that sweet face! 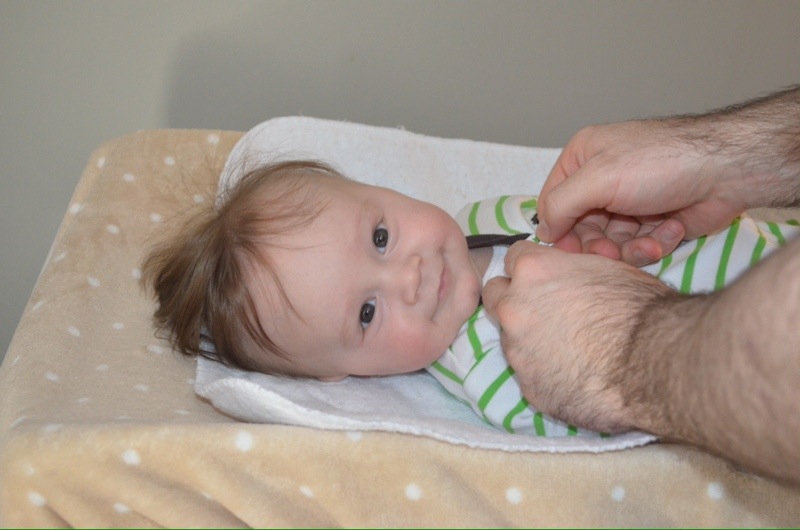 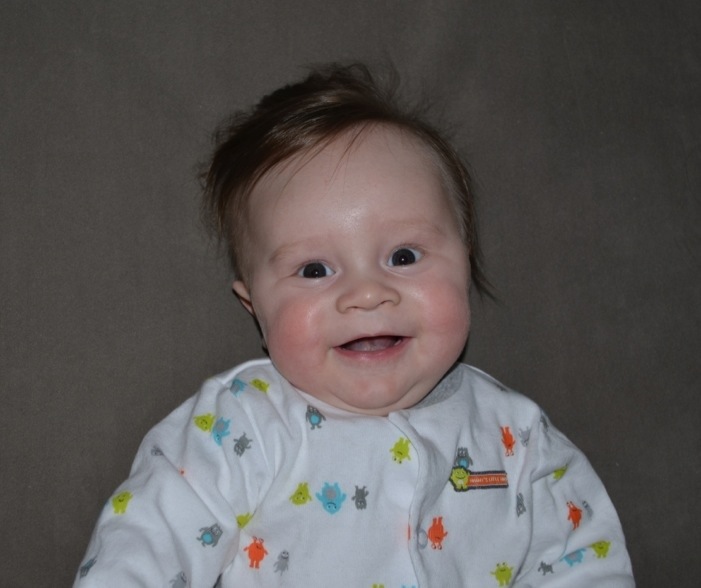 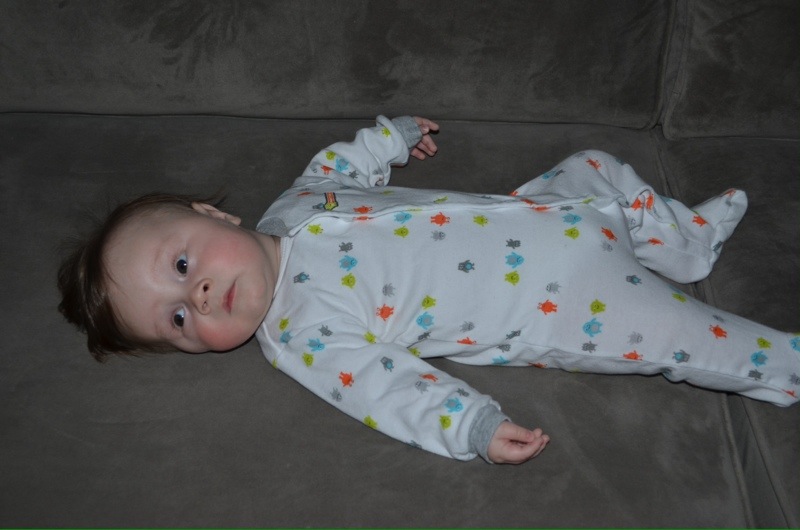 See ya next month!