This certainly has been a December to remember.  The first couple of weeks were awesome.  I was obviously off of work but so was Tim.  We had a lot of time getting adjusted to adding Emery into our world.  It was actually a little too easy as Drew was still going to daycare in order to keep some order in his life and Emery…well…slept a lot.  What a huge difference it is in bringing home baby #2.  The third week of December was a doozy though.  Tim returned to work and Drew came down with a nasty virus that kept him home from daycare and extremely miserable for almost an entire week.  Tim only had two travel days but whew, those were tough days and nights.  Here are some pictures from our month leading up to Christmas. 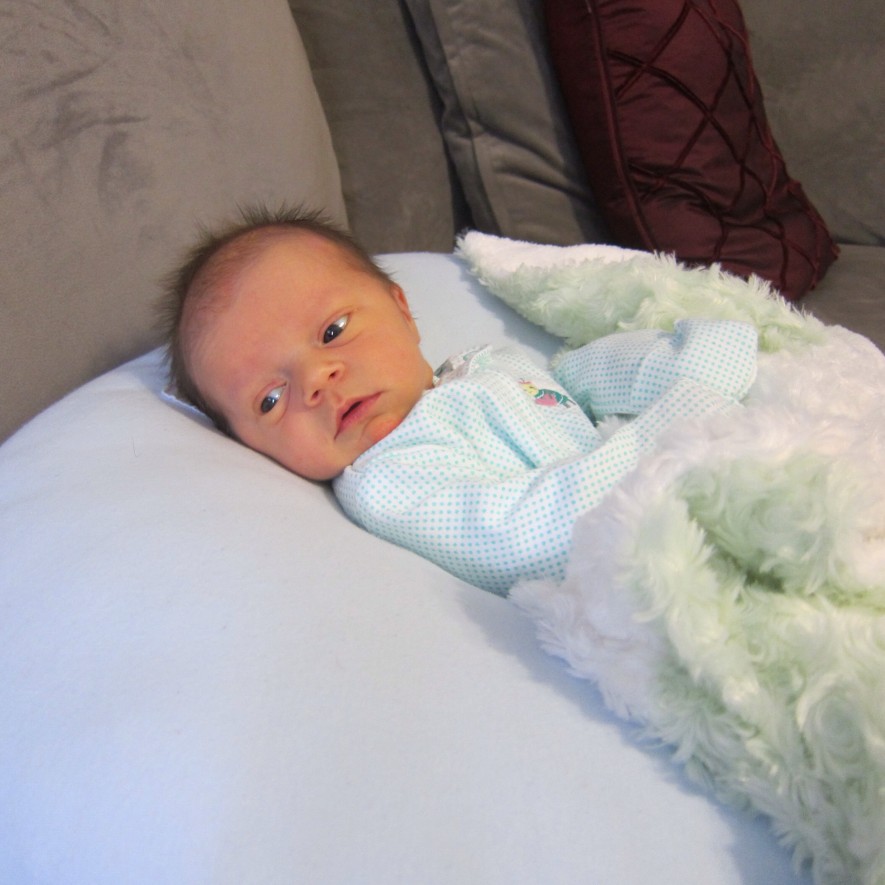 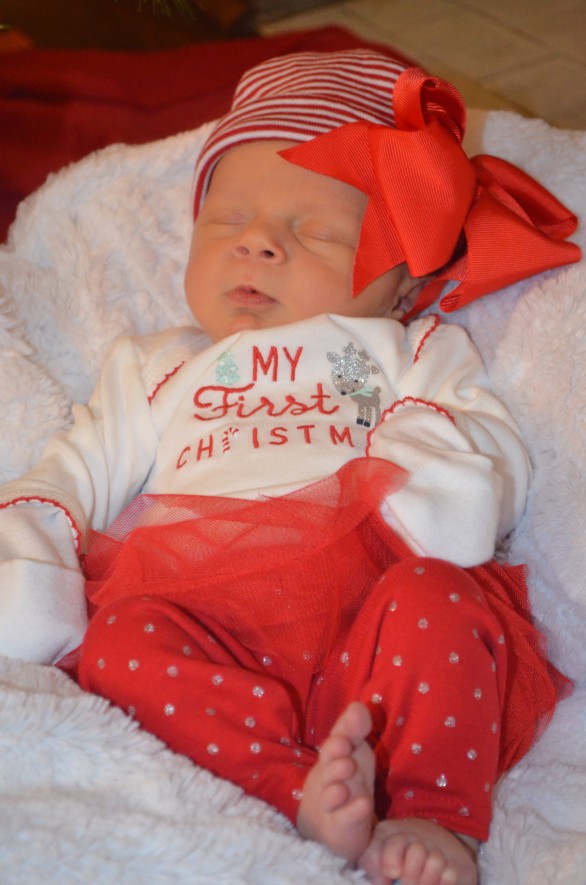 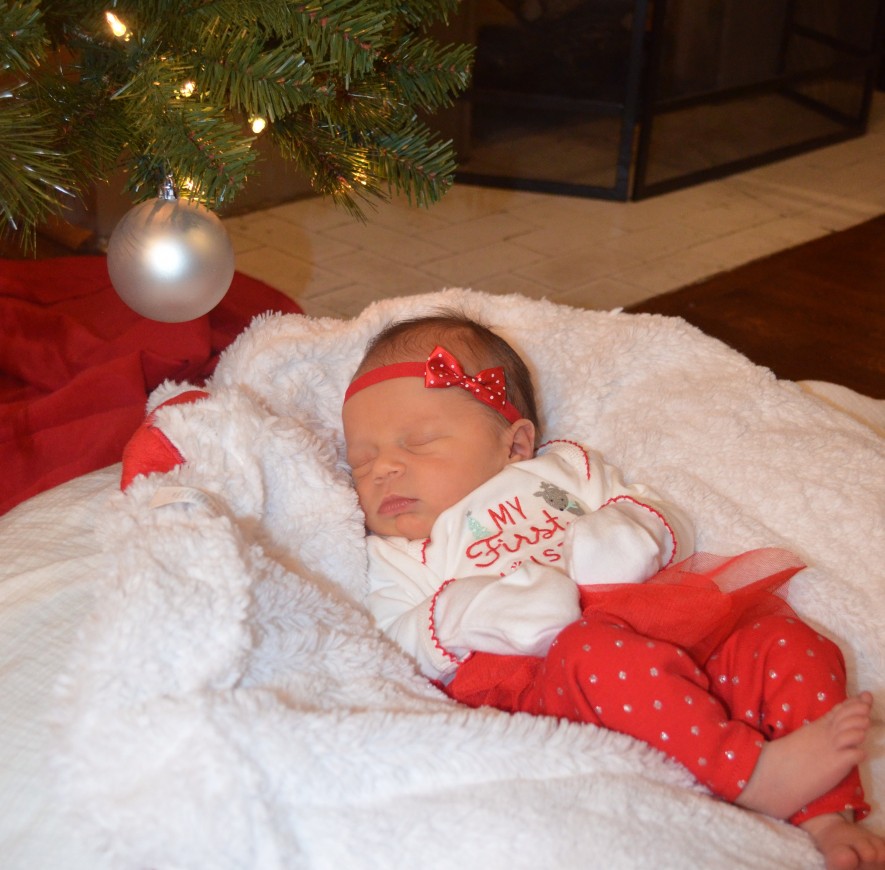 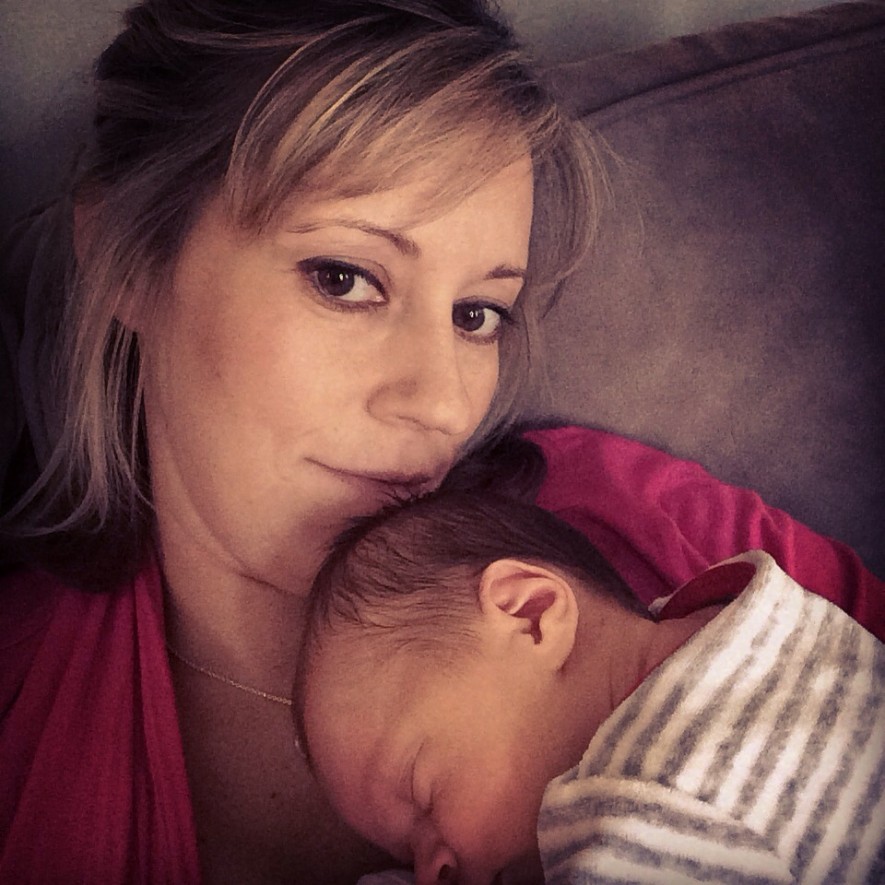 Lots of snuggle time.  Drew originally was pretty nonchalant about having Emery home.  He didn’t really care one way or another but I believe that’s because he still had both Tim and I around.  The week Tim traveled and Drew was sick, things were quite a bit different. 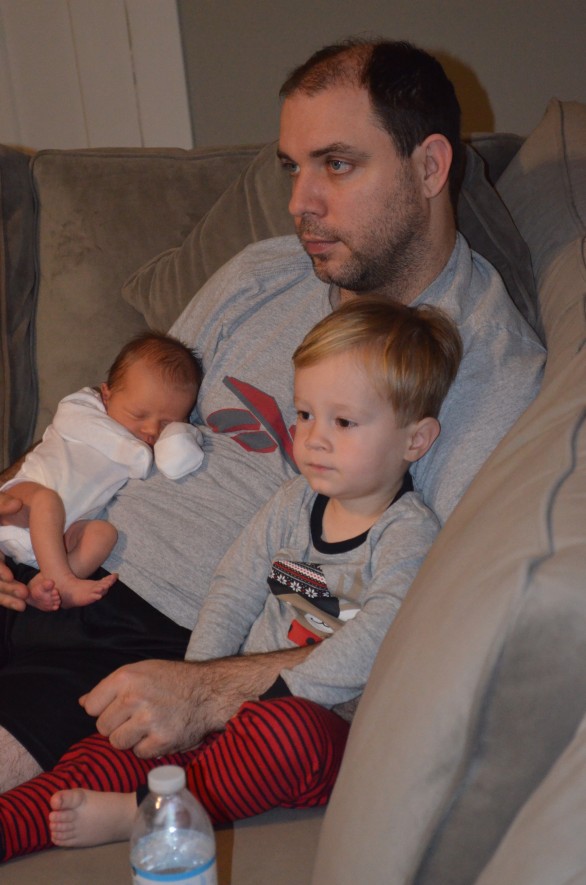 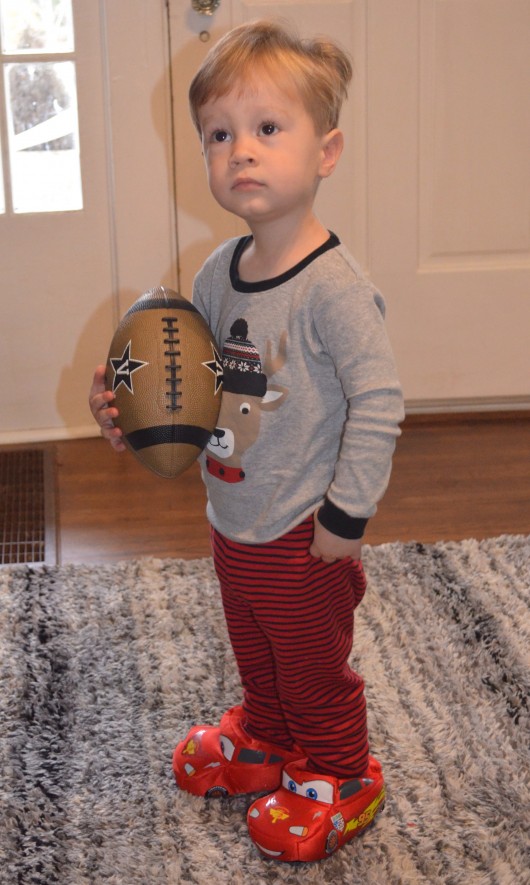 My attempts at getting a picture for our Christmas card.  Ha. 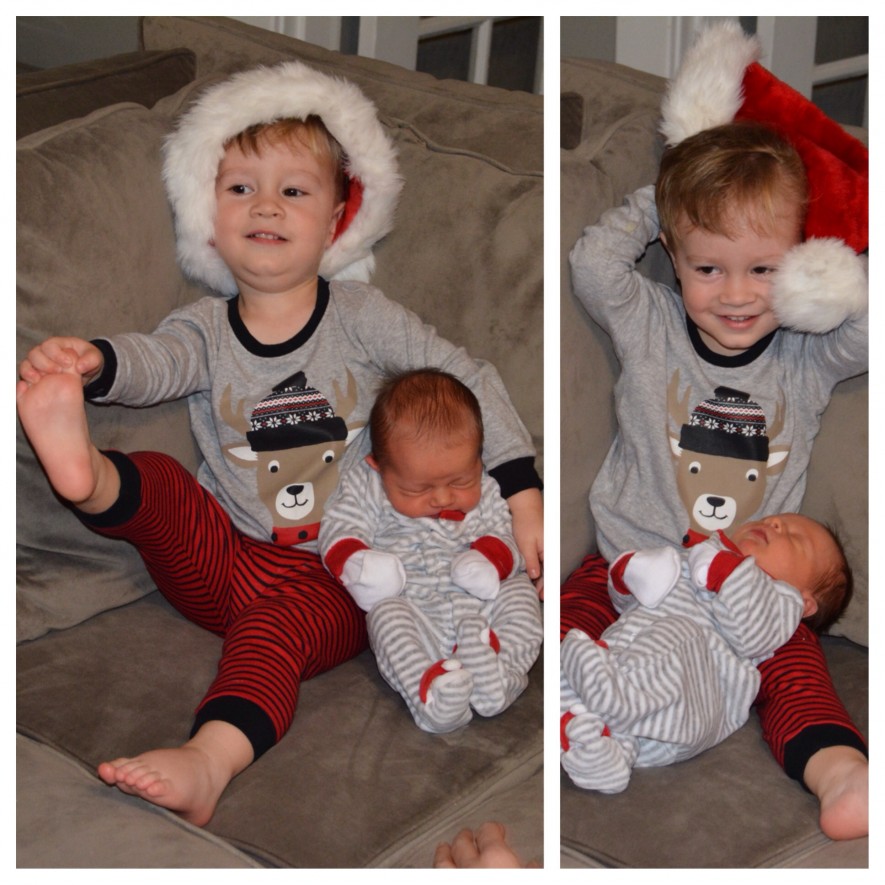 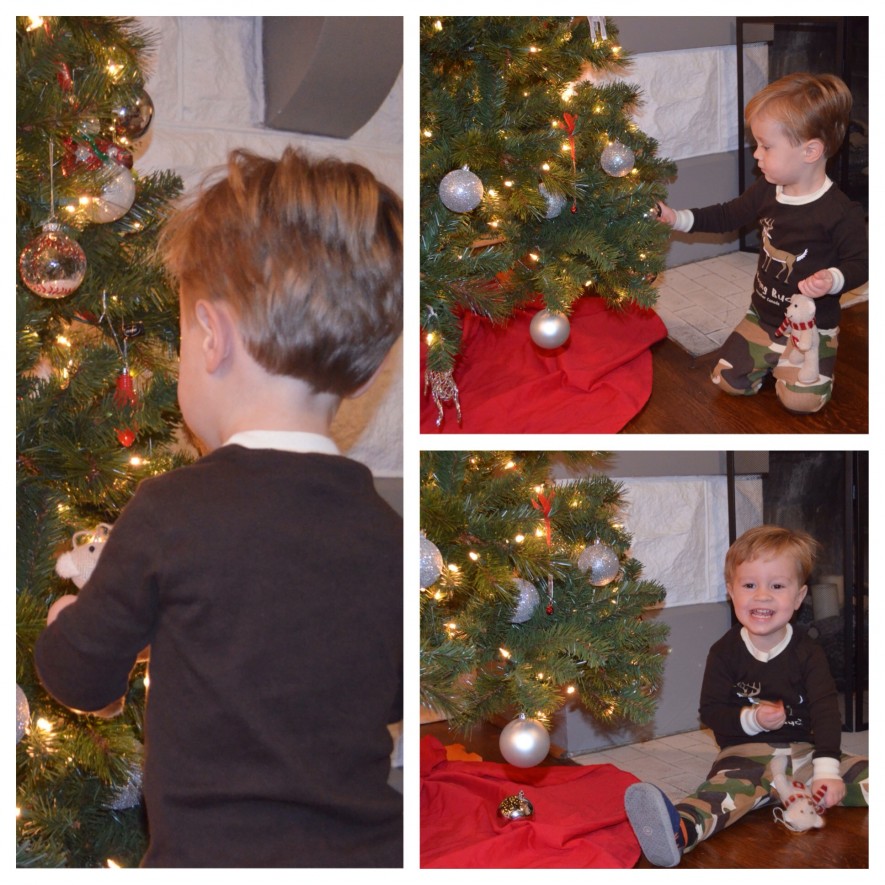 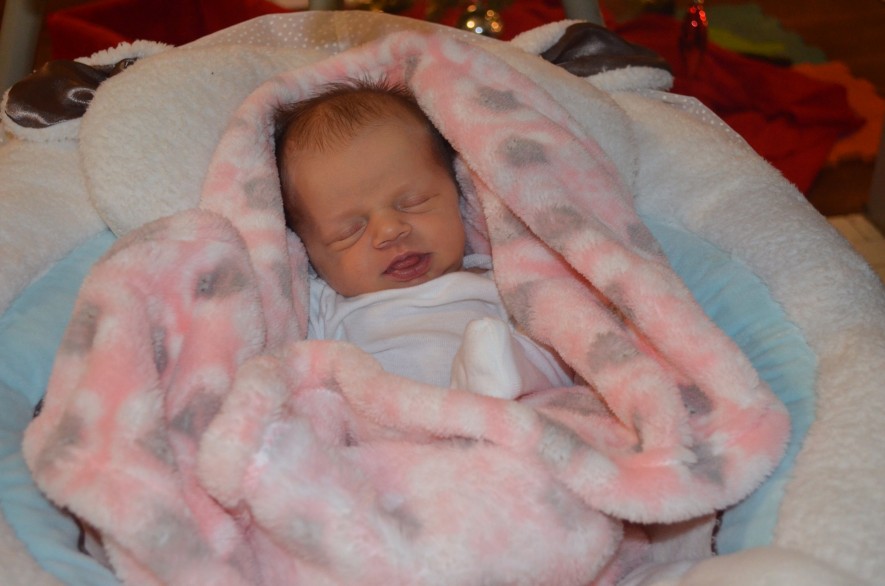 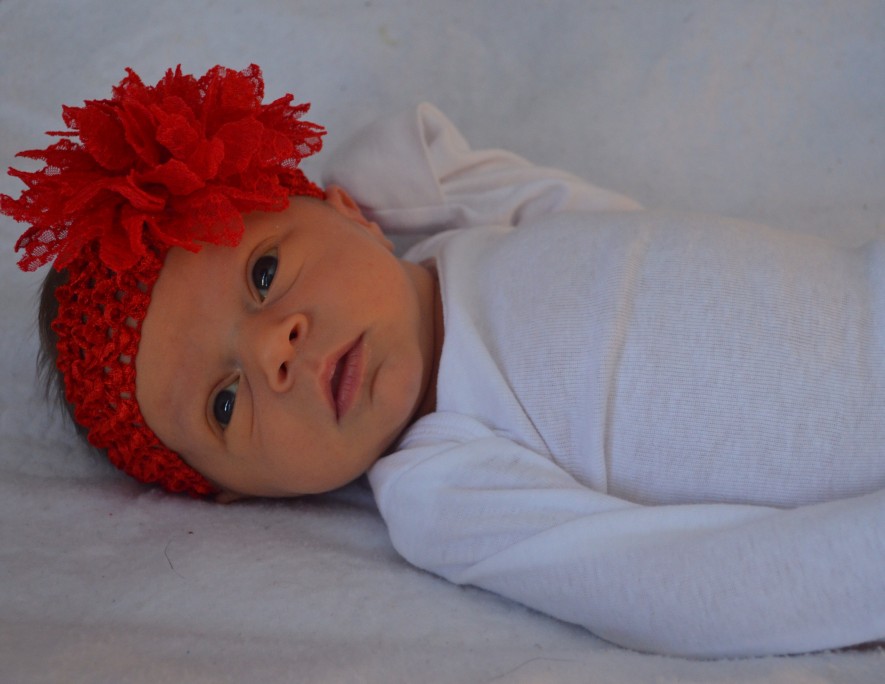 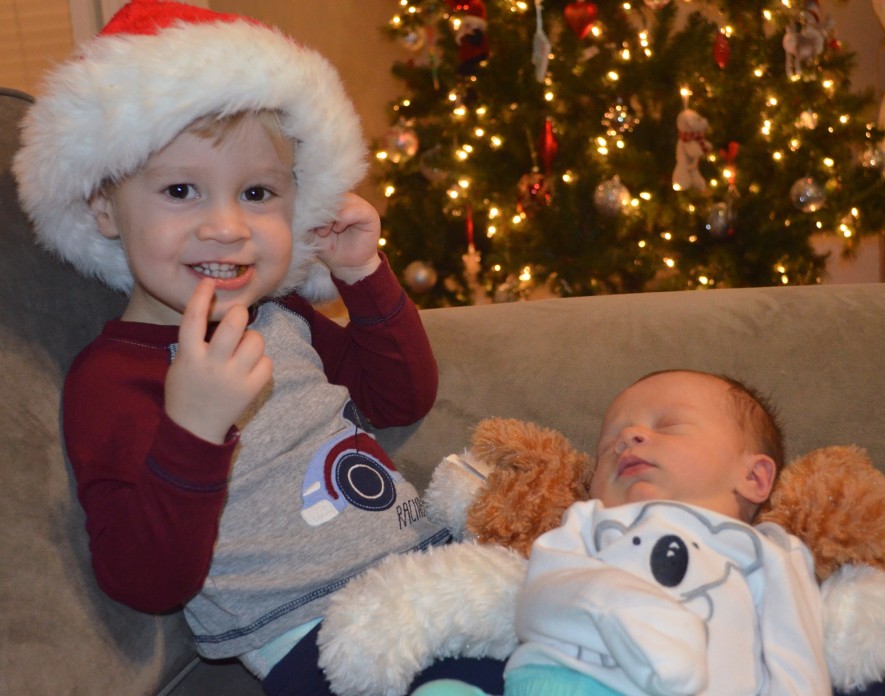 There have been a few moments of sweetness from big brother. 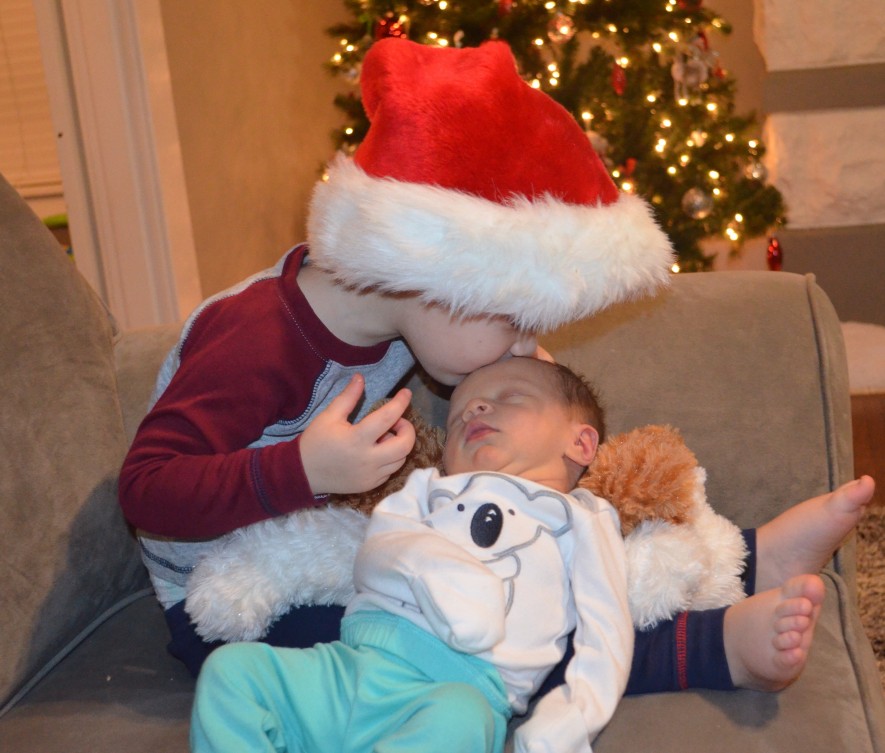 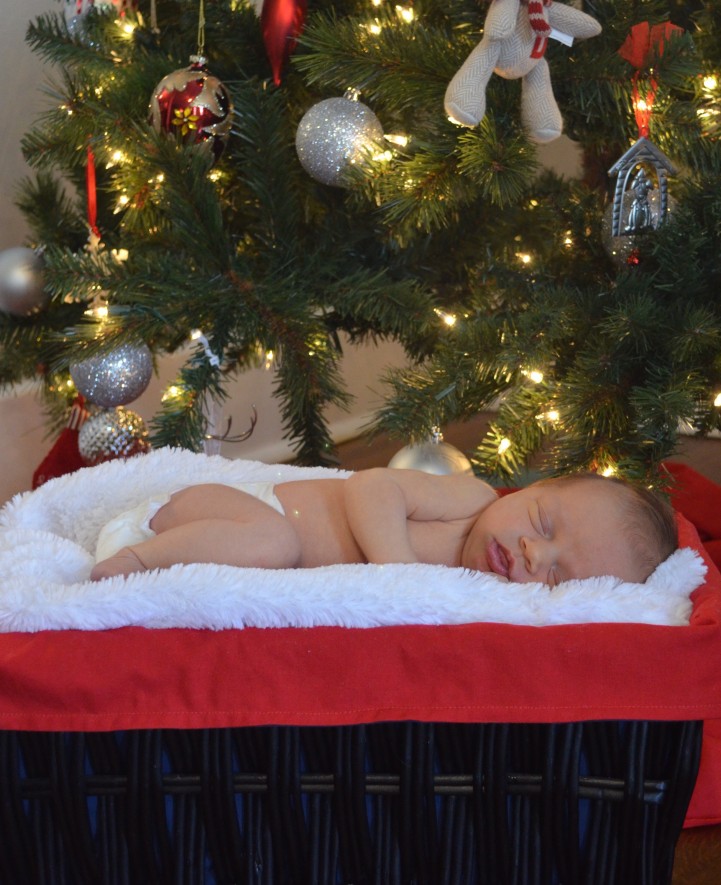 Sick, pitiful guy.  I felt horrible for him.  Darn daycare. 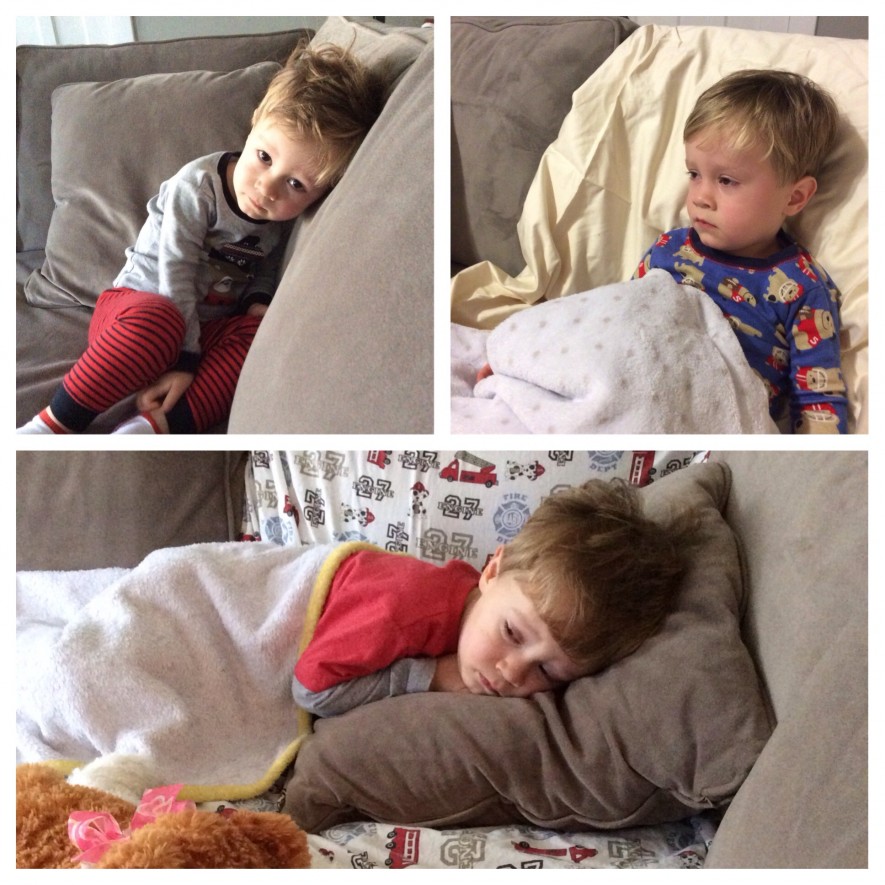 I love this picture because it was absolutely not set up.  I happened to be sitting there with my camera and Drew came up and wanted to play with Emery.  Soon Drew, soon. 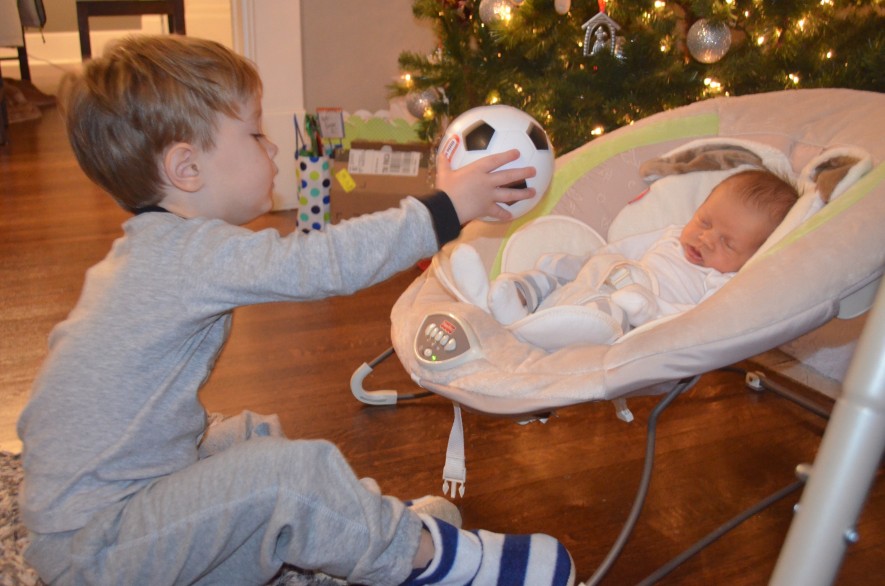 Movie and pizza night – Home alone (and he was watching!) 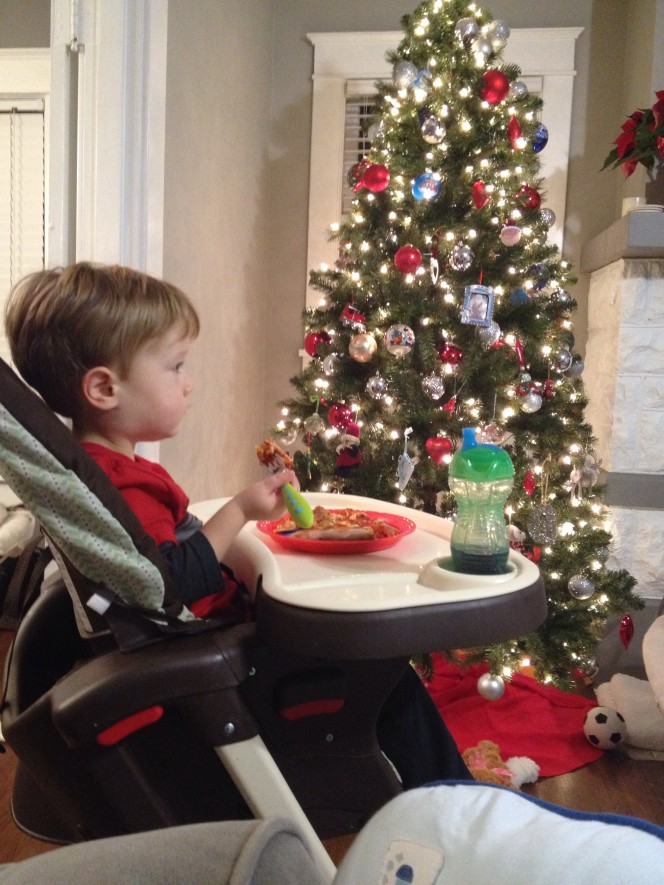 Since Emery is so brand new, we did not venture out of the house much (or at all) to do holiday type activities, however it was without a doubt a December to remember.  And now on to Christmas and our trip home to Cincinnati….. 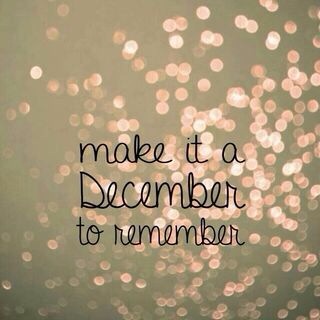