Disney World!!  Oh gosh, the thought of Disney has honestly never sounded that appealing to me.  Crowds, people, pushing, lines, heat, crying and repeat.  That’s what I envisioned when thinking of Disney World.  BUT – with Drew being 3.5, I also knew that I really wanted us to take him soon for the first time.  When Tim said he had a conference in Orlando, we tossed around the idea of Disney for just the weekend.  It seemed like a perfect way to do Disney without a full commitment to the craziness I envisioned.

And guess what?  We had so much fun.  The stars truly aligned and everything was perfect.  We arrived (me and the kids) on Thursday afternoon and spent Friday and Saturday at Disney and left Sunday morning.  Perfect.  Oh but first we had to get there.  Let’s just say I earned that glass of wine shown below.  Drew and Emery actually both did relatively well, but let’s face it – waiting, sitting still, being patient and being quiet are not on either of our kid’s favorites list.  I have never felt more accomplished than when I was on our second plane after connecting in Atlanta and had one child watching a movie and another asleep.  Wine?  Yes, please (hey Tim did fly us up front so I had to take advantage right?). 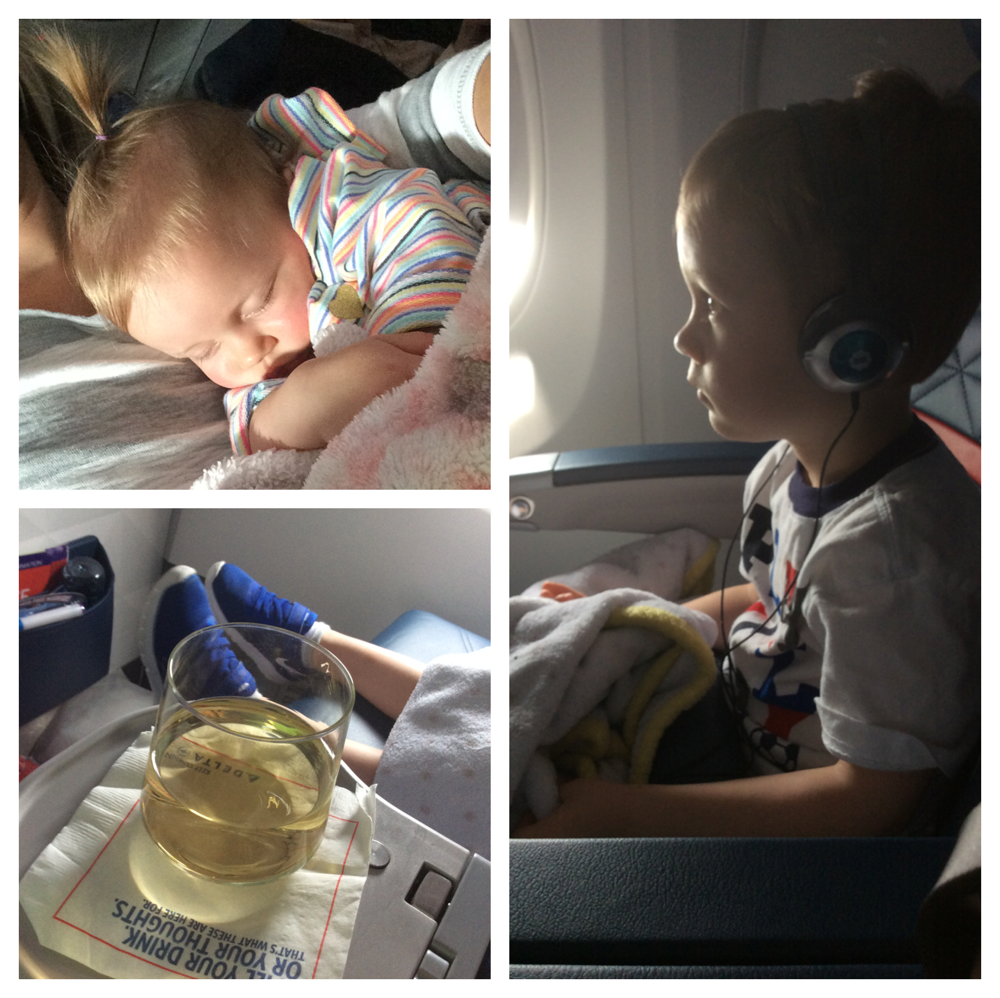 Once we got in on Thursday, we set out and hit the Disney boardwalk, had dinner, ice cream and then back to the hotel for the night.  We stayed at the Swan on Disney property.  No pictures from that evening.  We tried to get the kids to sleep at a reasonable time because we had a big day in front of us.  Magic Kingdom! 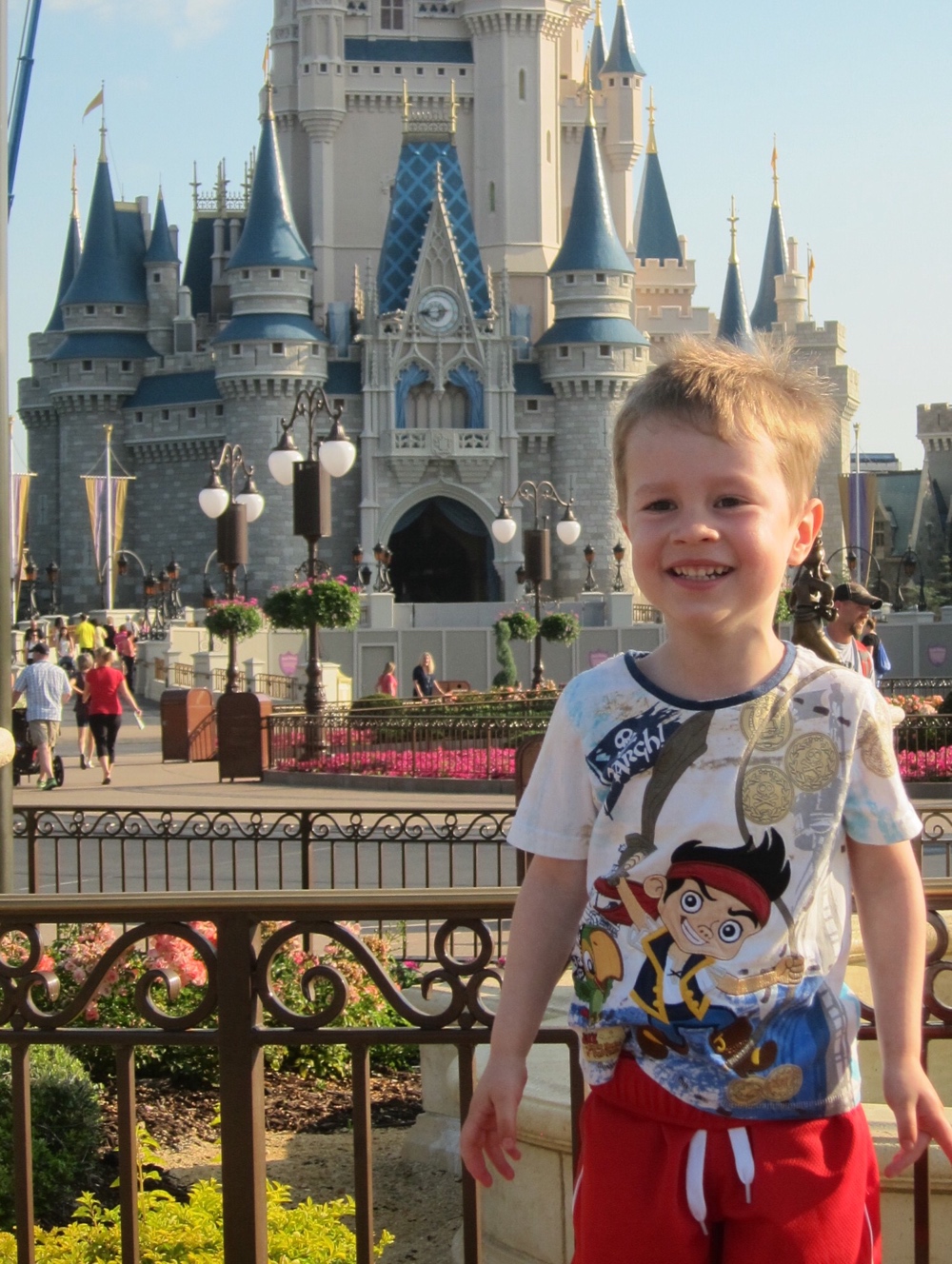 I think the first thing we went on was the carousel which they could do anywhere however both loved it, especially Emery. 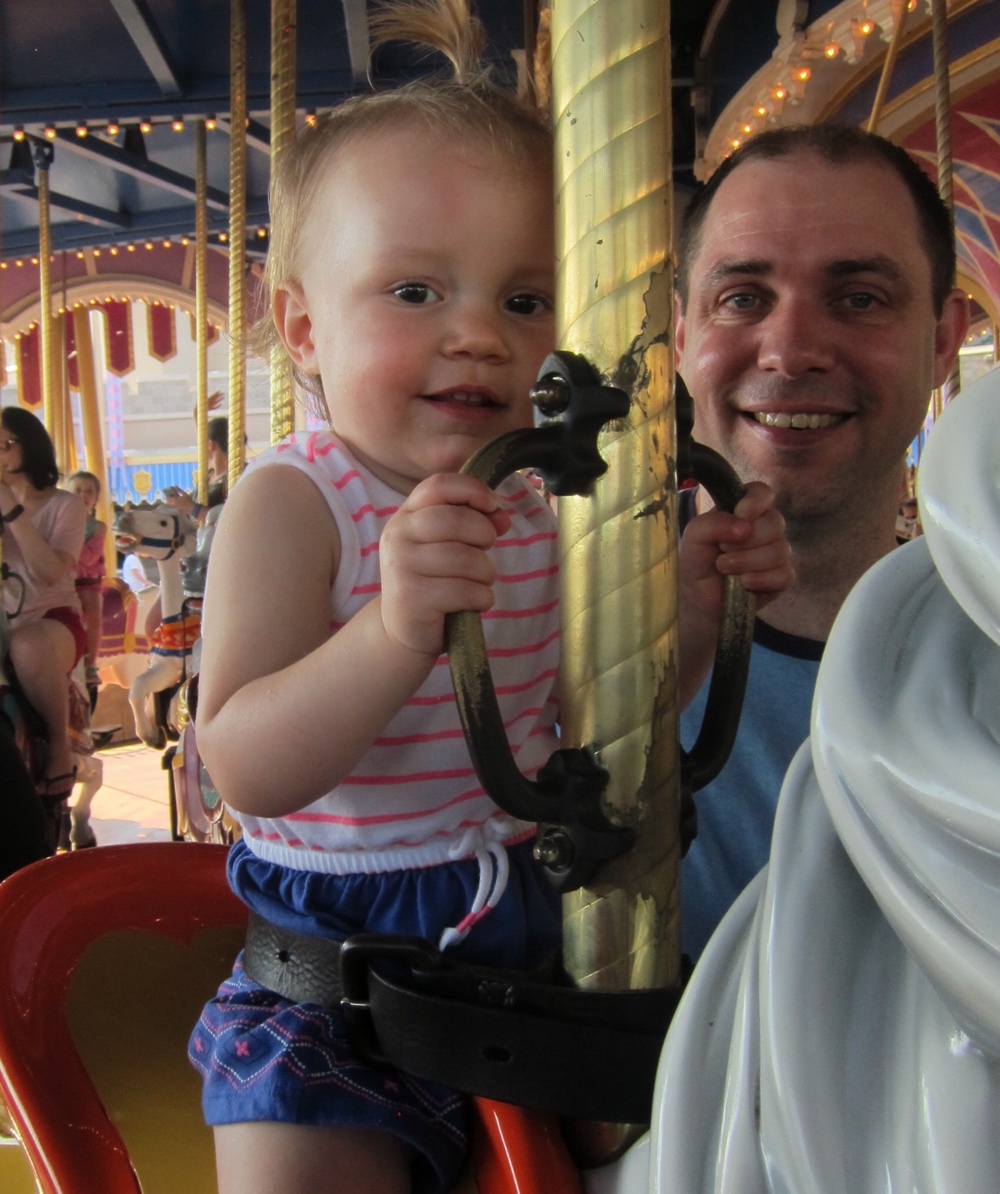 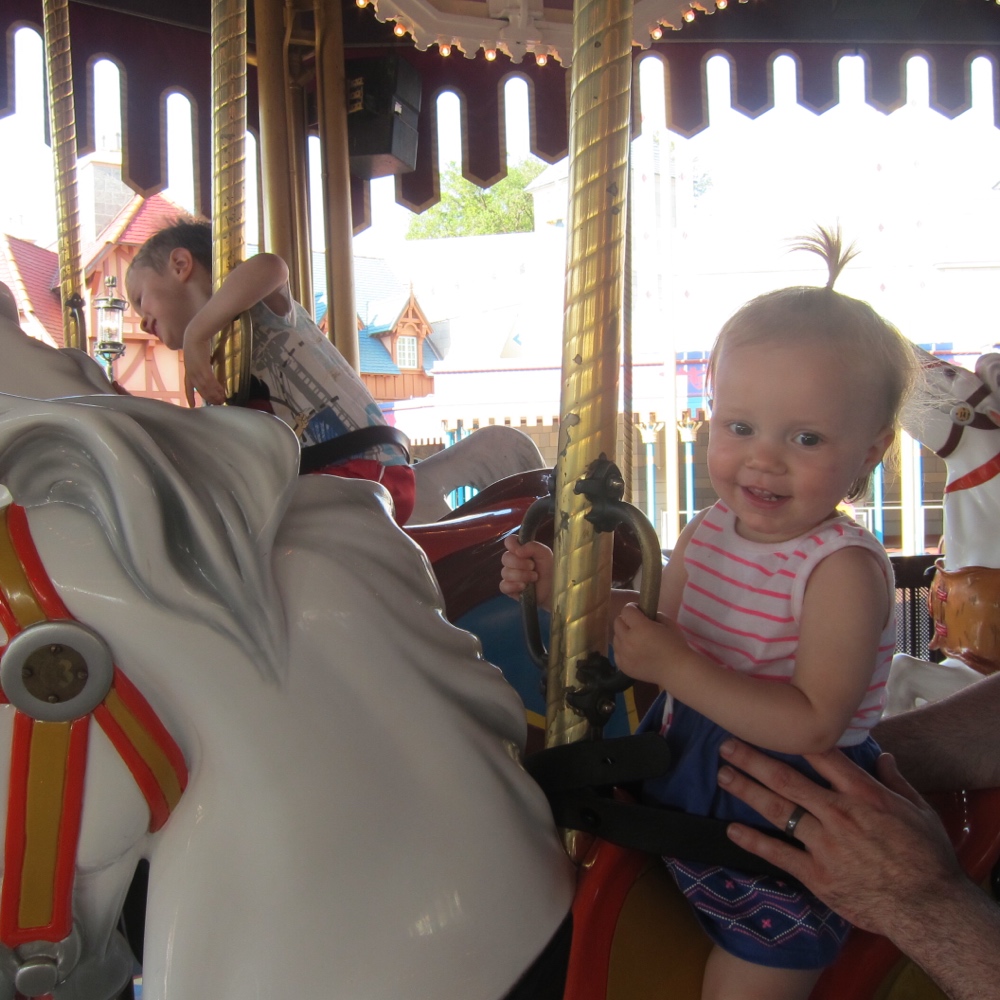 Dumbo!  They both loved this one. 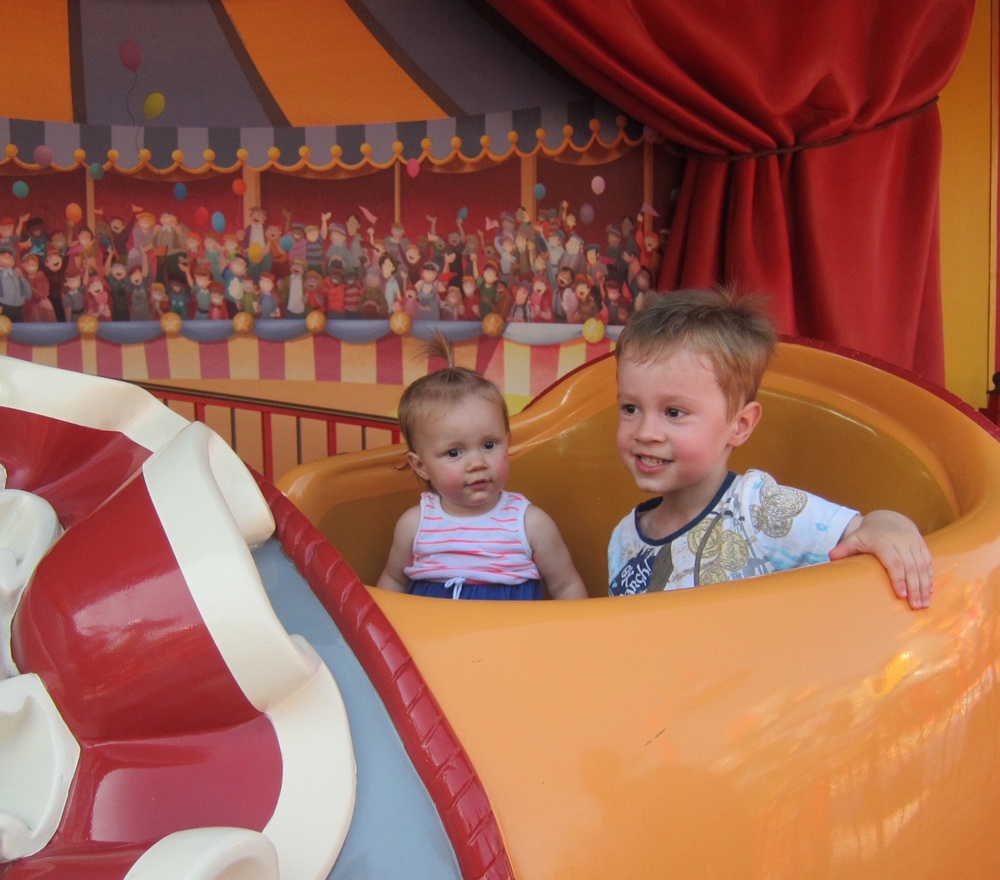 This Dumbo is a picture prop – Drew wasn’t really standing up during the flying Dumbo ride. 😉 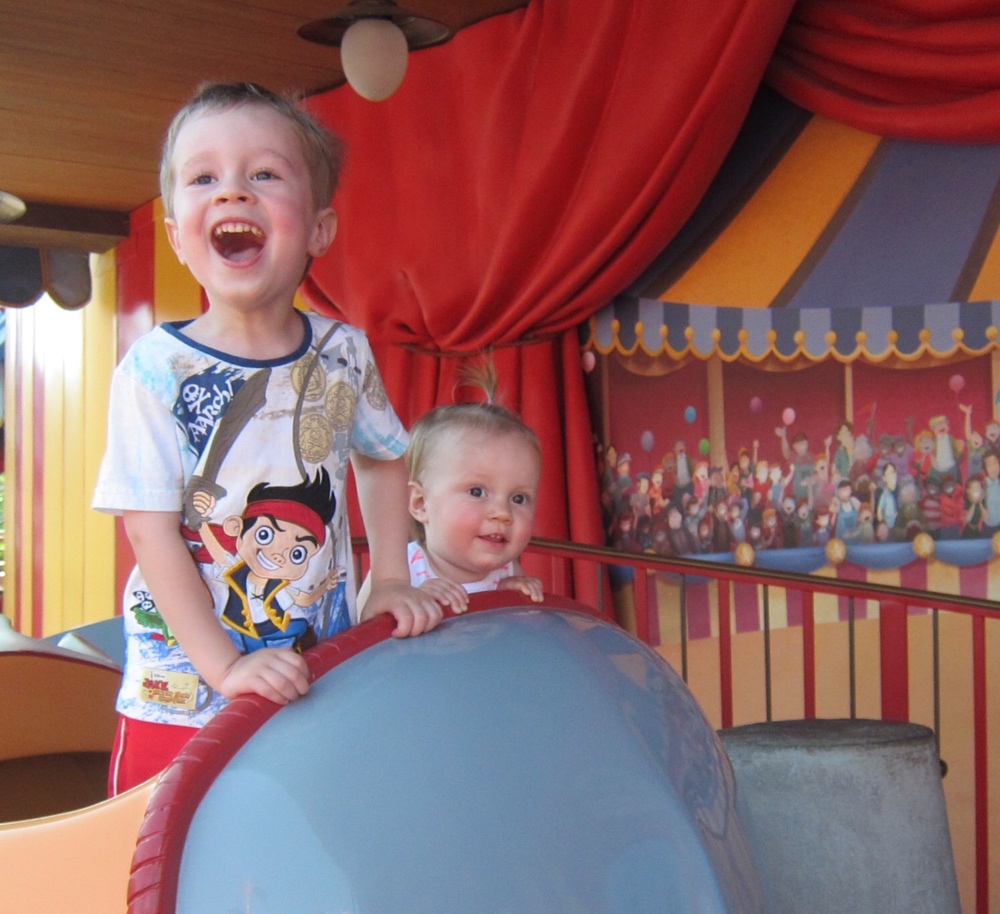 After hitting a ton of rides quickly, we lucked out in meeting Daisy, Donald, Goofy and Minnie.  Drew was so excited!  The theme was some sort of carnival where each character was dressed to fit their act/talent.  We waiting in relatively short lines for each character but wow, time well spent.  Prepare for picture overload. 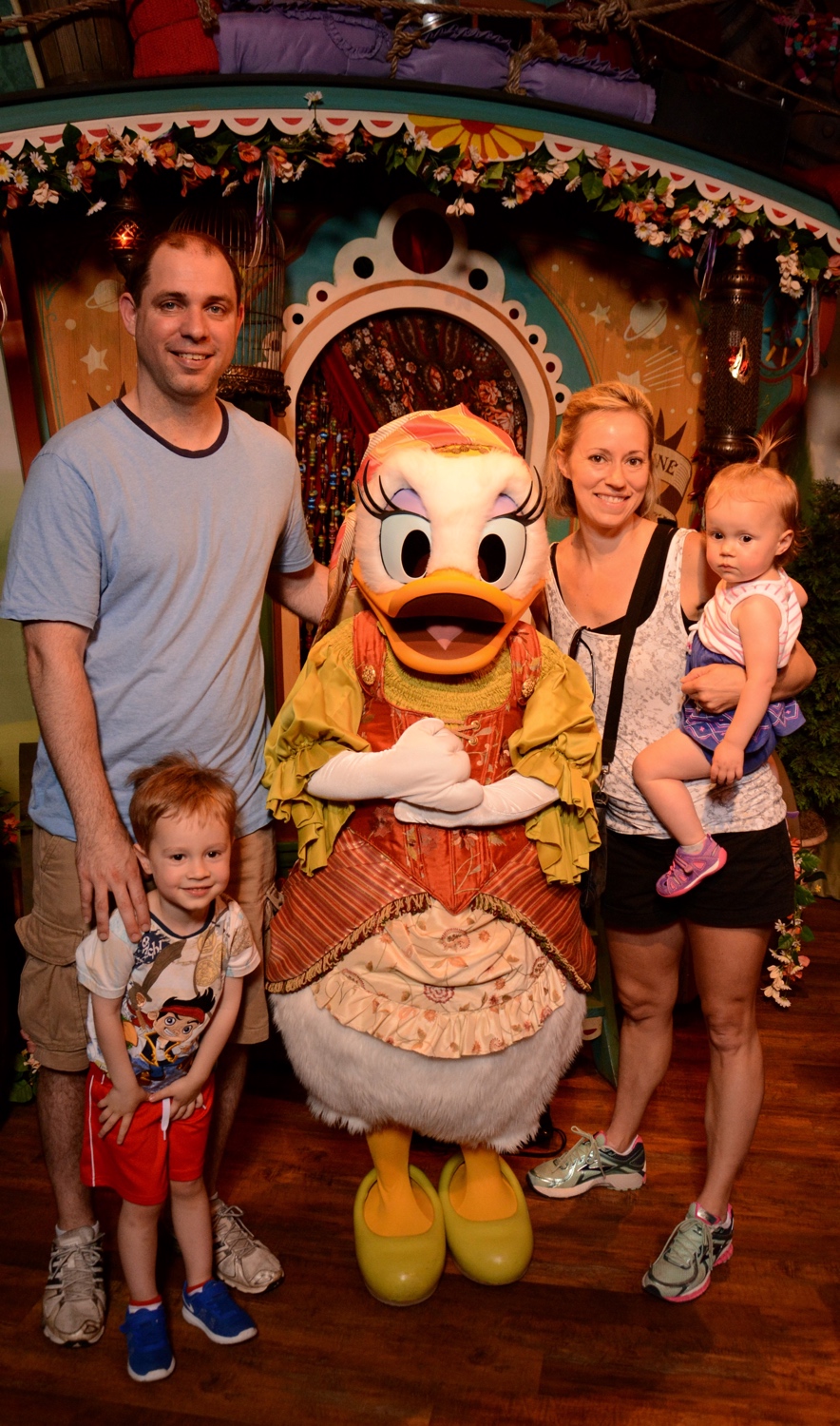 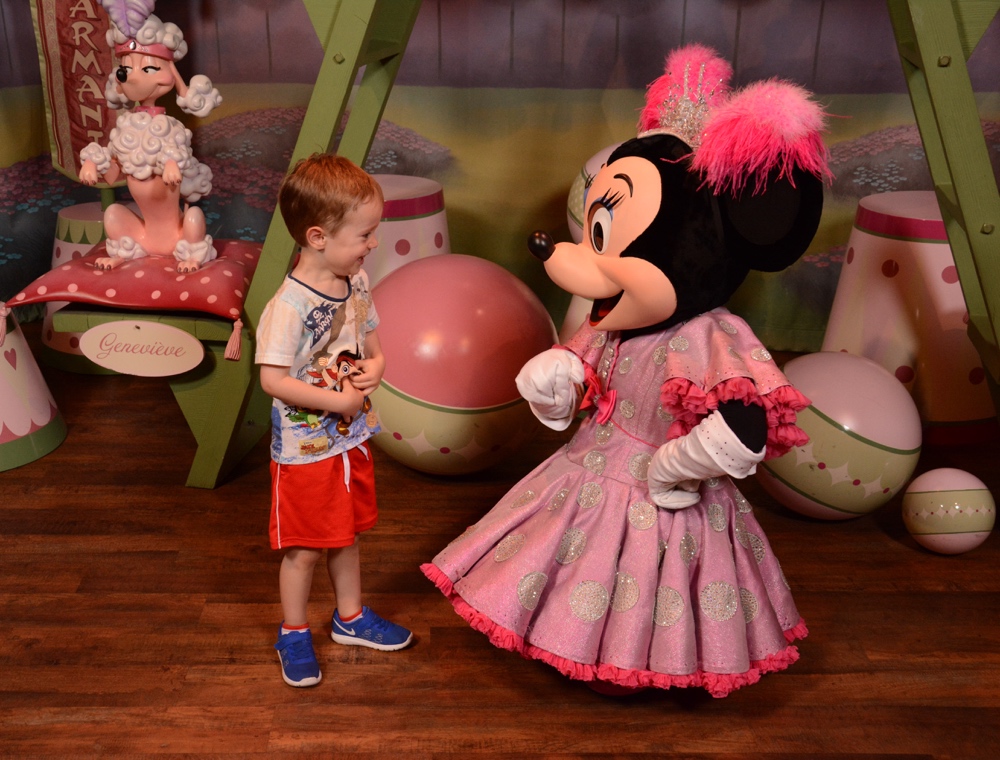 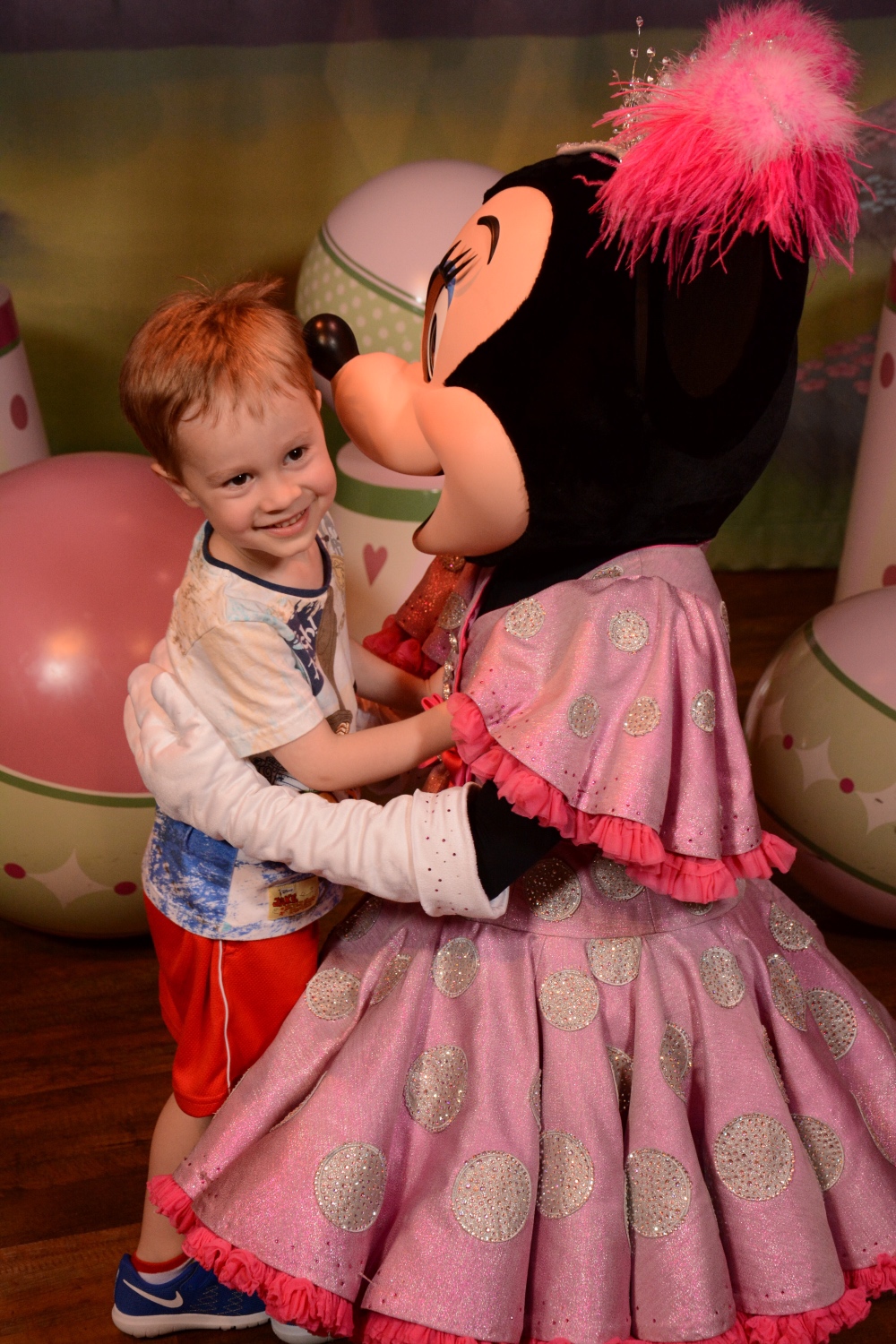 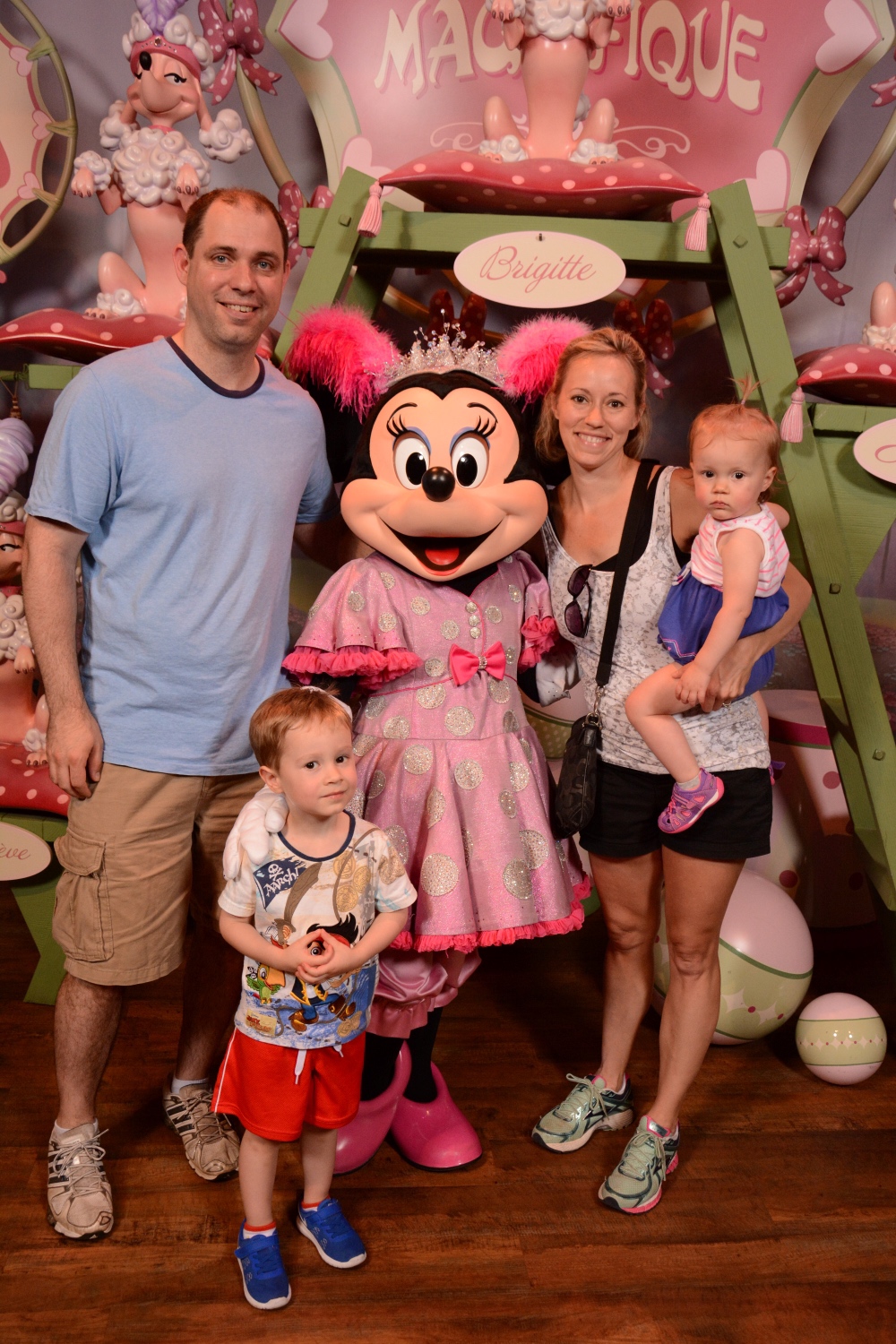 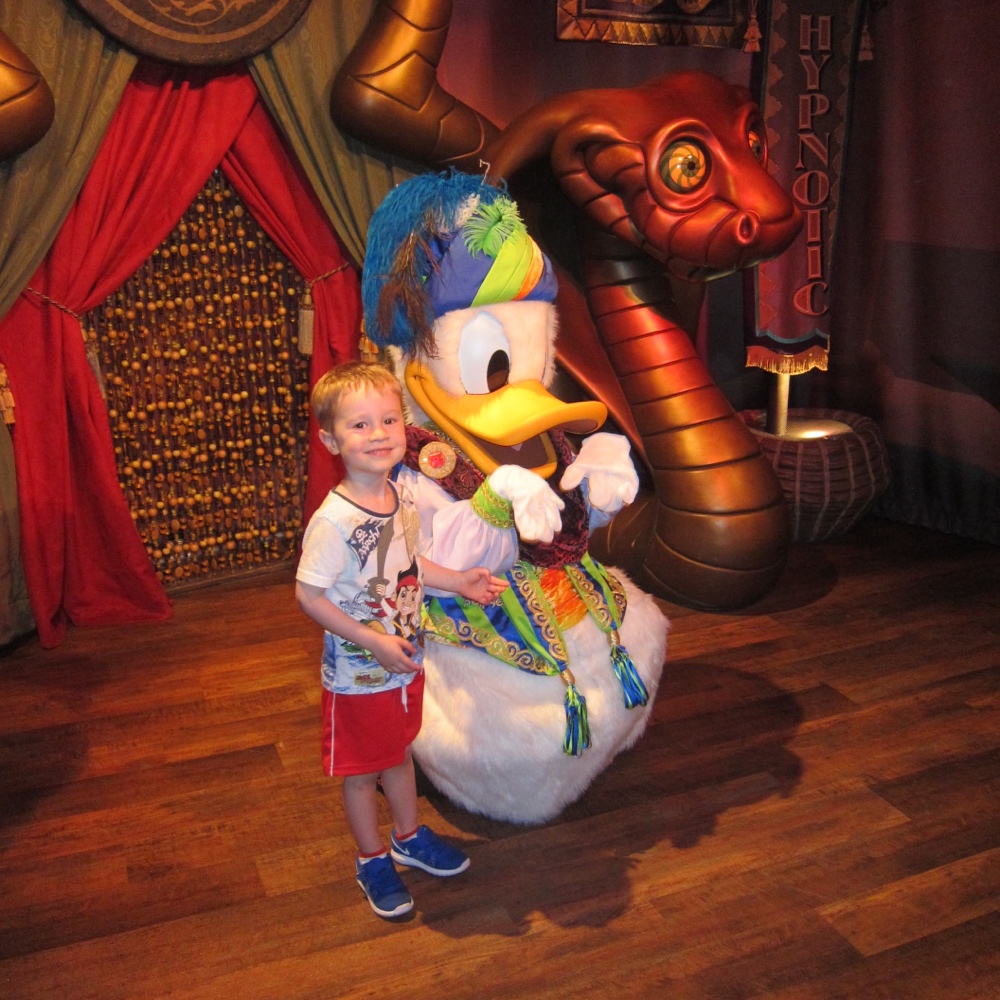 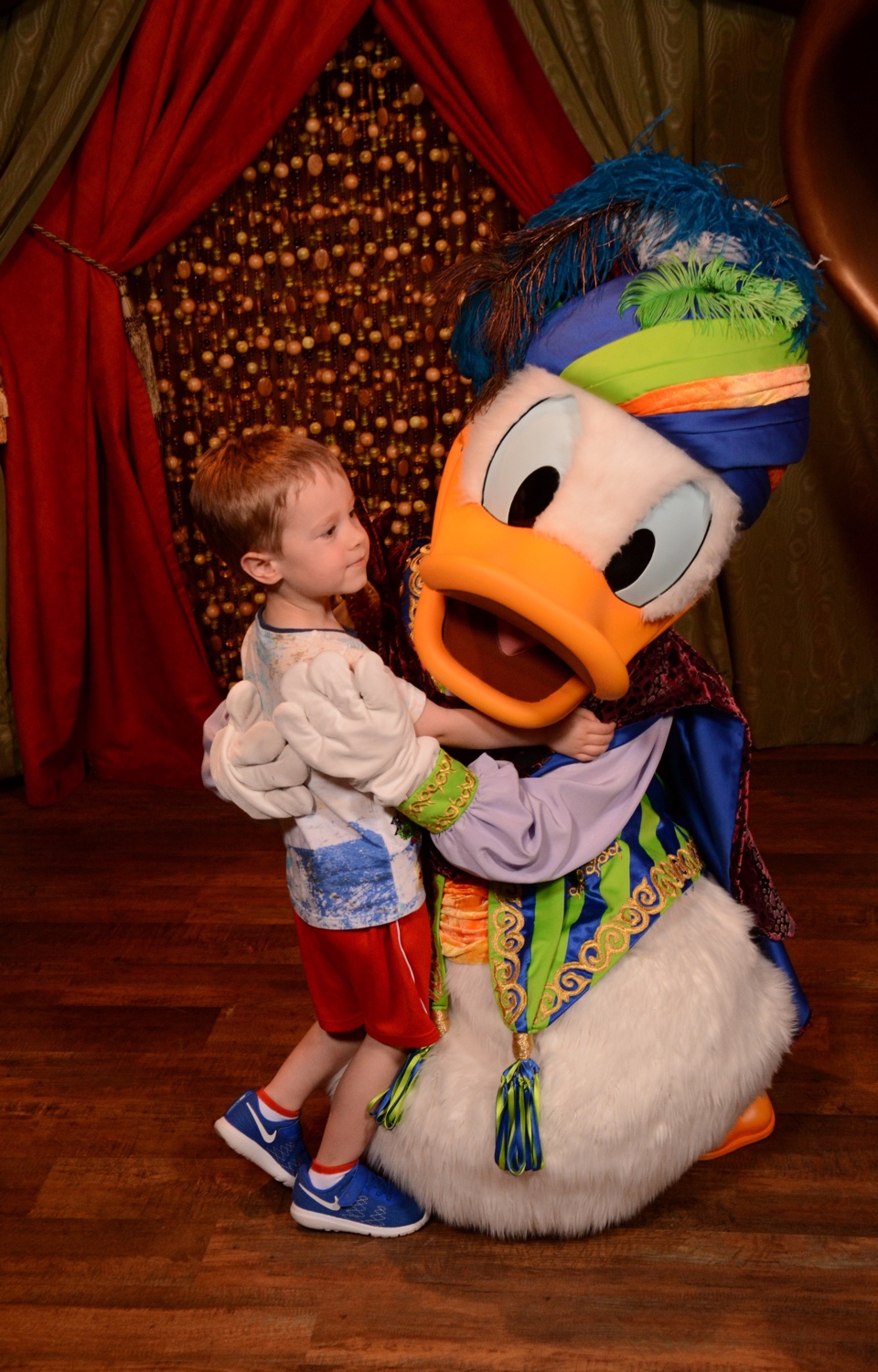 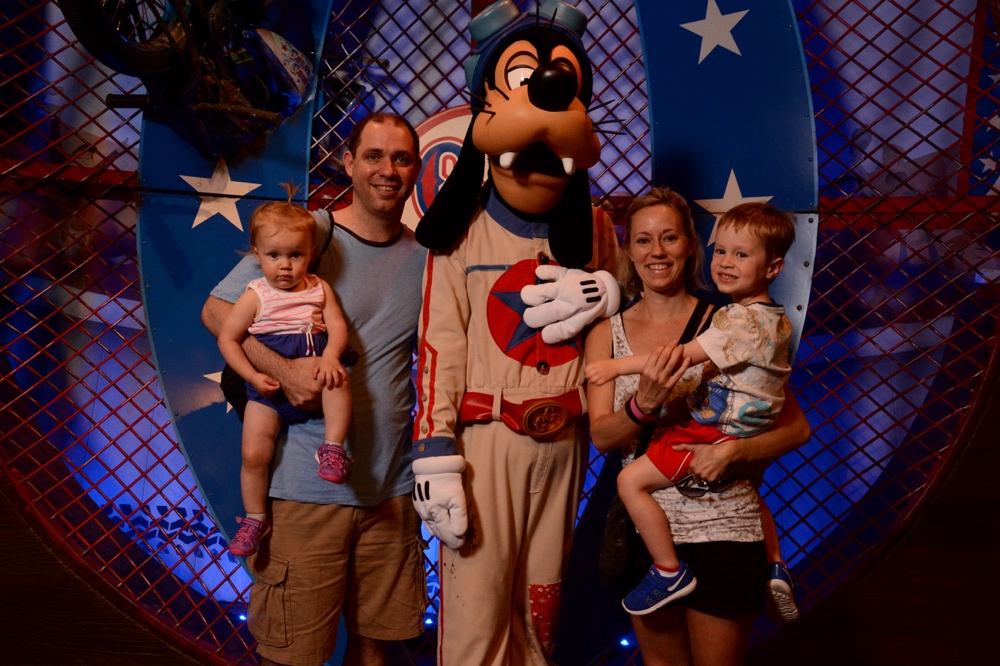 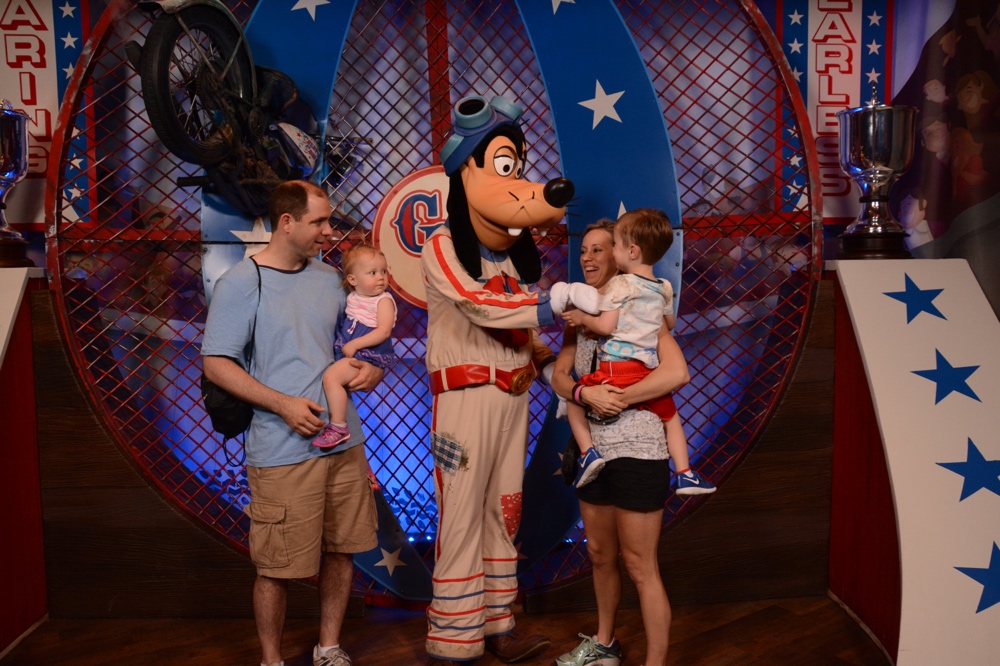 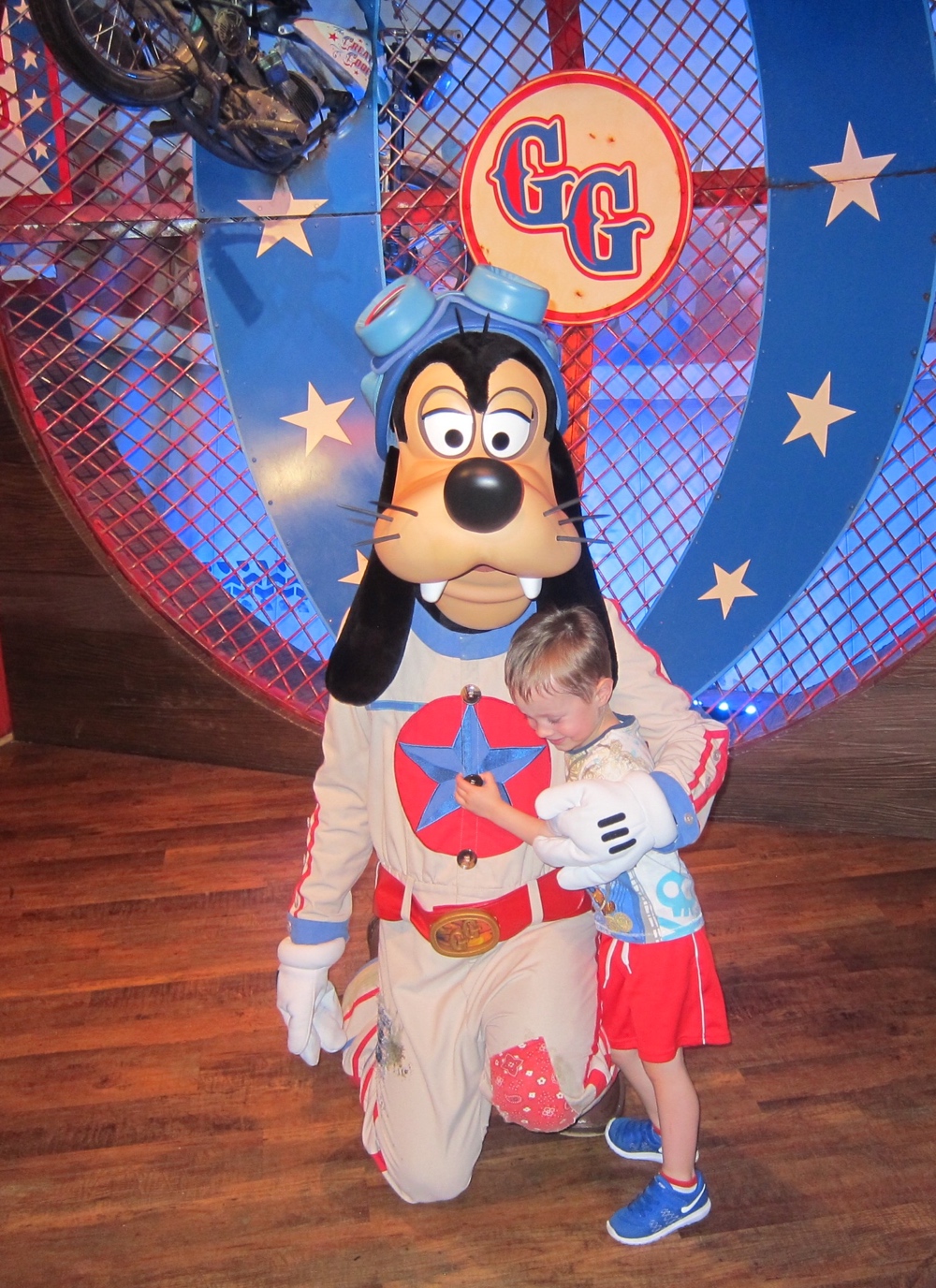 We did all of that (and much more) before noon!  Then it was time to head back to the hotel and take a nap. 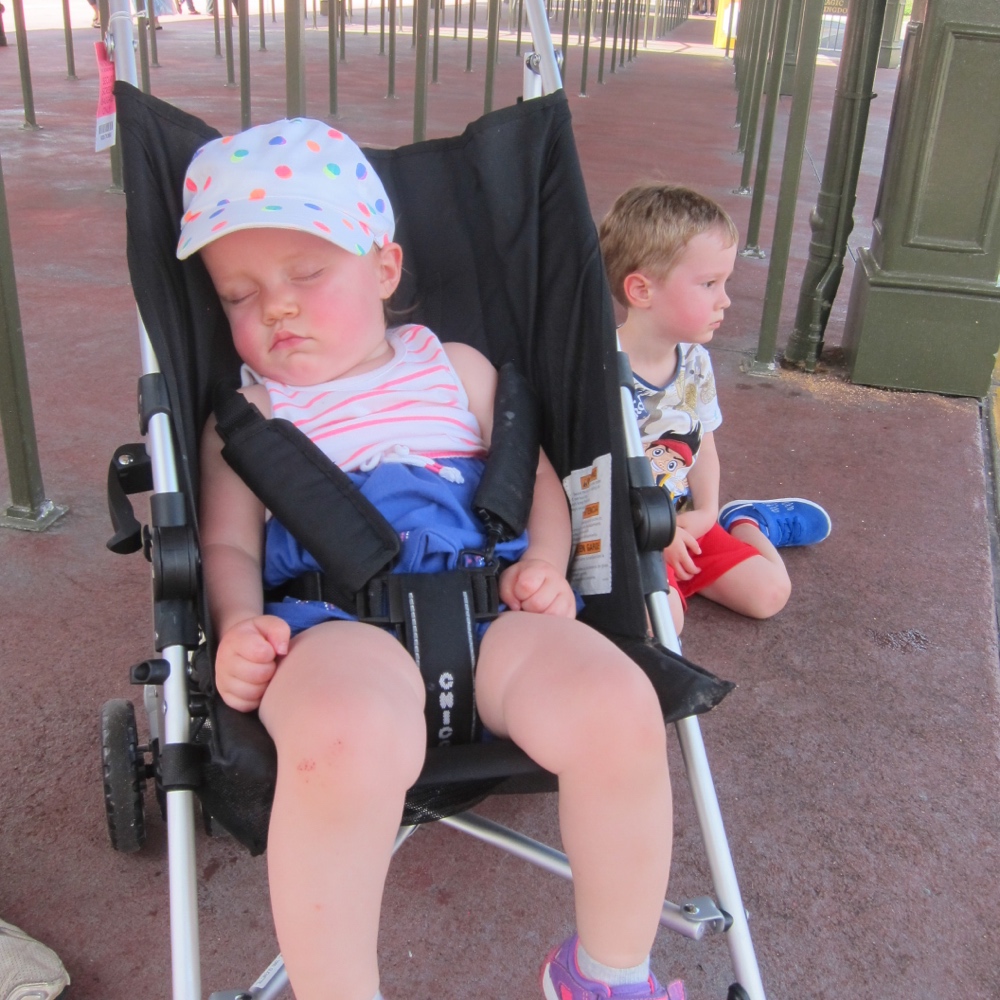 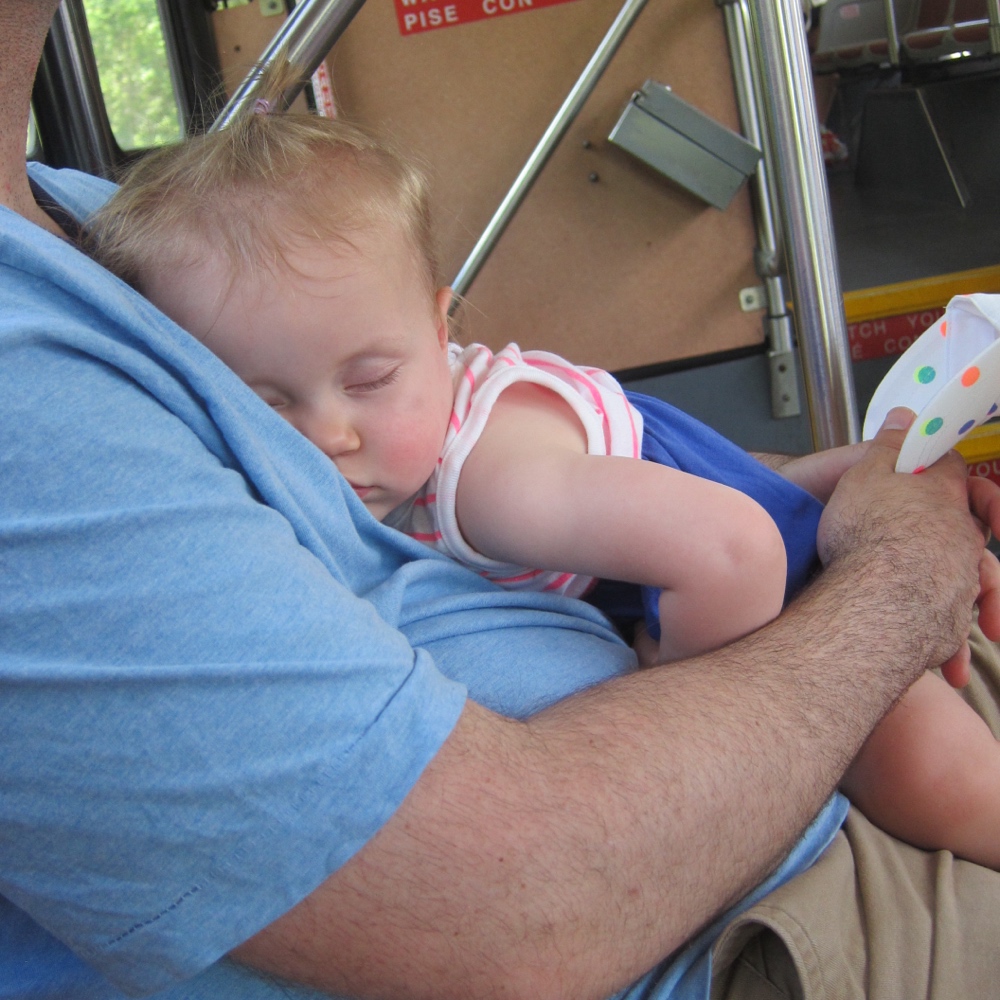 Many more pictures from our Disney trip coming soon.  🙂