Drew turned two and a half last week so I thought it was a good opportunity to give him a little blog love and document what he’s into at this age.  Wow, two and a half is super fun yet extremely exhausting!!!  I am be a bit biased but I think he’s pretty darn smart.  Actually last weekend at the Vanderbilt baseball game, Drew was singing Take Me Out to the Ball Game (not during the 7th inning stretch) and the sweet elderly lady in front of us turned around and said to me – “He’s two?  He is very smart.”  I like hearing that even if she was just going off of hearing him sing a song he memorized. 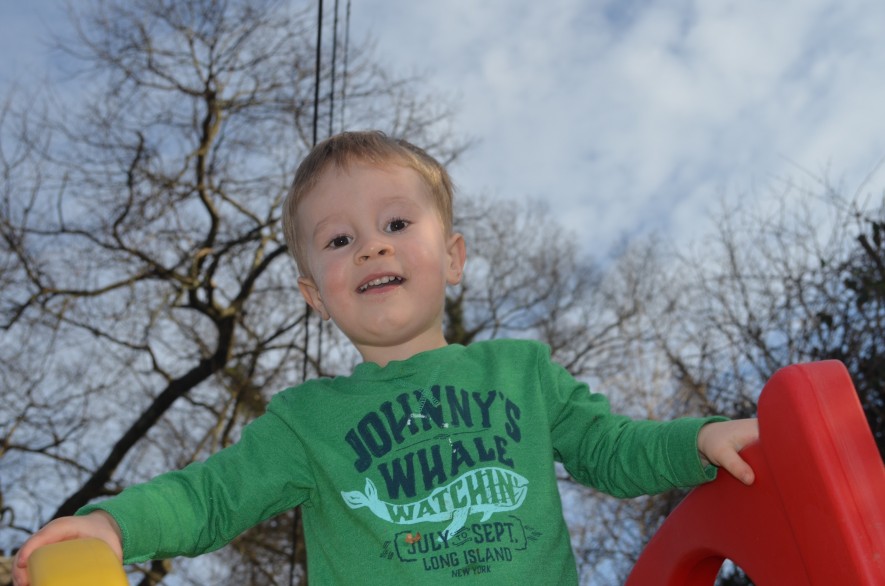 So a little about Drew and two and half….

Personality: Persistent, friendly, impatient, stubborn, funny, goofy.  A quote from his daddy: “I hope he can keep that lighthearted personality, yet also a healthy dose of stubbornness.”  He’s persistent when he wants something.  Example: He’s not a fan of bedtime.  On one particular night, Tim put him to bed and told him not to get out and he screamed “Dadddddddyyyy” almost until he was horse.  I do not think “crying it out” would have worked on this kid.  Good thing we didn’t need that.  He’s friendly to everyone; he loves his friends and teachers at school.  One of his teachers told me that although he does have two “BFFs” (Griffin and Mason), he’s really everybody’s friend.  He says hello to everyone in the neighborhood when we take walks, loves talking to people in the grocery store, etc.  He can certainly be impatient especially with me.  “Mommy, I need a cheese stick nowwwwww.  Everything is “Right now, Mommy, right now!!!!” More than anything though, he is just a ton of fun.  He regularly has us laughing hysterically at him. 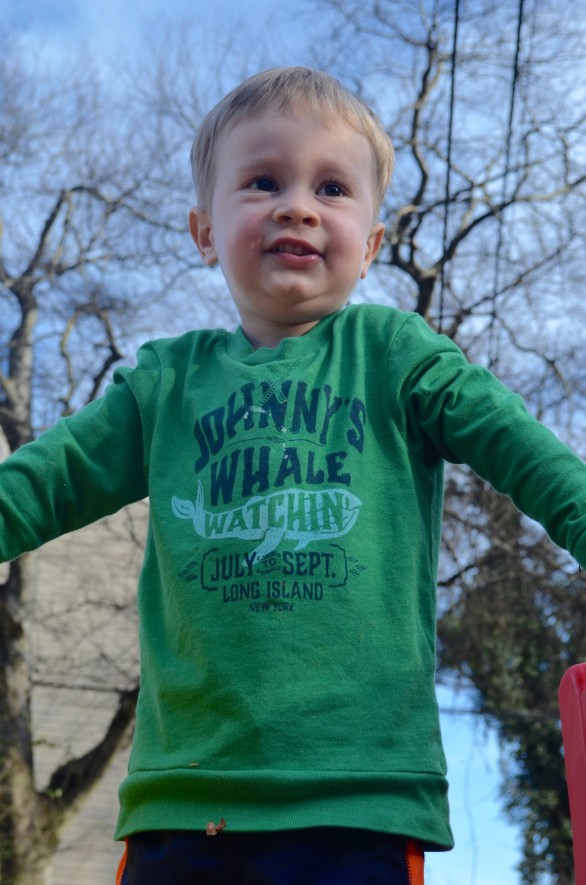 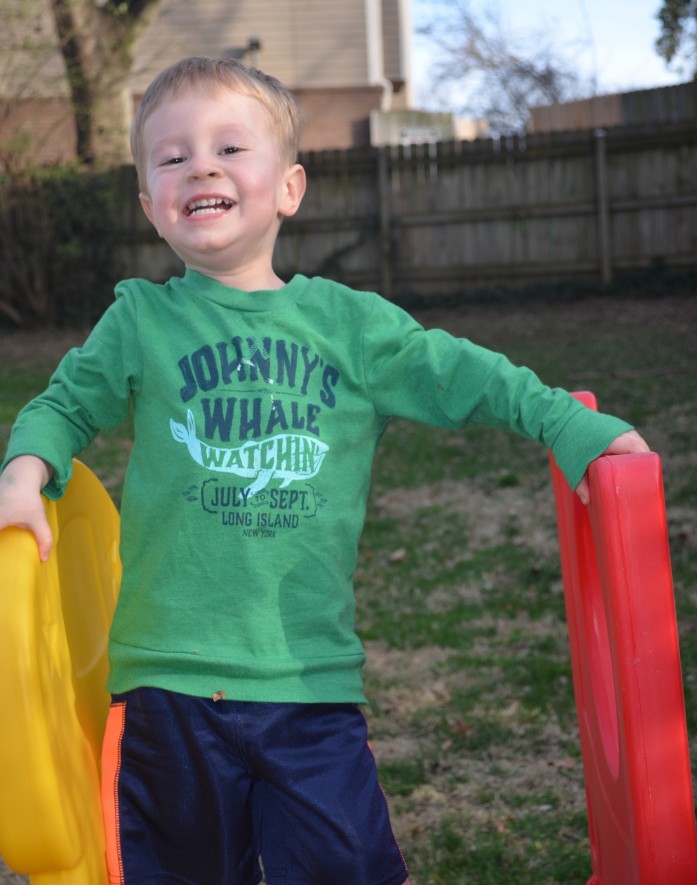 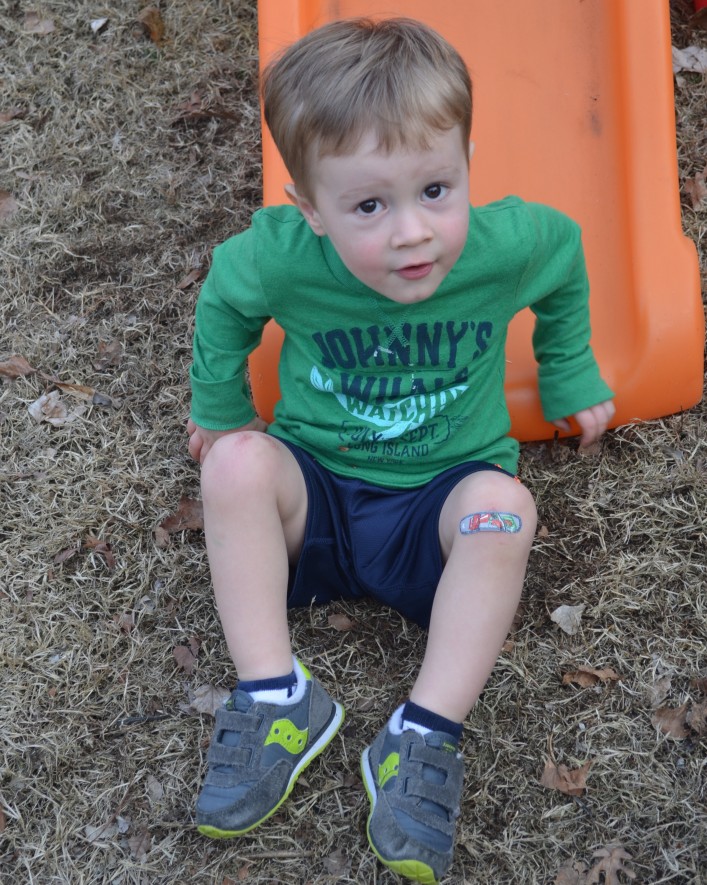 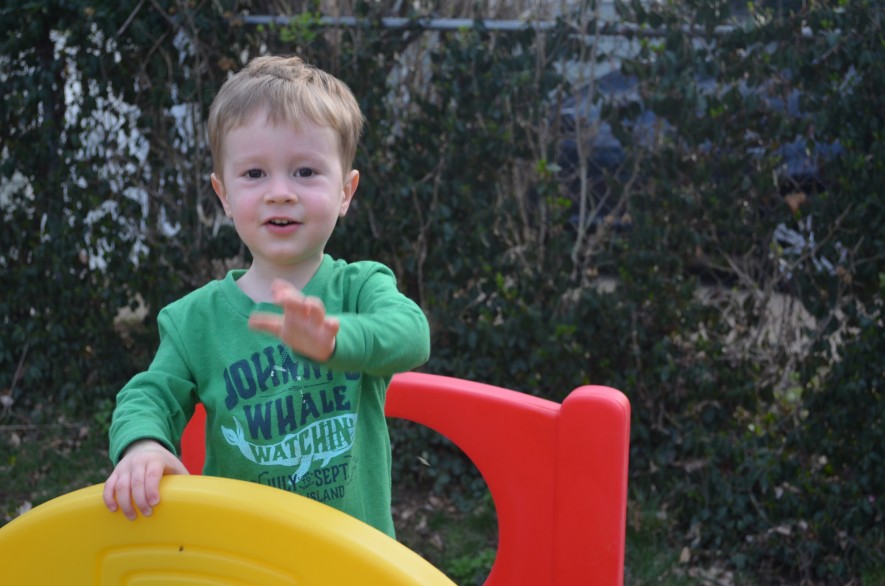 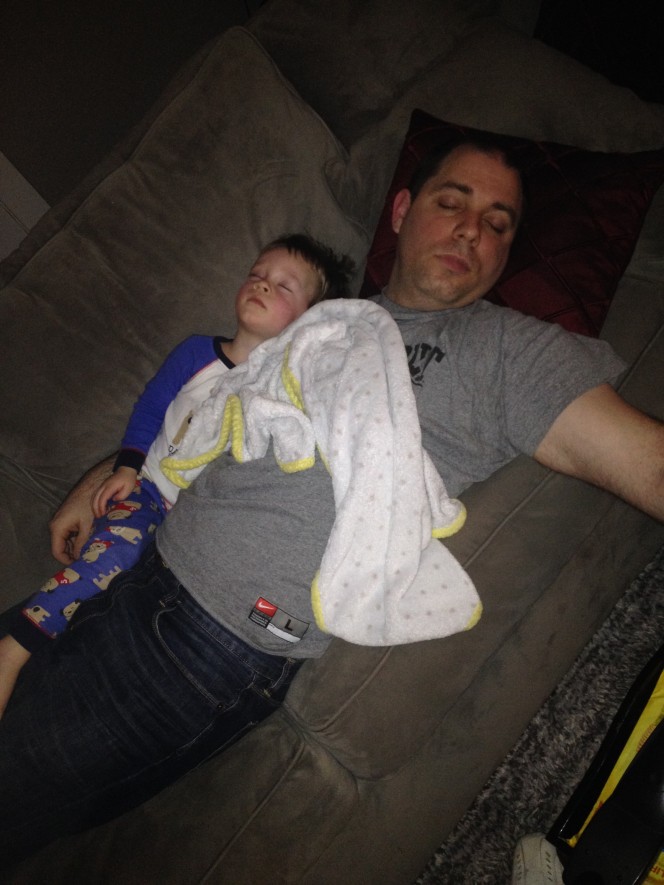 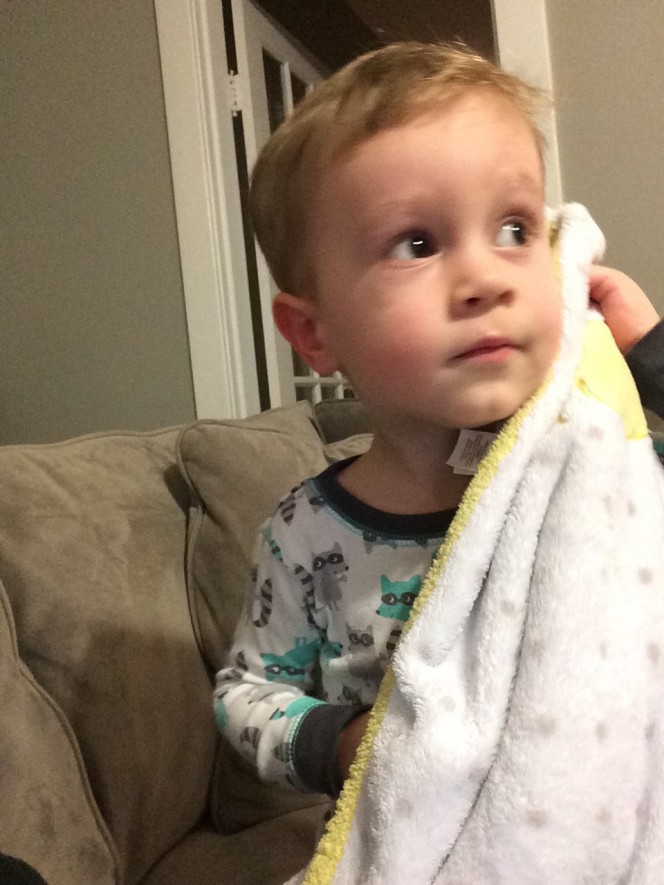 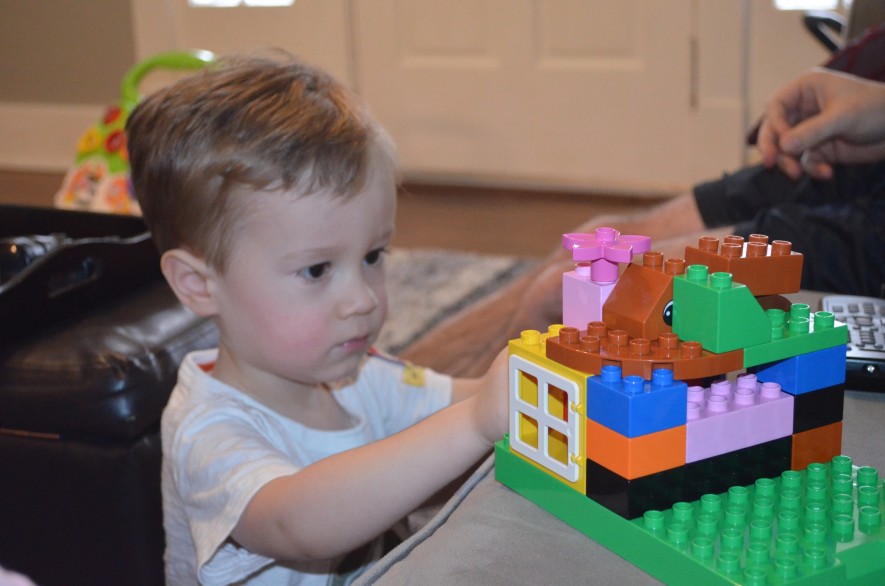 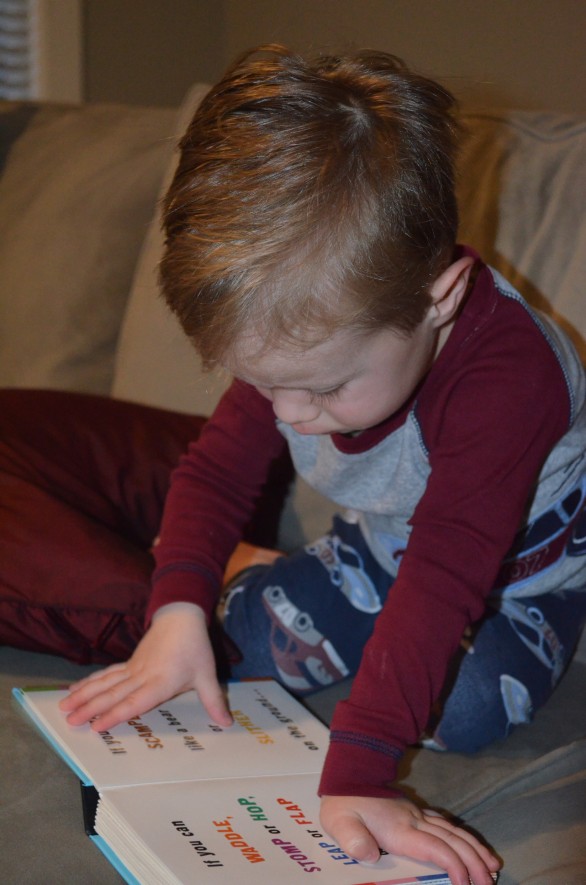 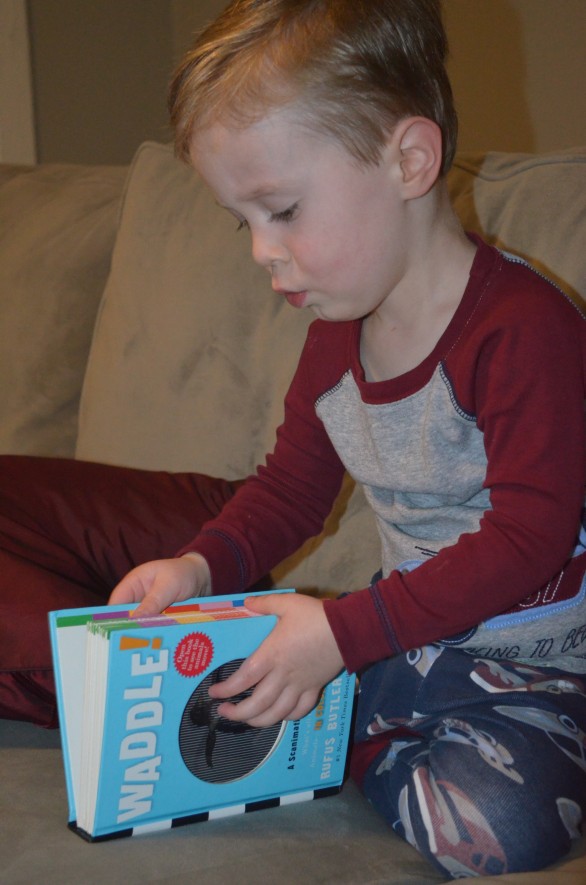 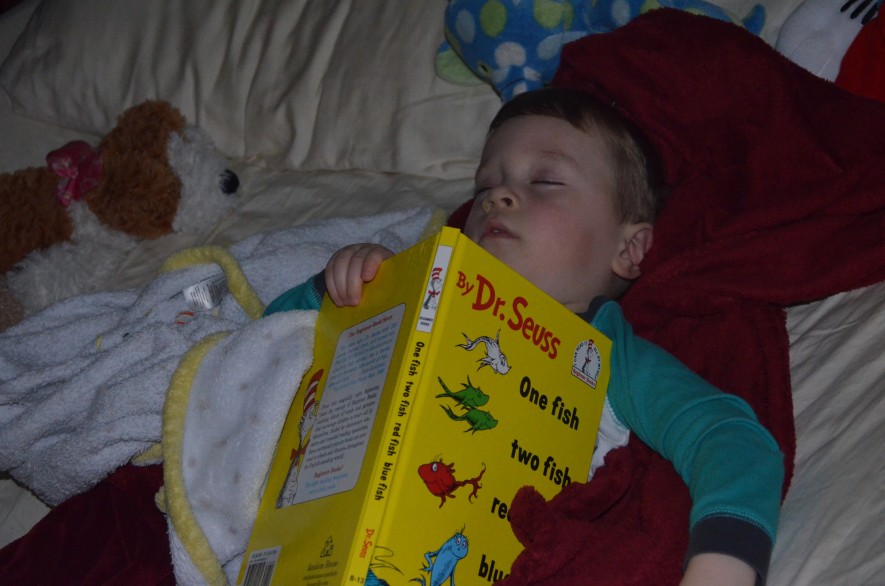