We intentionally try to have fun weekends to make up for our rather stale weekdays.  In my opinion, the best kind of weekends are the ones that end up accidentally jam packed – like this past weekend.  Friday was a bit of our norm; pick Drew up from daycare and then head to an early dinner (Taco Mamacita this week).  We were early enough that we decided to swing by Music City Tippler for a quick drink and to say hi to our friend Christina.  We then headed home and crashed early.  Saturday we were up and out of the house by 8:30am to make the 25 minute drive north to Rivergate Mall where the Reds ‘south’ caravan was visiting.  Drew was so excited to see a few Reds, Mr. Redlegs, Tom Brennaman and more.  Or maybe he was excited to run free and explore new surroundings.  Either way he had fun. 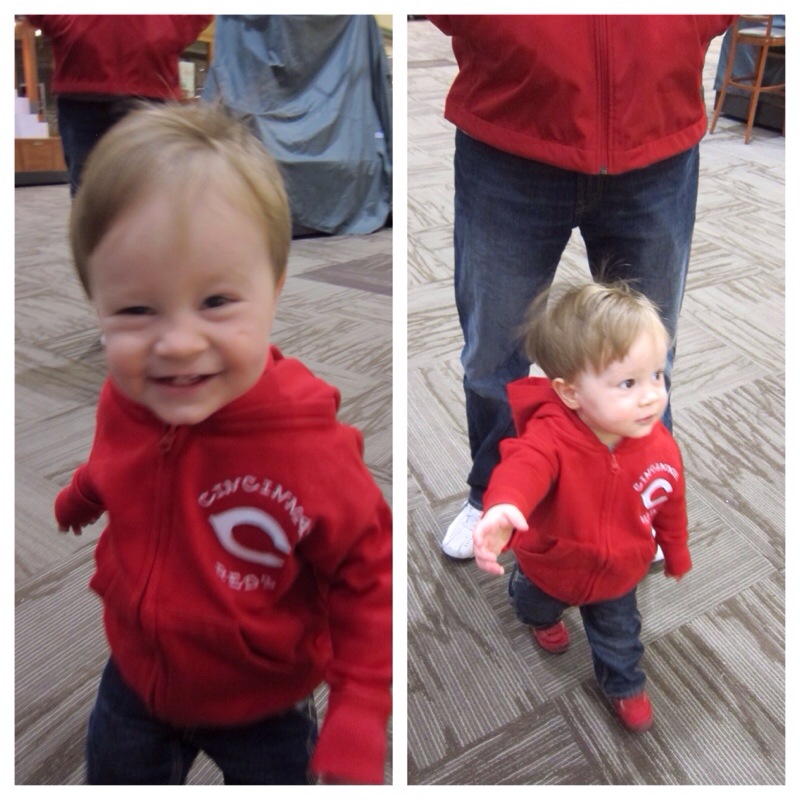 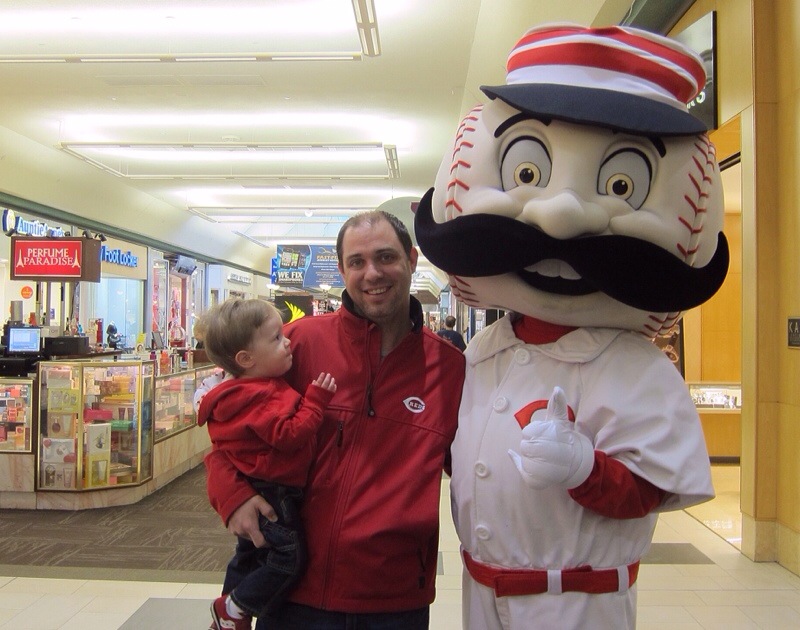 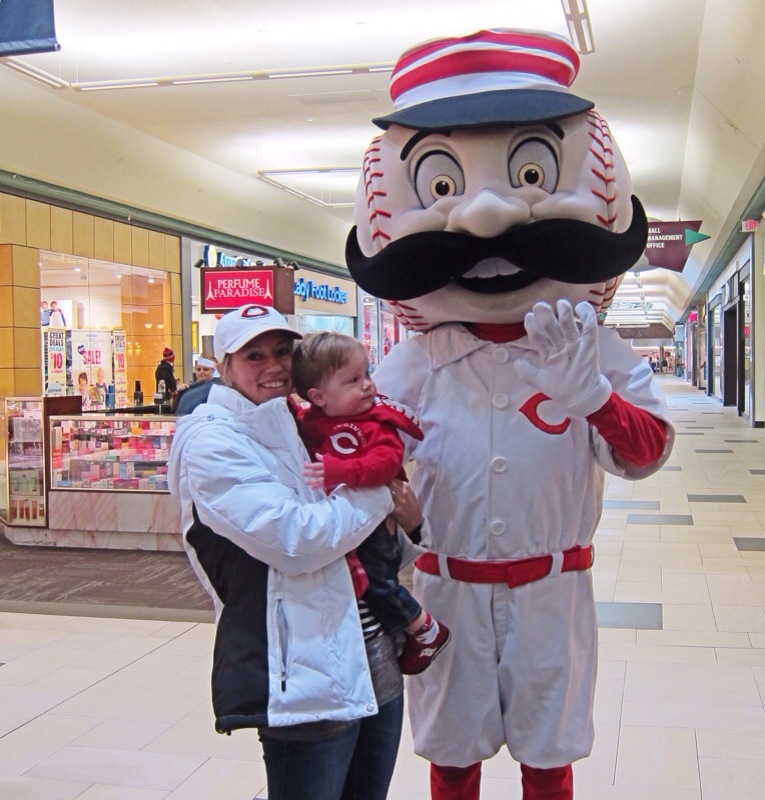 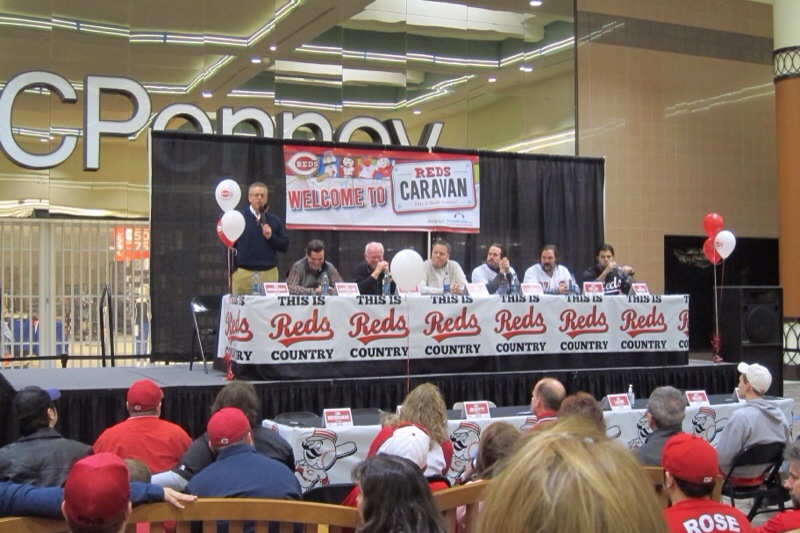 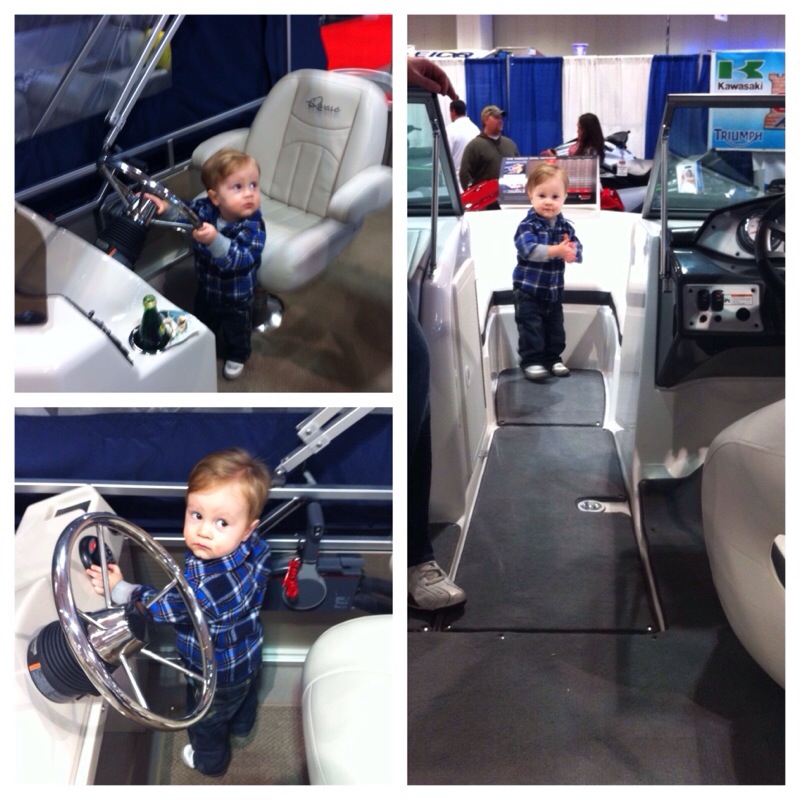 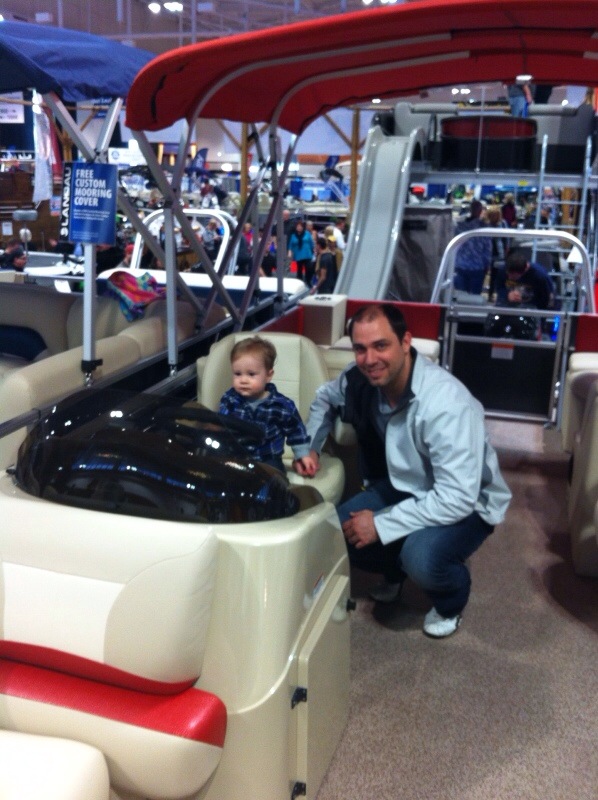 Quick story – Right before we left, we turned Drew loose to run down the long and wide hallway.  For the most part the actual convention center was packed with people…and boats….so he was either holding our hands or was held the entire time.  He was thrilled to be put down and free for a bit.  The lobby is lined with floor to ceiling windows.  Tim and I both saw Drew notice the patio tables just outside the windows, but he was just enough in front of us that neither of us could catch him.  It was exactly like a bird flying into a window.  Drew went full speed ahead and SMACK…straight into the glass.  He was fine…mostly confused as to what had happened as he laid on his back looking up.  Here he is after a quick recovery. 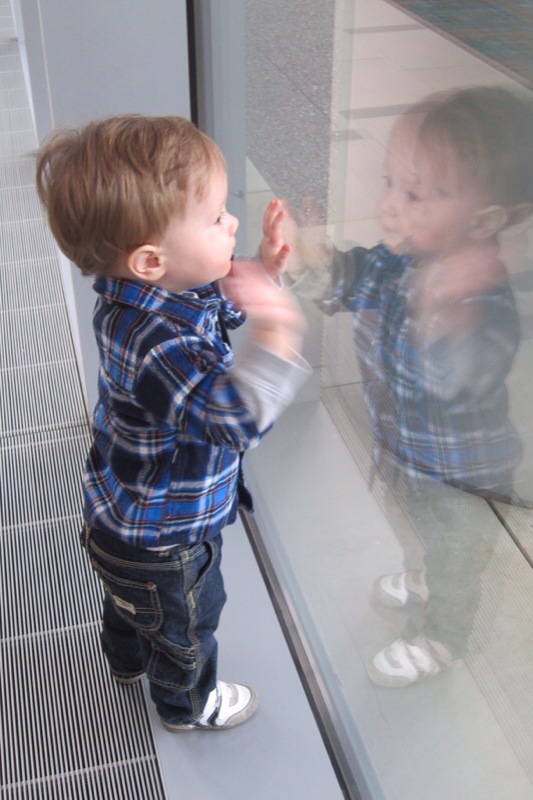 After the boat show, we met up with Becca, Craig and Drew’s adorable (and aggressive) girlfriend Lexie for pizza. 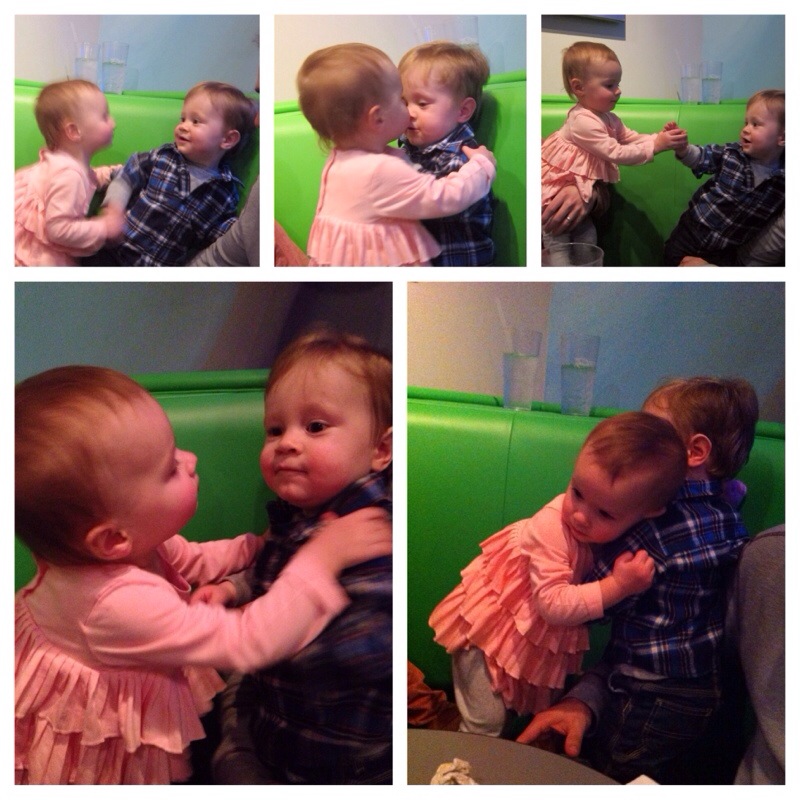 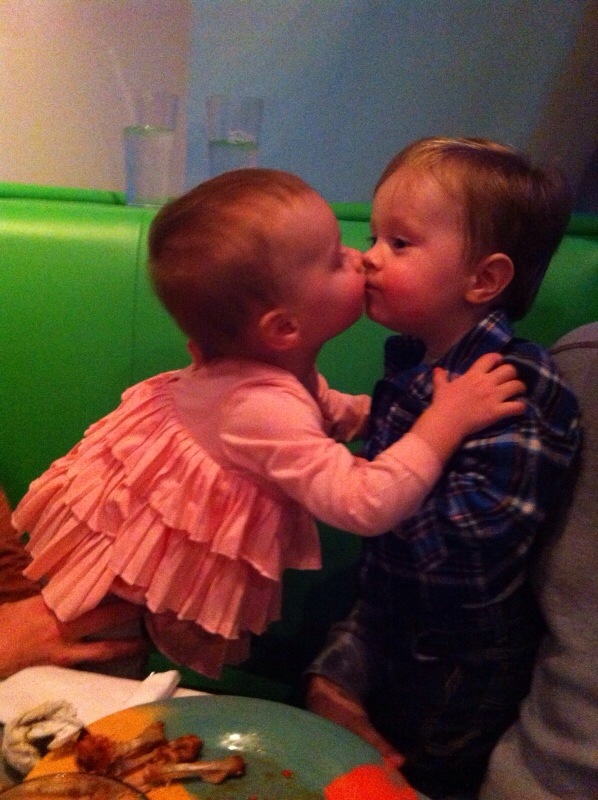 Today we got up and went to Noshville for breakfast.  Hmm….clearly we ate out too much this weekend.  We did go to the grocery store right after though (so now that the weekend is over I have food to cook – oops).  It was a gorgeous day so we spent some afternoon time at the park. 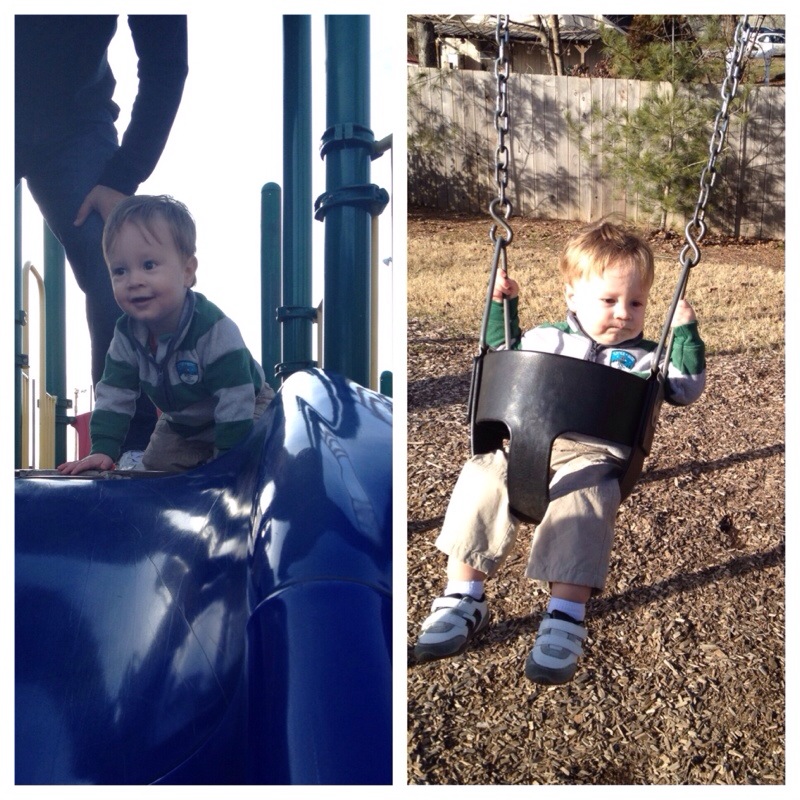 Then we headed to the mall for a quick errand and much needed haircuts (not me, just the guys). 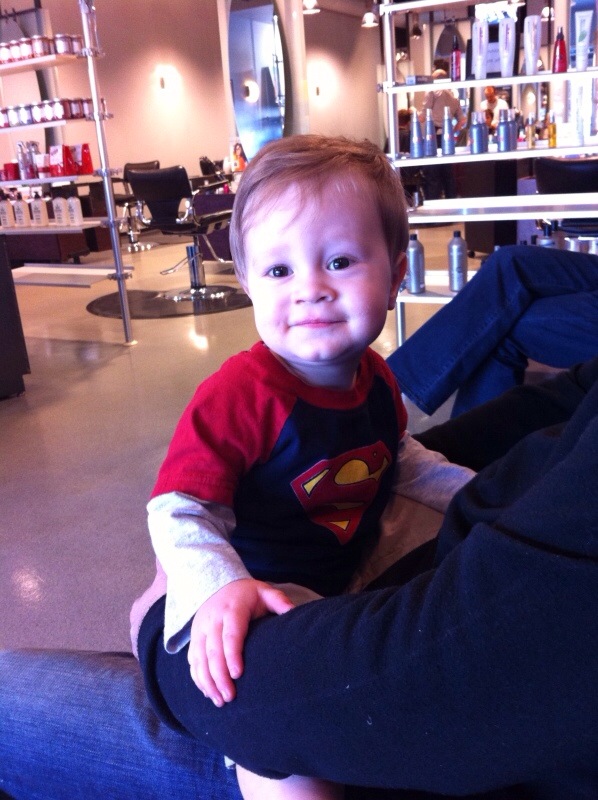 Big boy!  The past few times he has sat on my lap because he was scared.  No problem today. 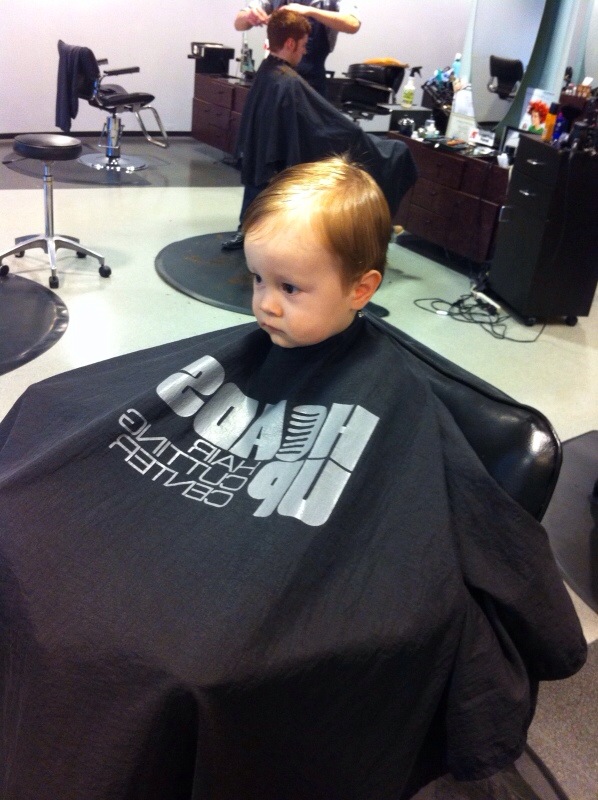 We headed home for dinner.  For the record, I did actually cook something tonight.  We played a little more and then we each read Drew his current favorite book about 24 times before he decided to read to us (seriously this past week this is the only book he is interested in and we read it over and over and over…..).   The Zoo book is his new fav. 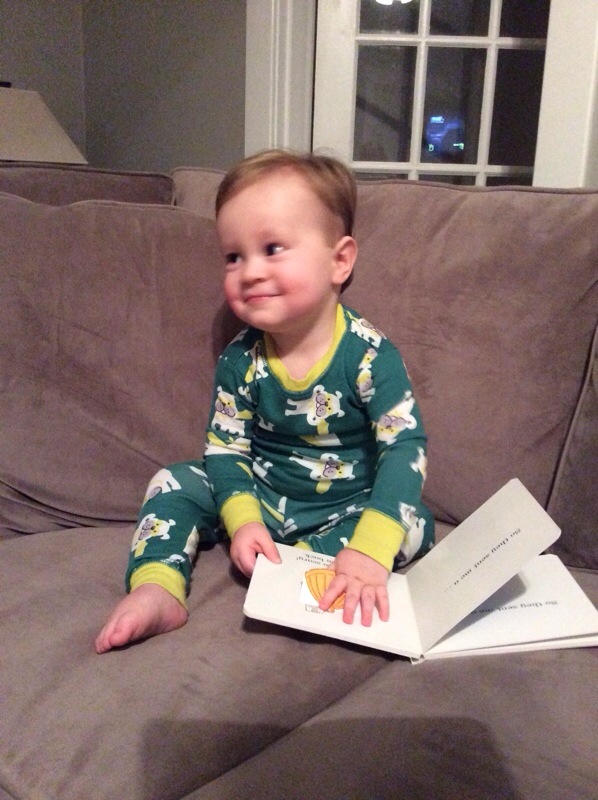 We had such a fun weekend!  I’m already looking forward to another one.