Our happy hour one Friday night; Moscow mules for us, chocolate milk for Drew and a nap on her belly for Emery. 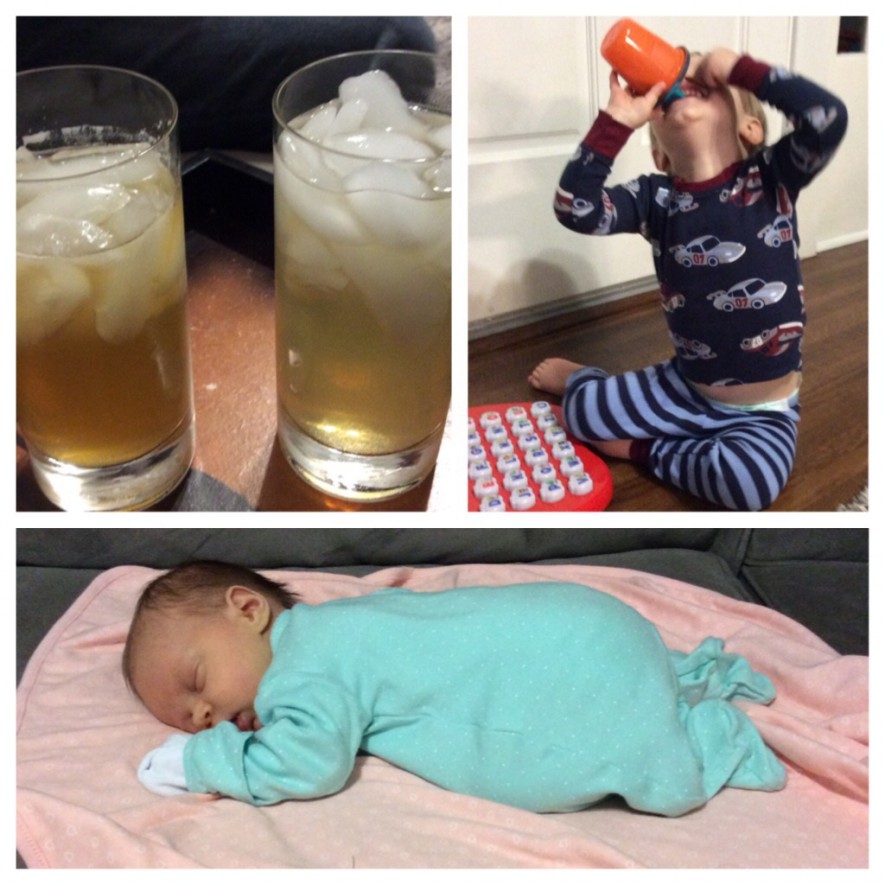 Just a little fooling around for the camera.  Drew would not take pictures unless his “lellow blankie” could participate.  He’s pretty into his blankie these days. 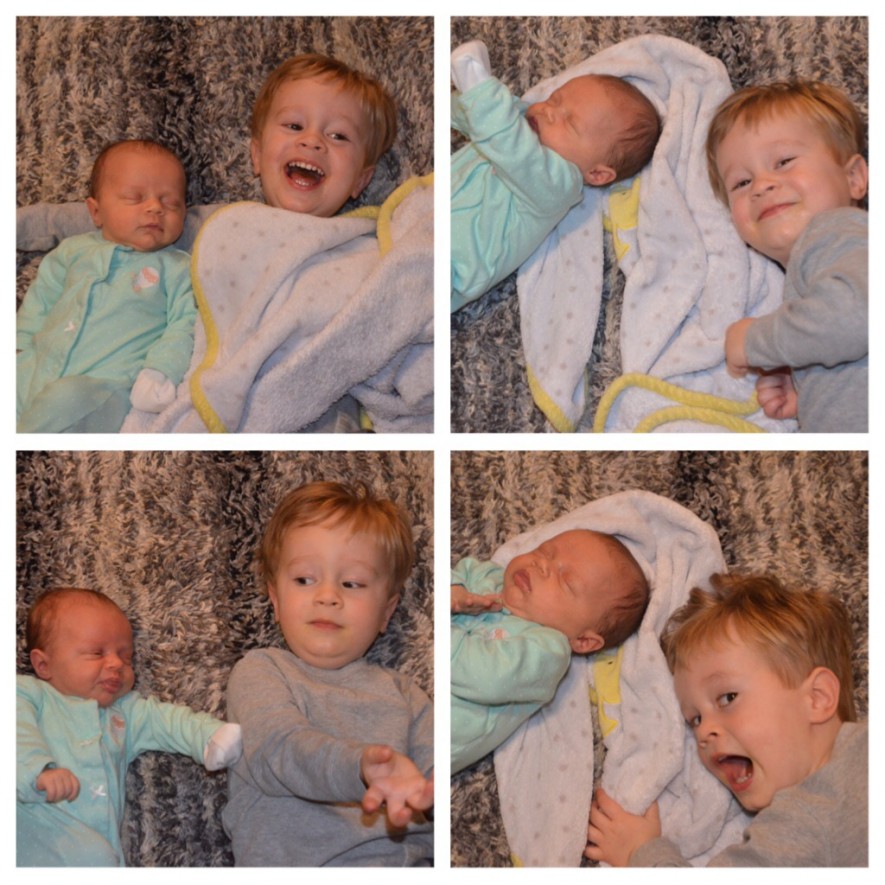 If there was any question – this picture confirms she looks like a Greulich for sure!  But seriously – how cute is she?! 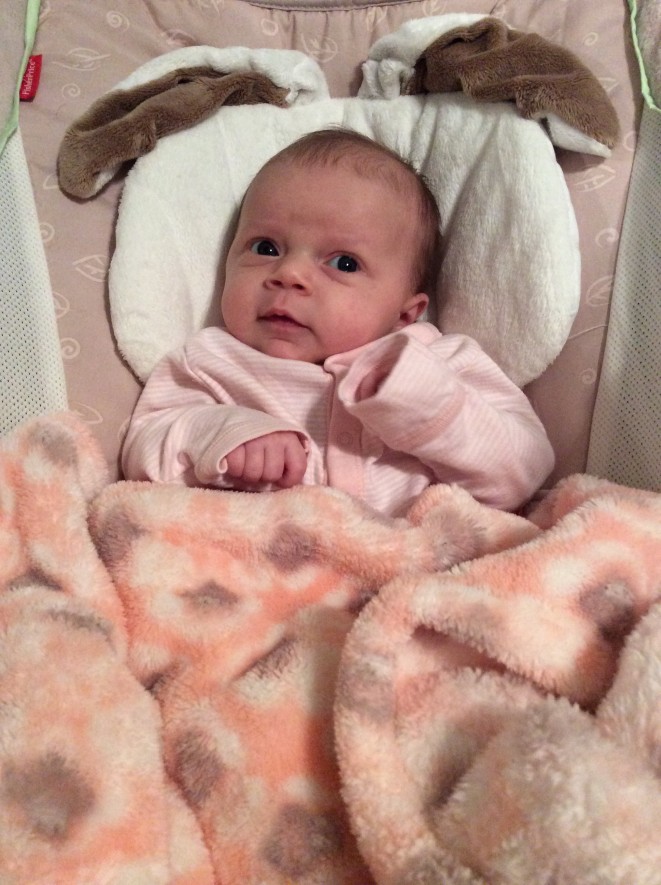 Drew has continued to go to daycare throughout my leave.  It’s been very good for both of us.  I just loved this note at the bottom of his daily sheet.  I pray this is how it always is – “Drew is everybody’s friend.”

Drew, Lexie, Tim and Craig spent one Saturday morning at the boat show downtown.  They had a blast. 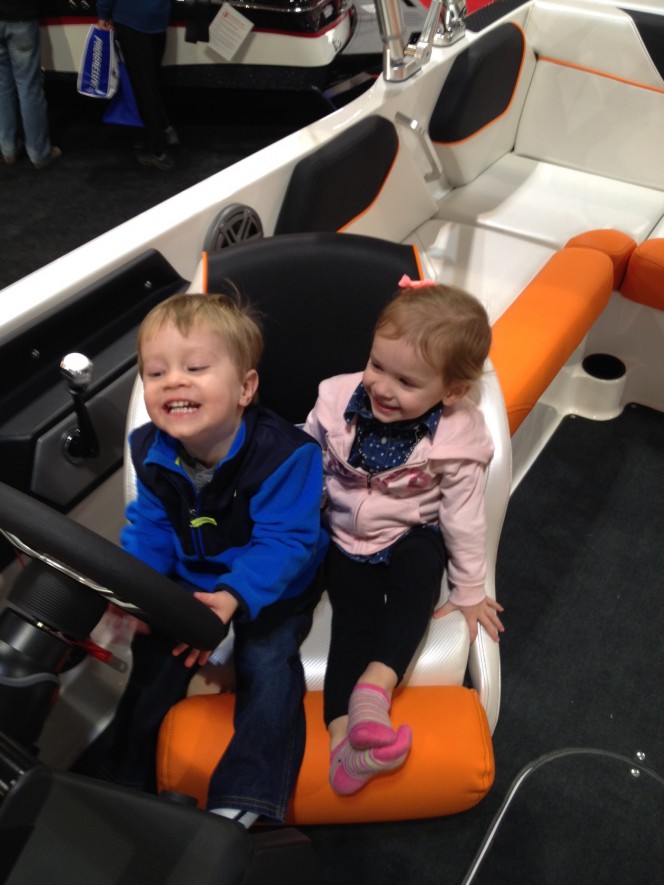 While the guys and Lexie were at the boat show, Becca and I had a little playdate of our own with the two new little sisters. 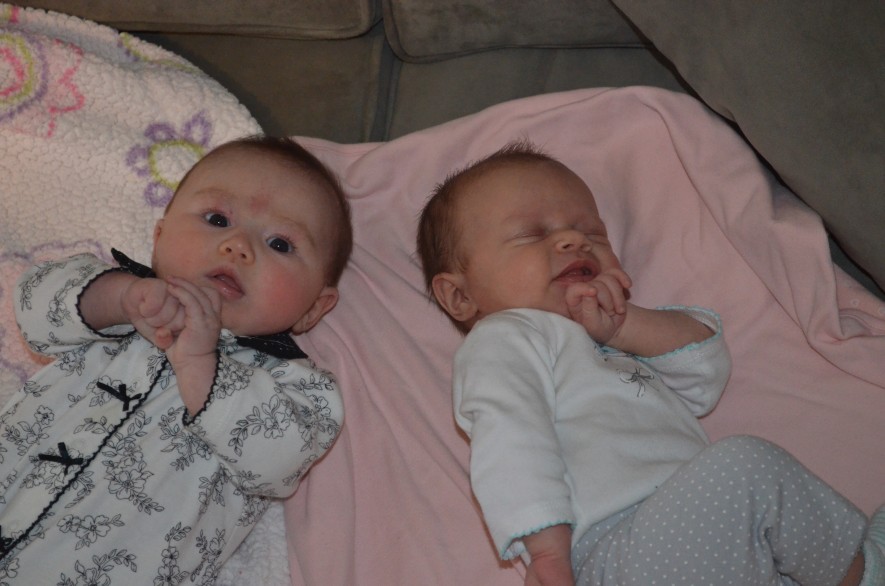 Emery went to her first Vanderbilt basketball game!  This is the only picture we took, clearly not a good one.  She did fine the first half but was furious with the headphones by half time so she and I spent the second half outside walking the halls. 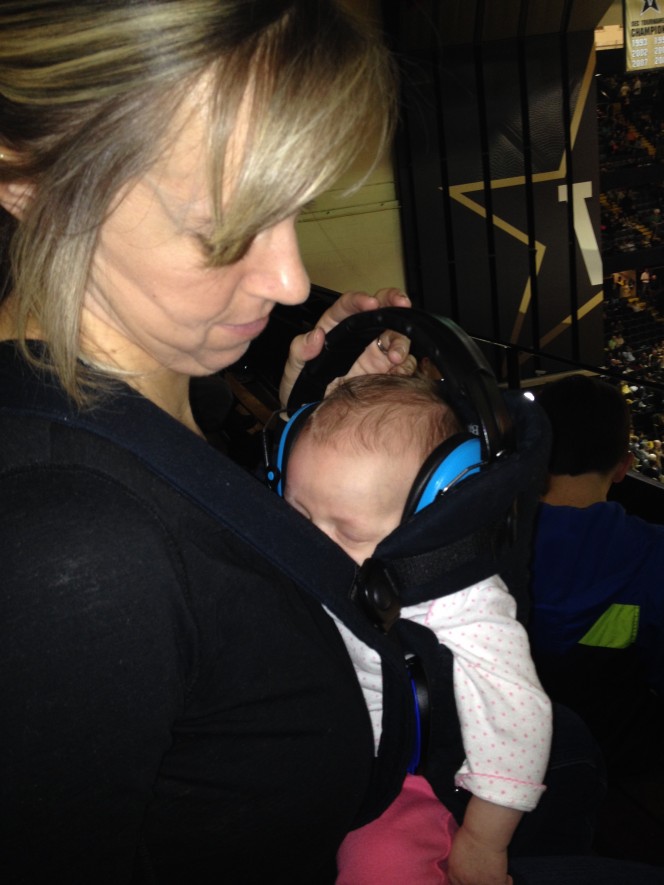 Here is my cute little grocery shopping companion.  We went to Kroger on this particular day and Drew spotted these cars a mile away.  Our typical store; Publix doesn’t have these.  Drew had a blast and we shopped fast since Drew would scream “Go Mommy GO, go Mommy GOOO!!!” anytime the cart slowed down or stopped. 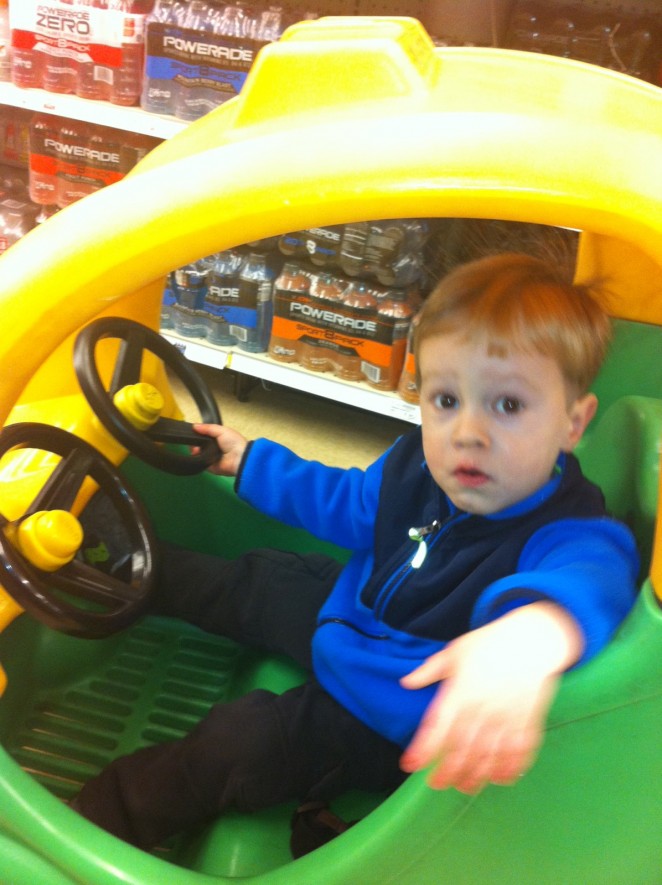 We went to Cincinnati for about 5 days the last week of January.  Drew had an absolute blast at the Children’s museum with Grammy, Grandpa and Mom Mom. 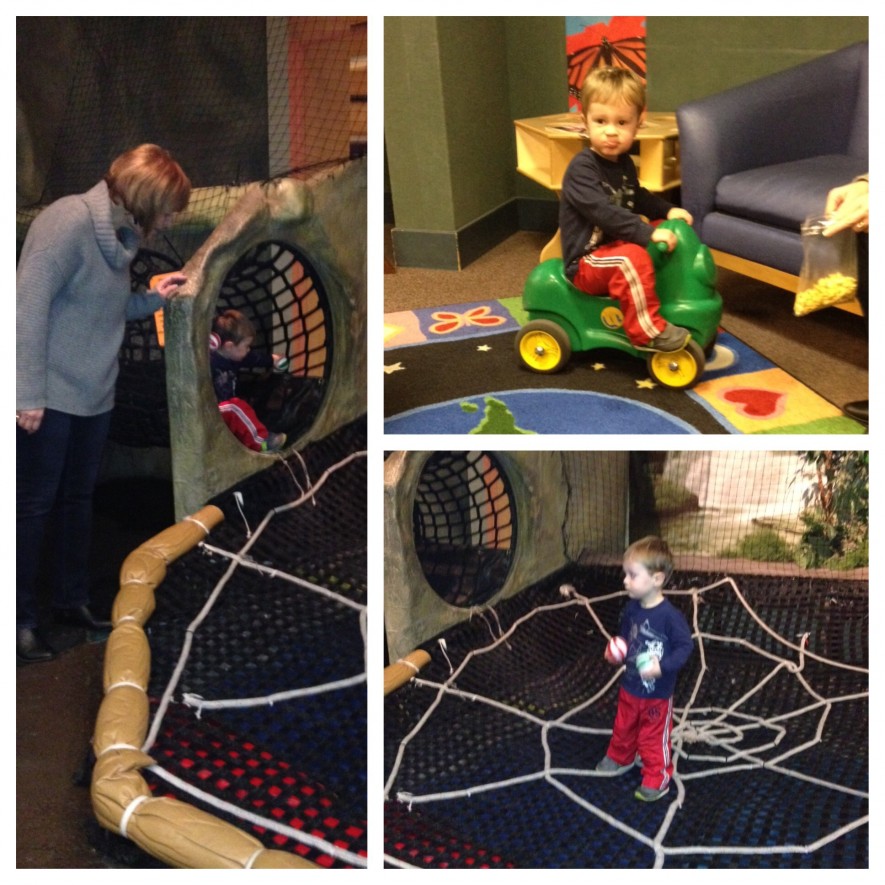 We got to see and play with Hannah and Aunt Becky quite a bit that week.  Drew and Hannah have become great buddies and Drew loves playing with her.  On this night these two were helping Mimi with Emery’s bath. 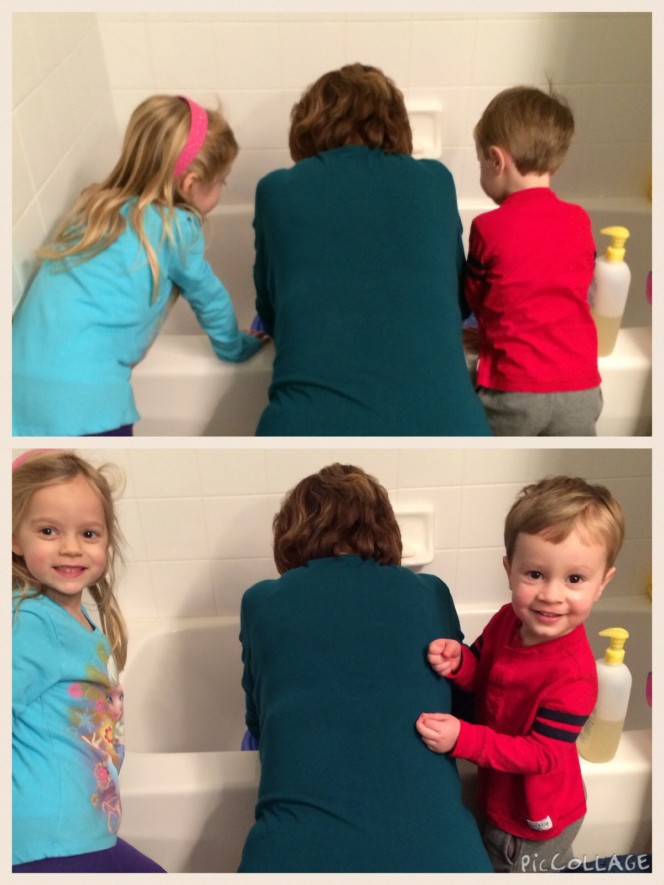 We had movie night and watched Frozen.  Drew had learned a lot of the songs and characters at daycare (I guess) but had never seen the movie.  He LOVED it. 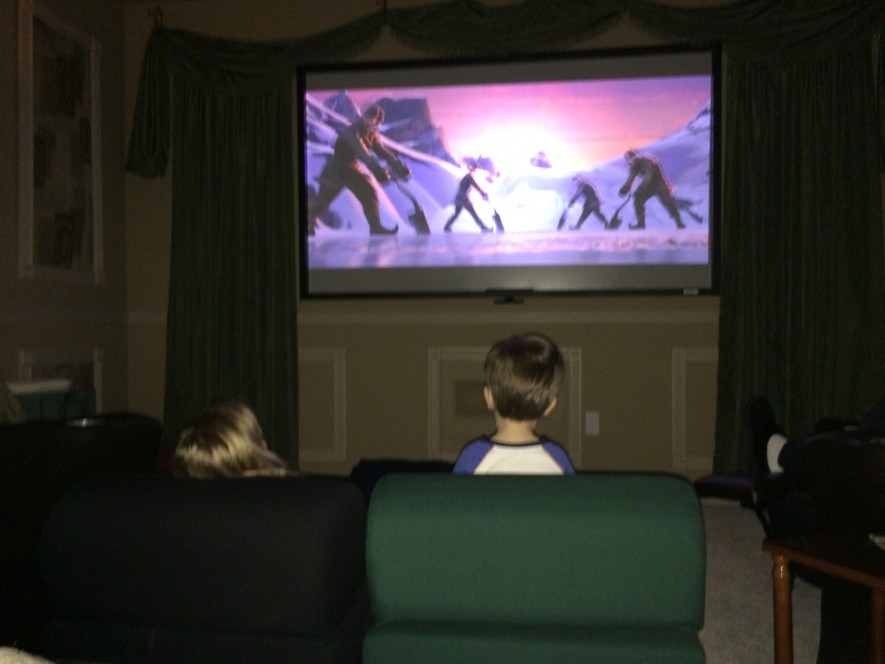 Papa, Hannah, Drew, Emery and I took an afternoon adventure to the Newport Aquarium!  To me – this was a huge accomplishment as Emery was still pretty much eating every 2.5 hours or so and not doing well with a bottle.  At first, I thought it was a ridiculous idea (I didn’t bring home a stroller, trying to get 3 car seats in Papa’s car, where would I feed her?, etc) but I’m the one who learned to loosen up a little bit and not let a new baby dictate our life.  Since it was a weekday the place was empty and we all had a great time. 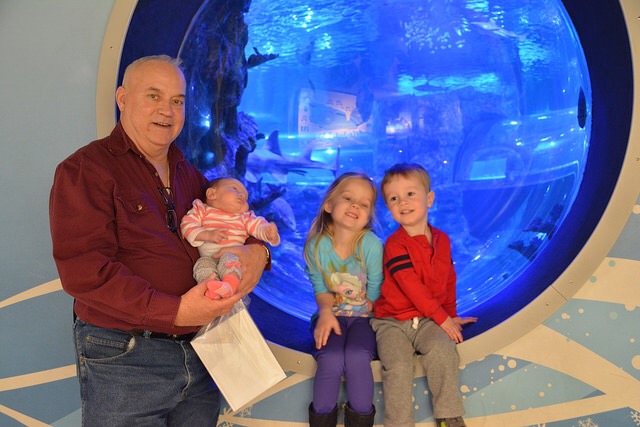 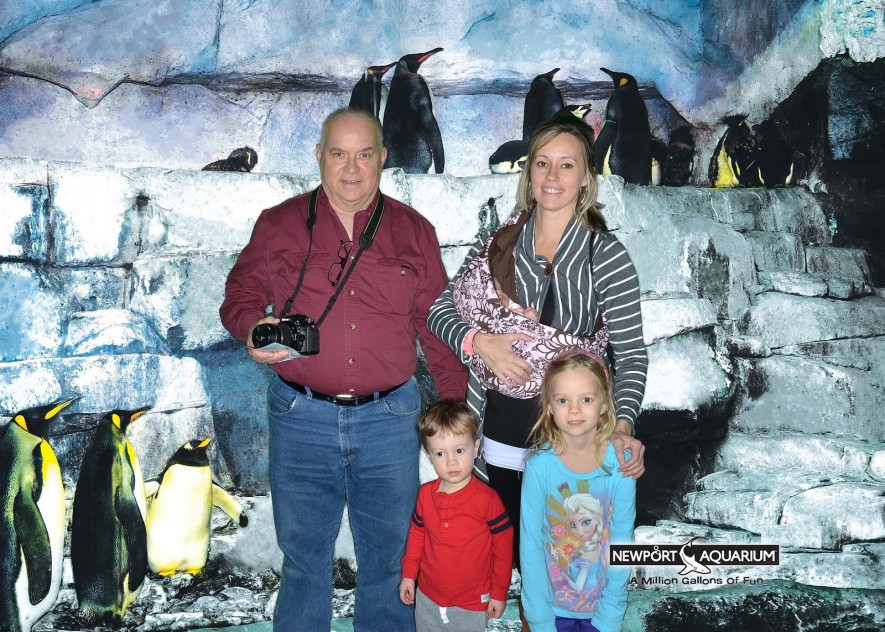 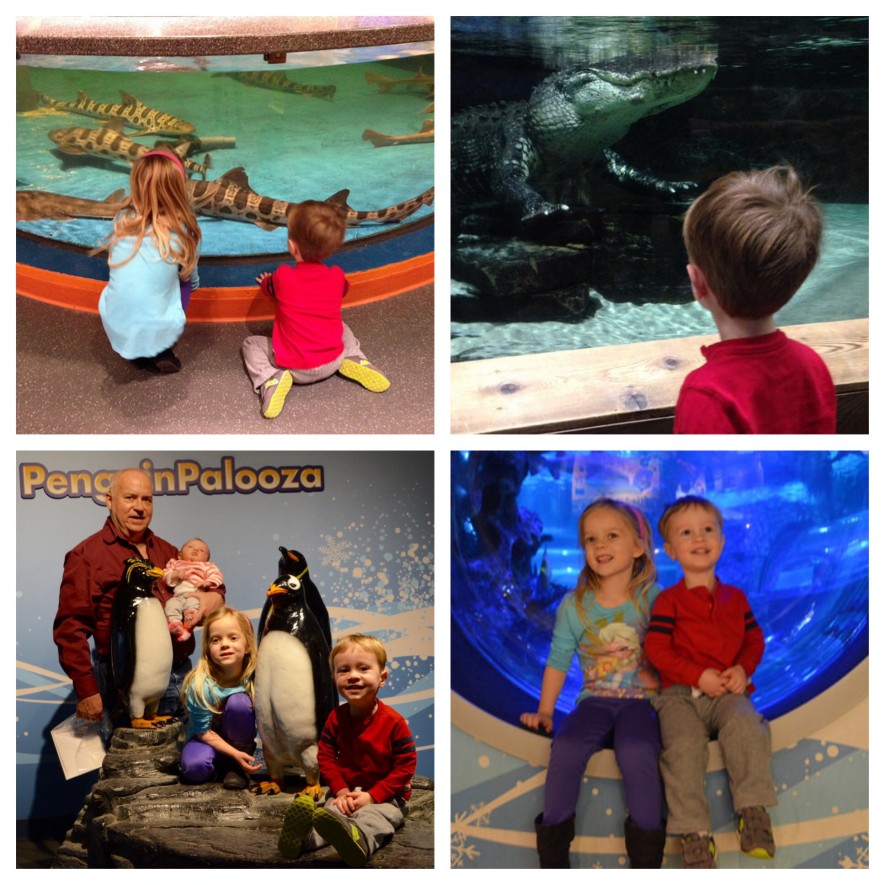 We’ve been doing a whole lot of this!  Potty training!  Admittedly, we haven’t committed 100% to his training or he’d be done. He’s doing a great job though and in no time he’ll be out of these diapers (I hope!). 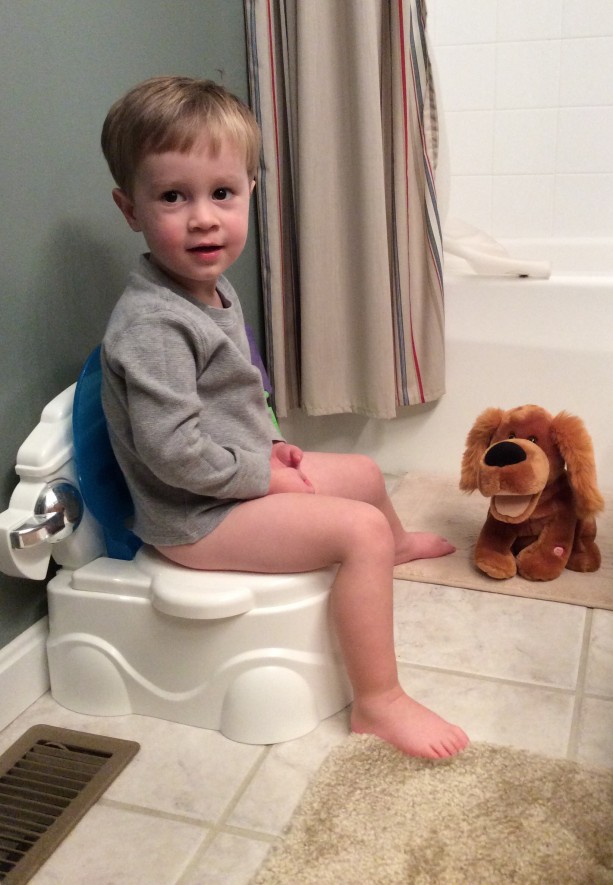