Operation “nookie” removal is complete! Yes!!!!!! Oh I was so not looking forward to the day we’d have to pull Drew’s beloved nookie. All along I knew we had to pull it by the time he hit two. His pediatrician recommended not going longer than that and besides I’ve heard it messes with speech and teeth too. I also rationalized that it would be just as hard or harder at 2.5 or 3 so why wait? So……it took about 5 or so days but it was honestly not that difficult. The first couple nights he cried but eventually settled down after 10 or so minutes. The only large glitch we had was when he did not want to take his nap on a weekend day at home without it. He was pretty upset and apparently got the guts to try and get out of bed. We heard a thump and sure enough he jumped/fell/got out somehow. He ended up with a pretty big goose egg on his head and I think it scared him to death because he hasn’t come close to trying again (I watch the monitor now if and when he does cry). 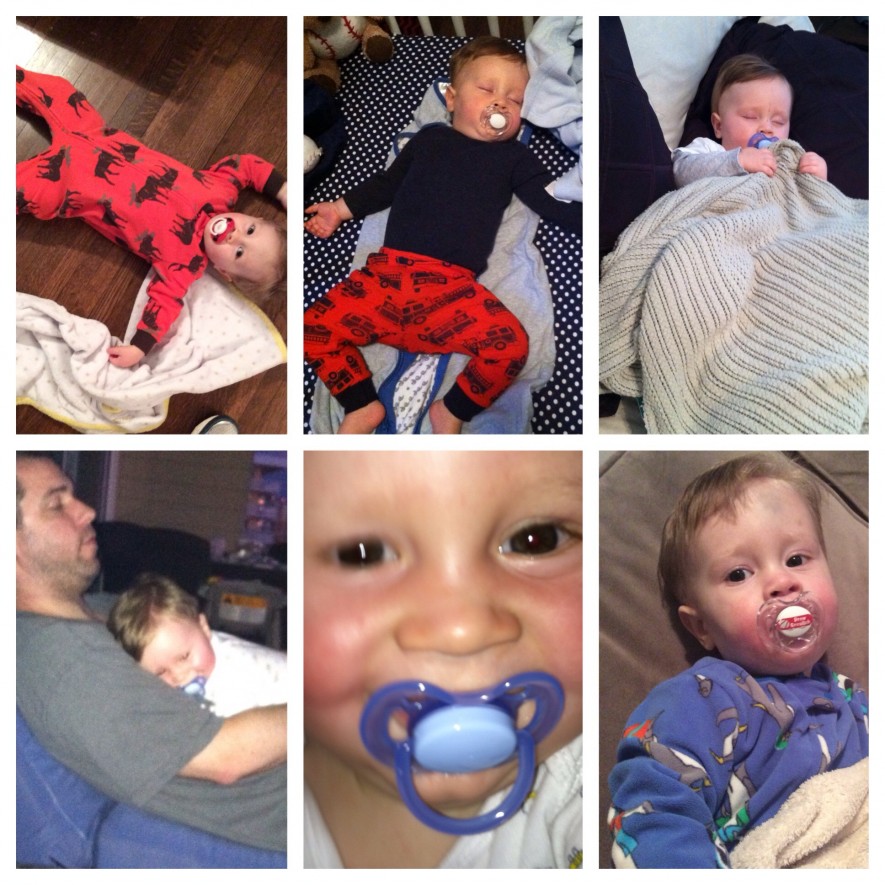 He doesn’t sleep quite as long in the morning (up most days now by 6:30am rather than 7am) and he certainly doesn’t want to snuggle or wind down with us on the couch without it….but overall it’s been totally fine. Here he is two weeks ago cuddled up with his blankies, butt in the air and of course his nook. 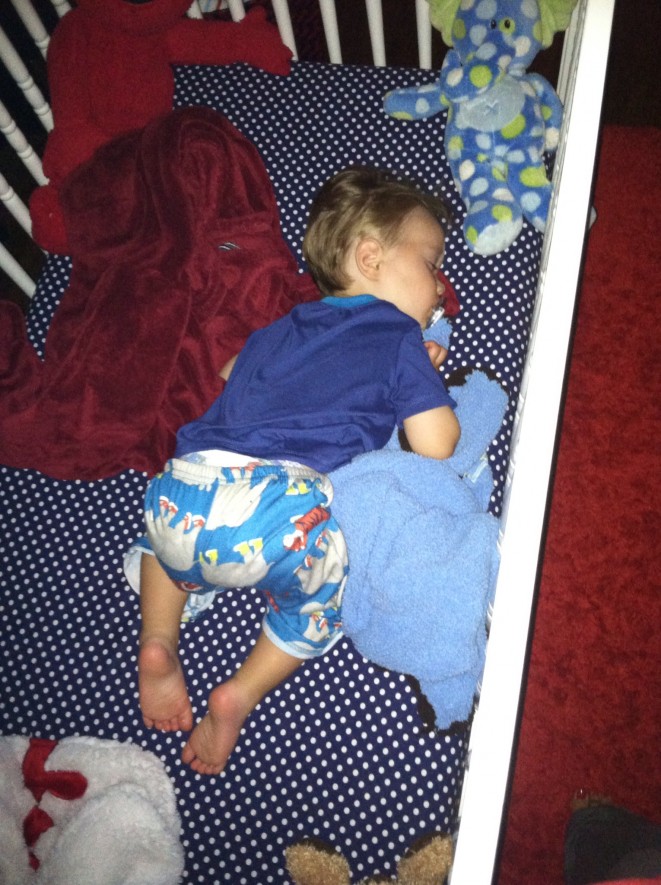 This was last night after falling asleep.  I’m so happy it wasn’t the struggle I had imagined in my head. Our baby is growing up. Tear. Next up – potty training. 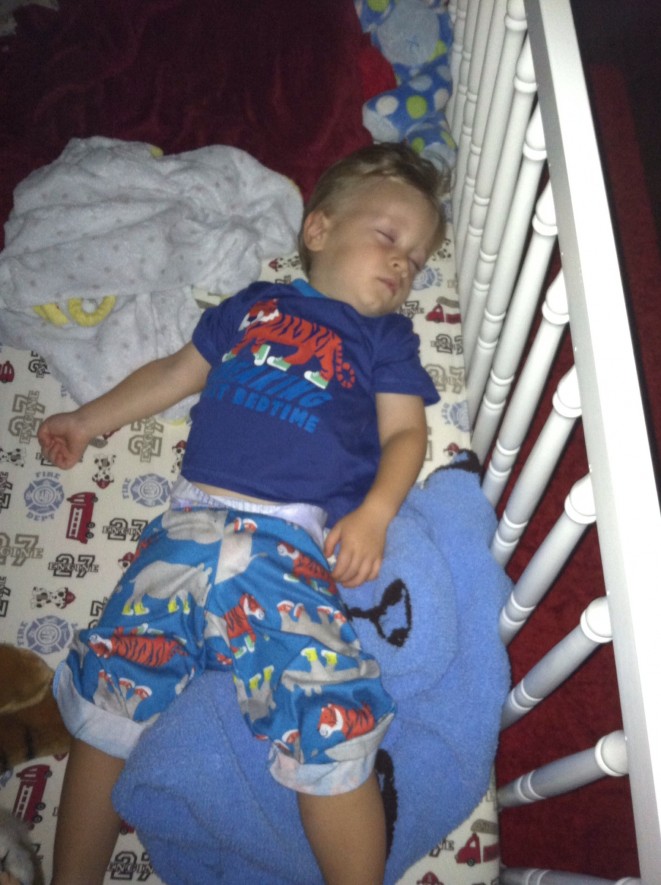