Better late than never!  Drew turned 4 (!) on September 13th.  He said it was the ‘longest birthday EVER’ because he celebrated for almost a month.  He got his bike from us a few days before his birthday, then his friend birthday party was the weekend after his actual birthday.  Finally we traveled to Cincinnati in late September and he celebrated with all the grandparents there as well.

This one though (below) – this is on his birthday.  Here he is, our big 4 year old.  He woke up to fun balloons and sprinkle and icing donuts. 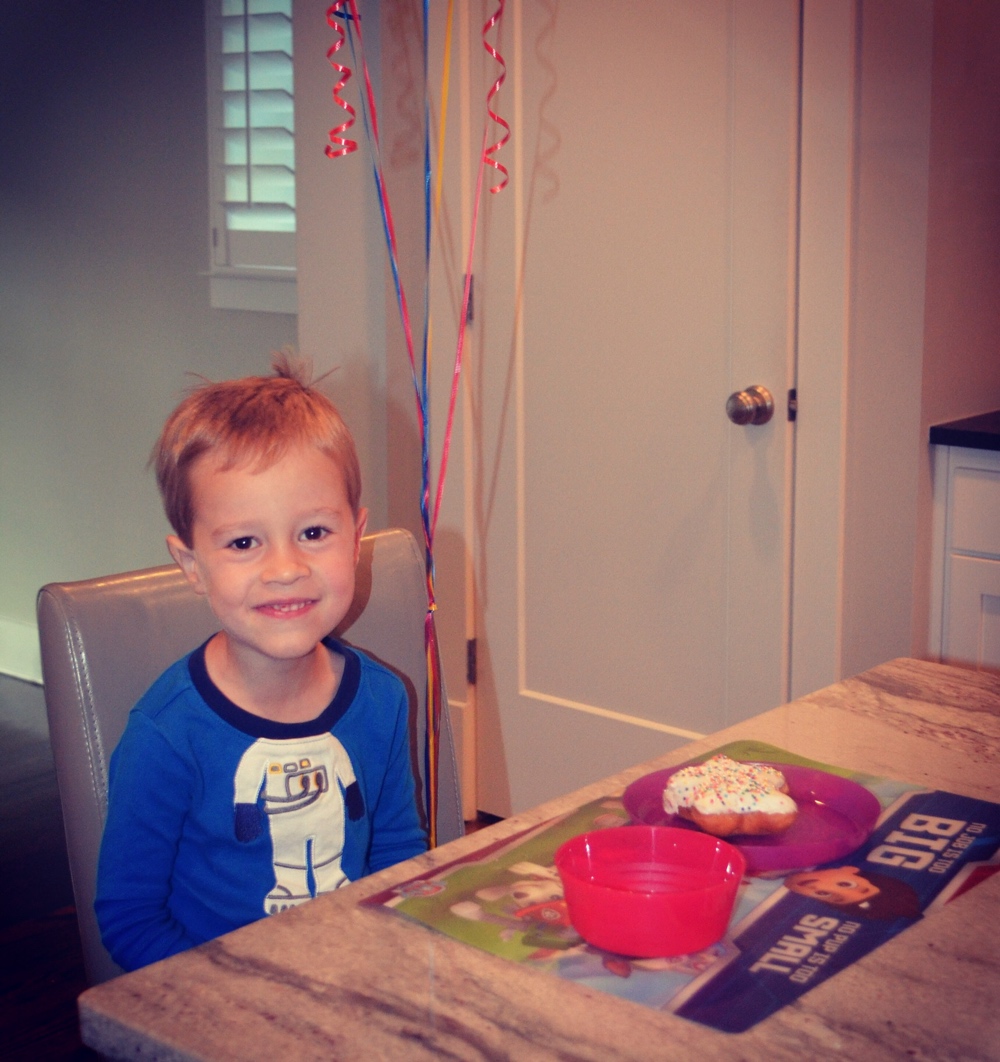 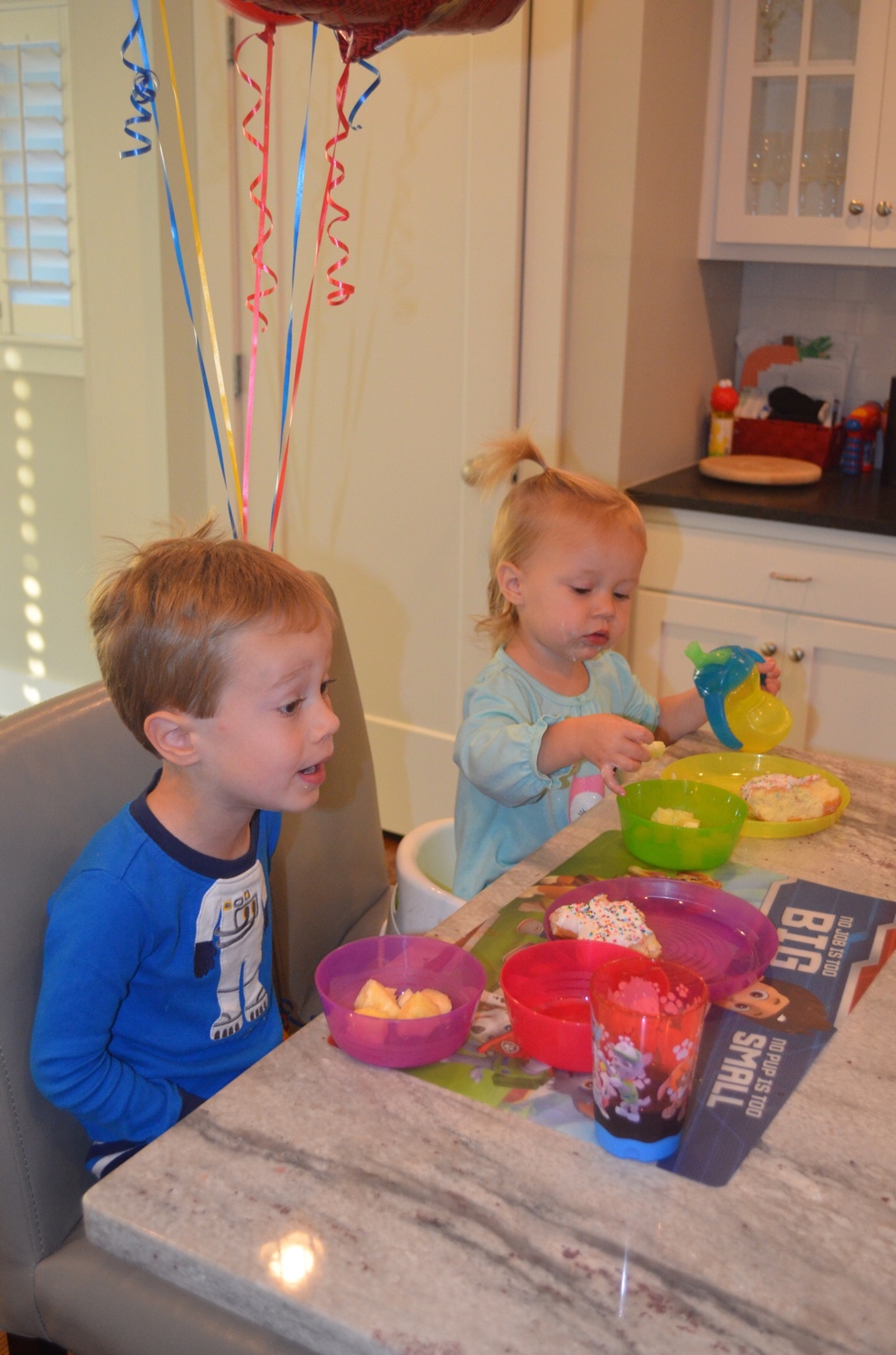 ….and Mimi and Pa Pa after school. 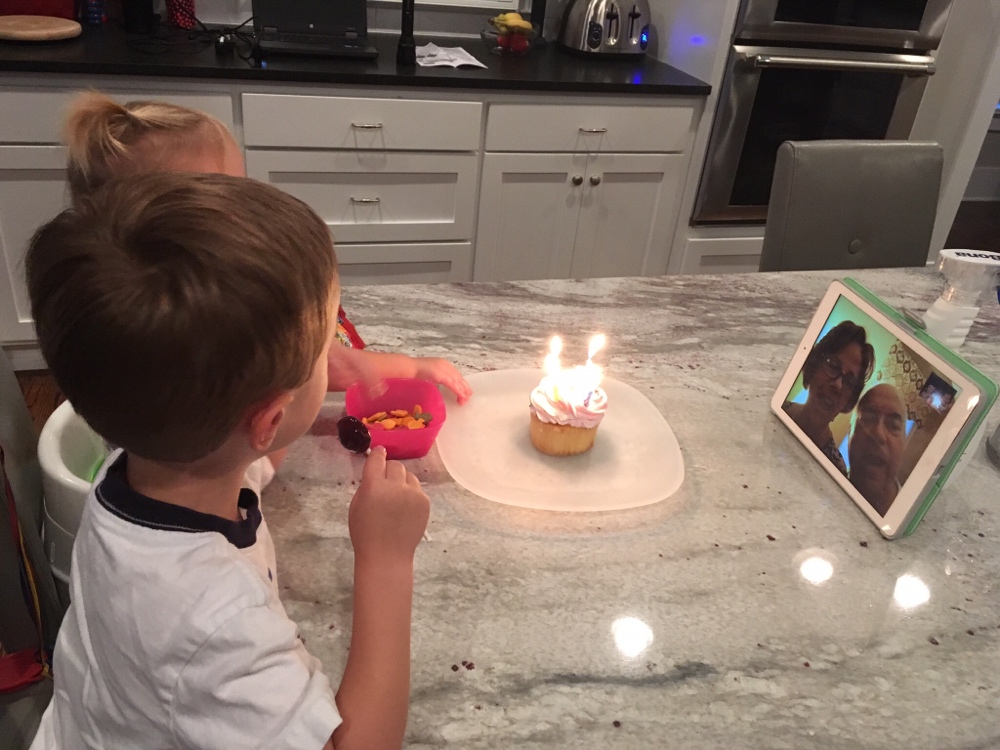 A bike!  It took a while but he’s finally getting the hang of it now. 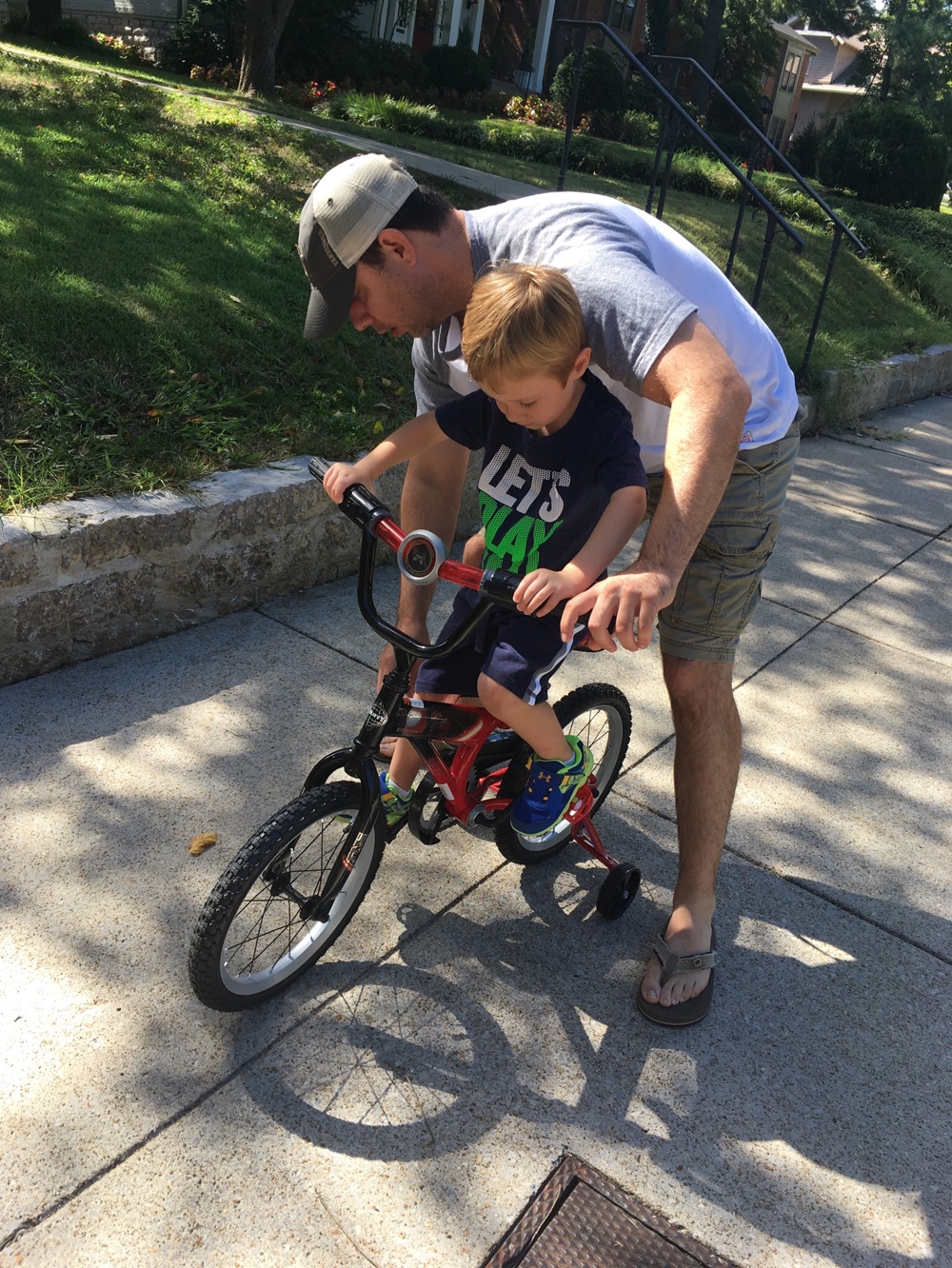 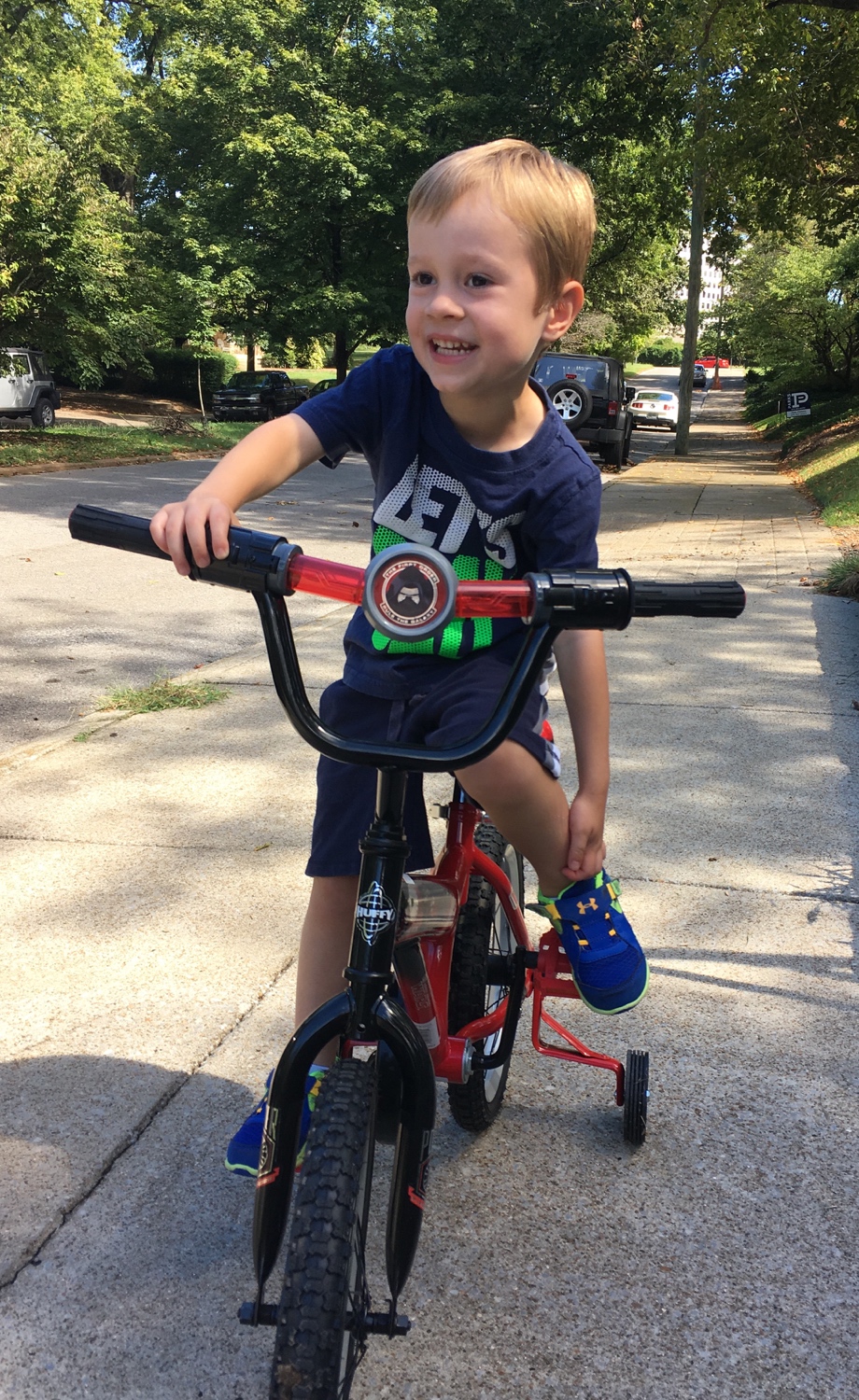 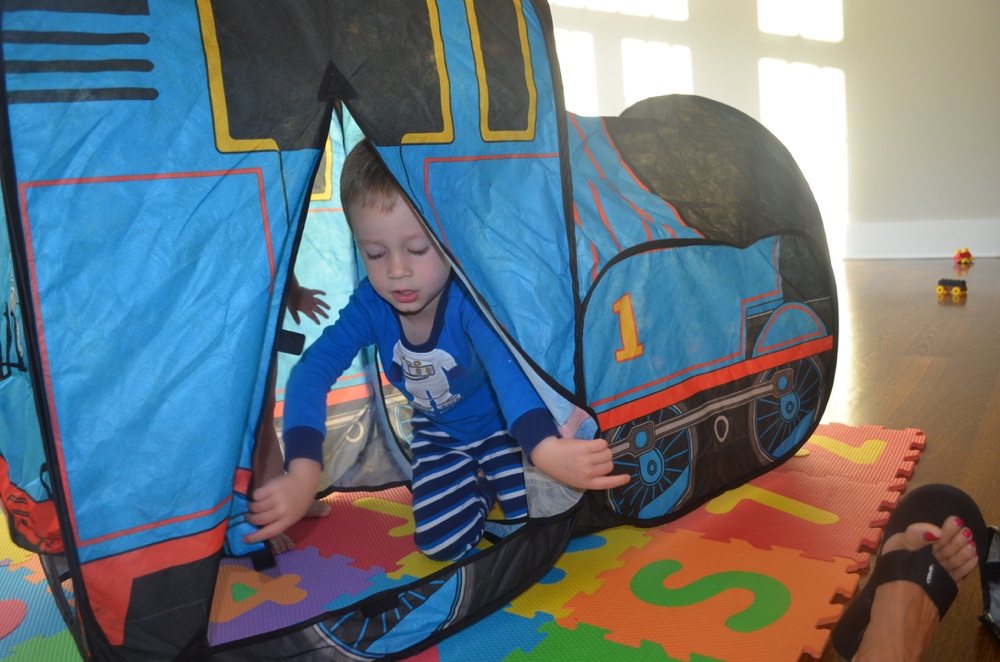 His birthday party was at My Gym and he loved it!  I did too.  It was a perfect afternoon after Drew and I got stuck on the highway for 3 hours trying to get to soccer pictures that morning (side note; needless to say; no soccer pictures). 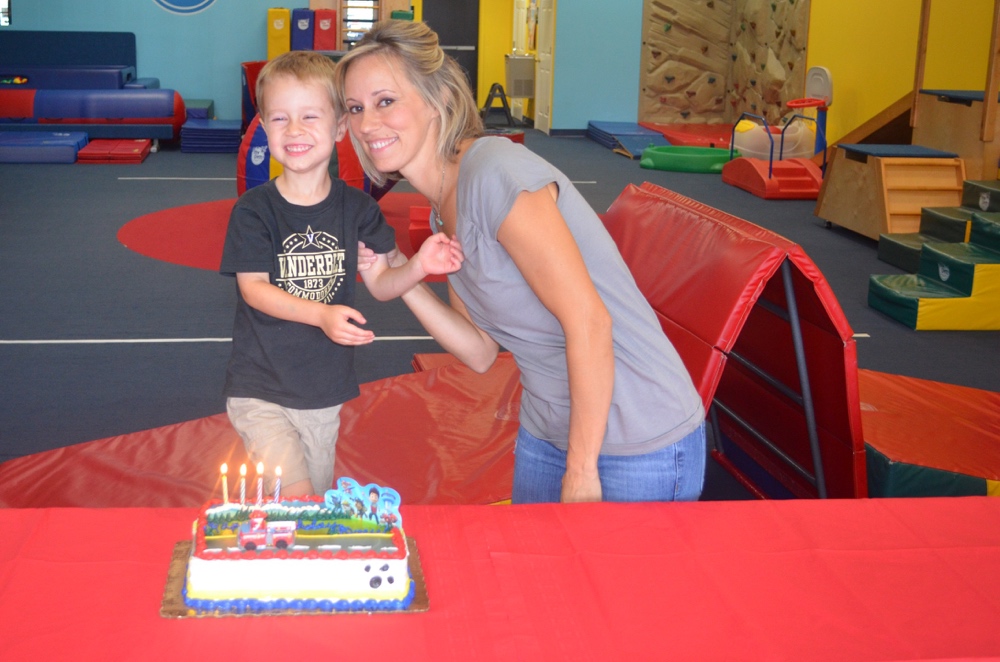 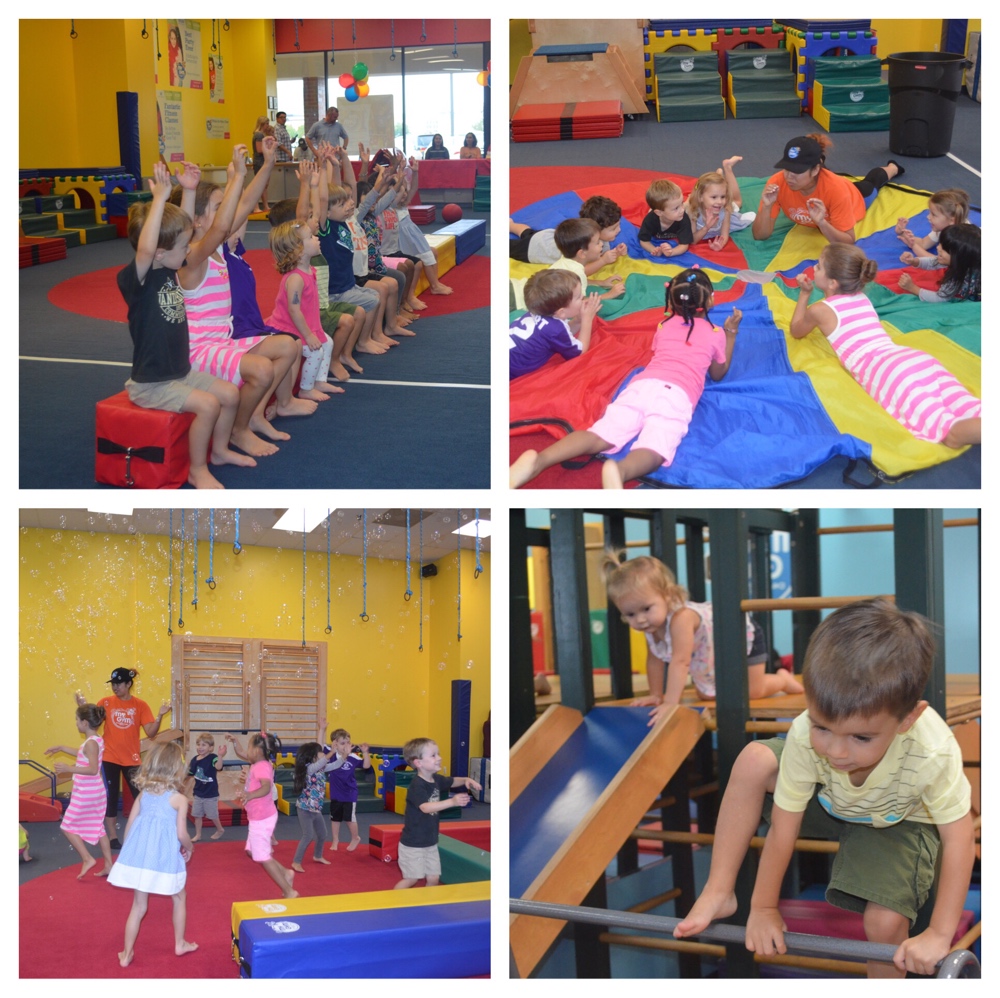 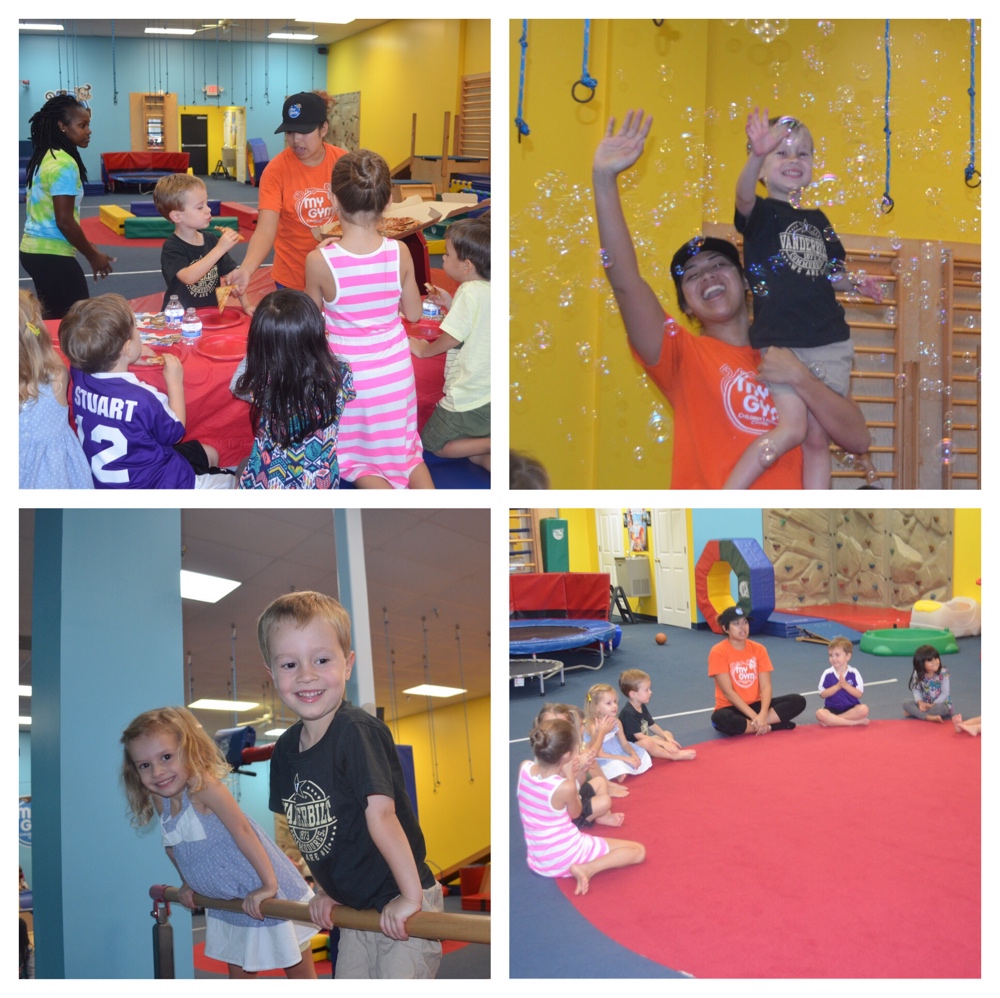 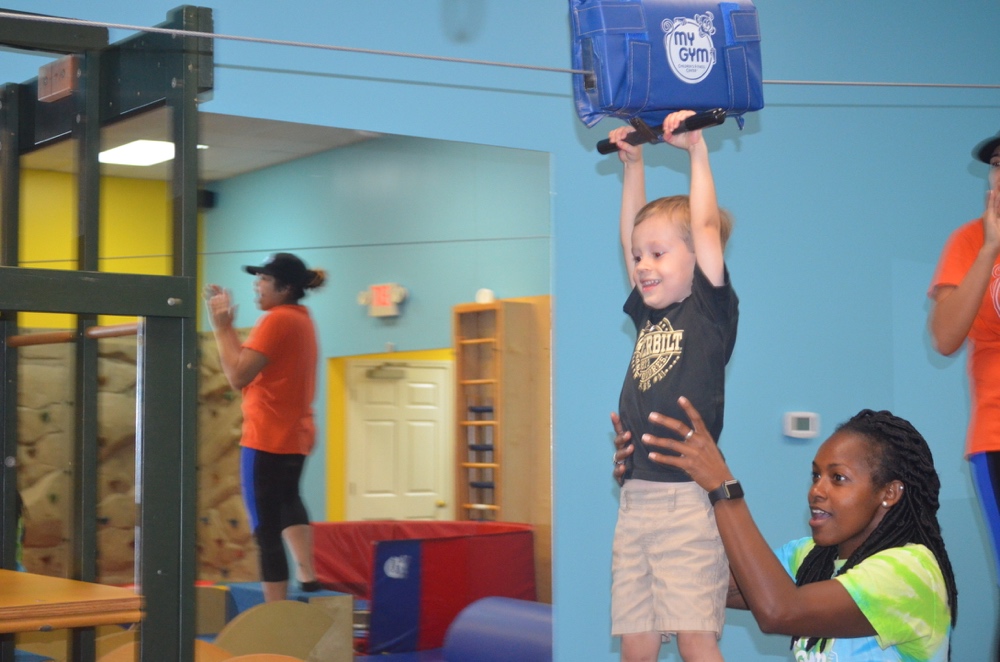 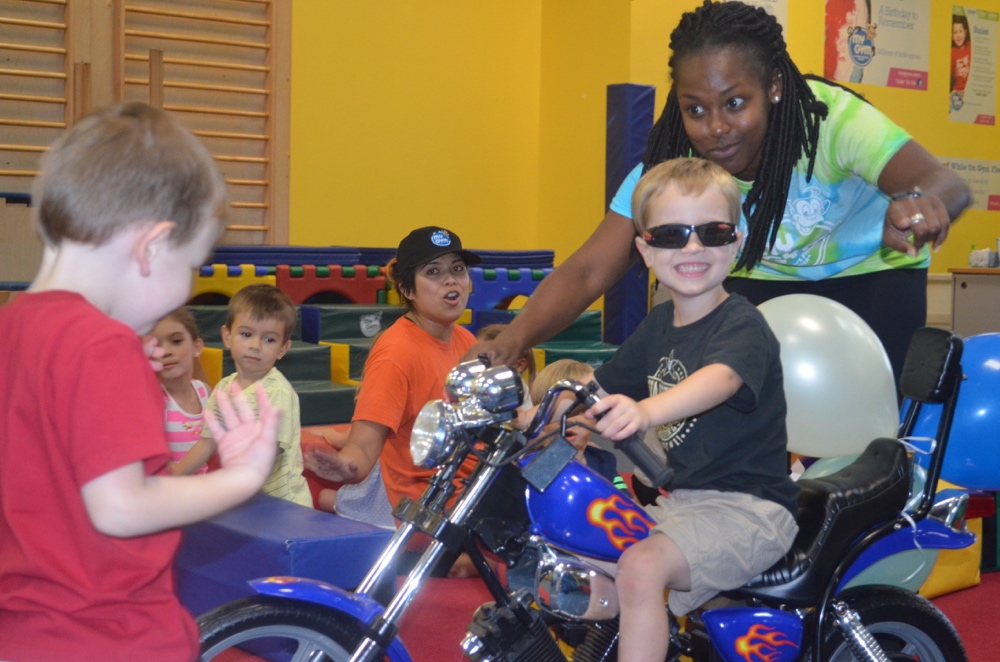 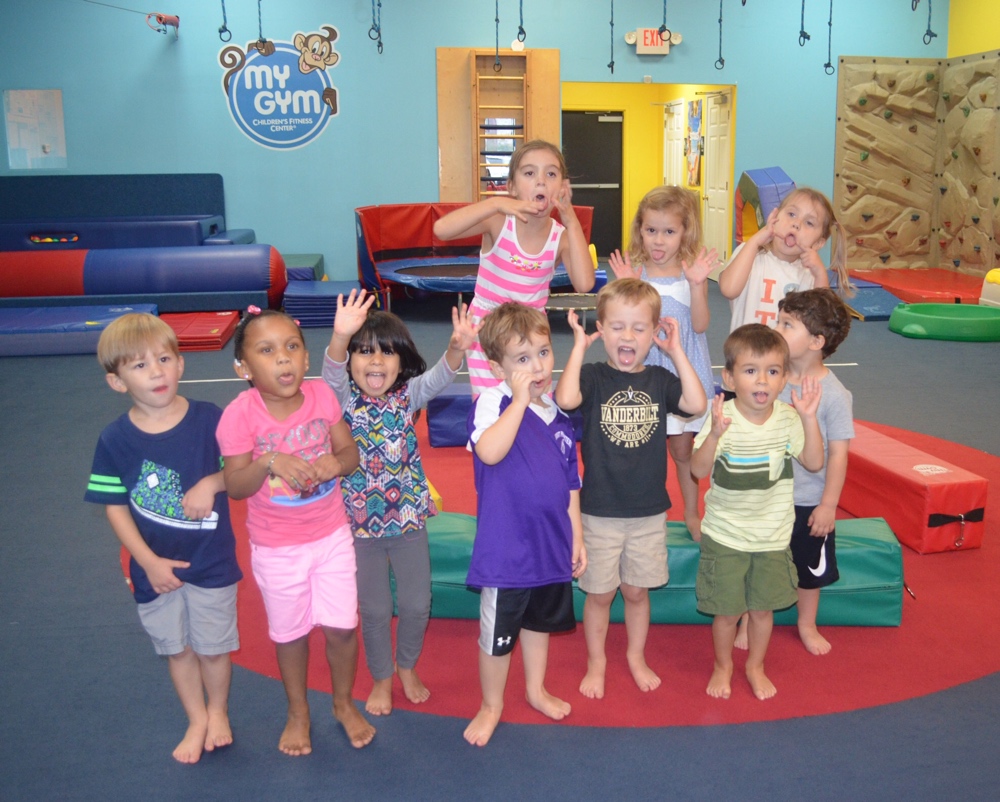 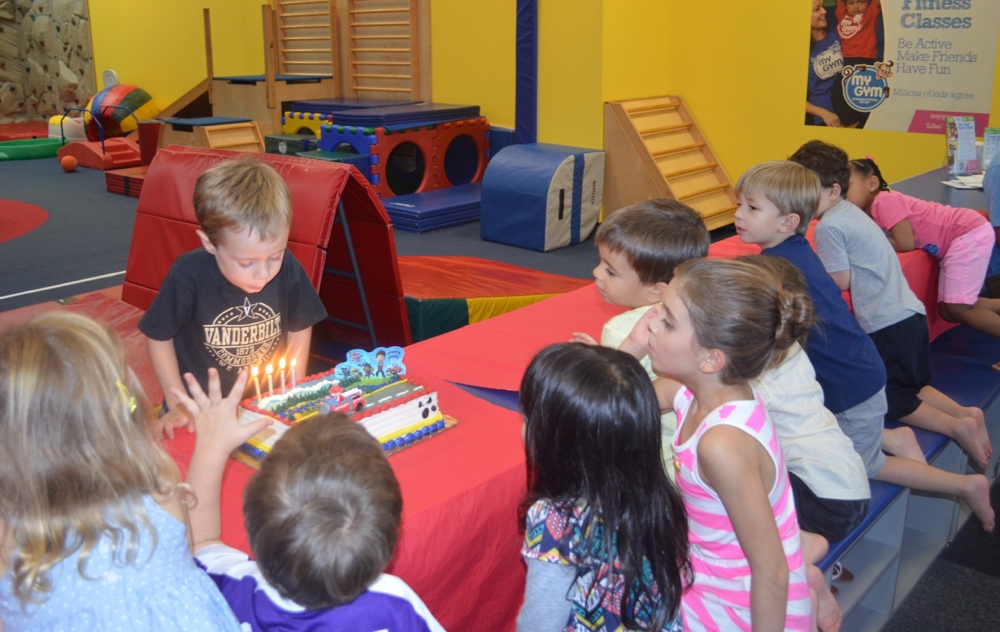 Wrapping up birthday month in Cincinnati.  I need to find the other pictures I took on this day.  But for now… 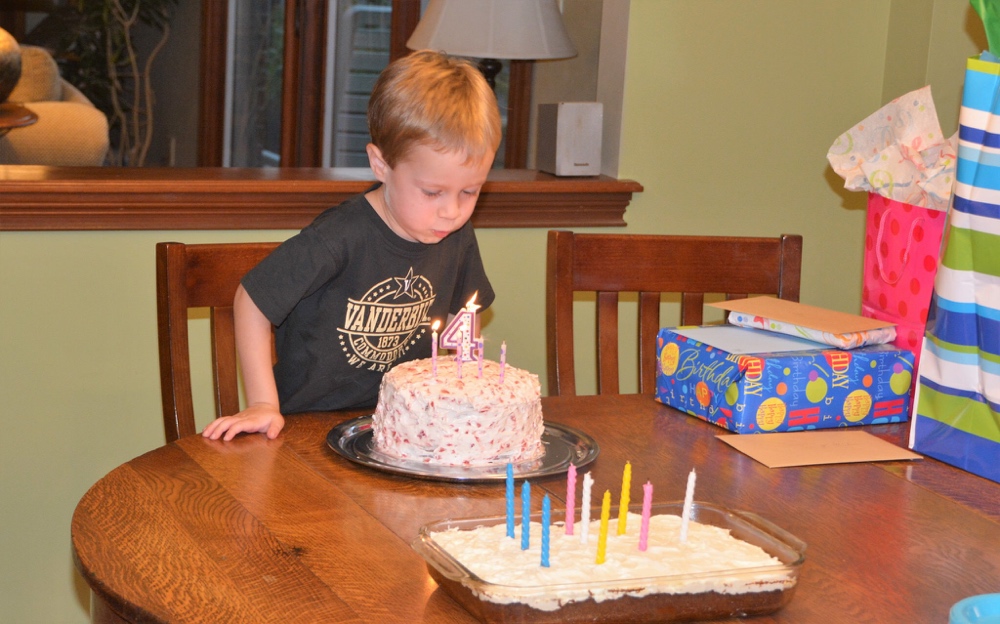 So as a lively 4 year old – Drew loves Paw Patrol (specifically Emery’s Skye pup), PJ Mask or other shows, trains, building things, going to the park, his friends at school (primarily the girls at the moment), drinks, ice cream after bath, his magical red blanky, playing with Emery, spaghetti, talking, Ted’s Montana Grill, Chicken nuggets, coloring, the beach, dancing, telling Alexa to play Kids Music, waking up at 5:30am and talking to himself loudly enough that he wakes Emery, scoring goals at soccer, trips to Cincinnati, reading books and going to school….just to name a few of his favorites. 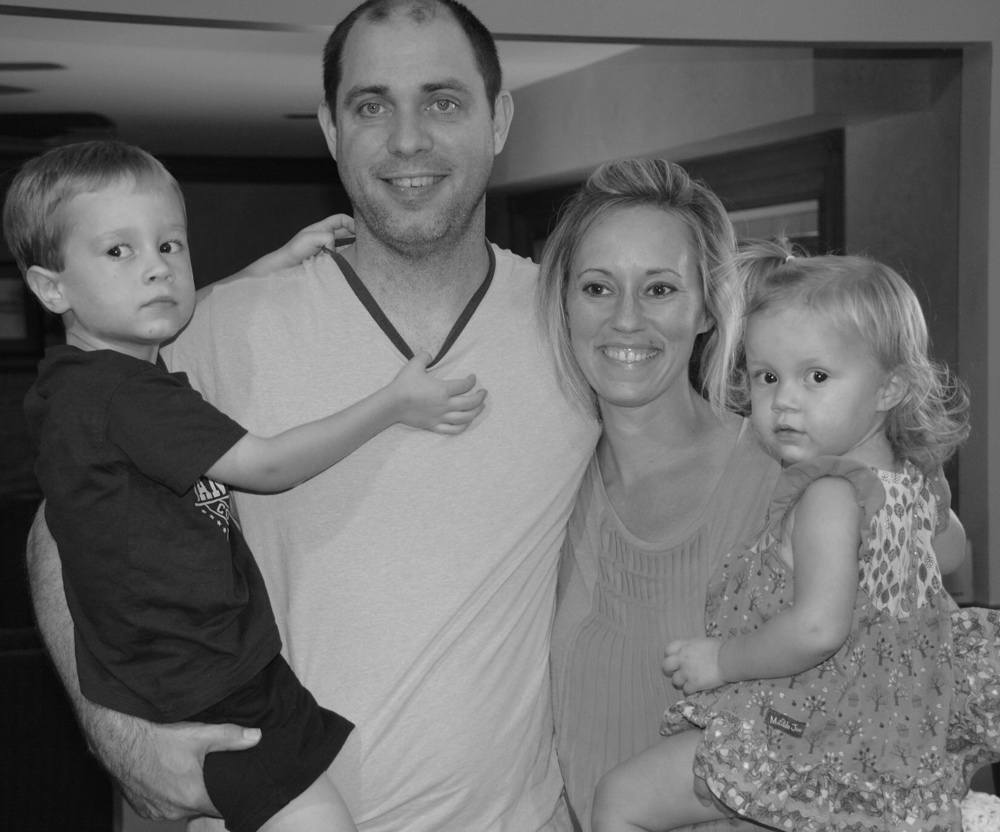